Grand Maket Rossiya: How a Russia miniature park was created in St. Petersburg 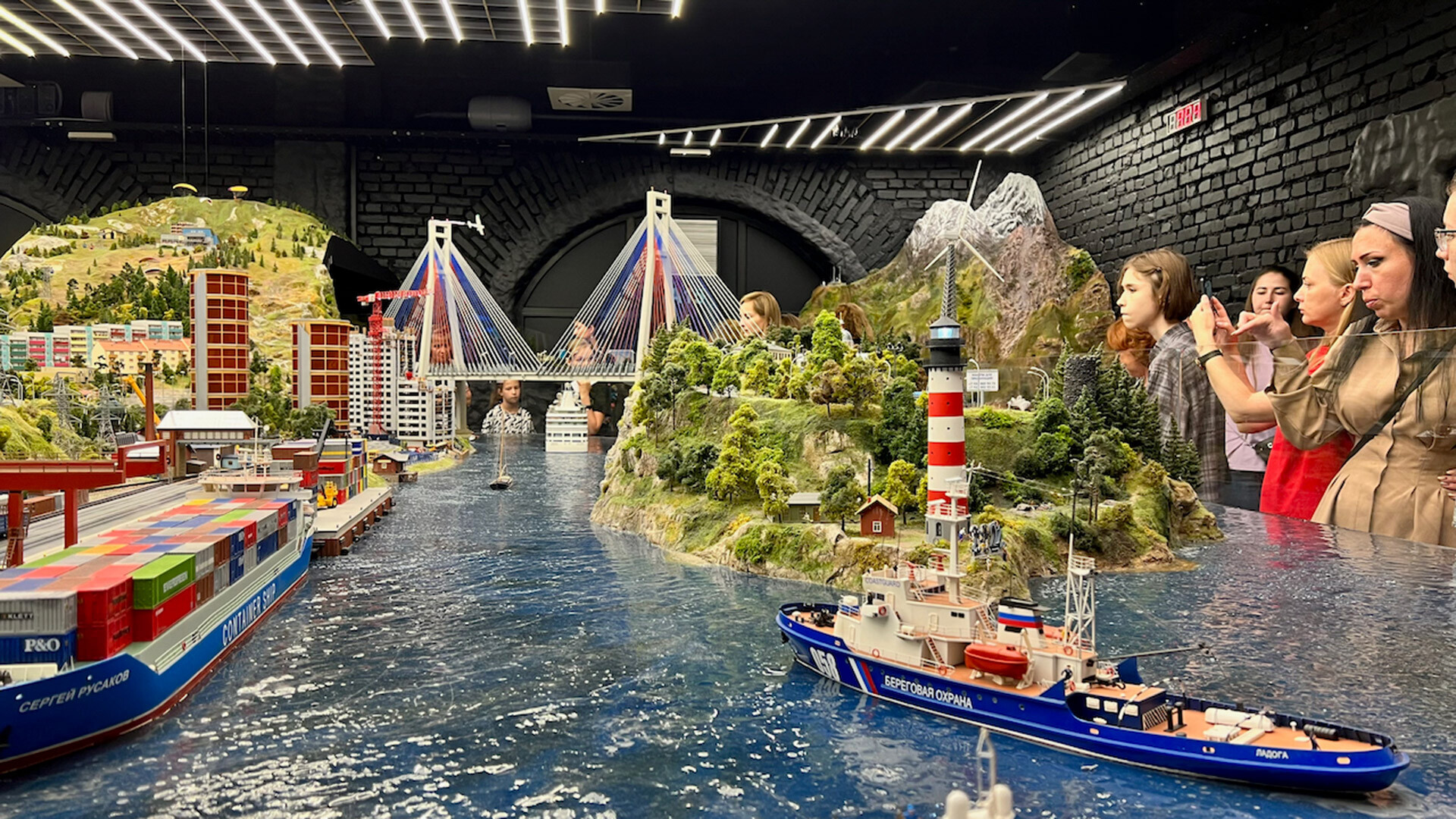 Yulia Khakimova
Is it possible to travel around the world’s largest country in only one hour? Yes, it is! Just visit the Grand Maket Rossiya Museum in St. Petersburg. 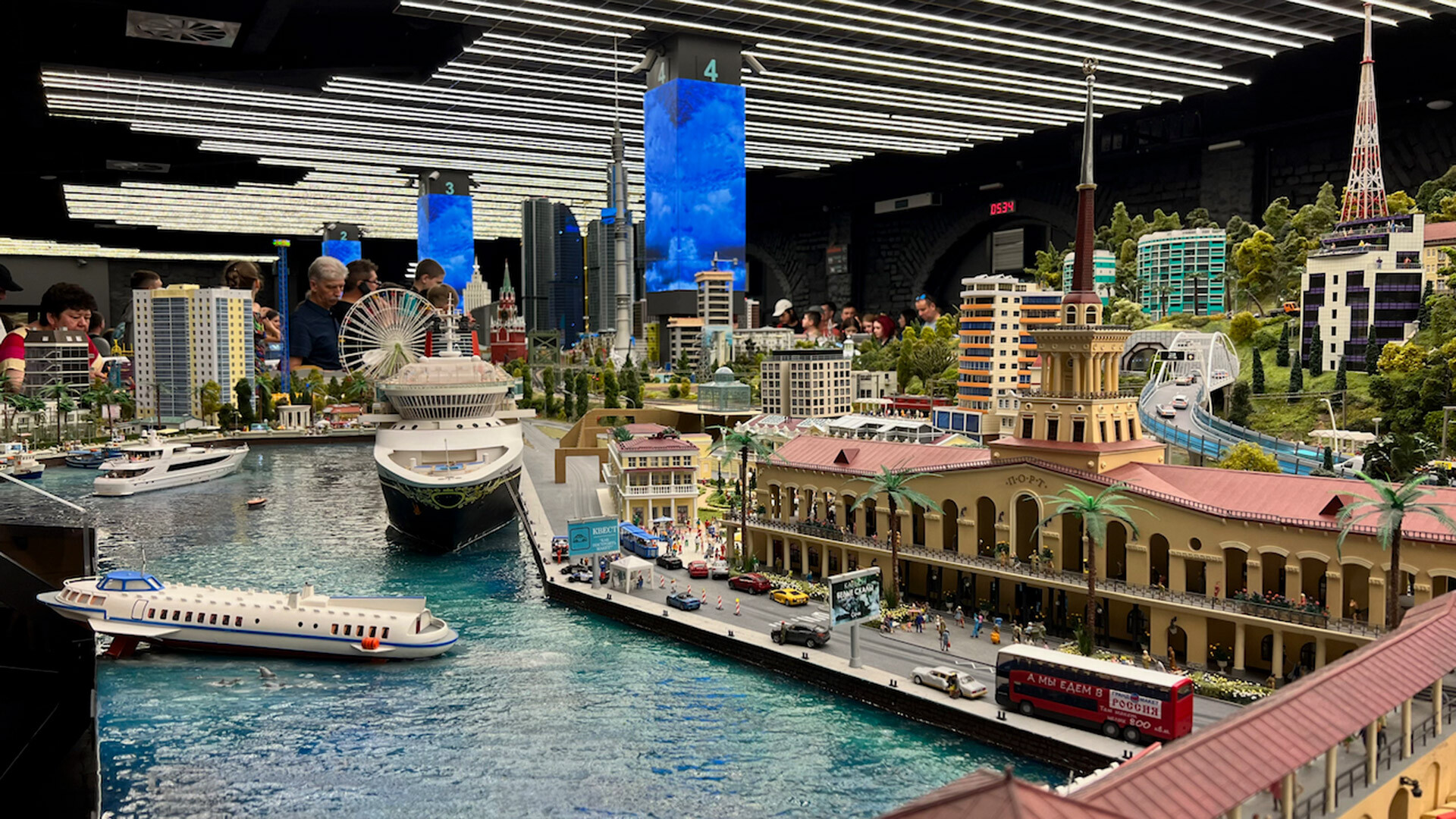 The project's creator, Sergey Morozov, together with about 150 specialists, worked 24/7 on building a 800 square meter-sized miniature Russia that shows the country’s daily life from Kamchatka to Kaliningrad. 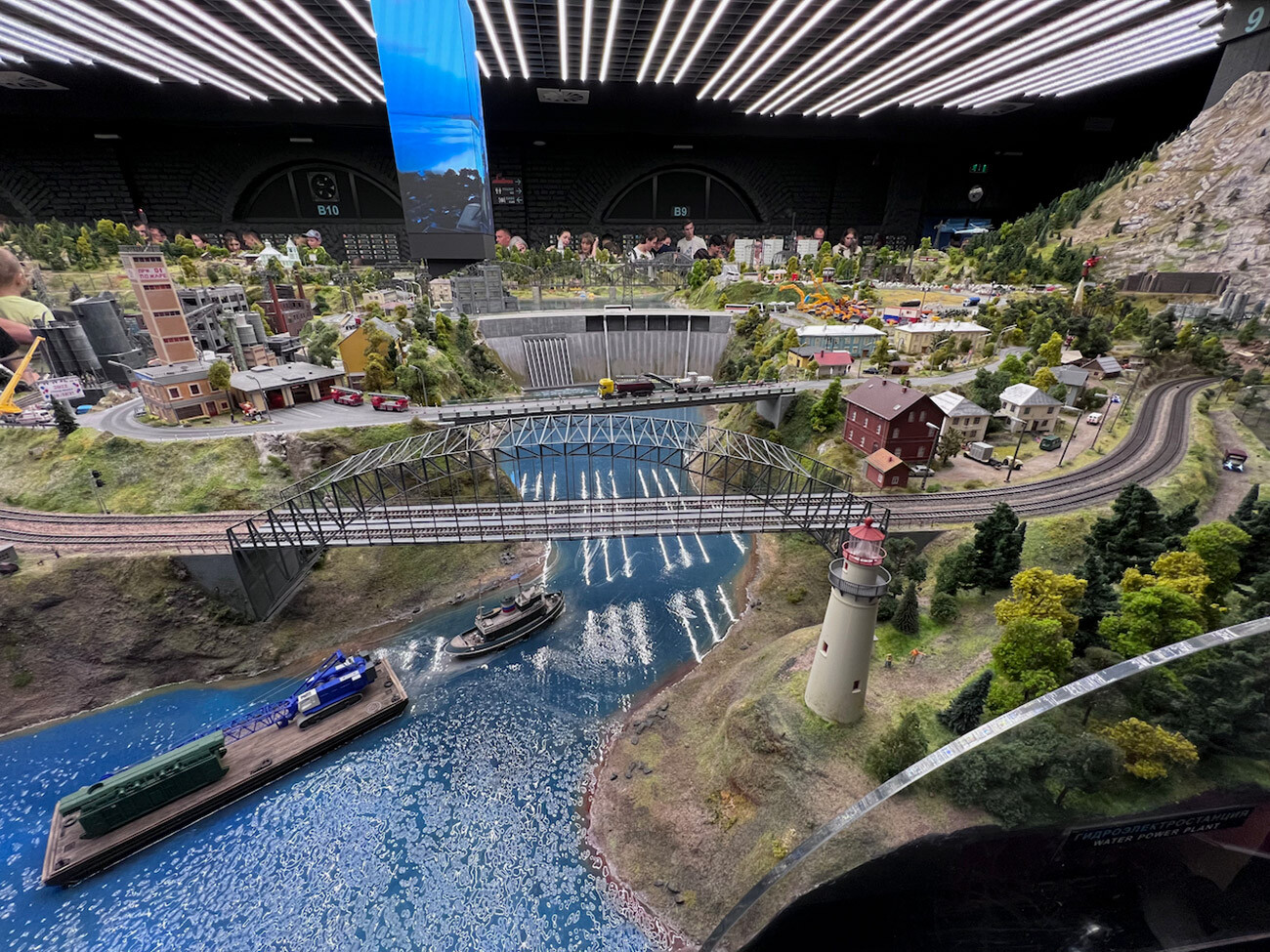 Tractors, trucks and trains going from west to east and back (a one-way trip takes 18 minutes) enliven the exposition. A soundscape enhances the real-life effect: helicopters rumble near military units, plane engines roar at airports, train arrivals are announced at train stations, seagulls shout on the coast, and St. Petersburg welcomes you for walks along rivers and canals. 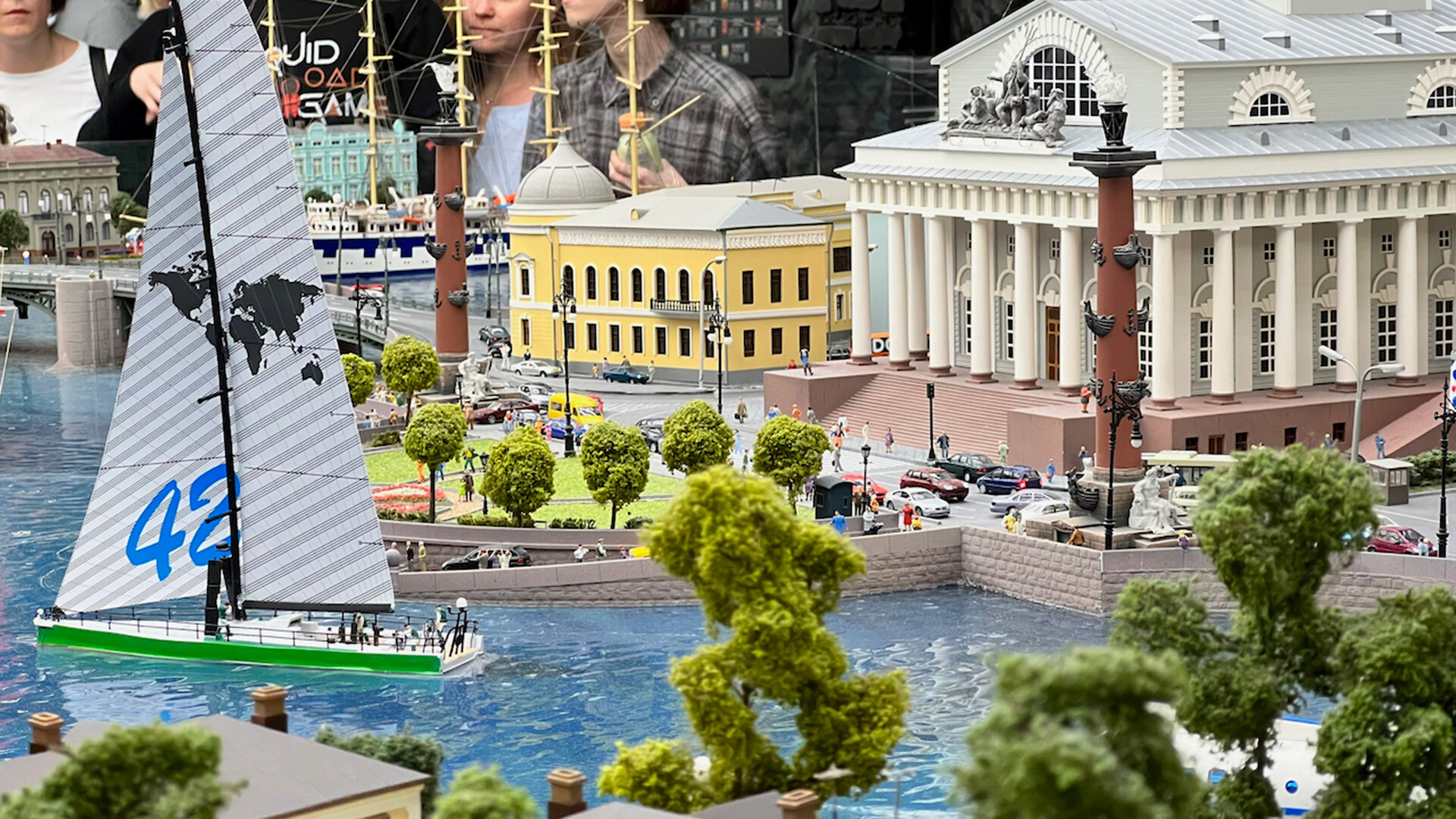 “Our miniature park is an artistic, conglomerate view of the Russian Federation. If we were to depict all Russian cities in every detail, the park would have an area of a dozen stadiums. Nevertheless, we kept the geographical accuracy. As in real life, our day begins in the east,” says Elena Tsvetkova, the Museum Development Director. 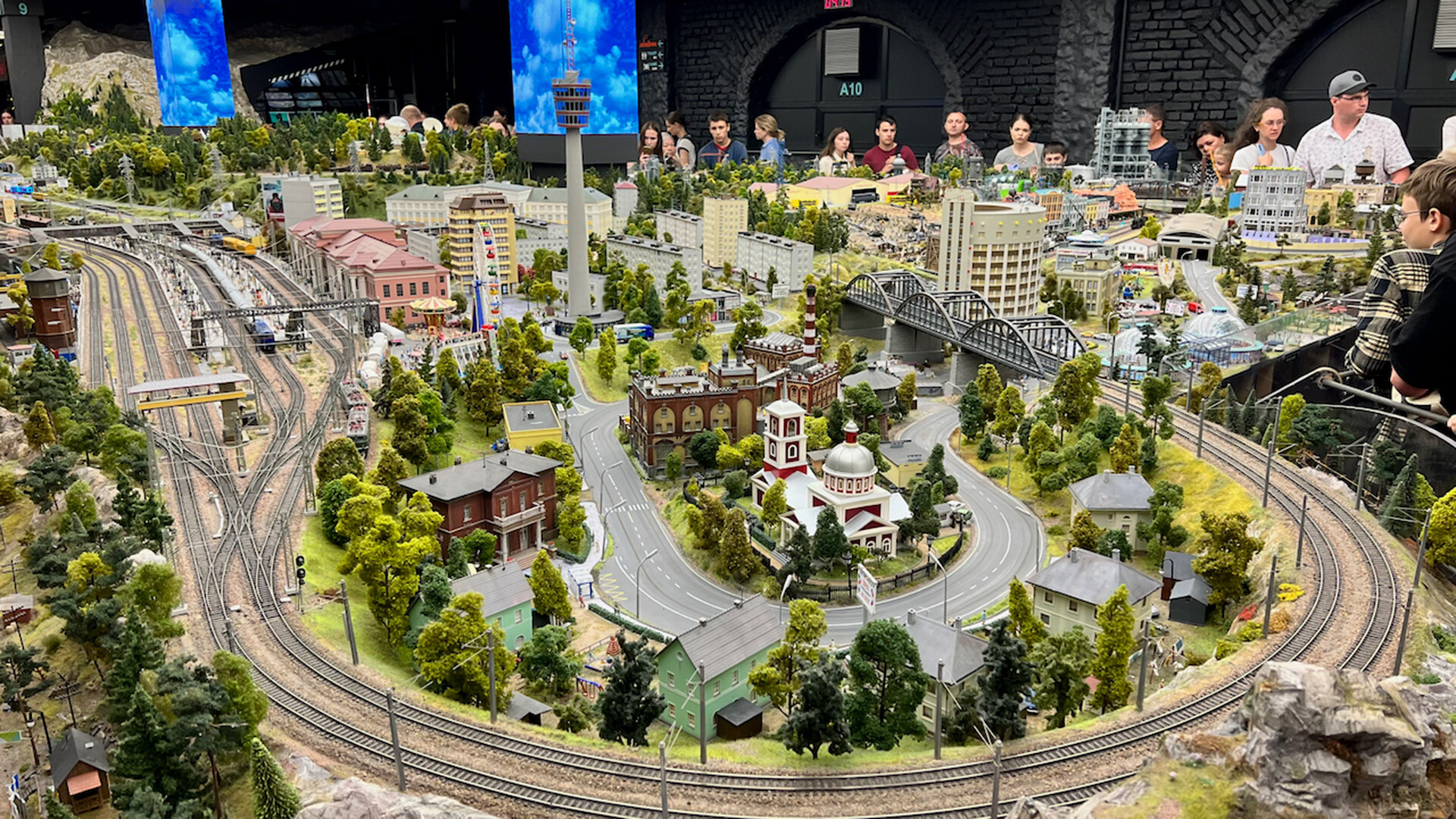 The lights on the right side of the park go out, and city lights in miniature Russia switch on. The Russian tricolor illuminates the sky of the exposition space.

One day in miniature Russia lasts 15 minutes: 13 minutes - day, 2 minutes - night. “Nightlife in the park automatically begins when our artificial sky goes dark. The street lights turn on, the windows in houses light up: everything is just like in reality!” says Elena. 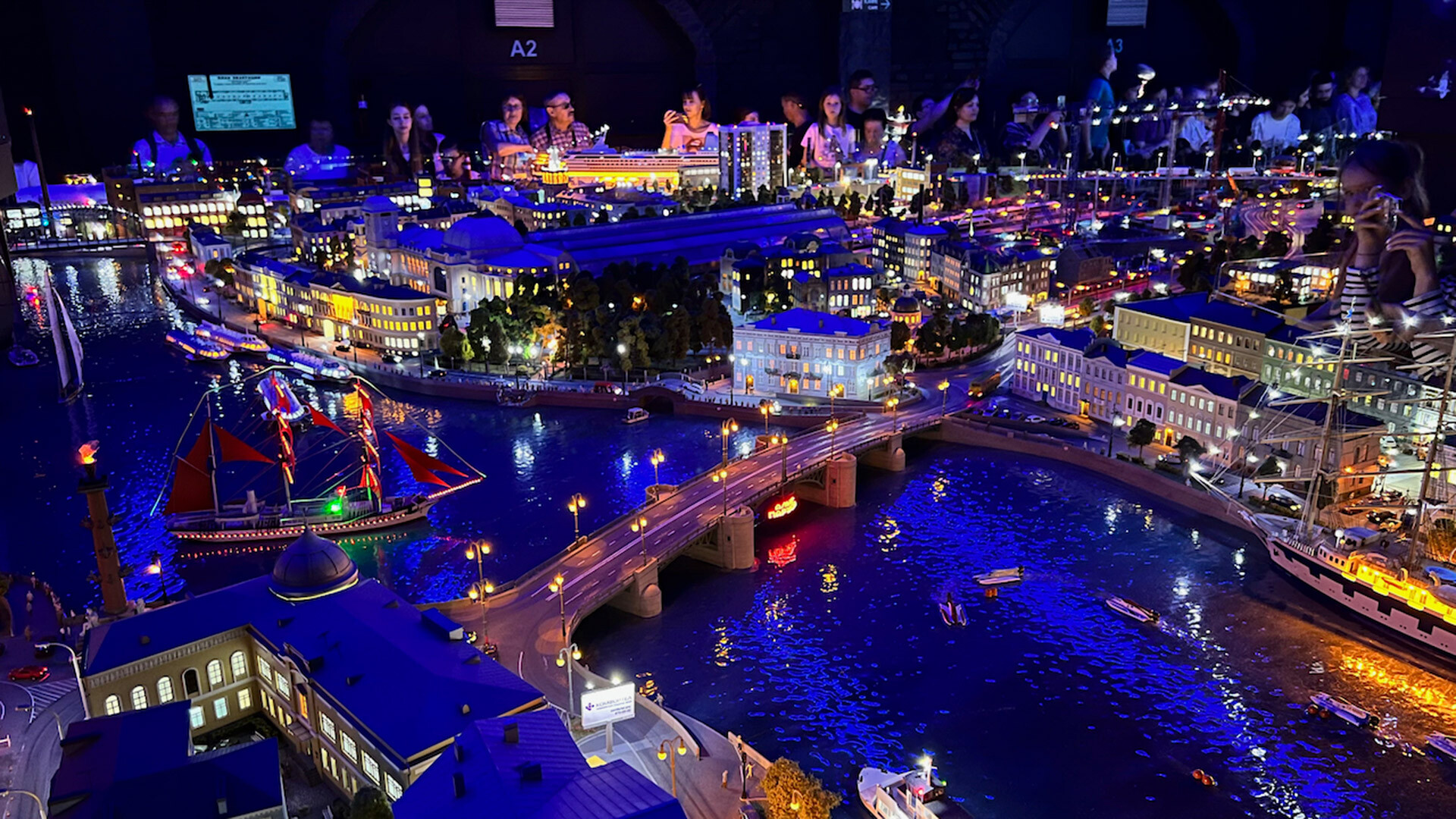 The Ural Mountains run through the middle of the park. Visitors stand at the crossroads here: Europe is to the left, and Asia is to the right. Above the viewers’ heads is an “aerial” bridge for trains: a transparent plastic tube through which trains ride. A monitoring station for road and railway traffic is also here.

Automotive motion, used in scale modeling for the first time in the world, uses electromagnetic induction as a power source for cars. Moreover, cars illuminate the night road with their headlights, react to stop lights, and even use turn signals. Buses pull in strictly at bus stops, and trucks drive into warehouses.

“They’re like fish in an aquarium: they never go outside the park and they never collide with one another. On roads, the cars choose their own routes. The transportation system is our technical know-how, which no one has managed to repeat: the software and hardware are developed and produced in the museum’s workshop,” says Elena. 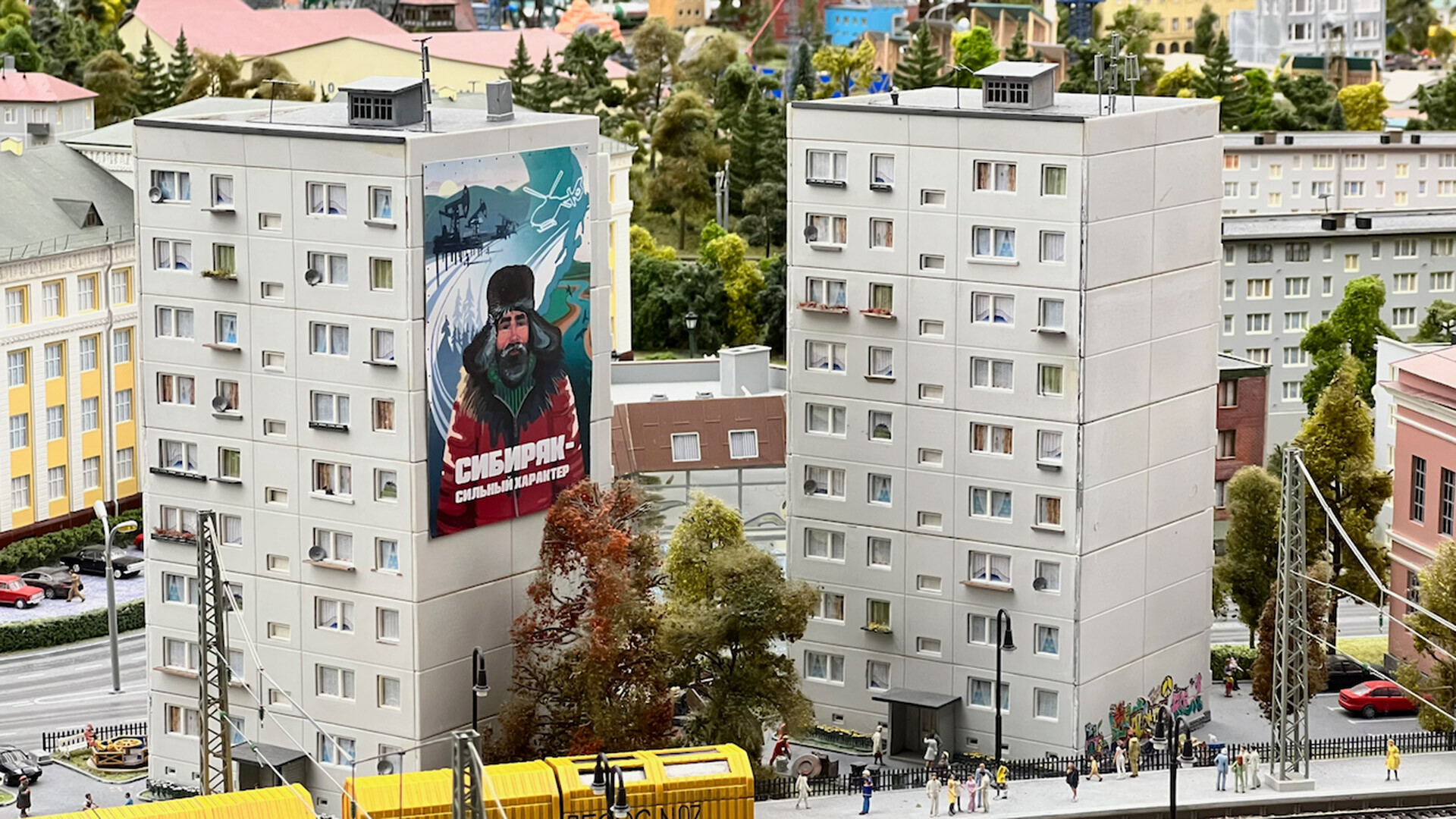 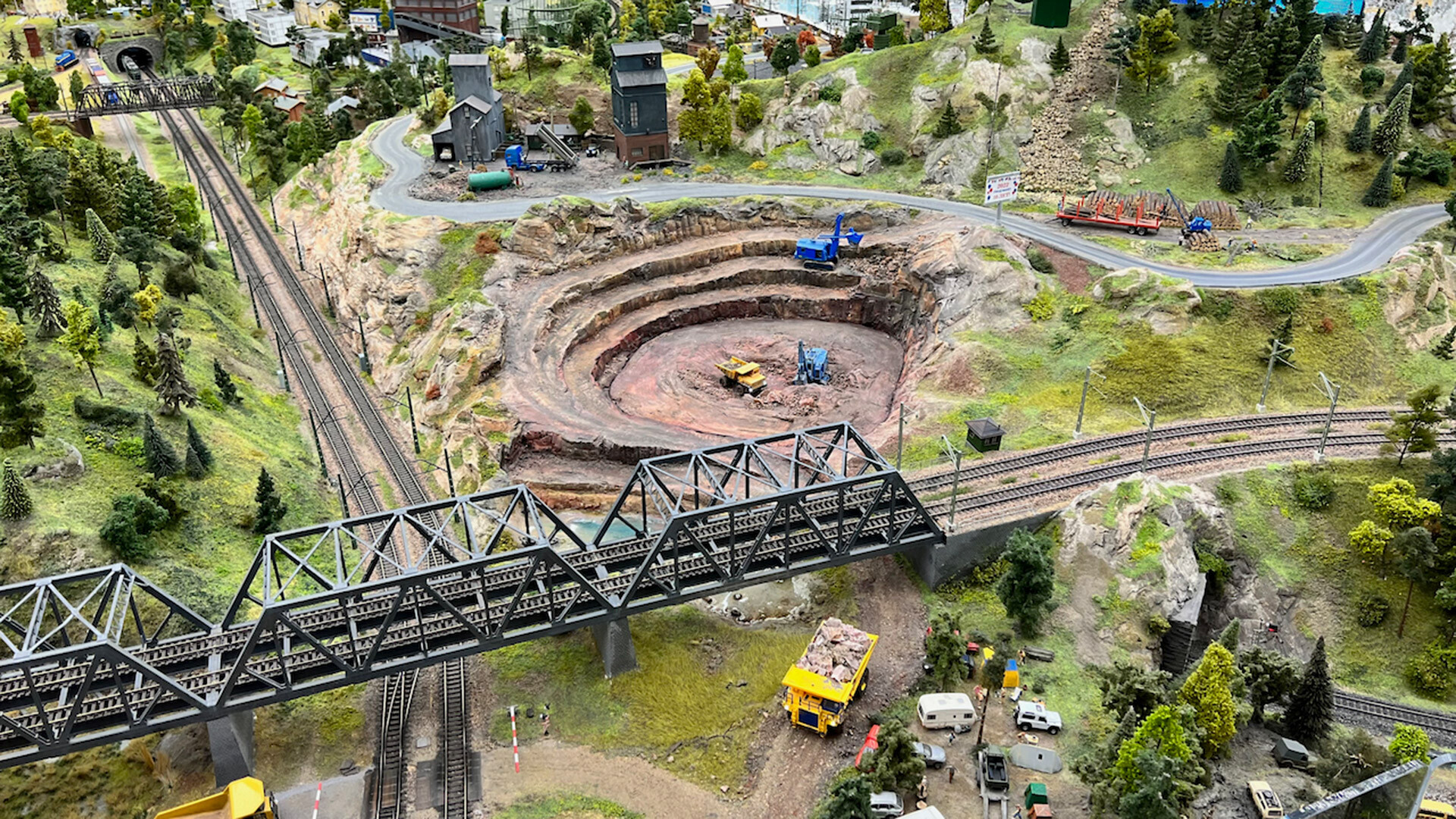 Some scenes are stationary. But they are meant to demonstrate the everyday life of Russians in the countryside and factories, at train stations and in hospitals, on city streets and in mines. 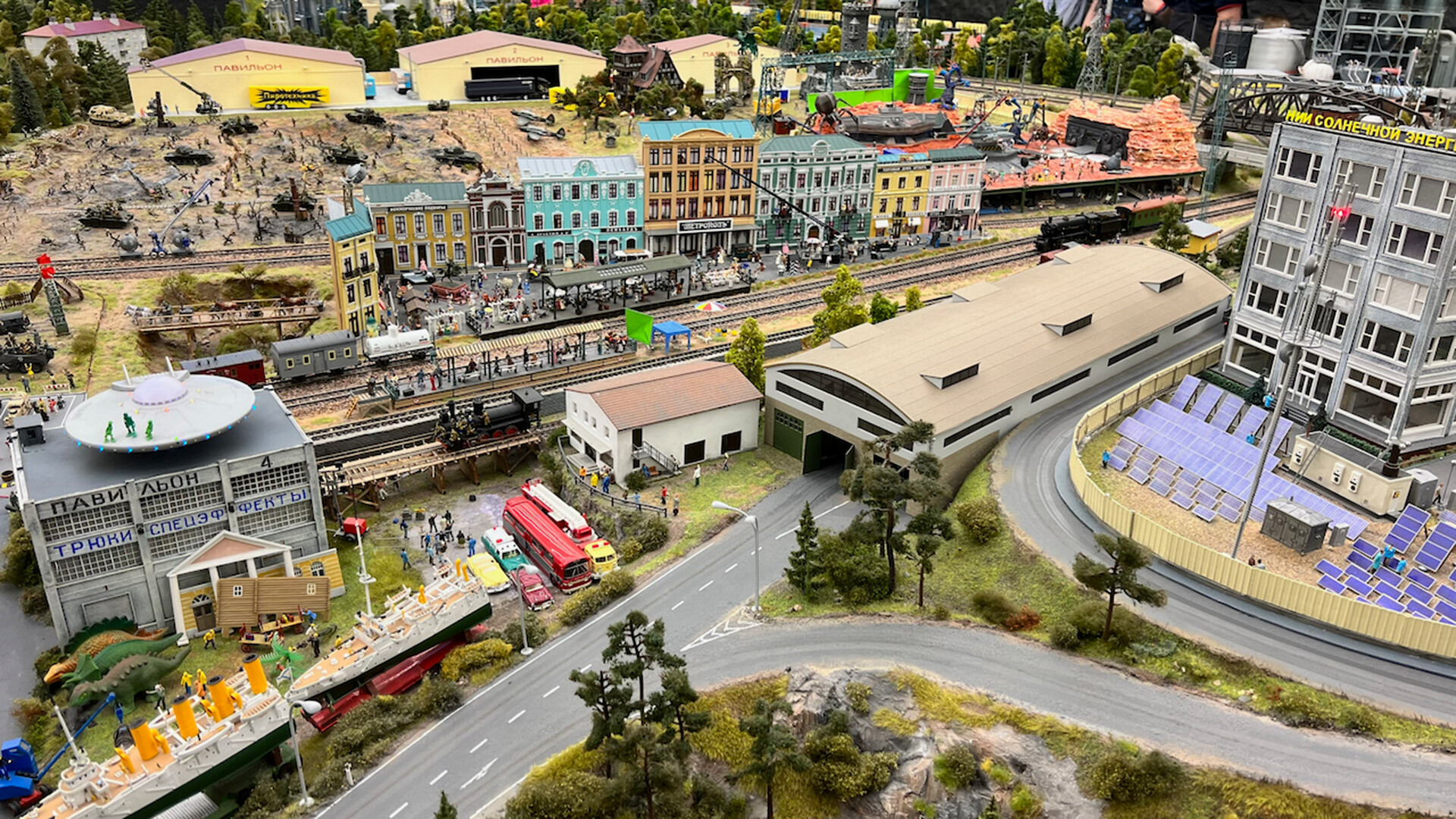 “Nobody knows how many human figures are in the exhibition. There are hundreds of thousands. But none of them are purposeless: each lives its little fate, so the park is a living organism. Railway traffic is its blood vessels, all electronics are its mind, and people are its heart,” says Elena. 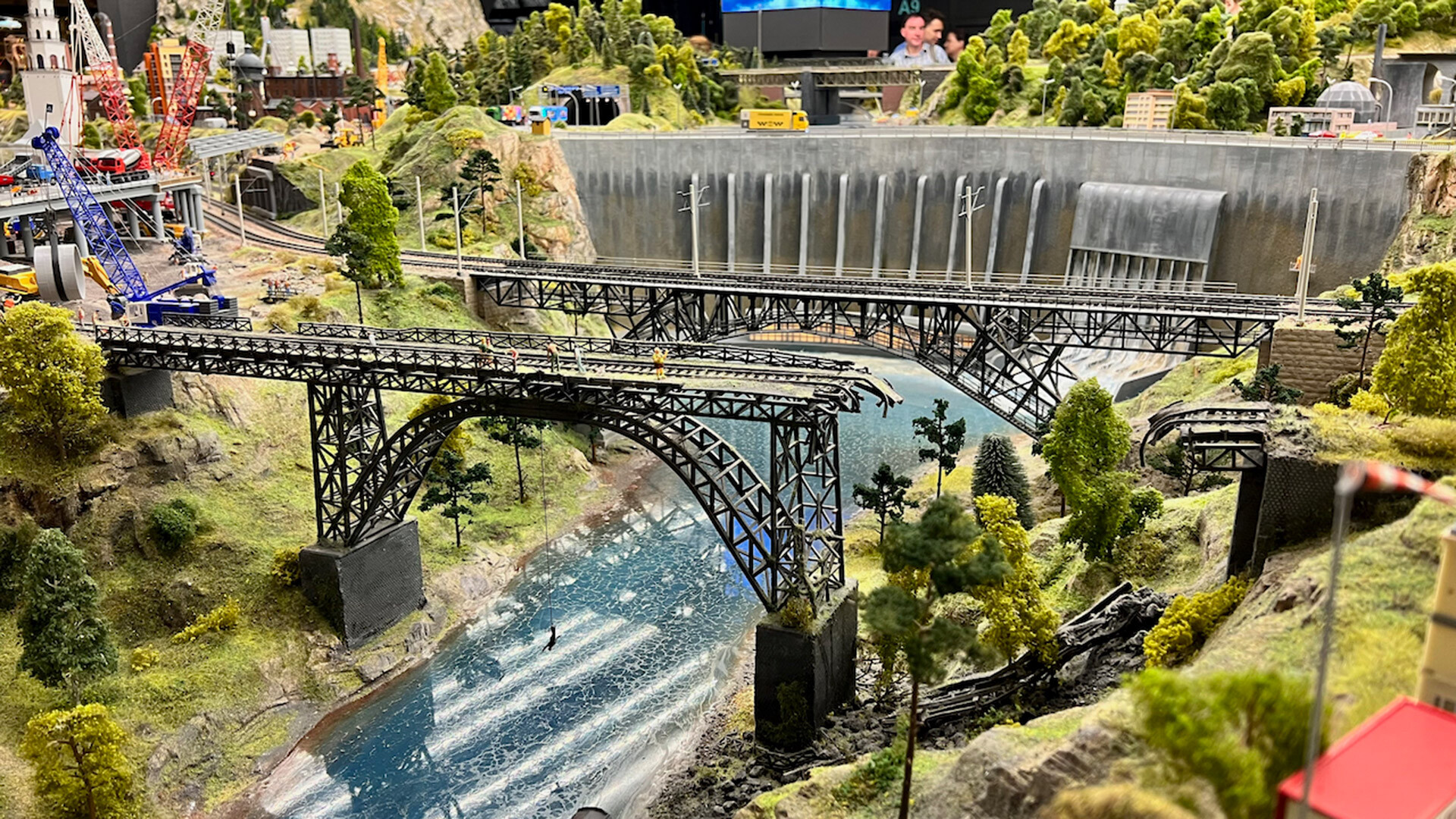 There are also entertaining scenes. In Siberia, men play dominoes. In St. Petersburg a wife throws her cheating husband’s things on his head from a balcony. Somewhere in the Urals a TV crew reports about mysterious crop circles, and prisoners are trying to escape by digging their way out, not knowing that they’ll end up in the warden’s cabin. A mysterious Gogolesque devil sits in a cemetery. Such “Easter eggs,” allusions, and references are hidden throughout the miniature park. 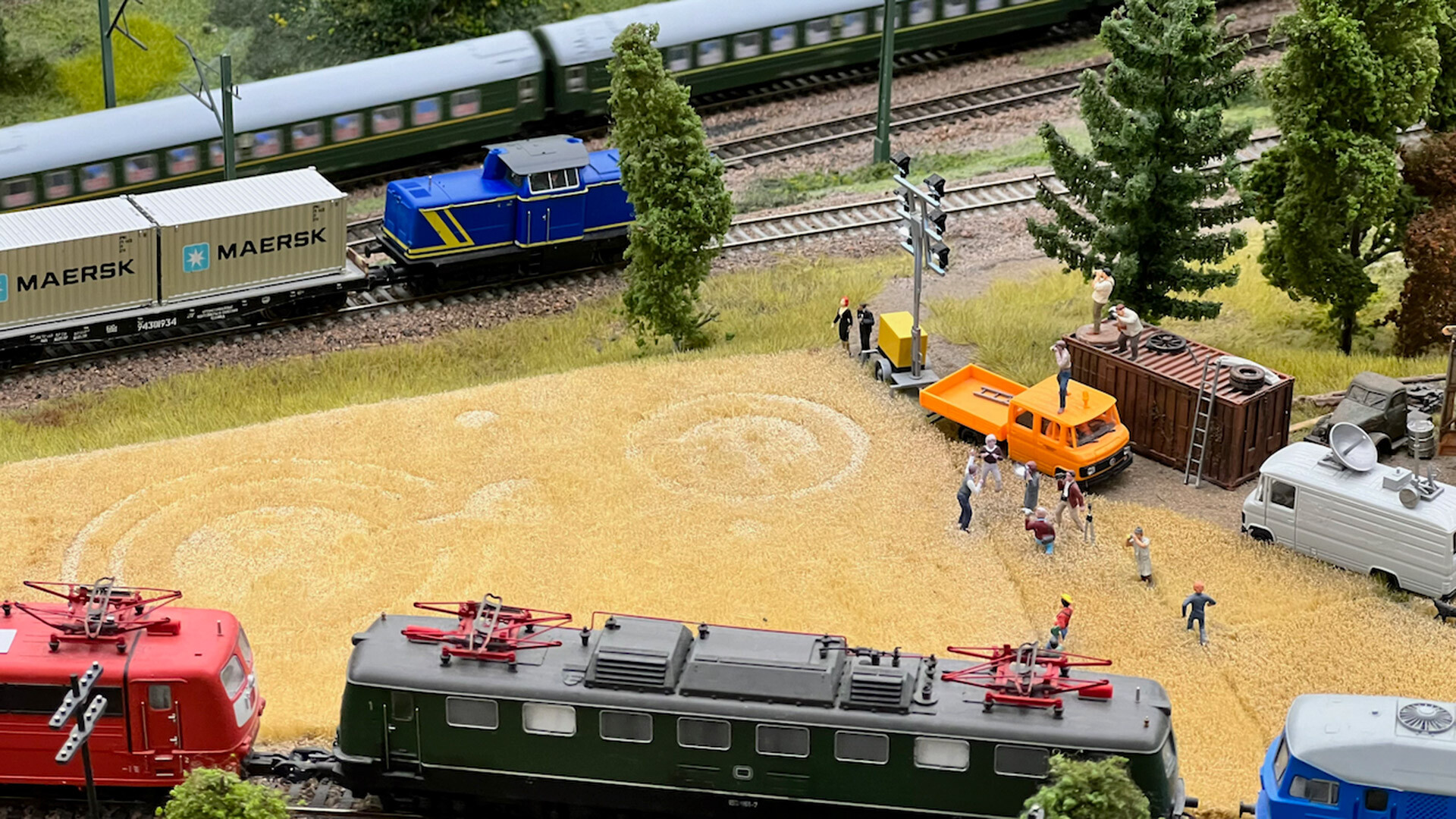 According to the authors’ main idea, the exposition is designed to show life in Russia as clearly as possible. Here you can find key industrial structures, geographical objects and the main sights. One of the most popular exhibits among visitors is a volcano in Kamchatka. At night, when the lights go out in the hall, an amazing ‘show’ begins in the Far East.

The creators aso depicted important historical milestones in Russian history - the Bolshevik Revolution and the Second World War - on a movie set as if the “residents” of this miniature Russia were filming the arrival of the Tsarist family’s train and the Battle at the Kursk Bulge. The model also has its Immortal Regiment: 520 figures carry portraits of war heroes. They depict real war veterans - grandmothers and grandfathers of the museum staff. 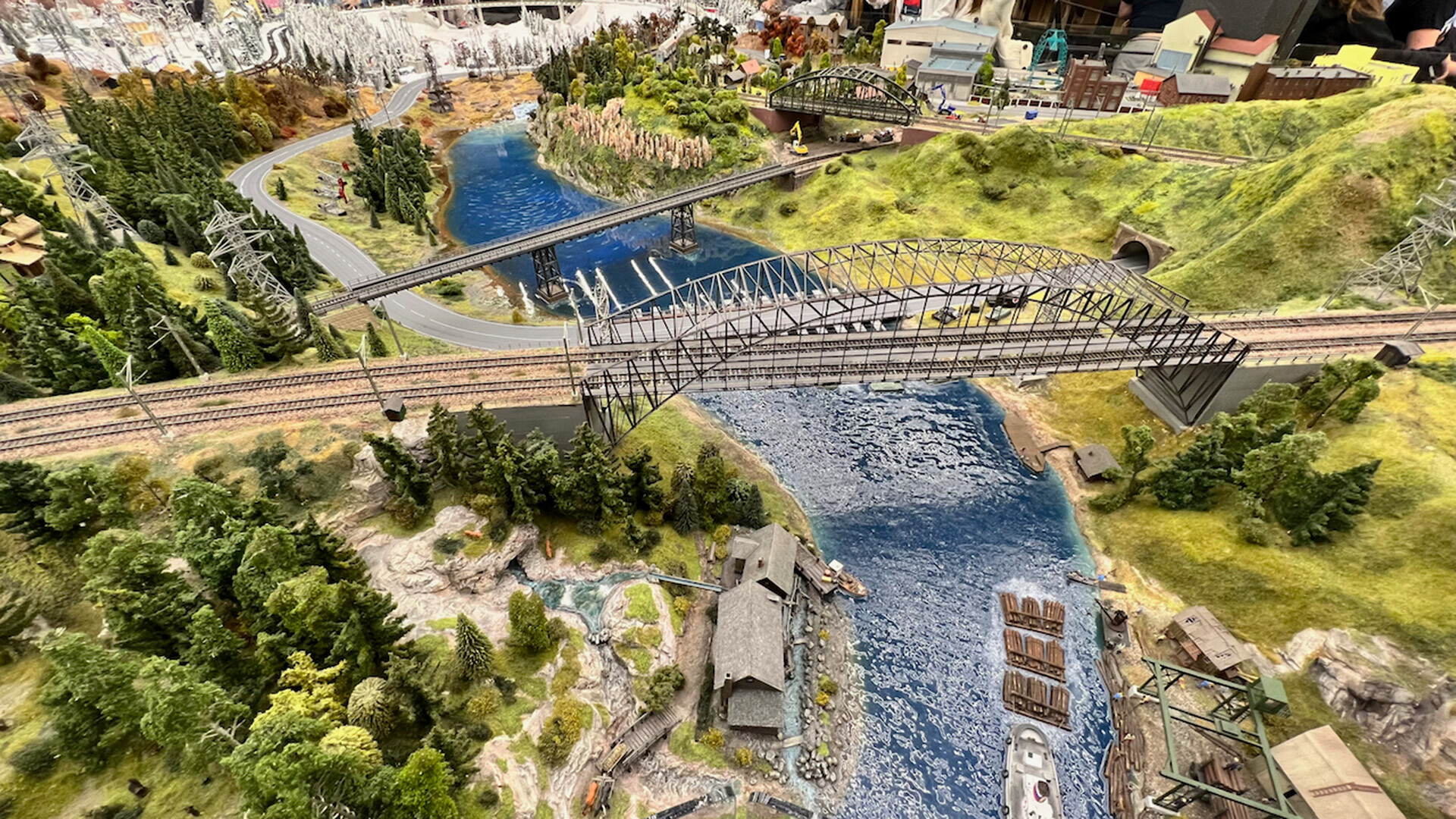 On June 8, the museum celebrated 10 years. Gradually the exposition is being updated. Objects dedicated to the Olympics and even the pandemic have appeared in the field. Before the global lockdown, the Grand Maket Rossiya was visited by many foreign tourists, and there were times when citizens from 18 countries were in the hall at the same time, says Yelena. 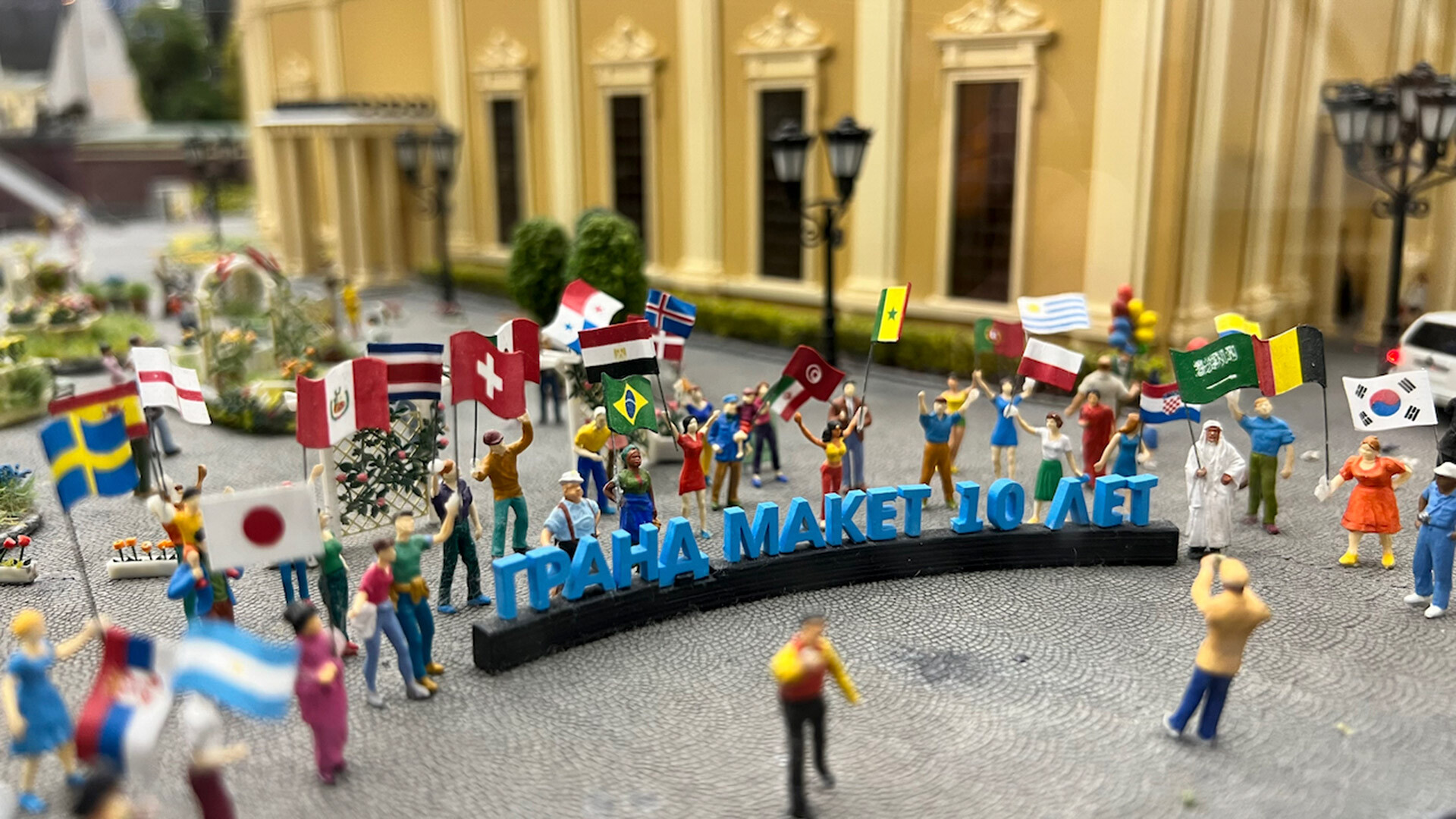 It can take up to five hours to walk around the park and take a close look at all the details and scenes. But this experience is only a teaser, hopefully inspiring  us to find new travel routes to explore and to know Russia even better. 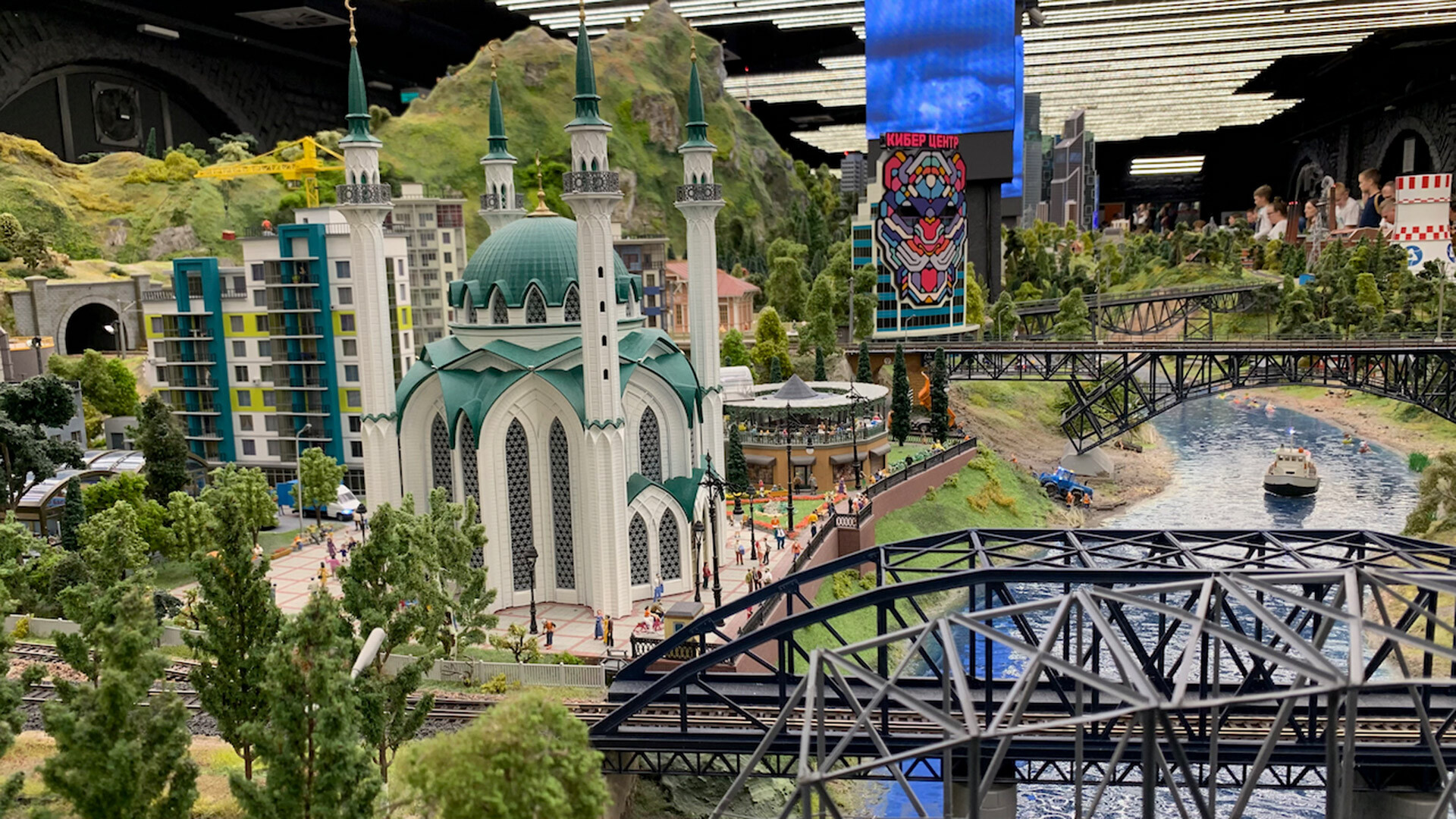