5 most interesting routes for a road trip in Russia 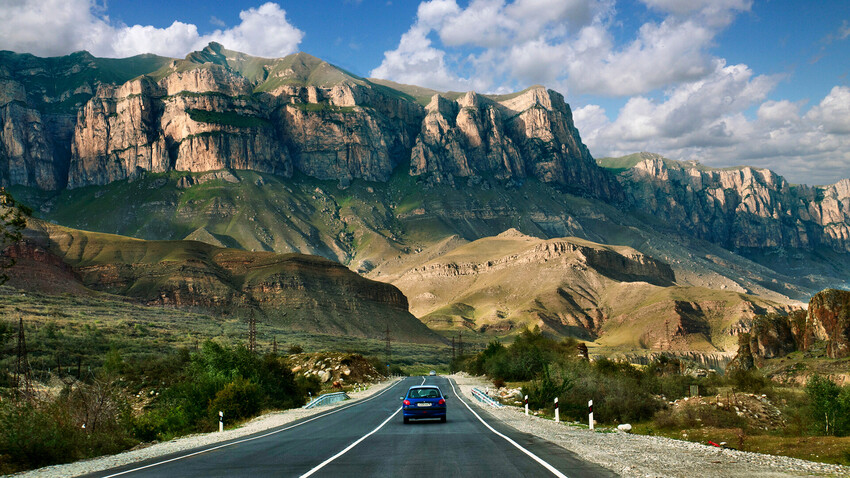 Legion Media
Tundra, sea and mountains - here are the best routes to travel on for those who prefer exploring everything on wheels.

One of the most famous and popular tourist routes among foreigners was created back in the 1960s by journalist Yuri Bychkov. He was first to come up with the idea that a journey through ancient cities to the northeast of Moscow could be looped. Thus the ‘Golden Ring’ appeared. The original route included eight cities:

Each of the cities has preserved its historic center, ancient churches (starting from the 12th century) and the incredible authentic charm of old Russia. 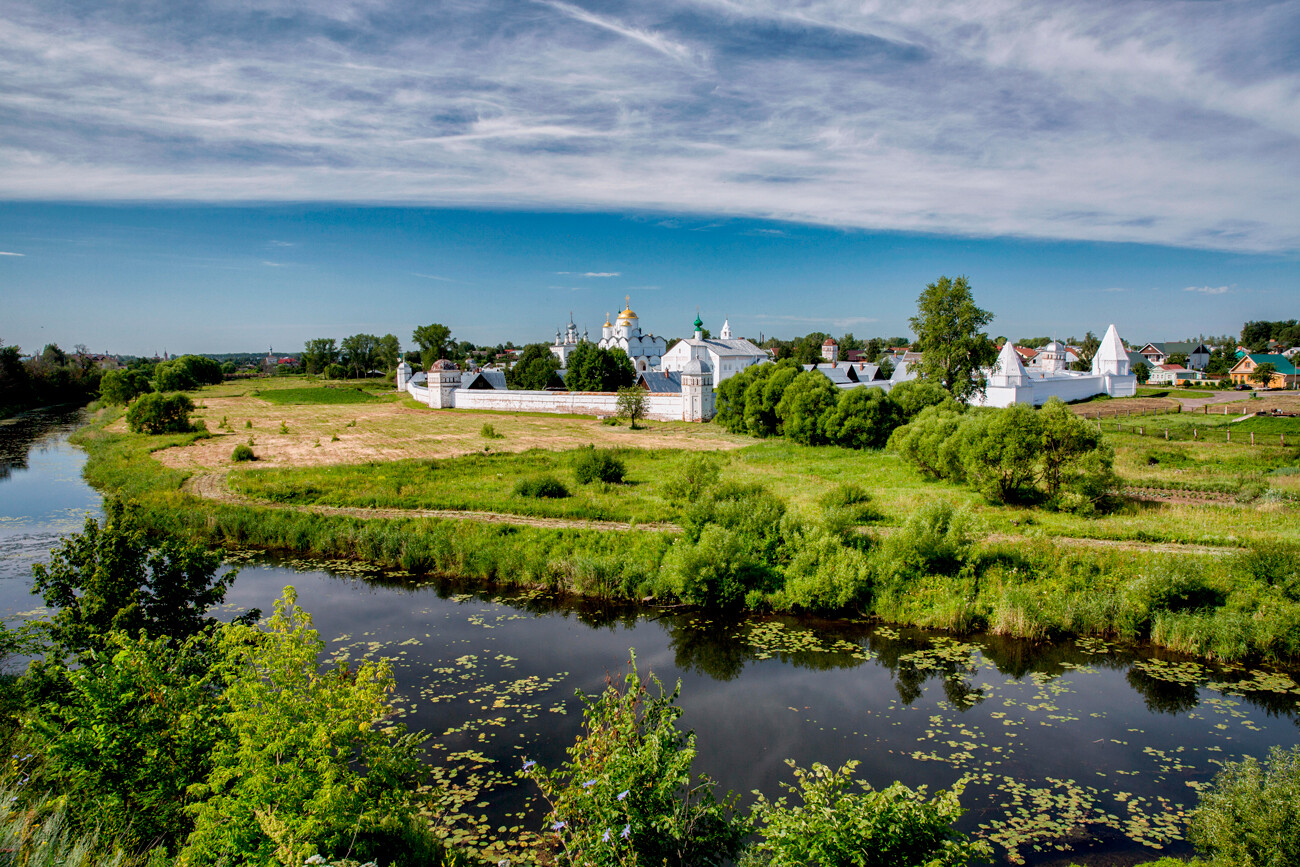 Today, the ‘Golden Ring of Russia’ has become so popular that many cities strive to join it and become part of the main cultural heritage of the middle zone. Among the worthy ones, we will mention Plyos, Rybinsk, Kalyazin, Murom and Myshkin. In any case, in the dozens of settlements along the way, you will see stunning temples and museums of folk crafts and, of course, great restaurants with Russian cuisine.

You can start the trip from St. Petersburg and drive around Lake Ladoga to the town of Sortavala. After spending the night there, early in the morning, go to the Ruskeala Nature Park to enjoy all the variety of Karelian nature (and traditional cuisine) at once (read more about Ruskeala here). 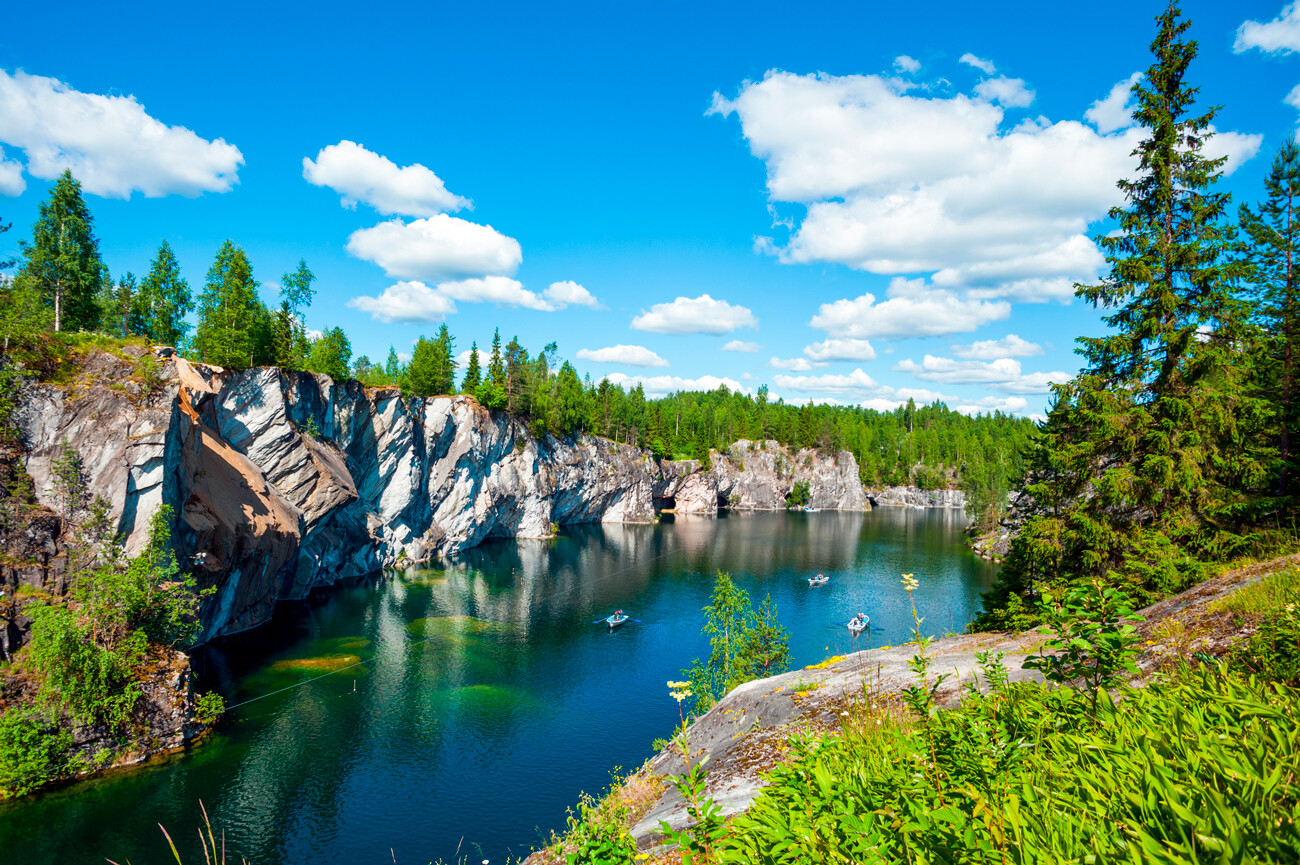 After that, go to Petrozavodsk, the capital of the republic, which is on Lake Onega. Straight from there, you can take a boat or a ferry to Kizhi Island, where the unique wooden churches of the 18th century are located (or you can take a small detour by car, approaching as close as possible, but you still have to take a boat to the island). Petrozavodsk is roughly five hours drive from  St. Petersburg.

Find out about other beautiful places worth visiting in Karelia here. 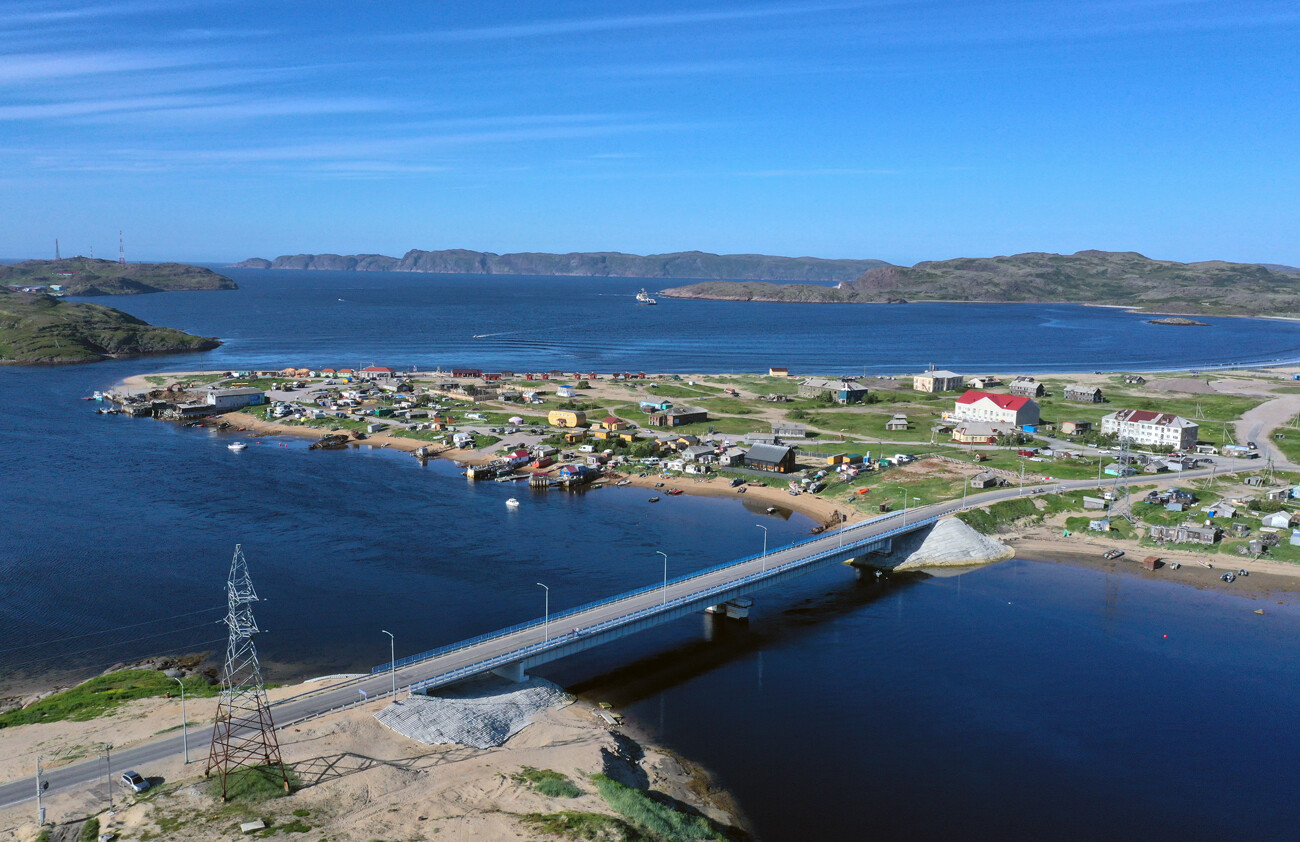 Right from Karelia, intrepid travelers can go even farther, to the “true north”. Having driven all over the country, Andrey Artyukhov, president of Russia’s League of Caravaners, advises to choose one of two routes, both very beautiful and informative, from the point of view of nature and cultural heritage. 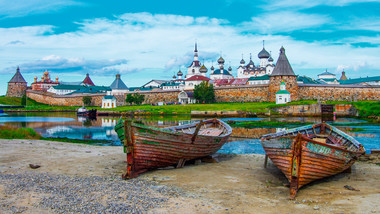 5 most beautiful places in the Russian North (PHOTOS)

The first route runs through all of Karelia and up to the Kola Peninsula and Murmansk Region. “The way from Murmansk to Zapolyarny is the most beautiful road through our northern Arctic tundra,” Andrey says and also advises visiting the famous Teriberka, a village on the White Sea where Andrey Zvyagintsev filmed the movie ‘Leviathan’. “The route turns out to be circular and, on the way back, you can see Karelia from the other side.”

The second route is going to Arkhangelsk. “This is a completely different direction, although it’s also the Arctic zone, but it is the place to enjoy the true ‘Russian North’,” Artyukhov explains. The route runs through ancient cities such as Vologda, Vytegra and Medvezhyegorsk. Along the way, you may see ancient churches and monasteries and also village houses with carved platbands and, of course, the most beautiful northern nature - coniferous forests and lakes. 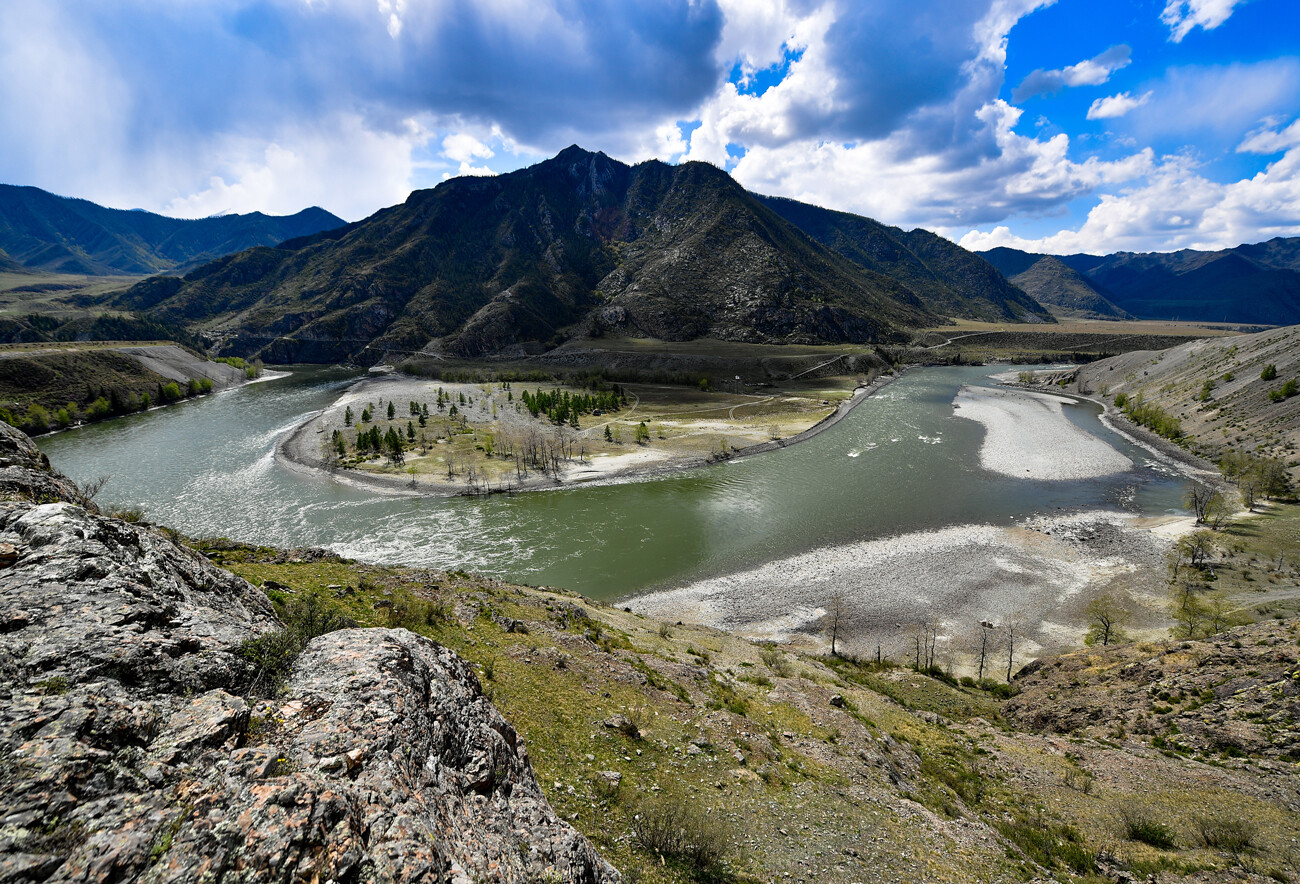 A place of the Chuya and Katun rivers confluence

The Altai Mountains are a real place of strength and the ‘Chuisky Tract’ highway is considered to be, perhaps, the most scenic road in Russia. You can start your journey from another region, the very heart of Siberia - Novosibirsk - and end up driving almost a thousand kilometers to the border with Mongolia. On the way, you will pass such major cities as Barnaul (the capital of the Altai Territory), beautiful Biysk and, finally, Gorno-Altaisk, the capital of the Altai Republic.

This historic trade road, also called the ‘Siberian Silk Road’, begins in the steppe, runs along the banks of the Ob River and the mountainous Katun River and then crosses the Cherginsky Ridge, leading right into the Altai Mountains.

Watch our adventure on the Chuisky Tract here. 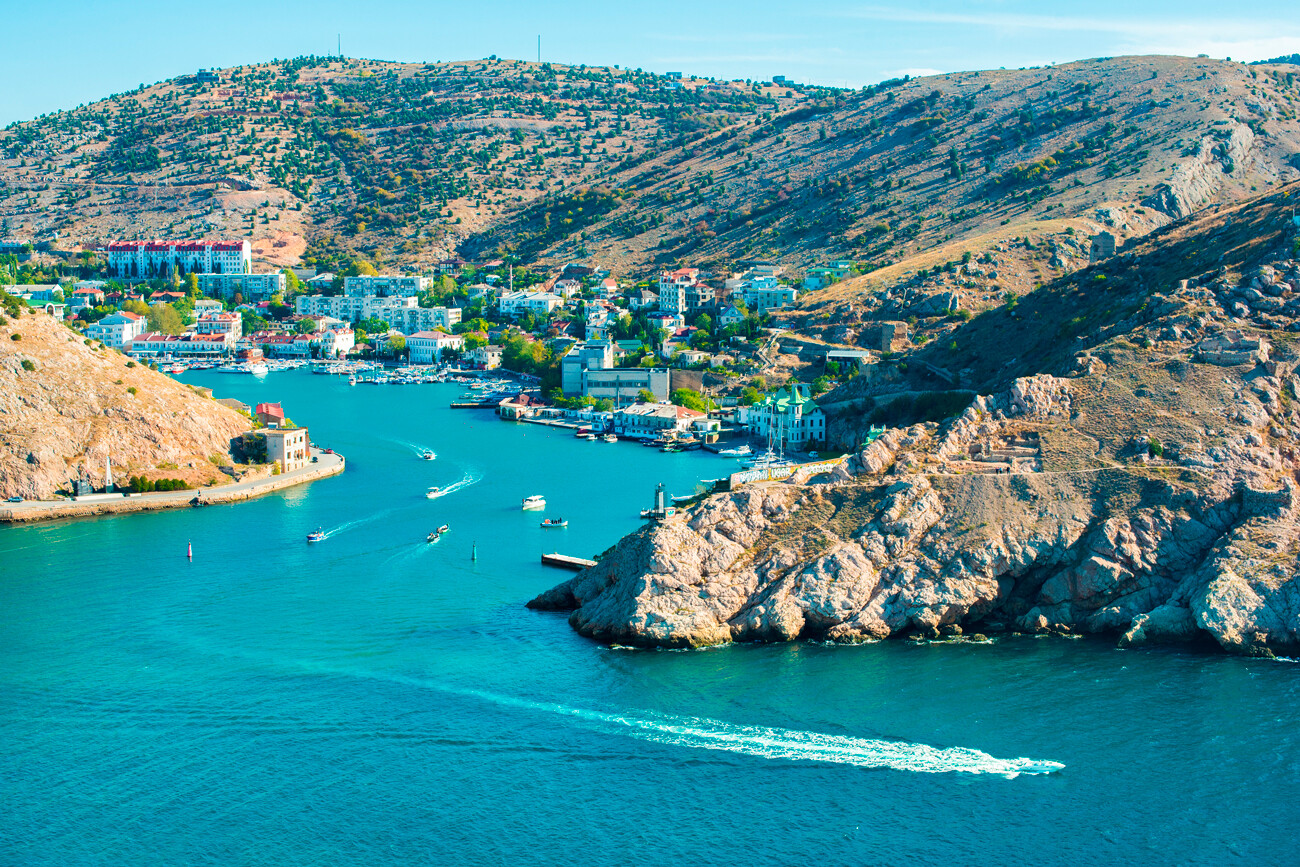 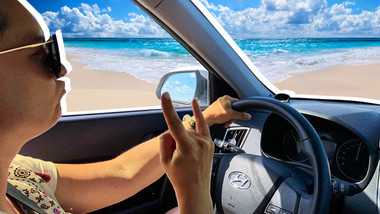 From Moscow to the sea: Notes from an exciting road trip
10 must-see places in Crimea (PHOTOS)

Thousands of caravans with Russians travel south every summer, enjoying the sun and the warm sea (mostly the Black Sea, but also the Azov and Caspian seas). For avid travelers, this road already seems well traveled, but, for the first time, the way to the south leaves an indelible impression. Behind the window, the scenery changes: rivers, forests and steppes, rye fields and sunflower plantations.

And then, right on the Black Sea coast, you can turn in the direction of Sochi and the Caucasus or, vice versa, rush to the Taman Peninsula and enter Crimea via the newly built bridge. Snaking along its southern coast will give tourists stunning views - mountain and sea landscapes, as well as royal palaces and villas of artists and writers.

How to get ready for a road trip across Russia

Traveling across Russia by car or RV is safe and comfortable, noted numerous foreign tourists from Germany, France, Slovakia, Slovenia and the Baltic states, who came before the pandemic. “We have friends, tourists from Germany, who have been traveling through Russia in their RV for 10 years and they have never had any problems,” says Andrei Artyukhov. According to him, you can find a campsite for an RV or a guesthouse for a car traveler absolutely everywhere. And, every year, more and more new campsites and equipped parking places appear. 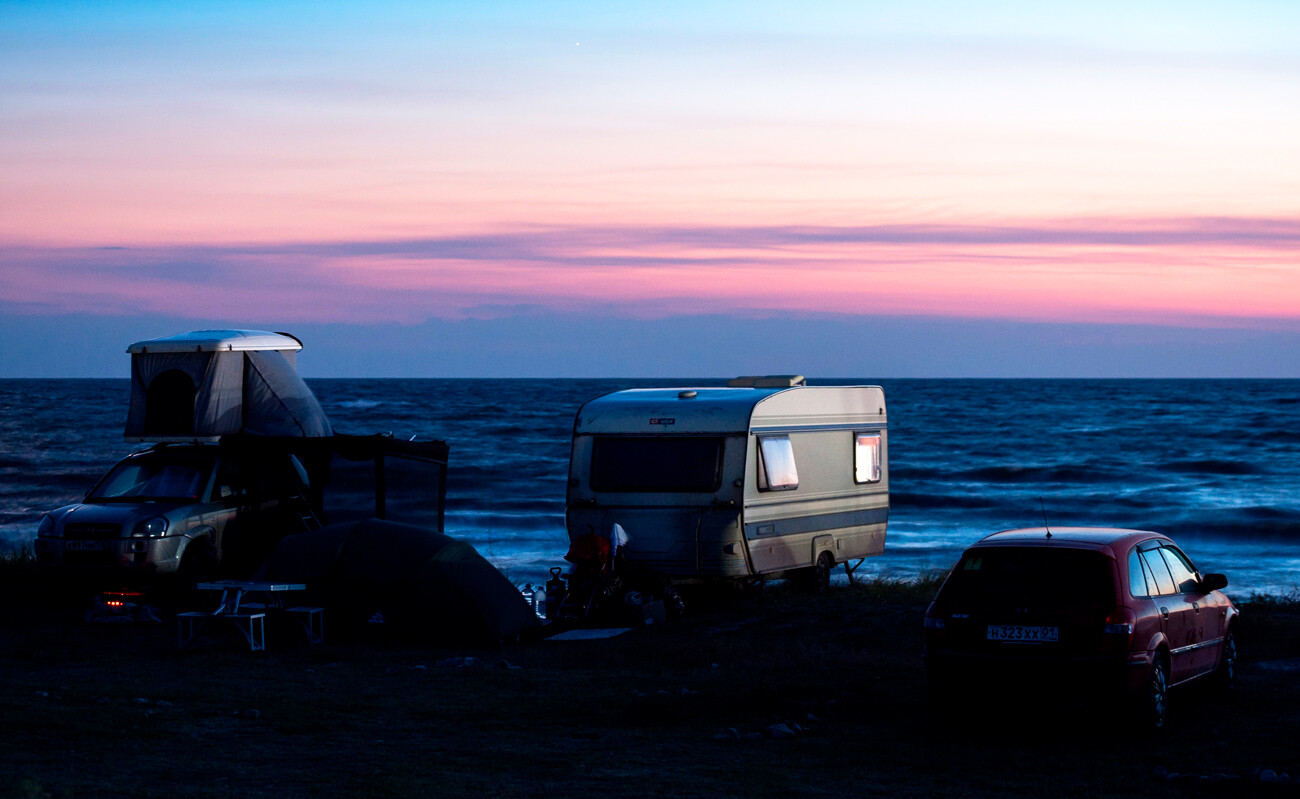 A camping in Crimea

Anyone traveling by car in Russia should, however, plan ahead for the trip - especially rest and refueling, since gas stations in remote areas may be some distance from each other. “You need to make sure that the car is always filled with at least half a tank. That is, after three hours of travel - which is about 250 km - it is better to stop, rest and refuel,” advises Andrei Artyukhov.

Andrei knows many tourists and caravanners who haven’t stopped traveling in Russia, even in spite of all the restrictions. And now, especially after Russia’s land border was opened and all covid barriers removed, even more people are planning to come - including going to the Black Sea and the Caucasus. “Given the economic situation in Europe, there are many tourists who are interested in going to relax on the Black Sea, rather than on the Adriatic coast of Croatia, for example. For residents of the Baltic countries, for example, it’s the same distance,” says Andrei. 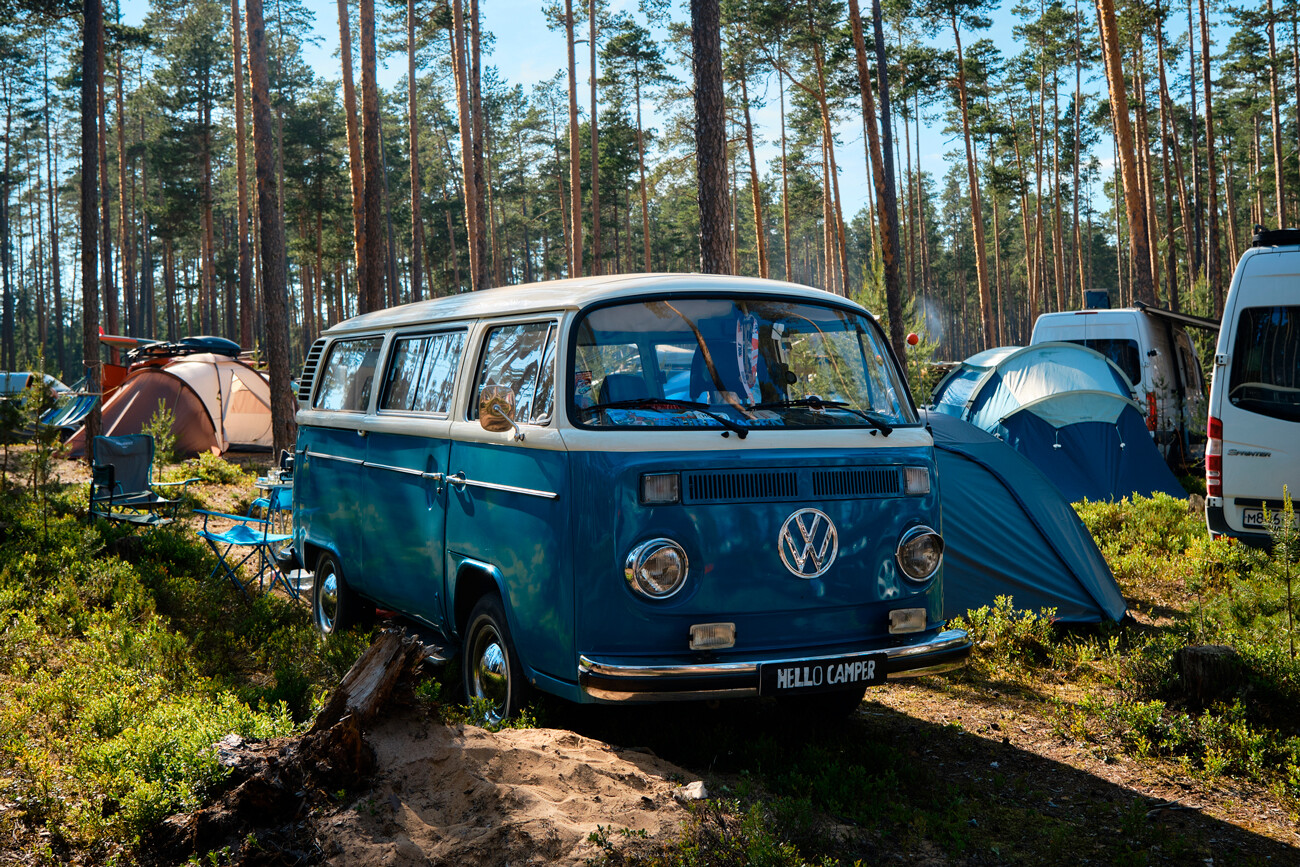 The most popular driving routes among foreigners are the ‘Golden Ring’ and northwest Russia. Before the pandemic, foreign auto-tourists also made longer trips and expeditions. “Now, they are temporarily on pause, but we also had regular transcontinental routes - through all of Russia to China and then back through Mongolia and Central Asia,” Andrei says.

The ‘Путешествуй’ (‘Travel’) tourist forum will be held at Moscow’s VDNKh park from August 4-7, 2022, with Russia Beyond’s special project ‘Russia: 85 adventures’ part of the agenda.