7 most picturesque roads in Russia

Travel
Alexandra Guzeva
If road trips are your thing and you are prepared to spend several days driving, you simply must try these roads. 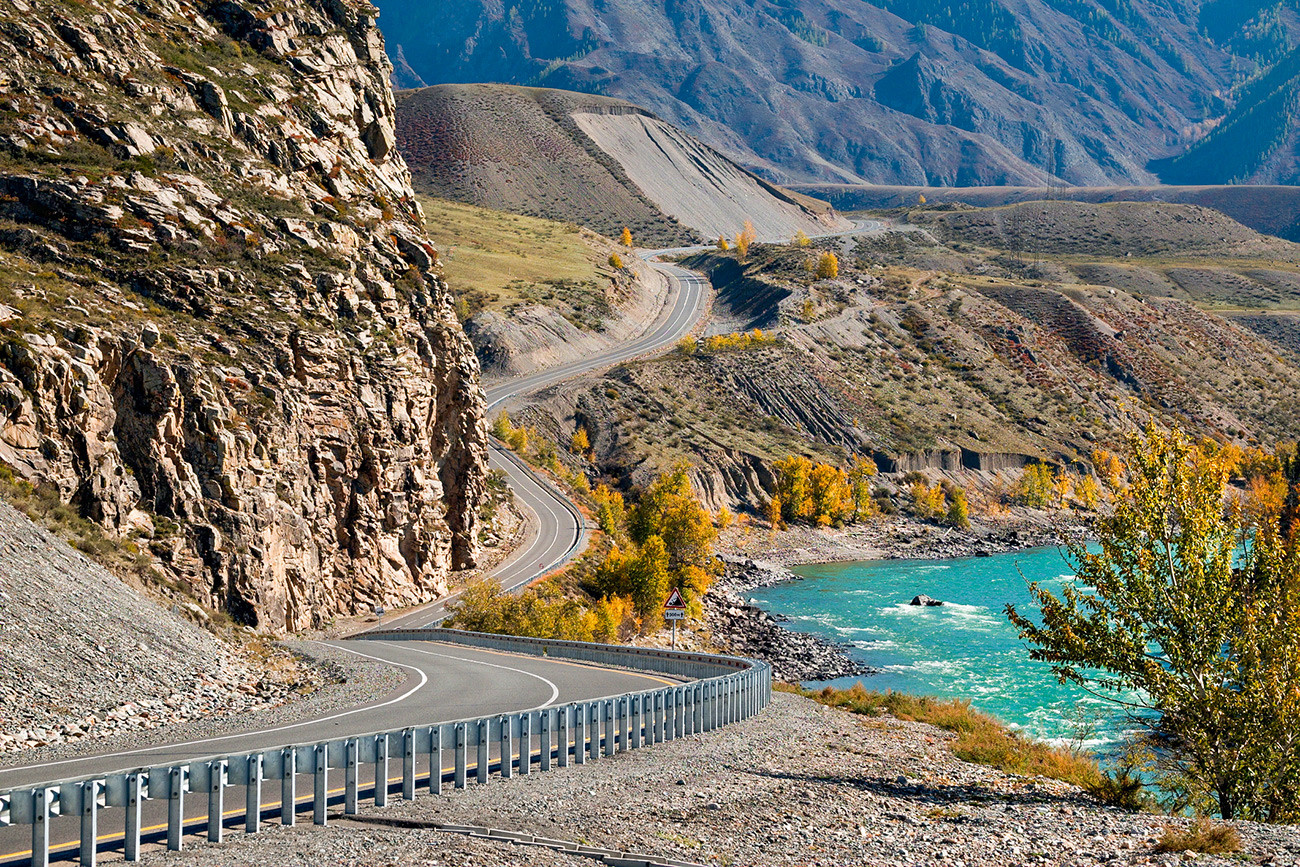 Perhaps the most famous and most beautiful road in Russia is the one that runs along the former Silk Road to China. It starts in Novosibirsk and stretches 620 miles through Altai to the border with Mongolia. It is believed that the most beautiful, "historical", part of the road begins from the town of Biysk.

Along the road, you can expect to see the most stunning scenery: mountains, rivers and lakes of incredible beauty. A detour to Lake Teletskoye - one of Russia's most beautiful and deepest lakes – is highly recommended.

Click here for more information on travelling along the Chuysky Trakt. 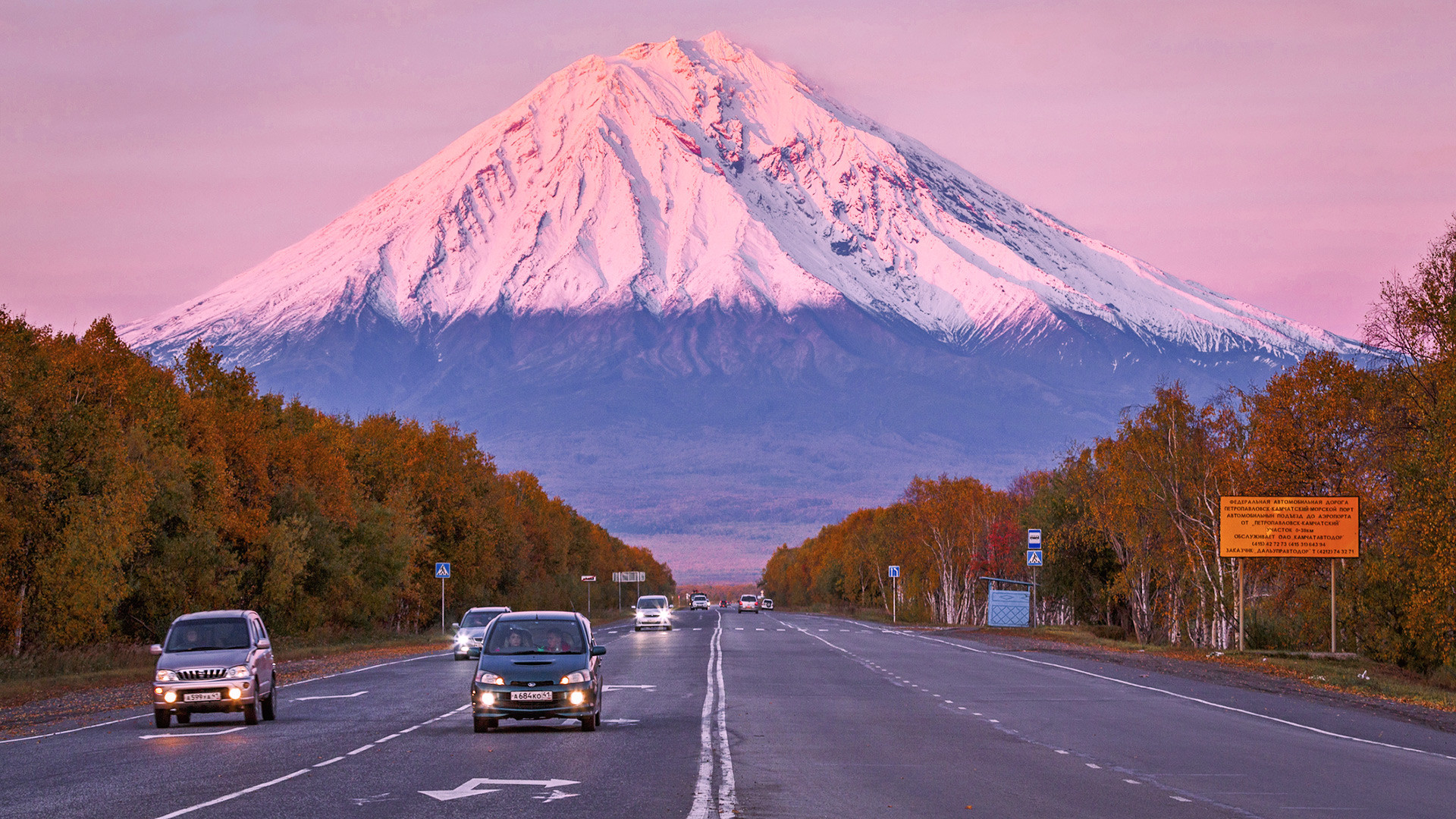 If you have made it to Kamchatka, you can already consider yourself lucky. And if you have an opportunity to explore Kamchatka by car, you will be able to experience that remote land in all its glory.

This 640 miles long road crosses a third of the Kamchatka Peninsula. The best time to travel there is in summer or early autumn: that way you will be able to enjoy the full impact of its colors: deep-green coniferous forests, snow-capped volcanoes, and incredibly blue lakes. Be prepared to meet some unexpected fellow travelers on the way – like bears, for example – and make sure you see the main local attraction - Klyuchevskaya Sopka - the world's most active volcano.

3. The road from Sochi to Krasnaya Polyana 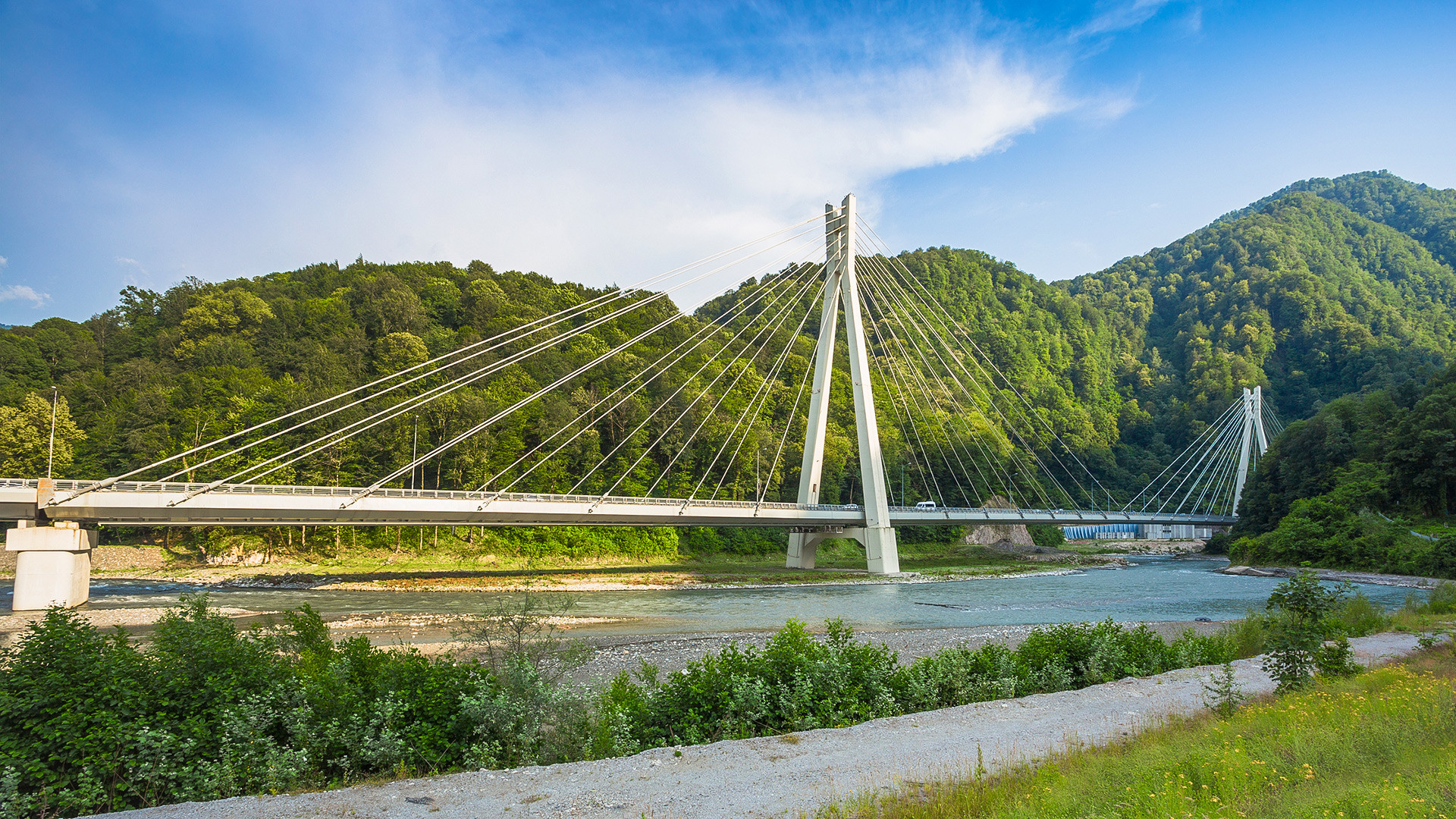 For the 2014 Sochi Winter Olympics, a new road was built from the city to the Krasnaya Polyana ski resort. It has been described as an engineering miracle, 25 miles of which seem to run along the top of the mountains. From up there, you can see the old road to the mountains - a narrow track winding along the cliffs.

Local residents and taxi drivers are delighted that they no longer have to use the old road, but lovers of extreme tourism can still get an adrenaline rush from driving on this beautiful serpentine. 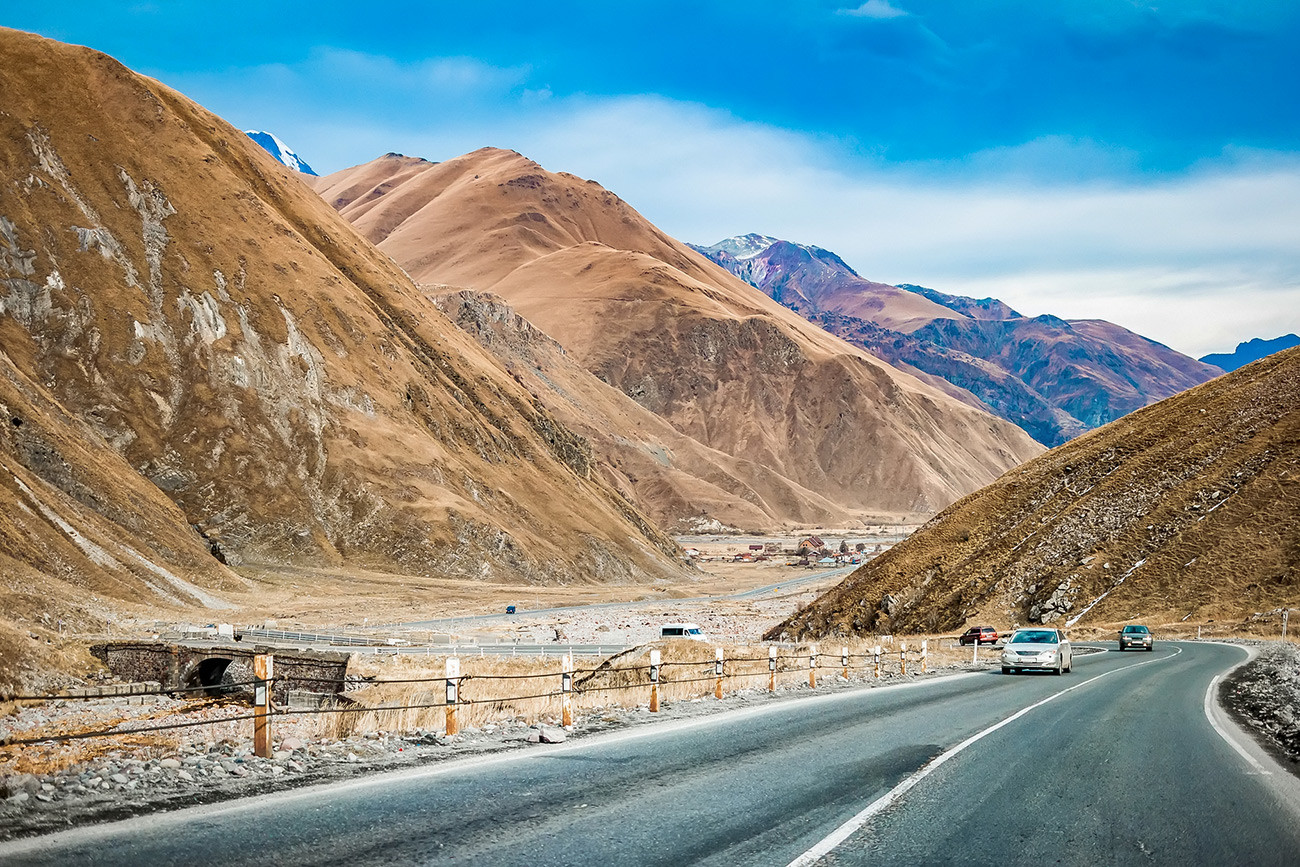 This historical route in the Caucasus crosses the Russian border with Georgia and links the capital of the Russian Republic of North Ossetia, Vladikavkaz, and Tbilisi. The road runs through gorges and along picturesque mountain rivers.

The road got its military-inflected name in the late 18th-early 19th centuries, when Russia signed a treaty with the Georgian Kingdom of Kartli-Kakheti, which became part of the Russian Empire, and a Russian army corps marched along the road. Subsequently the road was used mainly for trading purposes. In Ossetian, it is called the Road of Heavenly Gorge.

An important note: the route is very popular with tourists and from May to September, there are miles-long traffic jams on this road as hundreds of people are traveling from Russia to Georgia. 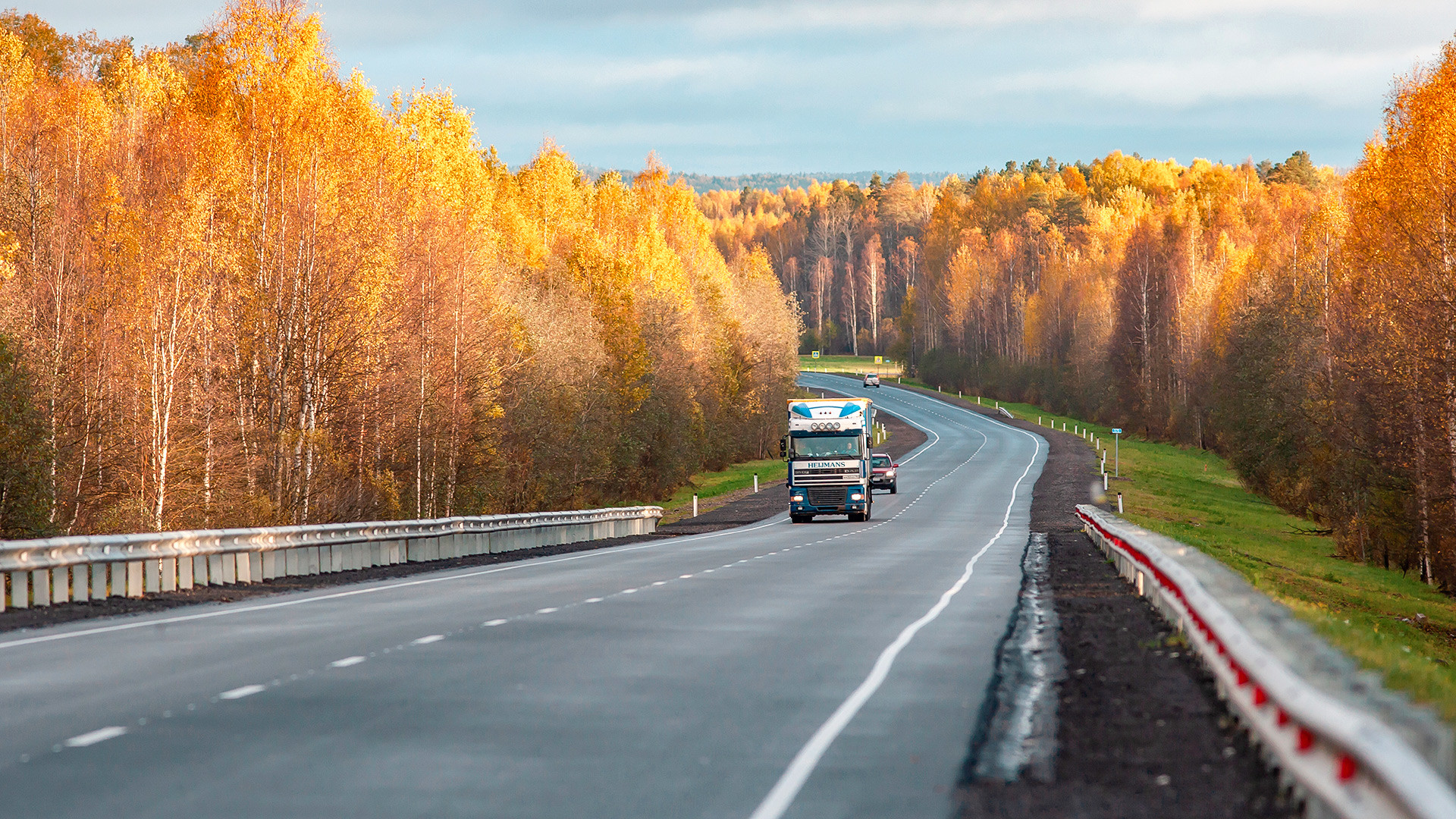 This northernmost high-speed motorway is over 930 miles long. Part of it lies beyond the Arctic Circle, and there is a monument on the side of the road marking that notional boundary.

Driving along this road, you can admire the northern lights and the incredible northern nature: conifers and rocky mountains. The route runs through the picturesque Republic of Karelia, the cities of Petrozavodsk and Murmansk and ends on the border with Norway, in the village of Borisoglebsky.

If the weather is good, all along the way you will be able to enjoy views of the majestic Khibiny Mountains (by the way, there is a ski resort in the city of Kirovsk). 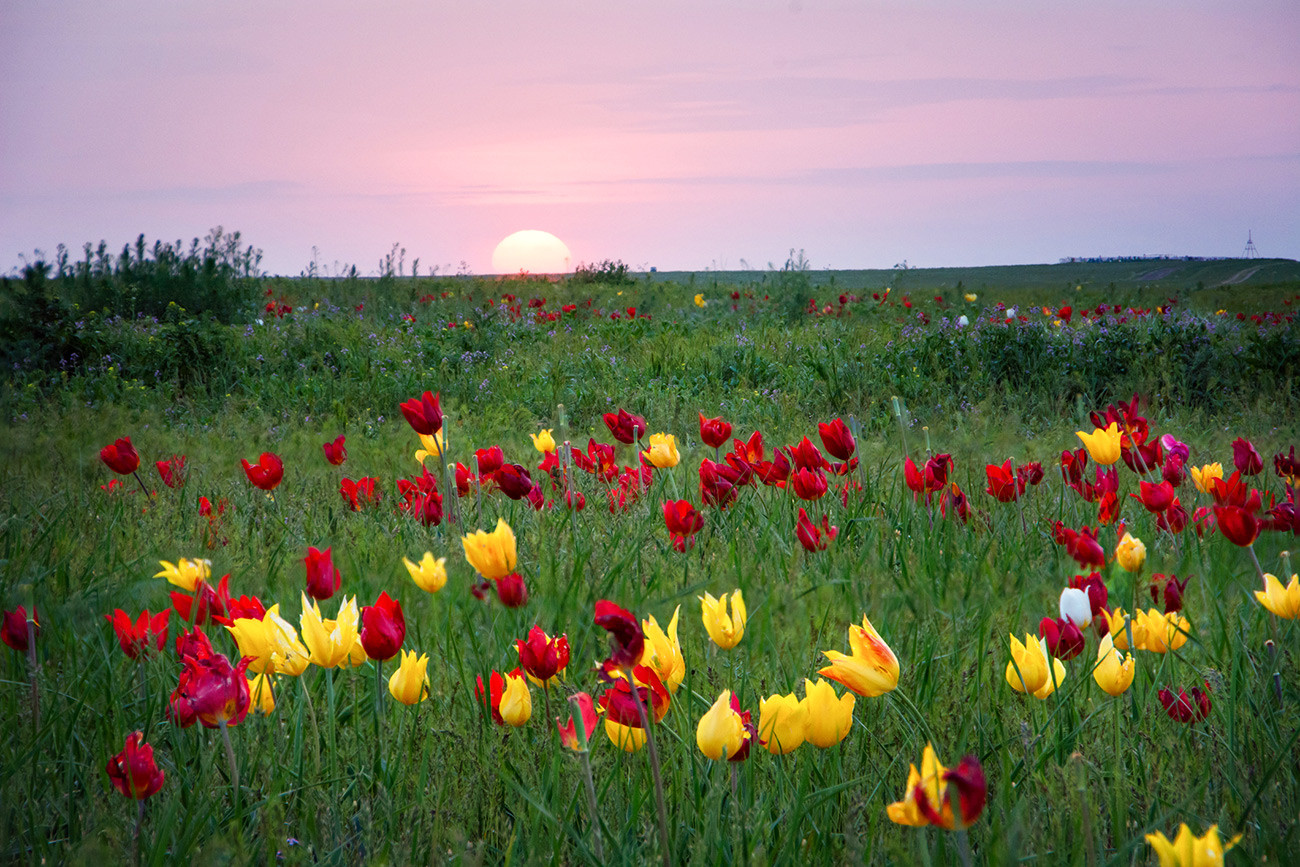 For most of the year, this 310 miles route does not present any interest: there is just endless steppe all around it. However, in mid-spring, tulips begin to bloom here, turning the gray landscape into a real palette of colors.

In addition, your route will pass through three regions of Russia - Volgograd Region, the Republic of Kalmykia and Stavropol Territory. In mid-April, Kalmykia hosts a tulip festival since it is the only place in Russia which has wild tulips growing in their natural habitat. The festival also celebrates the customs and traditions of the Kalmyk people (incidentally, this is one of the few Buddhist regions in Russia, and in Europe too!). 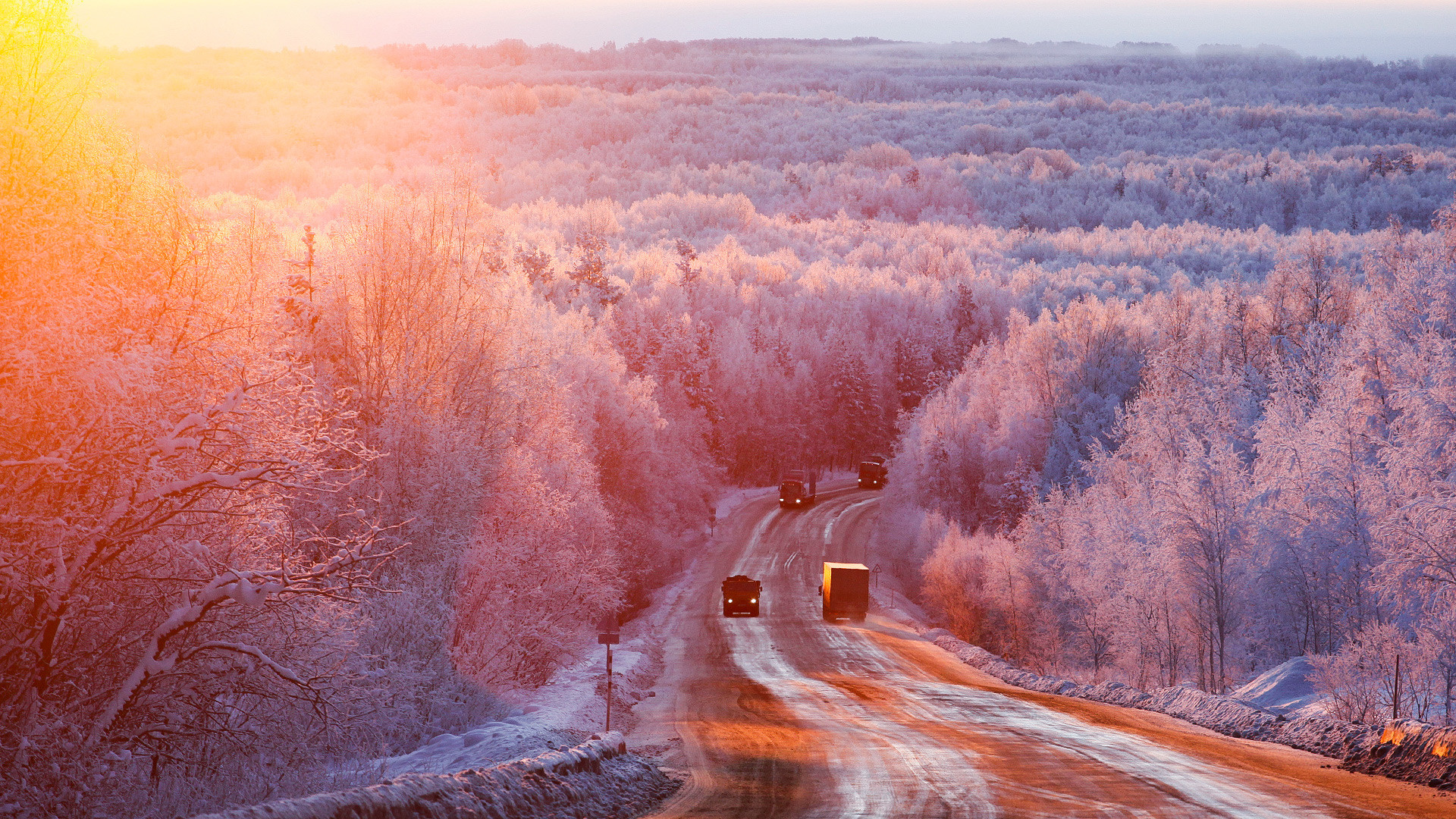 This highway is often referred to as "a road built on bones". Kolyma and Magadan were home to some of the worst Gulag camps of the Stalin era. In the extreme conditions of the far north, 1,240 miles of this road between Yakutsk and Magadan were built by prisoners.

It is best not to try and travel this route without experienced guides, especially in winter, when temperatures reach 60C (-76F) below zero. By way of preparation, you can watch a documentary by Yury Dud about the Kolyma road and history of its camps.