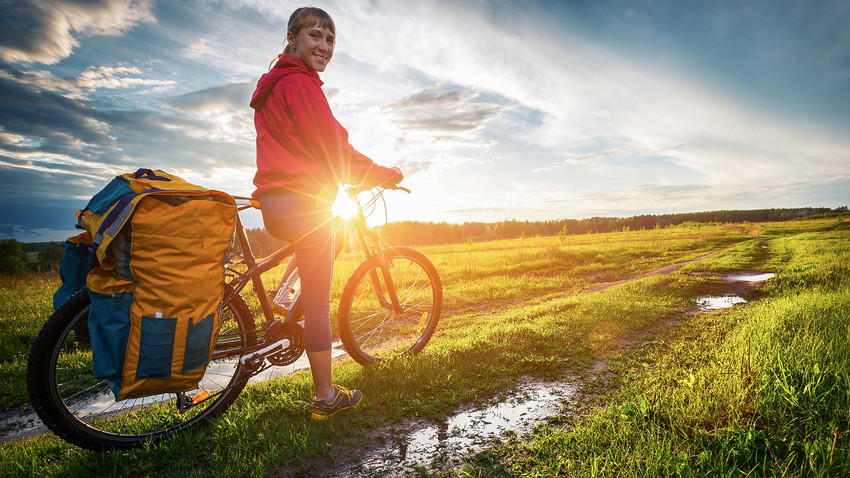 Legion Media
Such an adventure is certainly an awesome and life-changing challenge, but you must be aware of the serious risks.

If you’re into biking long distances and love exploring new lands, the vastness of Russia is a wonderful place to indulge your passion. Those bicycle maniacs who have already traveled the country in thousand-kilometer trips recall the experience as unforgettable. “Seeing Russia’s beauty is worth it all,” said Maxim Kitaev, who made it from Moscow to Vladivostok (10492 km) in 118 days in 2018.

But be careful and assess the risks before hitting the road. Even if you’re quite familiar with week-long journeys on two wheels: Russia can be an extreme challenge. 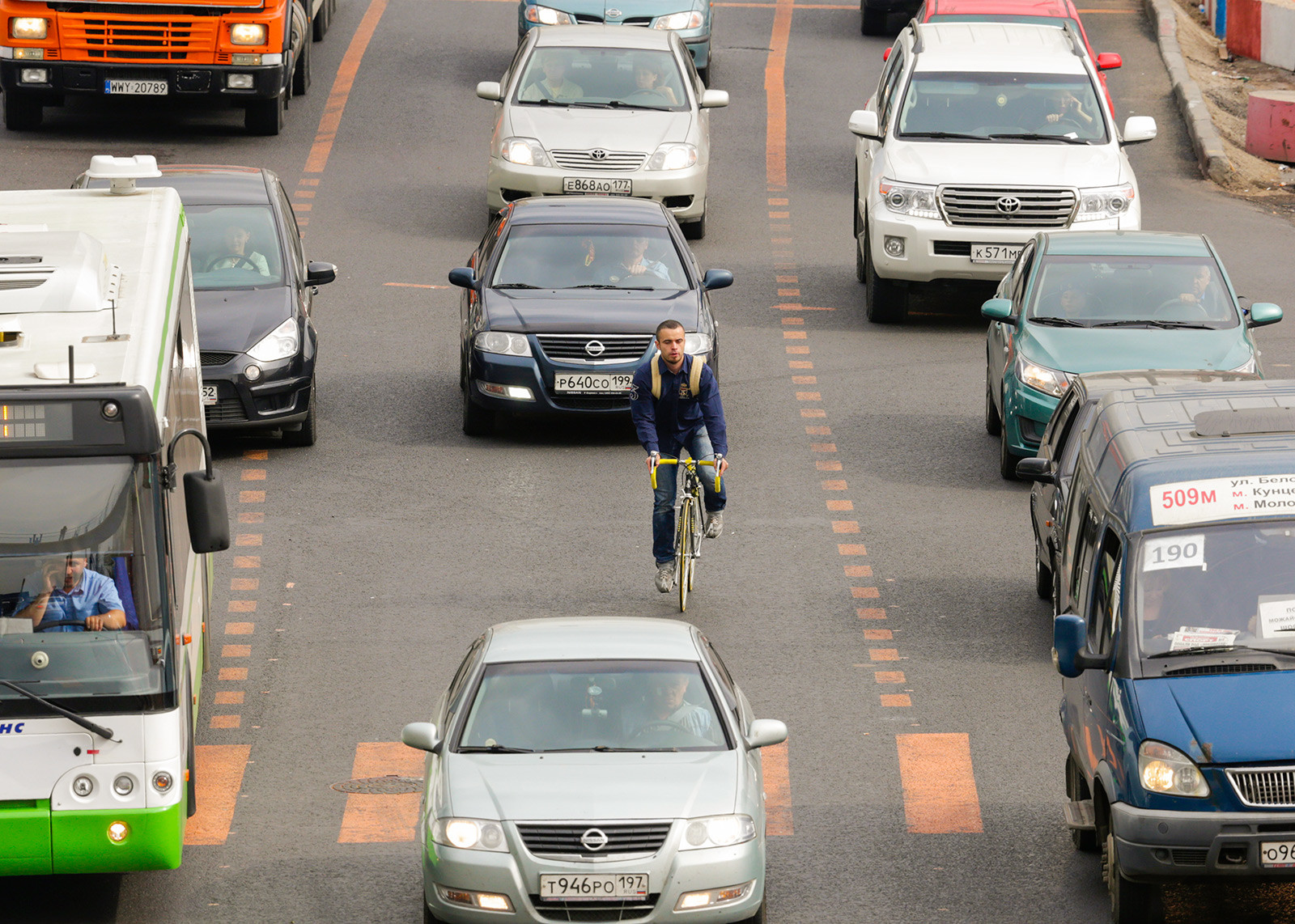 Both in the big cities and on the highways, the traffic can pose a real danger for a traveler.

Major roads are the only way to get from one big city to another, and they are often full of large trucks and cars moving at speeds of 110 km/hour.  “You can’t always find enough space on the roadside, so it’s always a risk. Every day, cars were passing by me really close” says Kitaev. “In my experience, Russia is the most dangerous country for travelling on bike, in terms of traffic.”

Unfortunately, fatal accidents confirm that. In 2014, Ron McGarty, a bike traveler from Boston, was hit and crushed by a drunk truck driver in the Ivanovo Region (324 km northeast of Moscow).

Those whose trip to Russia was not fatal confirm the danger. “While traveling from Saratov to Samara (482 km), the highway was very narrow and crowded with trucks. I had to ride near the edge of the road and each time truckers were beeping me to move over,” recalls Ivan Mladenovic from Serbia. So, be very careful on the road. 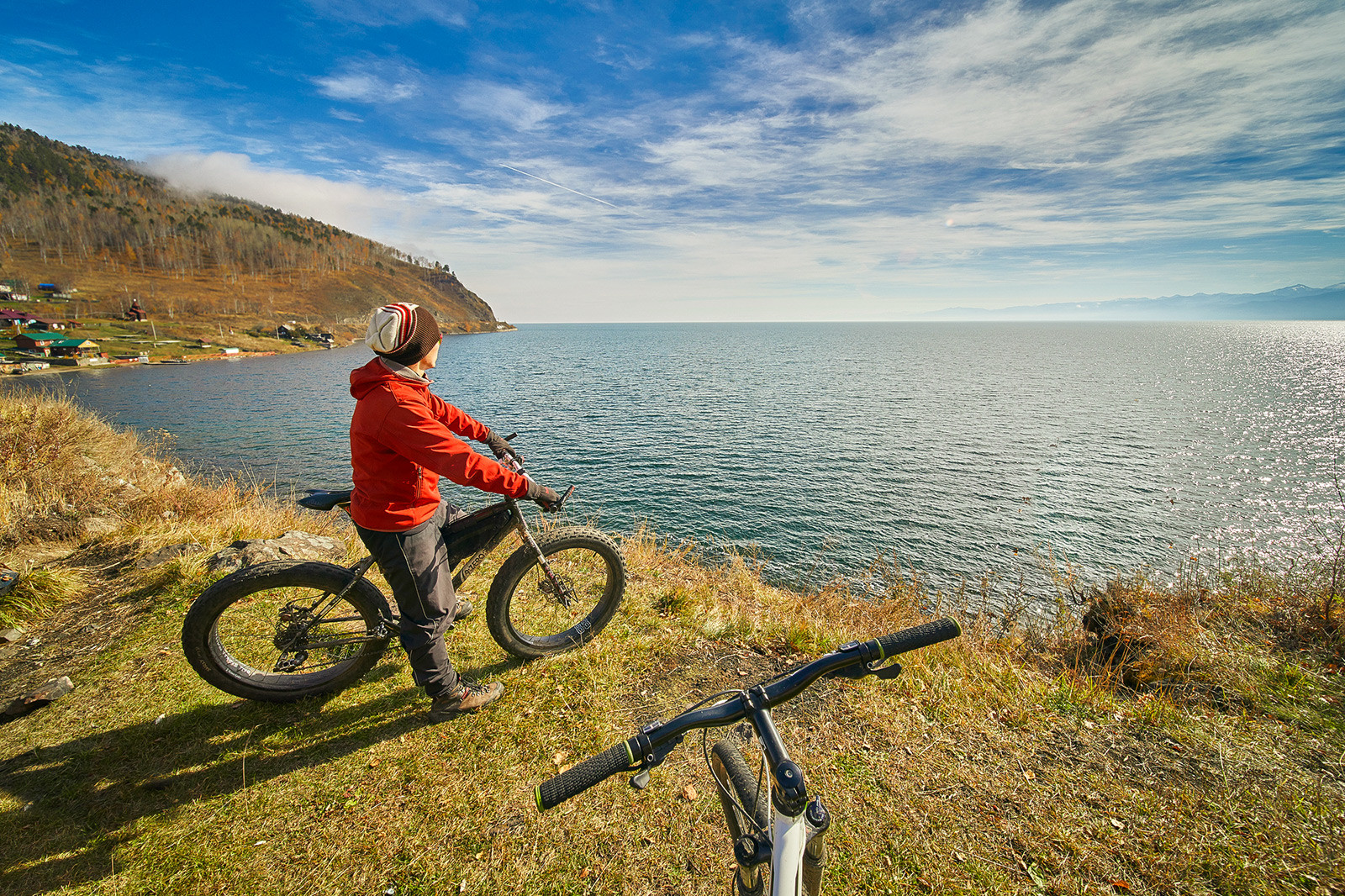 “In Serbia, distances between towns and villages are small, but in Russia, it takes several hundred kilometers to get from one to another. In Kalmykia (Southern Russia), I rode for 380 kilometers without seeing a single inhabited place,” says Mladenovic, who travelled in Chechnya, Central Russia and Siberia on his way to China (12,000 km in 4 months).

All bike travelers agree: while crossing long distances in Russia, you can never expect having the chance to spend a night in bed. Even if the trip is perfectly planned, something always goes wrong: a tire bursts, a frame breaks – and you find yourself in the middle of nowhere at midnight. So, a tent and a gas burner are musts to take even if you don’t plan to camp.

3. You need warm clothes even in summer 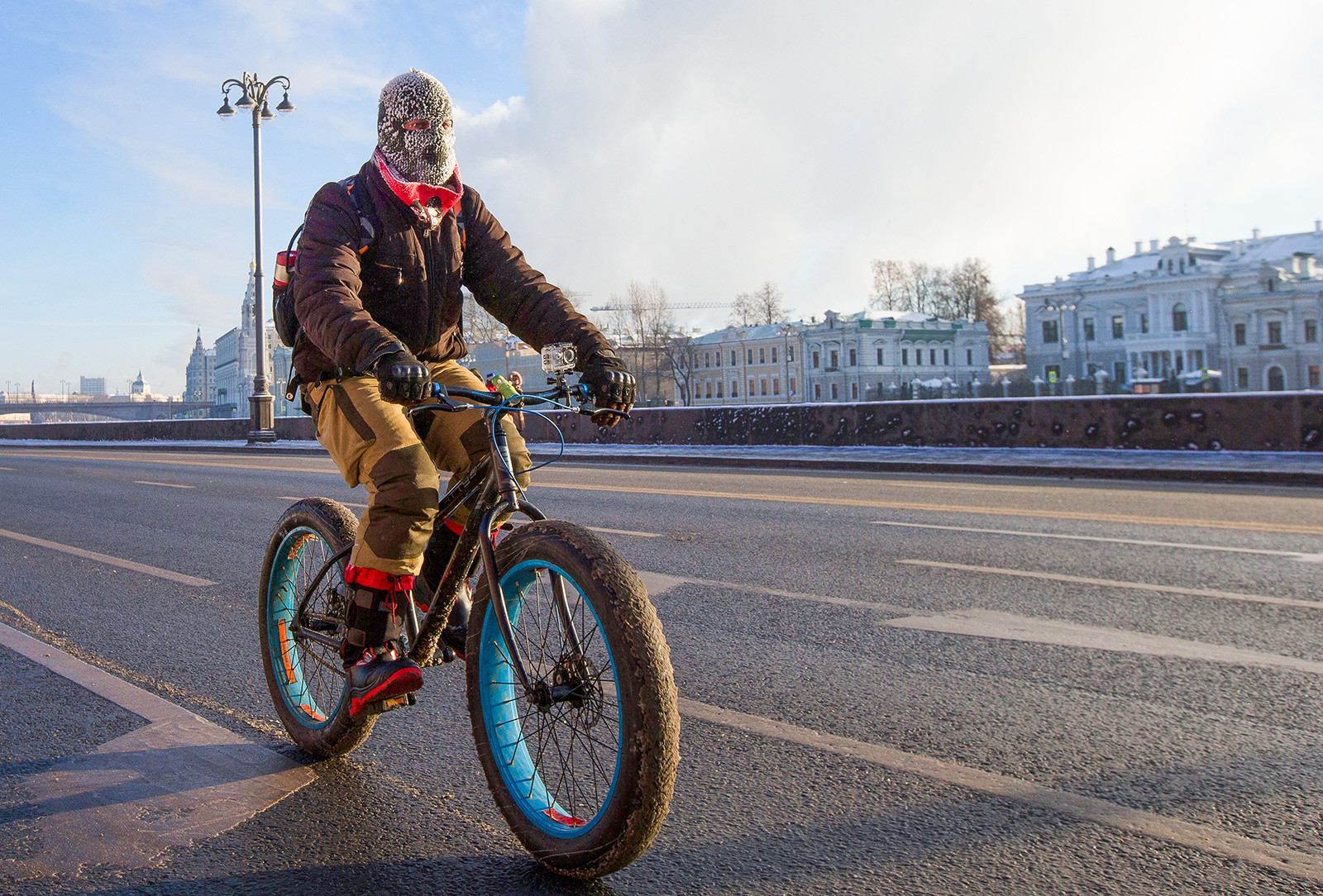 There are bike enthusiasts in Russia that prefer this transport even in winter but it's risky.

Quite obviously, if you’re not suicidal, it’s better to bike in  Russia from May to September, check the weather conditions and don’t overestimate your immunity to cold. Otherwise, you can repeat the mistake of Andrés Abian Pajares from Spain, who tried to go from Magadan to Lake Baikal (5,000 km) on his bike in the middle of December and almost froze to death in -50 Celsius; fortunately, he was saved by locals.

Even if you’re riding in summer, remember to have something warm with you, because nights can be surprisingly cold. You especially need warm socks and thermal underwear, Kitaev explains: “You’re riding uphill, all sweaty, and then face the wind on your way down; it’s easy to catch a cold.”

4. A bike trailer can save your life and bike 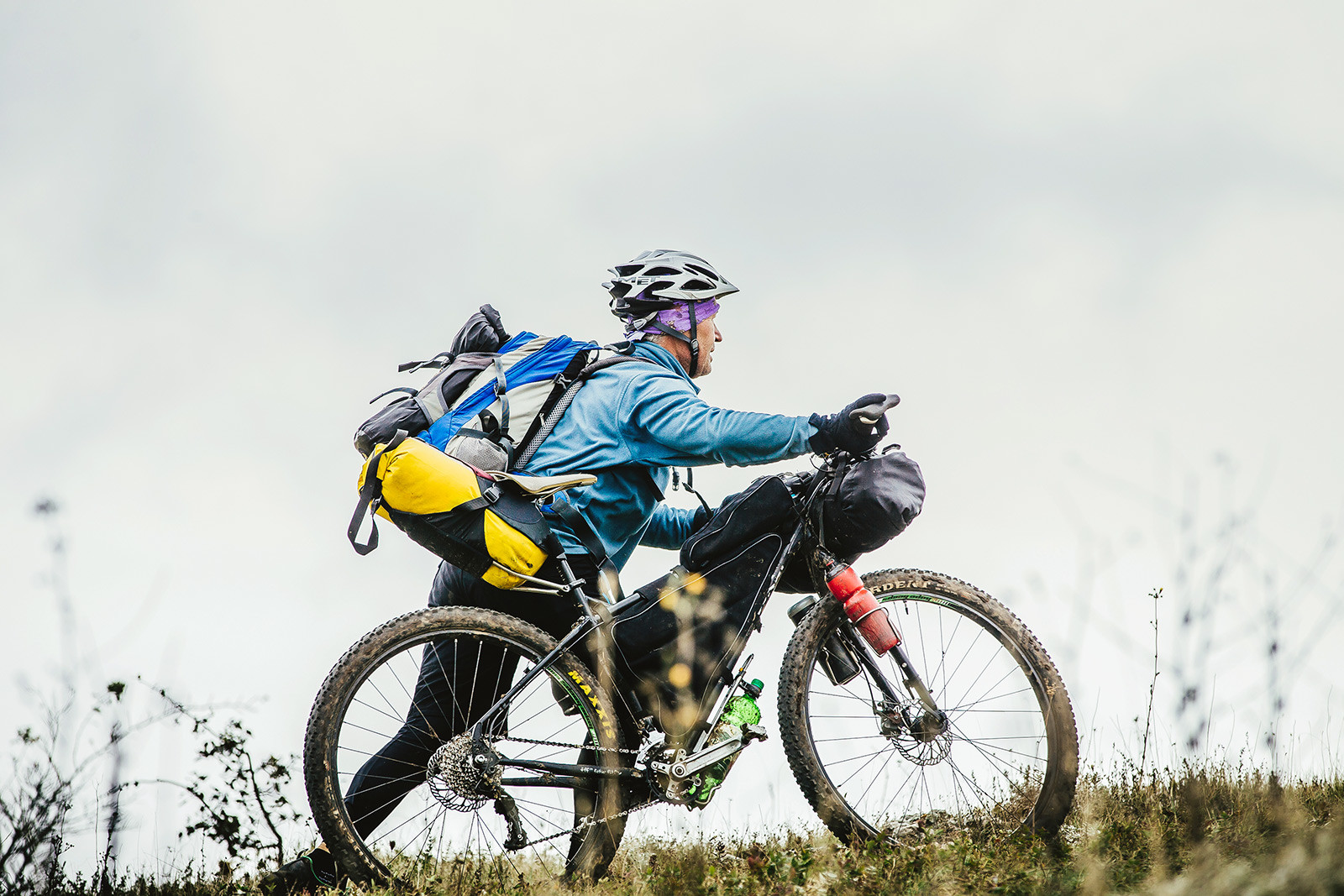 Kitaev gives a piece of advice: attach a trailer to your bike, even though it adds some weight. Of course, it helps to take more things with you but there are less obvious reasons. First, if trailers have headlights, it increases the chance to be noticed on the road (and not get hit by a car). “Thanks to the light on my trailer, it was safer for me to travel during the night,” says Kitaev.

Second, the trailer makes your bike heavier and harder for bad people to steal. Unfortunately, that happens from time to time: for instance, when French adventurist Luc Commonode was traveling in Siberia in 2002, a local stole his bicycle right from his tent. So remember: trailers are always useful.

5. Turning off major roads is risky 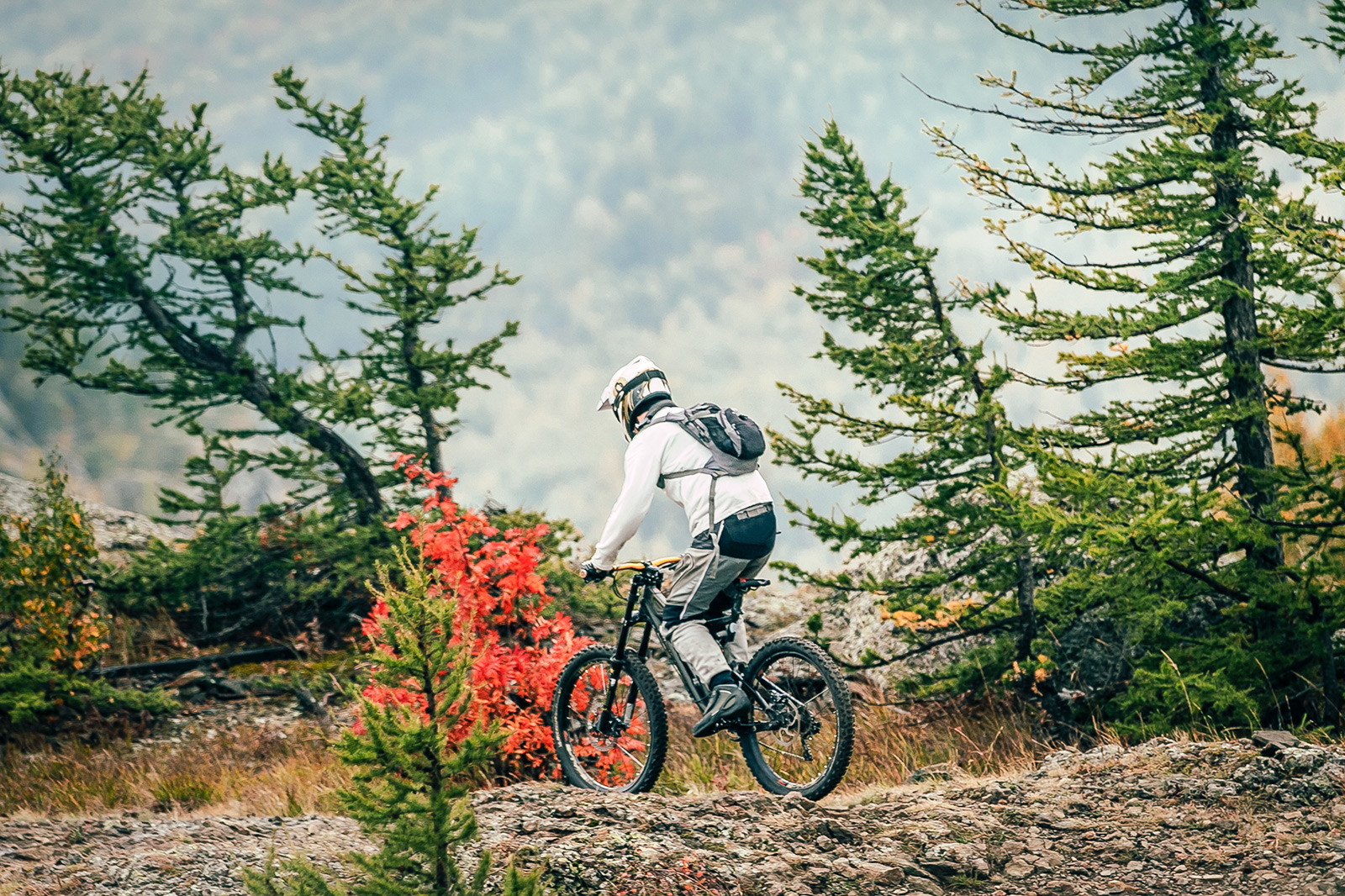 “Sometimes it was hard, riding from Moscow to Perm (1,445 km),” Commonode recalled his 2016 trip. “The main road is big, noisy, there are a lot of descents and ascents, and the road surface isn’t that good.” Nevertheless, he had to stay on the main road, with short detours only, as do most travelers.

Why? First, unpaved highways are usually even worse in terms of road surface, which slows you down. Second, as Kitaev reminds, “If you’re riding far from big cities and there are vast forests around, you can meet, say, a bear just a few kilometers from the main highway.” So sticking to the big road is better.

6. Roadside cafes are relatively widespread (but take some food) 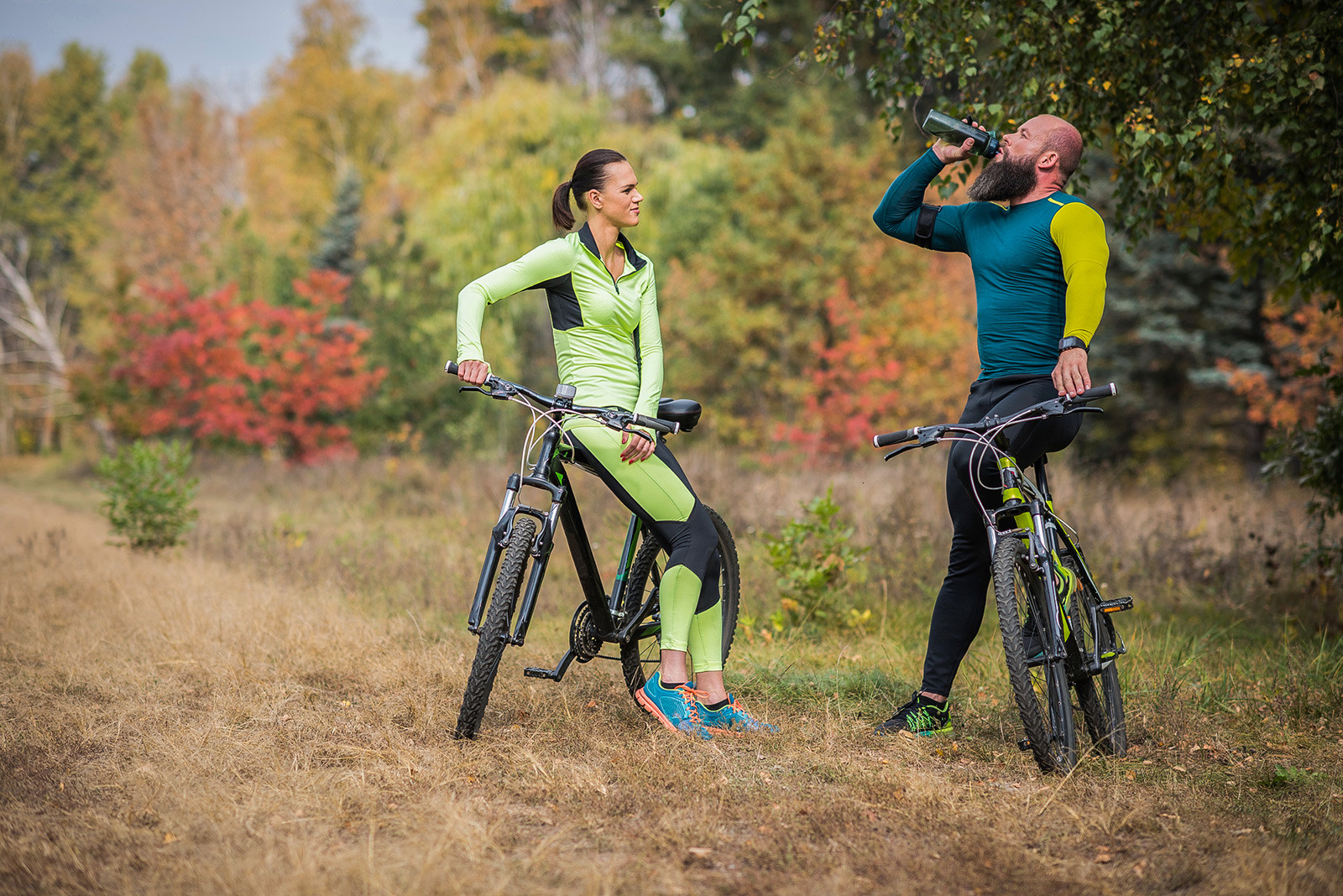 Most bike travelers mention that even in the most underpopulated Russian regions you can find a café or restaurant approximately every 50-75 km. Nevertheless, as we mentioned, you never know what might happen on your journey, so having supplies won’t hurt. No need to buy the whole supermarket, of course, but some canned goods and candy bars will keep you on the safe side. And have water, of course – always stay hydrated. 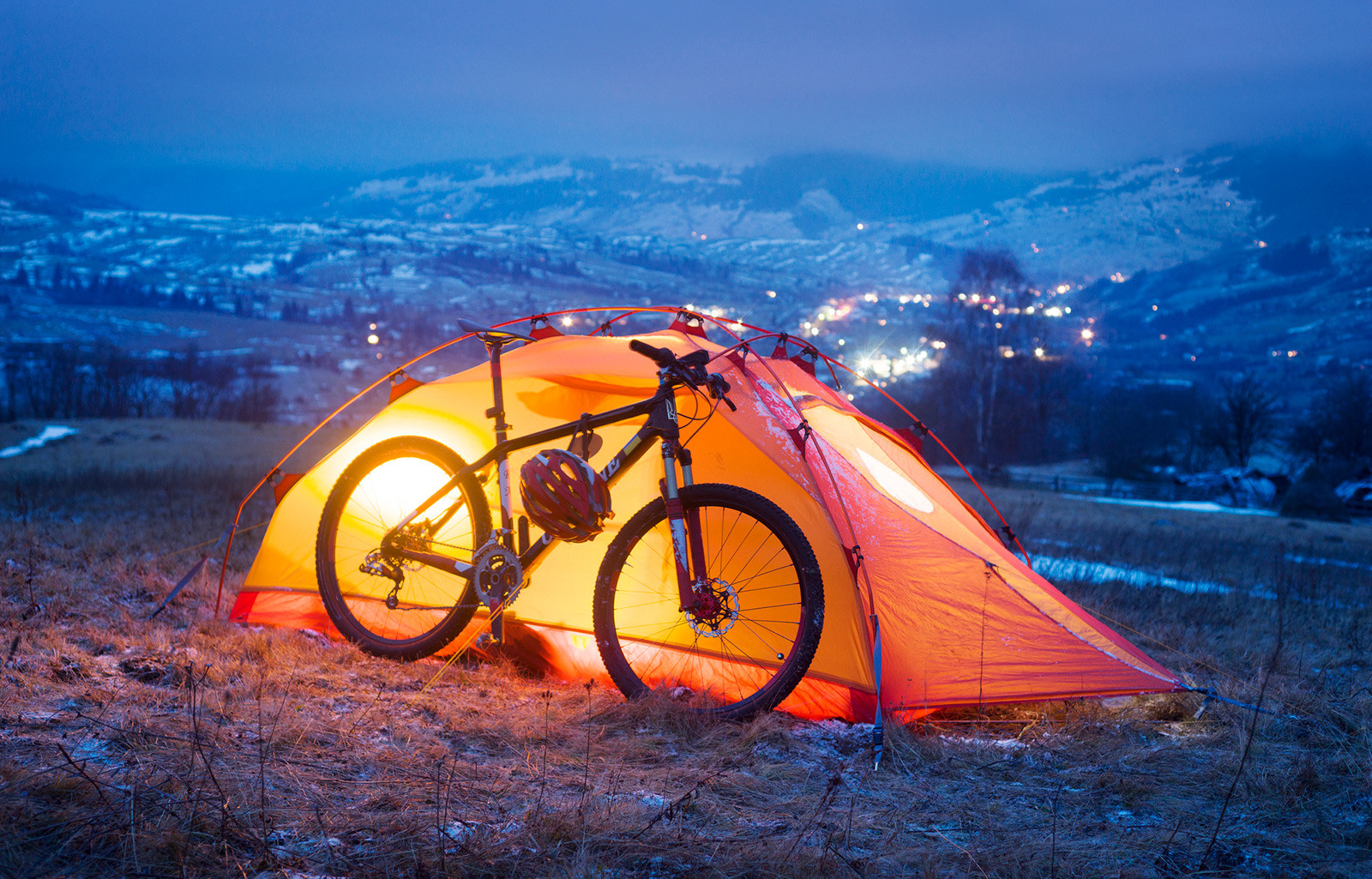 If you get to a village or town, most likely you’ll be fine because Russians are hospitable, especially toward tired travelers who spend hours on the road in their insane trips. That’s not bragging: all people who biked in Russia mention it among their strongest impressions. Even if you’re a foreigner and not fluent in Russian, locals will try to help you – to repair a broken bicycle, feed or even host you.

“People are generally kind, they always help,” Kitaev remarked. “Just smile and explain your situation.” Ivan Mladenovic agrees: “Everyone who decided to bike in  Russia should leave their fears and stereotypes at home. Russians are wonderful.”