Your ULTIMATE guide to Baba Yaga, the iconic Russian witch 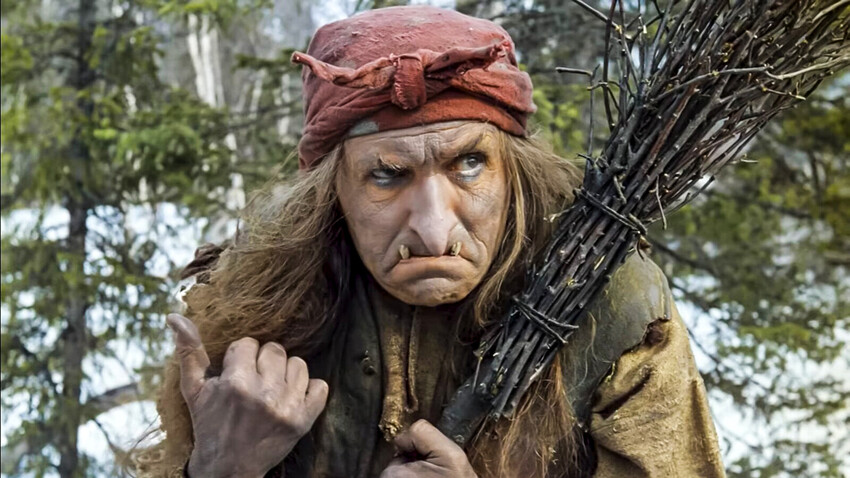 Alexander Rou/Gorky Film Studio, 1964
She lives in a chicken-legged hut, guarding the entrance to the “other” world, and travels in a mortar. Meet Old Russia’s scariest villain.

In Russian folk tales, Baba Yaga is an old witch who lives in the woods. Her izba – or hut – stands on chicken legs at the edge of a meadow, facing the forest. In order to enter it, one must call out: “Dear hut, please turn your back to the forest and your front to me!” Only after that can the guest enter the hut, where Baba Yaga lays, with her “bone leg” and a nose that has “grown into the ceiling.”

This mythical being usually offers the tale’s protagonist some deal or takes them through a transformation after bathing them in her magic oven. Baba Yaga is the biggest boogeyman Russian parents have always used to scare their children (we have a separate article on this).

Why is she called Baba Yaga? 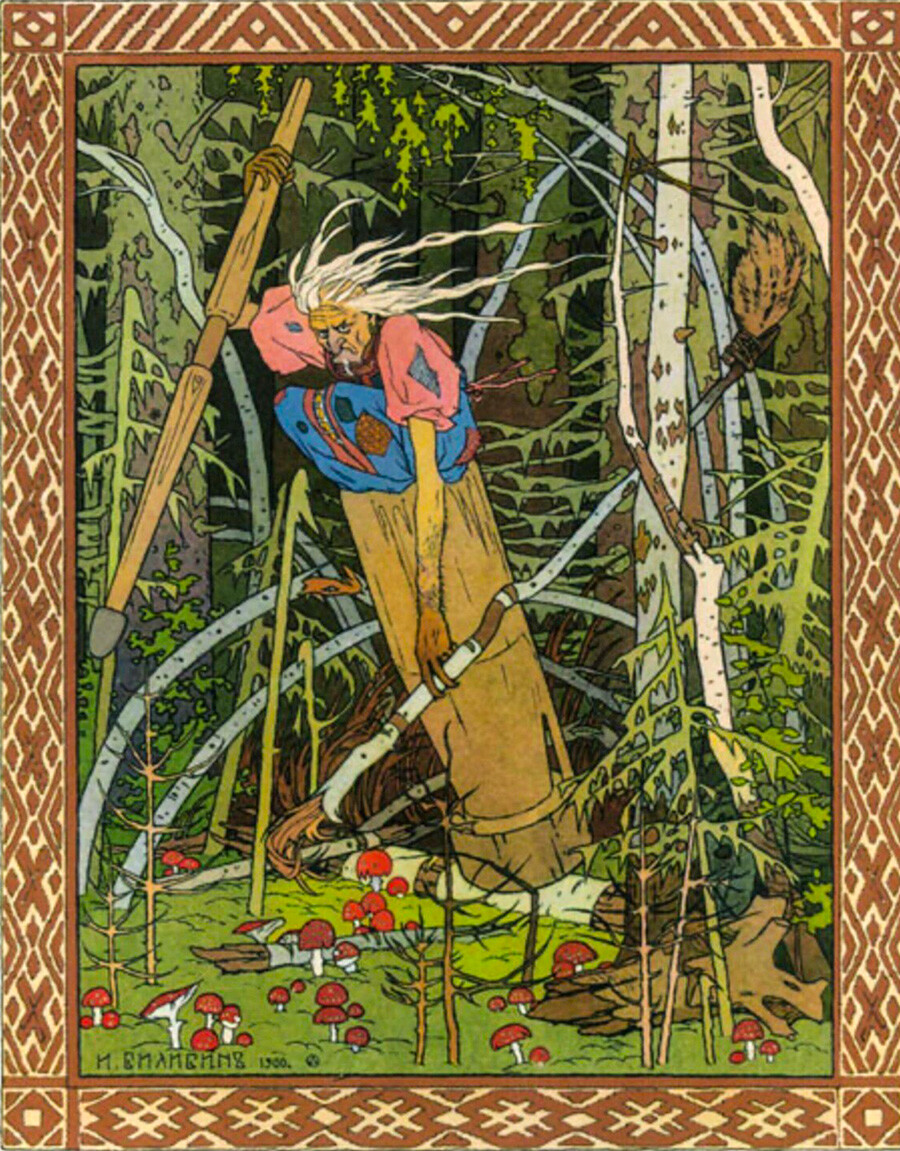 Baba Yaga may well be the most ancient being in Russian folklore. So much so that linguists still debate the origins of the name. In Russian, “baba” is the noun for “woman”. However, in Indo-European languages, ”baba” is a progenitor. Indeed, numerous stone sculptures in Southern Russia have been found to depict such a female progenitor.

There’s no clear translation of “Yaga” in Russian. However, in Sanskrit, “yaga” means “sacrifice”. As researcher Olga Solyanik argues, “Baba Yaga is a very ancient character, rooted in the epoch of matriarchy, when people worshiped a female progenitor and totem.”

Why does she live in a chicken-legged hut? 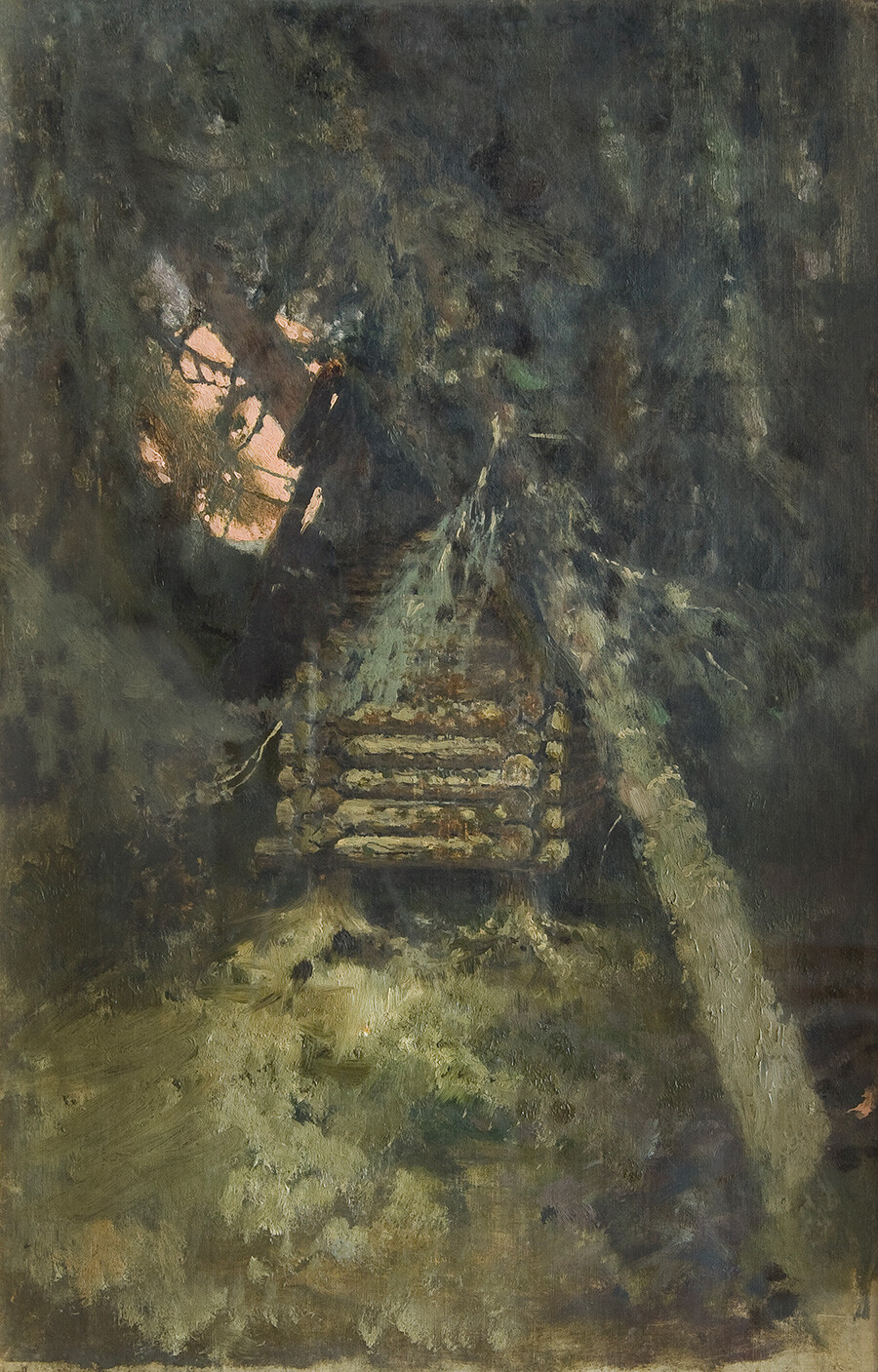 Another feature of Baba Yaga’s is her blindness. When a protagonist comes to her, she only knows their presence by smell. Philologist Vladimir Propp argues that this is because Baba Yaga is, in fact, a creature of the world of the dead – because “the dead don't see the living.” However, Baba Yaga herself is visible to the naked eye of any regular human that encounters her. 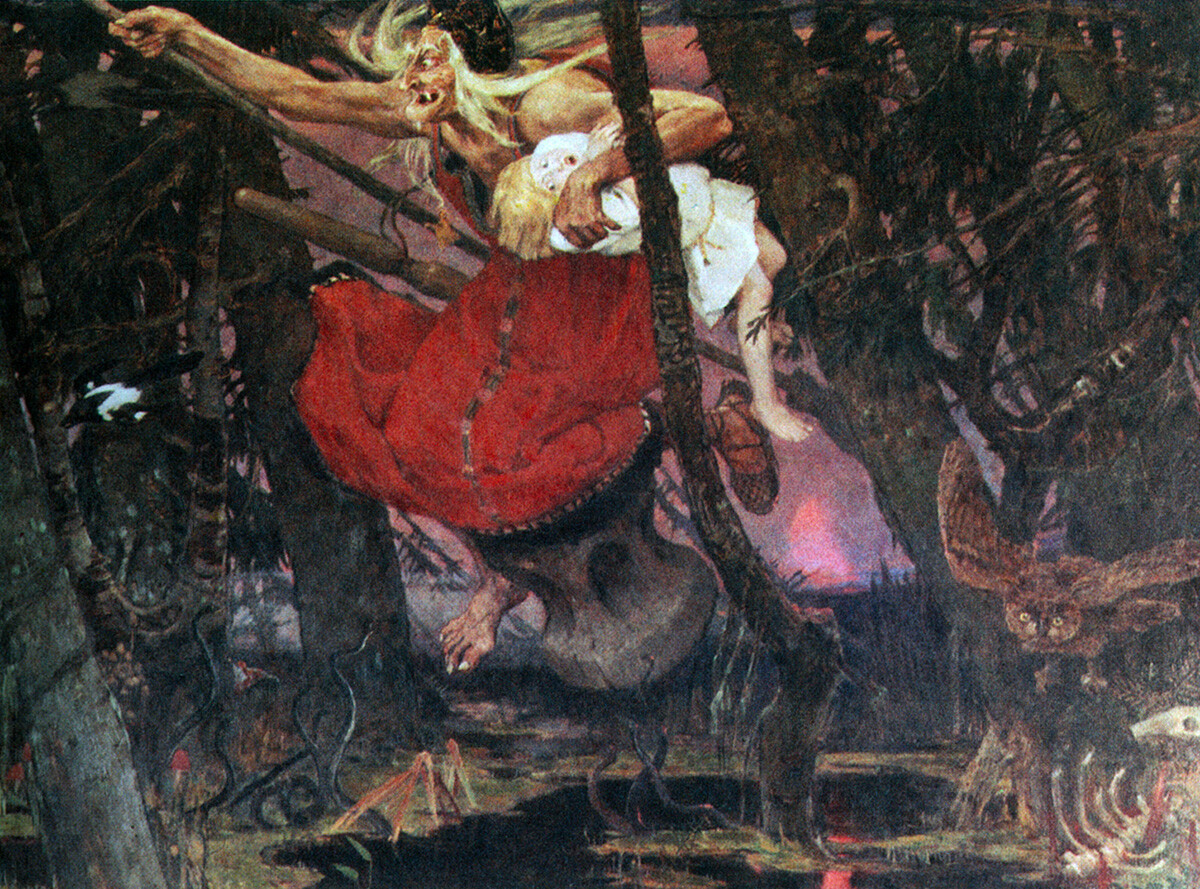 This is why she lives in a hut at the edge of the meadow – Baba Yaga guards the other dimension (the forest) from the living. But why does the hut have chicken legs? As historian Alexandra Barkova argues, this part comes from the ancient custom of above-the-ground burials. The Mokshas, a Mordvinian ethnic group living in Central Russia, are known to have practiced burying their shamans this way. Above-the-ground burials were practiced only in cases involving revered individuals: “An above-the-ground burial doesn’t allow the spirit to depart to the land of the dead,” Barkova writes. By being kept above ground, on the border between the two realms, a shaman or a witch is able to be worshiped. 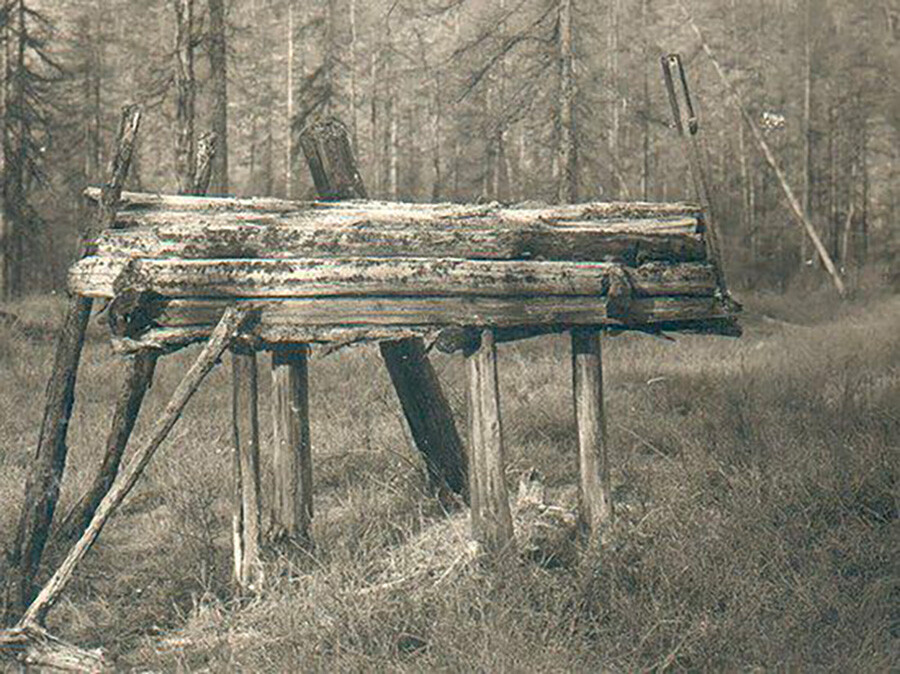 An above-the-ground burial in Russian forest

“Chicken legs” are really the stumps of wood a coffin stands on. Inside, a corpse is lying, this is why Baba Yaga has a bone leg and why she lies “from corner to corner” with her nose stuck in the ceiling: she is lying in a wooden coffin.

Why does she travel in a mortar with a pestle? 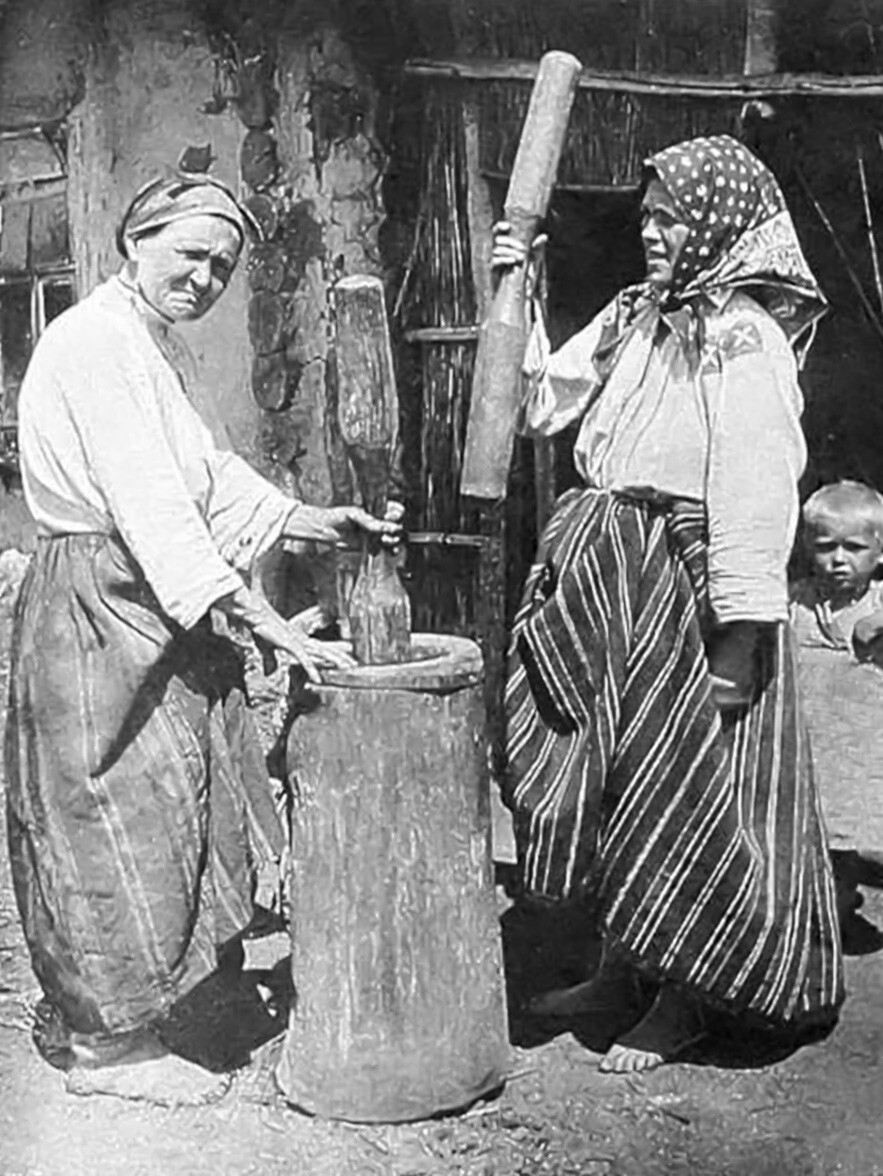 Peasant women with a mortar and a pestle, Voronezh region, 1908

As historians argue, Baba Yaga harks back to the time of shamans and witches worshiped by ancient Slavic and pre-Slavic people. But with time, she also gained certain features of later times. Tale-tellers from the Vladimir Region, for instance, said in 1914 that Baba Yaga “flies around in a mortar, steers with a pestle, and paddles with a broom.”

A mortar so big one could sit inside it, with a pestle just as massive – such things can only surprise modern citydwellers. In Russian villages, a mortar and a pestle were just as common as a broom or an oven fork. Mortars were used for crushing grain. The process wasn’t very difficult, but required a lot of time, which was why it was often done by old women. A mortar and a pestle were the common attributes of an old hag, which Baba Yaga surely was.

Why is she so popular in contemporary culture? 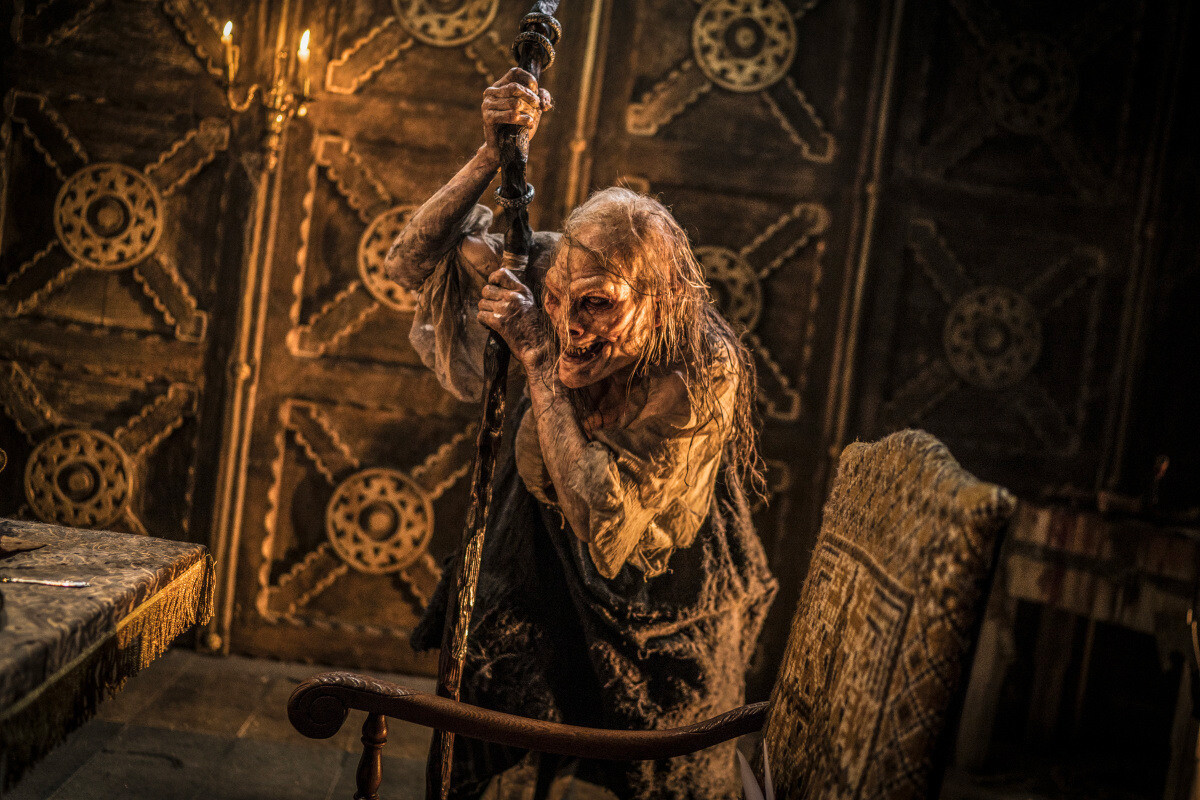 The secret of Baba Yaga’s popularity can be traced, peculiarly, to her obscurity. Yes, indeed, every Russian child knows the name “Baba Yaga”, but little is known about her connection with the netherworld or her possible origin from an ancient female deity. So she appears in different variations in Russian cartoons and movies. ​​Georgy Millyar, a male actor, portrayed Baba Yaga in numerous Soviet movies in the 1930s-60s, among them ‘Vasilissa the Beautiful’, ‘Morozko’, ‘New Adventures of Puss-in-Boots’, and others. 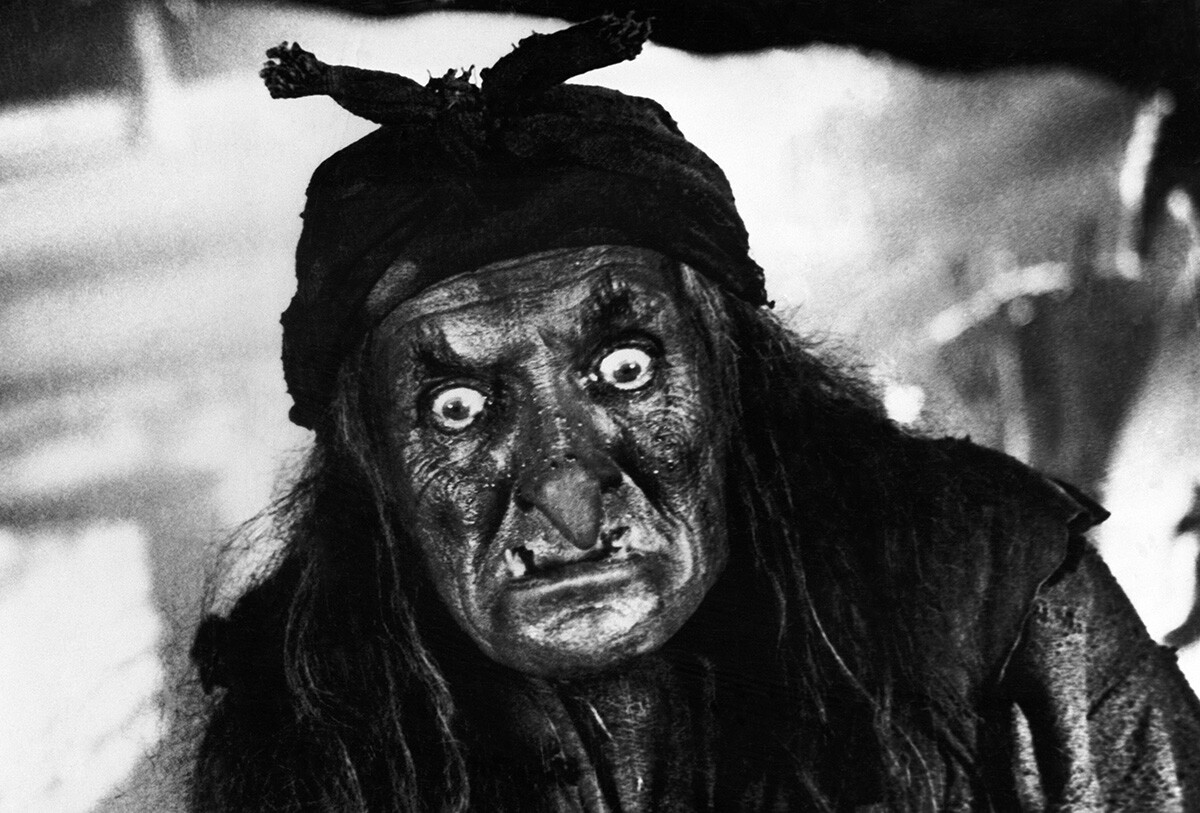 To modern Western audiences, Baba Yaga is often just a generic Slavic monster – in the movie ‘John Wick’, for example, the creators have involuntarily confused the female being with another Slavic boogeyman whose name rhymes in Russian – the “Babayka”.

Meanwhile,in Season 2 of ‘The Witcher’, the antagonist Voleth Meir (Deathless Mother) borrows some features from Baba Yaga (her hut stands on the legs of basilisks – a kind of hellish chicken).

In the graphic novel ‘Hellboy: The Chained Coffin and Others’, Baba Yaga has a full episode to herself. And in the manga/anime ‘Soul Eater’, there is the d "the castle of Baba Yaga", used by the witch Arachne as a base of operations.