Who is Koschei the Immortal, the main villain of Russian fairy tales? 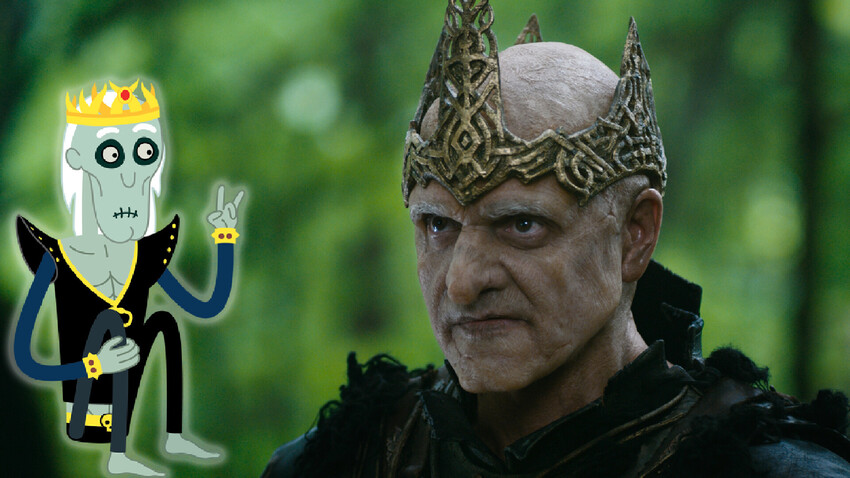 Kinoslovo, Walt Disney Pictures; Soyuzmultfilm
One of Russian culture’s most terrifying characters is an ugly old man who deceives and then steals young beauties.

Almost every Russian fairy tale has a demonic character - a force of evil against which the protagonist fights. Often it’s either a monstrous dragon (such as the three-headed Serpent Gorynych) or an evil sorcerer (such as Koschei the Immortal). 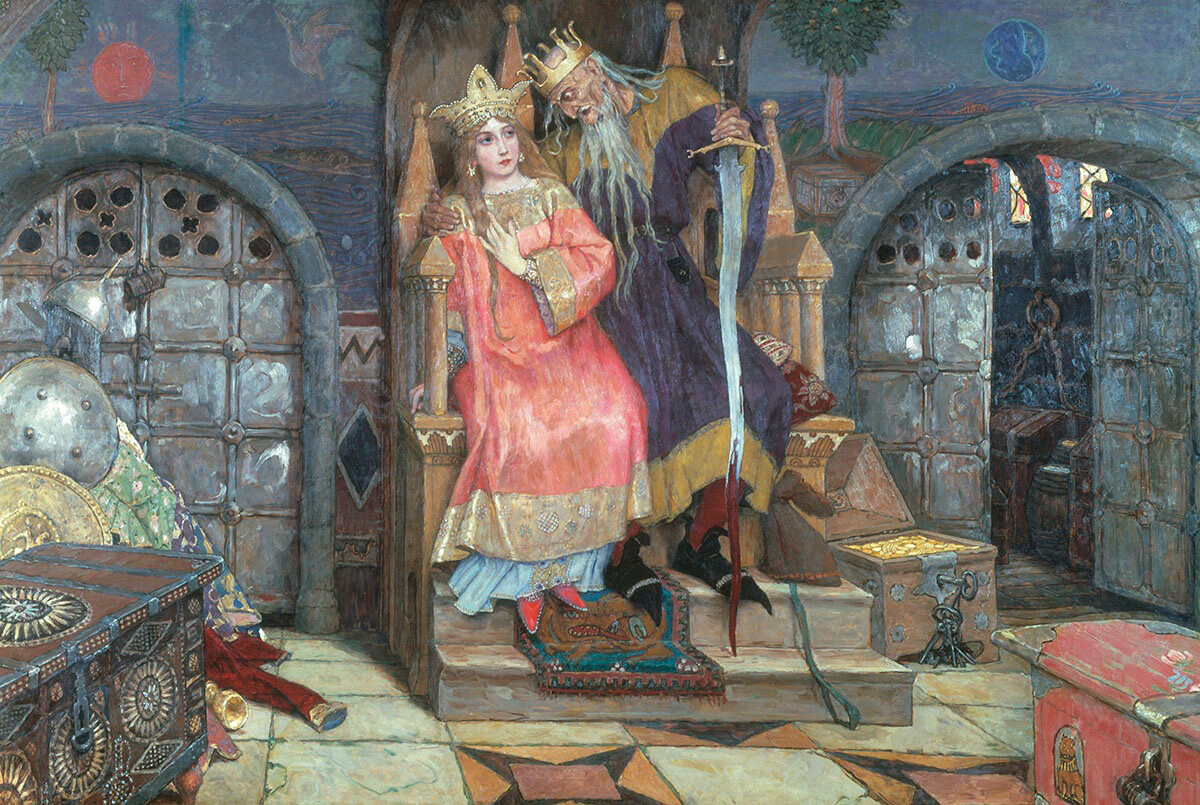 The villain known as Koschei (or Kaschei) the Immortal can be found in many Russian fairy tales, both folklore and literary versions. The most famous stories where he appears are “The Frog Princess,” “Marya Morevna,” “Koschei the Immortal,” and the poem “Ruslan and Lyudmila” by Alexander Pushkin.

The main nefarious act committed by Koschei is the kidnapping of beautiful young women. The nasty old man bewitches his victims and, with the help of deception and dark spells, lures them into his captivity. Sometimes Koschei promises a beautiful woman a lot of gold if she agrees to become his wife. Usually, a young bogatyr comes to her rescue. In the fight against evil he’s helped by all those whom he meets on his way, including fantastic creatures. 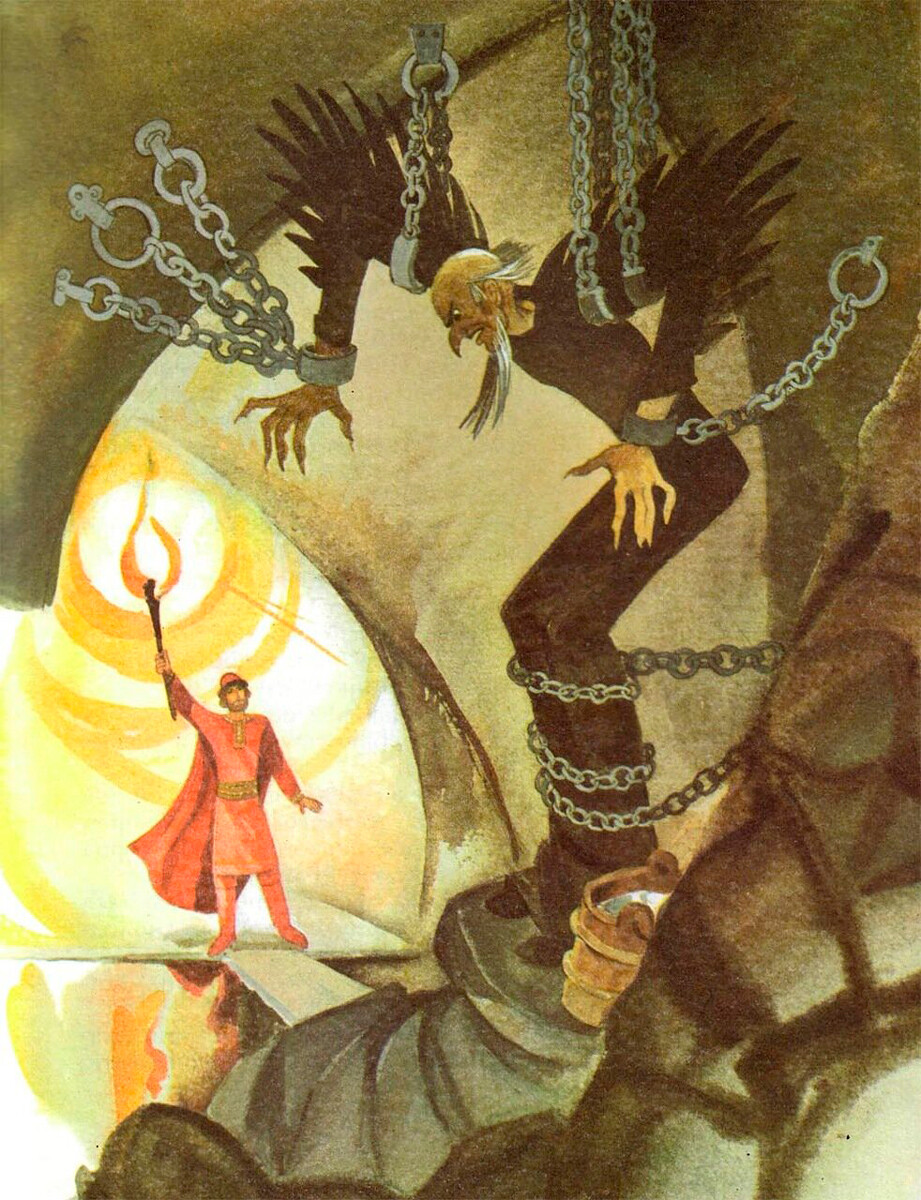 Only in one fairy tale does Koschei end up becoming a prisoner himself - he was captured and chained by the young heroine Marya Morevna. But here, too, Koschei was able to break free thanks to his cunning.

Why is he called Koschei the Immortal?

Koschei looks like a walking mummy - he is a very shabby old man. He is so thin that the ancient Slavs thought of him as a living corpse who literally makes clattering sounds with his bones.

Most likely the word koschei comes from the Russian word kost’ (bone). In various fairy tales, Koschei does not eat or drink for a long period of time (sometimes as long as 300 years!). He exists somewhere on the line separating the world of the living and the dead, and thus he’s neither completely alive nor completely dead.

Another version of koschei’s origin comes from the Turkic word kоšči, which means “captive”. In this way koschei is mentioned in the 12th century literary masterpiece, “The Tale of Igor’s Campaign”. This is perhaps why in fairy tales the villain Koschei takes someone captive, or he himself is taken captive.

Where does Koschei live?

More often than not, Koschei’s abode is a sinister dark and cold castle or palace that’s located in the middle of nowhere, as often is stated in fairy tales. It’s very difficult to get there, not everyone can find the place, and one will encounter all sorts of obstacles and magical traps along the way. Many travelers exhaust their horses and more than one pair of iron boots trying to find Koschei’s hidden lair.

Koschei’s palace holds countless riches, but he is very stingy and does not spend them at all; he just hoards wealth. As Alexander Pushkin wrote, “Tsar Koschei is choking on his gold.”

The equivalent of Hades 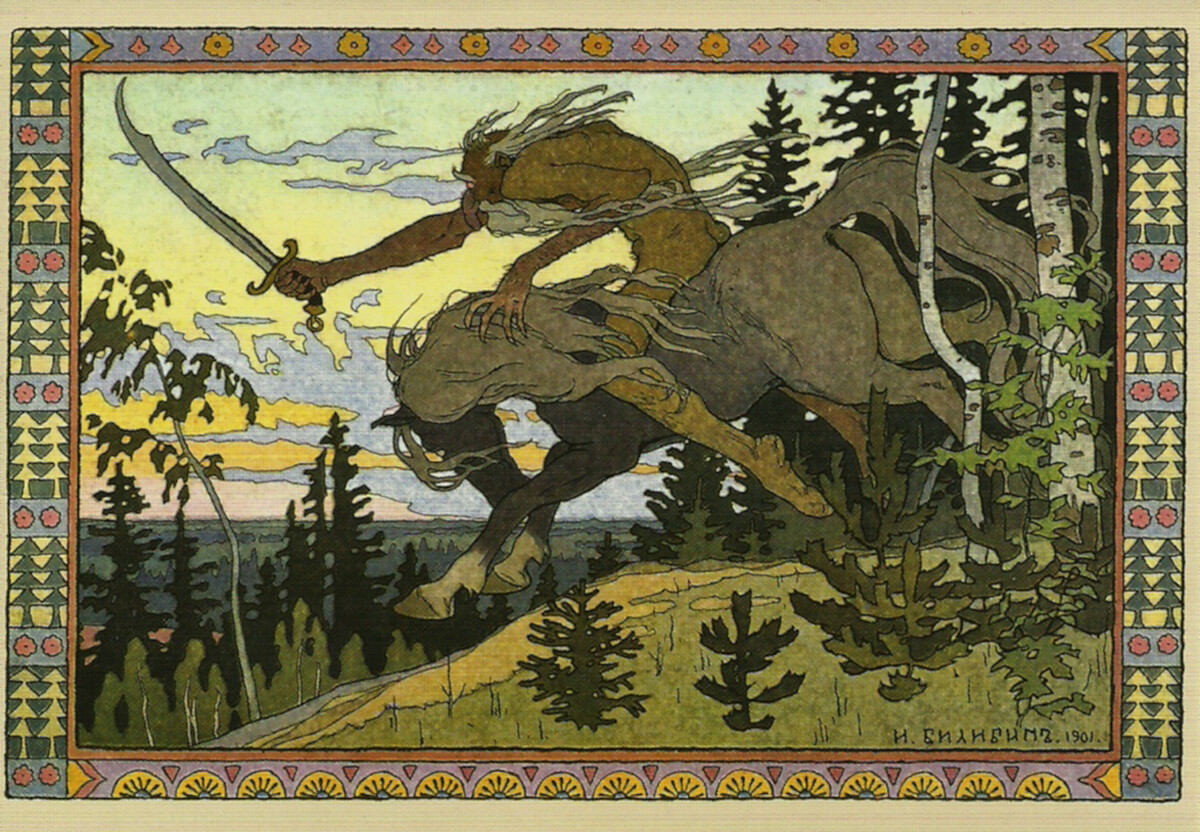 In Slavic mythology, there’s a certain dark deity called Karachun, an evil spirit of the lower world, the lord of cold, gloom and the world of the dead. Researcher of Slavic mythology Lilia Alekseeva believes that Koschei is one of the folklore versions of Karachun, an ancient demon. “He is considered to be a wintertime Slavic deity who personifies death,” Alexeeva writes.

The fictional Koschei, just like the mythical Karachun, resembles the ancient Greek god of the underworld, Hades. They also lure other characters into their den; getting there means crossing from the real world from which there’s no escape. The bogatyrs from Russian fairy tales, just like Orpheus, follow them into the underworld to save their Euridices.

Is he really immortal?

Although Koschei is called “immortal”, it’s still possible to kill him, although it’s very difficult. In order to defeat the villain and be rid of him forever, you must break the enchanted needle, which is stored in an egg, and the egg in a duck, the duck in a hare, the hare in a cherished chest under an oak tree on an island in the middle of the sea.

Folklore researcher Vladimir Propp believes that such a separately existing “death” is related to ancient ideas about the human soul. “The soul is thought of as an independent entity, capable of living outside of a person. For this to happen it’s not even always necessary to die. And a living person can have a soul or one of his souls that exists outside of himself. This is the so-called external soul or bush soul. The possessor of such a soul is Koschei,” writes Propp in his book, The Historical Roots of the Magic Tale. 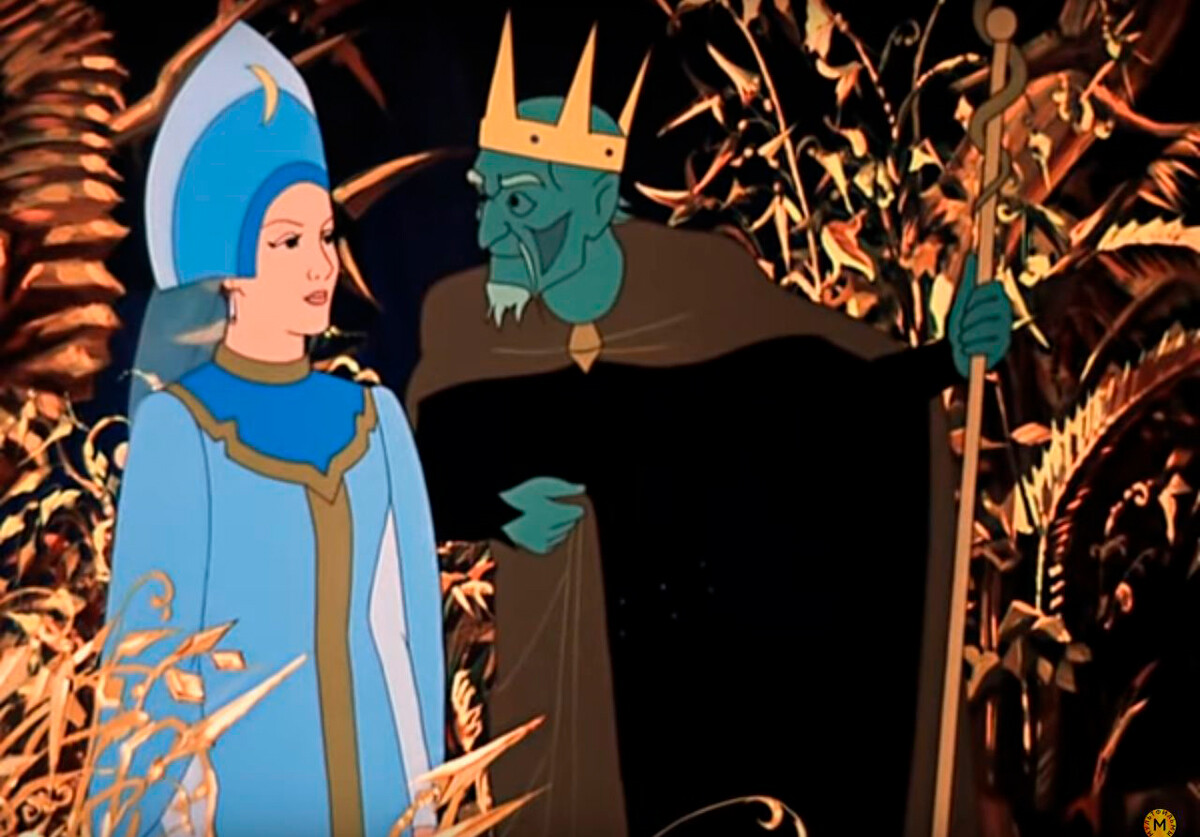 A still from 'The Frog Princess' animation film, 1954

The evil old man became a popular character in cartoons and adaptations of Russian fairy tales. The most recognizable Koschei in Soviet cinema was the actor Georgy Millyar, who played the main role in the movie Koschei the Immortal (1945). To play the bony old man, Millyar did not need any special diet or preparation. The movie was shot during World War II, and while evacuated in Dushanbe the actor had malaria and turned into a “living skeleton”, just like his character. “I weighed 45 kilos with my boots on,” joked Millyar. 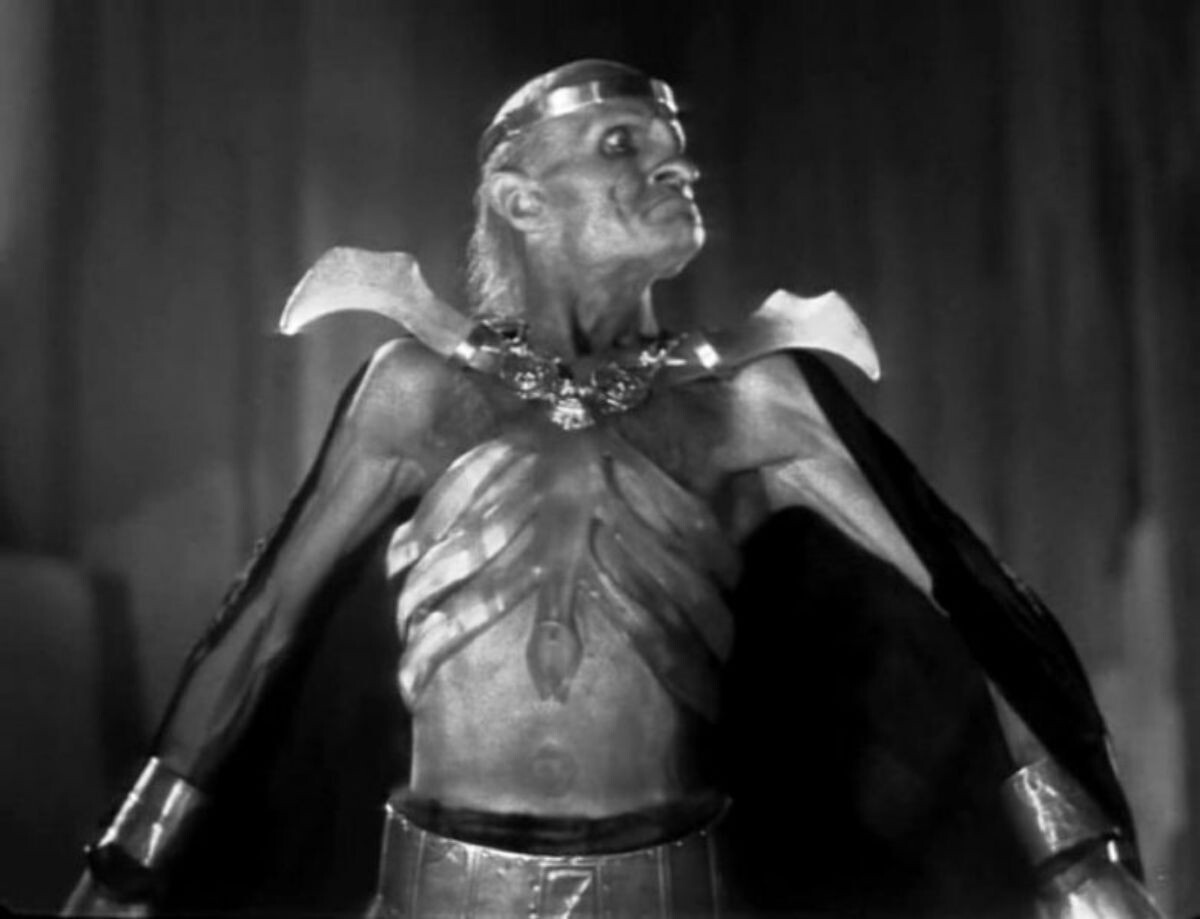 The movie premiered on May 9, 1945, in a packed theater. Though a fictional evil, Kaschei symbolized a very real evil of that era - the Nazis. 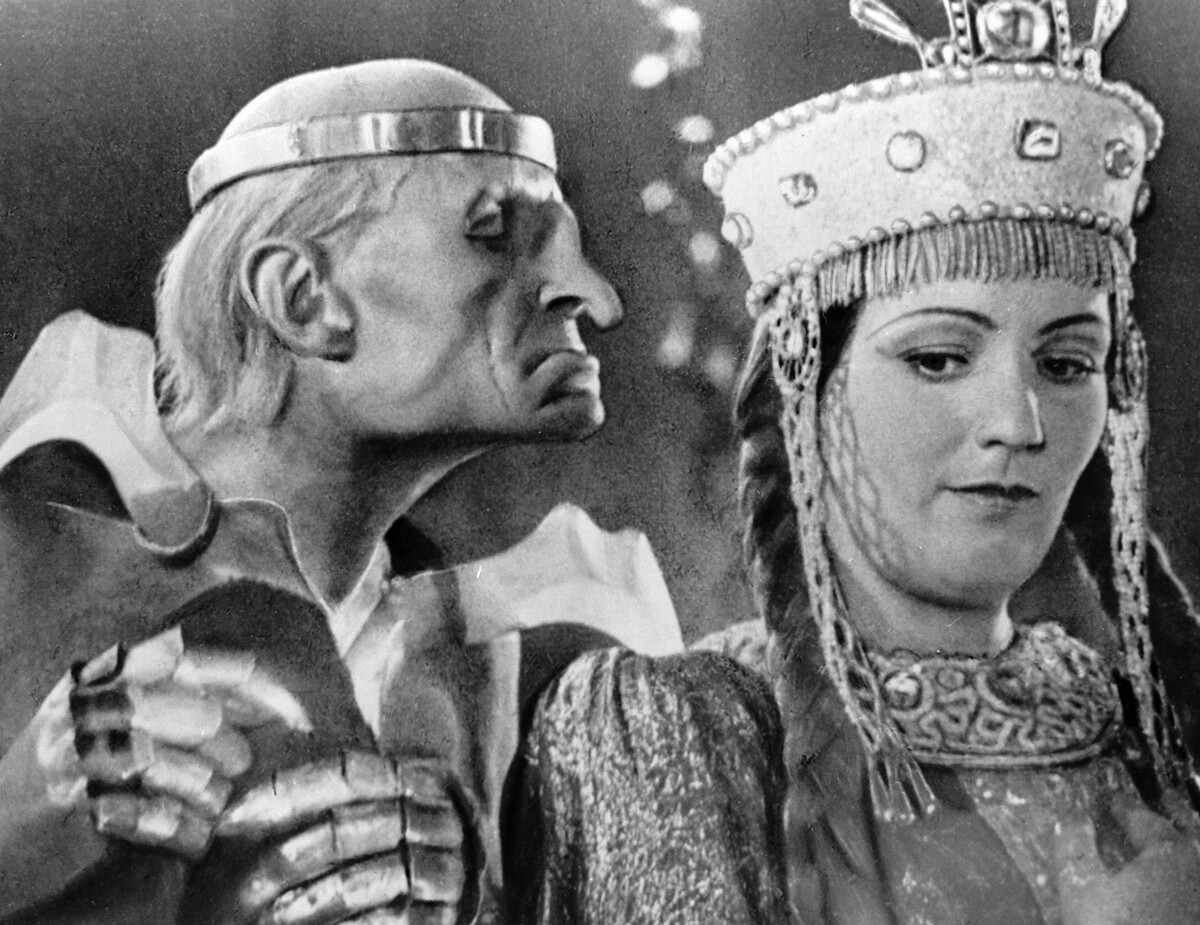 Later, Millyar played Koschei in other Soviet fairy tale movies, such as Fire, Water, and Brass Pipes (1967), where he appeared as more of a comic character. Interestingly, in the same movie he also performed his other iconic and recognizable role - the sorceress Baba Yaga. 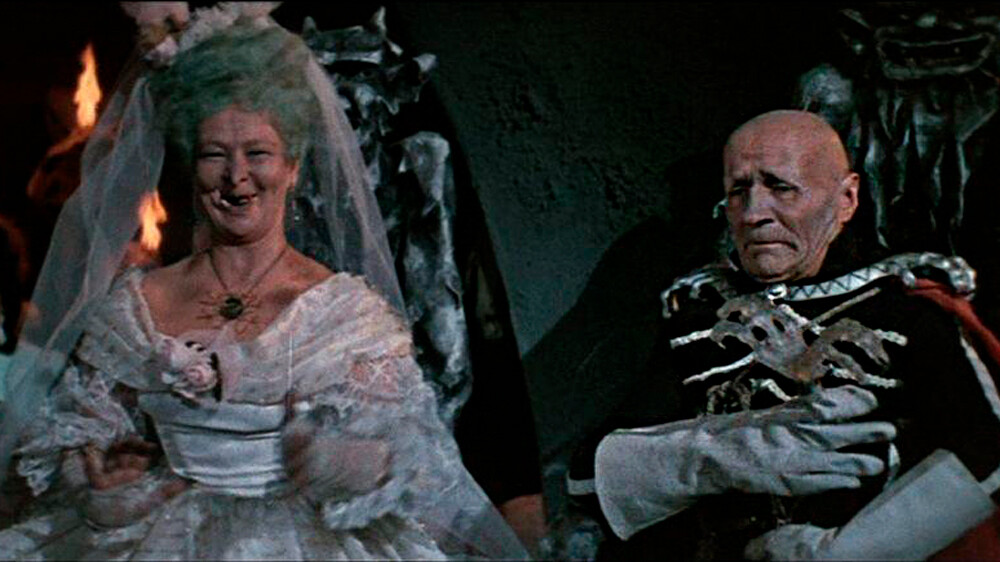 The villain Koschei appears in more than 20 films. One of the most recent is a trilogy called The Last Warrior. Koschei was played by actor Konstantin Lavronenko, who has played villains in other movies. According to the director's main idea, Koschei, though cunning, helps the heroes to fight a greater evil. 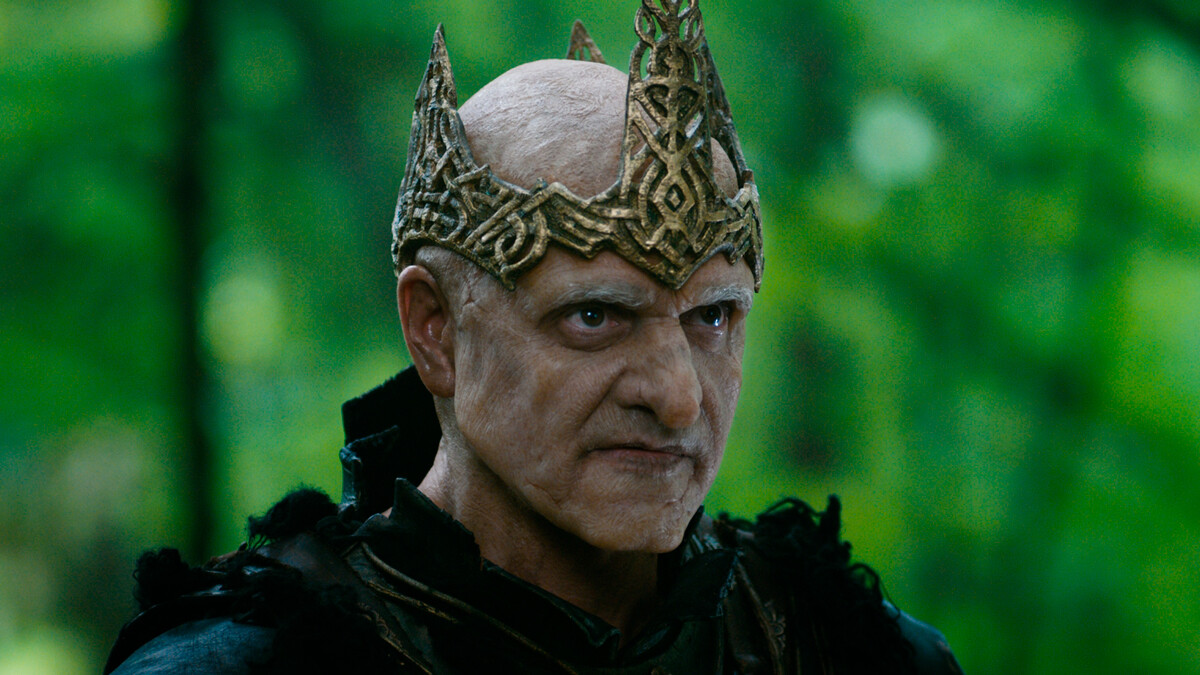 Konstantin Lavronenko as Koschei in 'The Last Warrior' movie, 2017

In 2022, the Russian cartoon Koschei, The Bride Snatcher was released, in which the evil sorcerer is searching for a wife for hundreds of years. 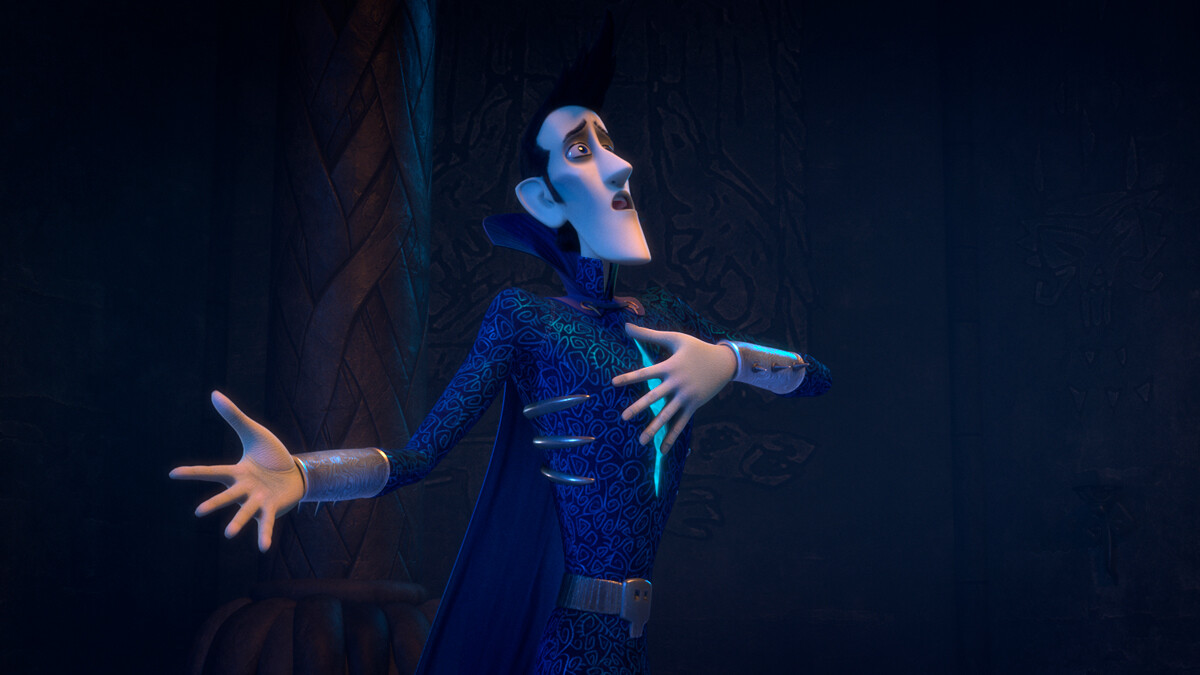 A still from 'Koschei, The Bride Snatcher'

Koschei also appears in the popular BBC series Doctor Who. That’s the real name of the Master, the dark villain and antagonist of the Doctor. He appears as a time lord, and returns again and again, even after everyone thought he was dead. 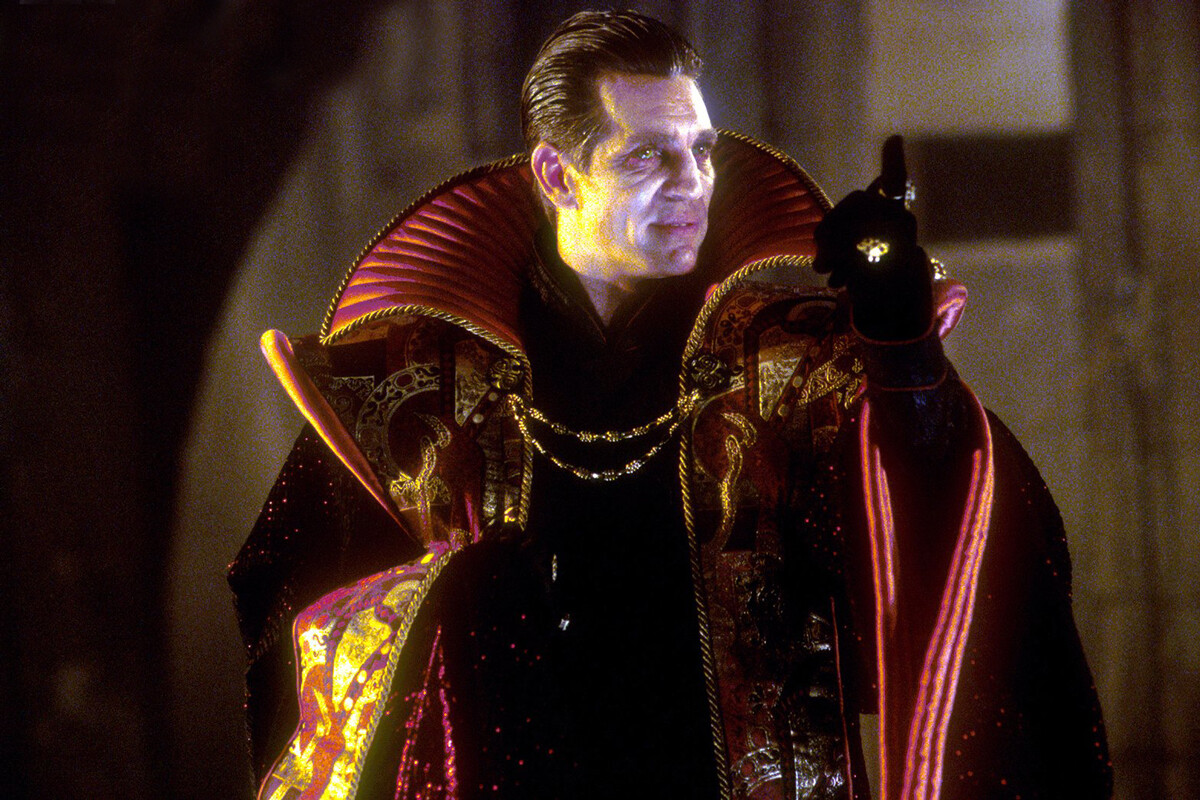