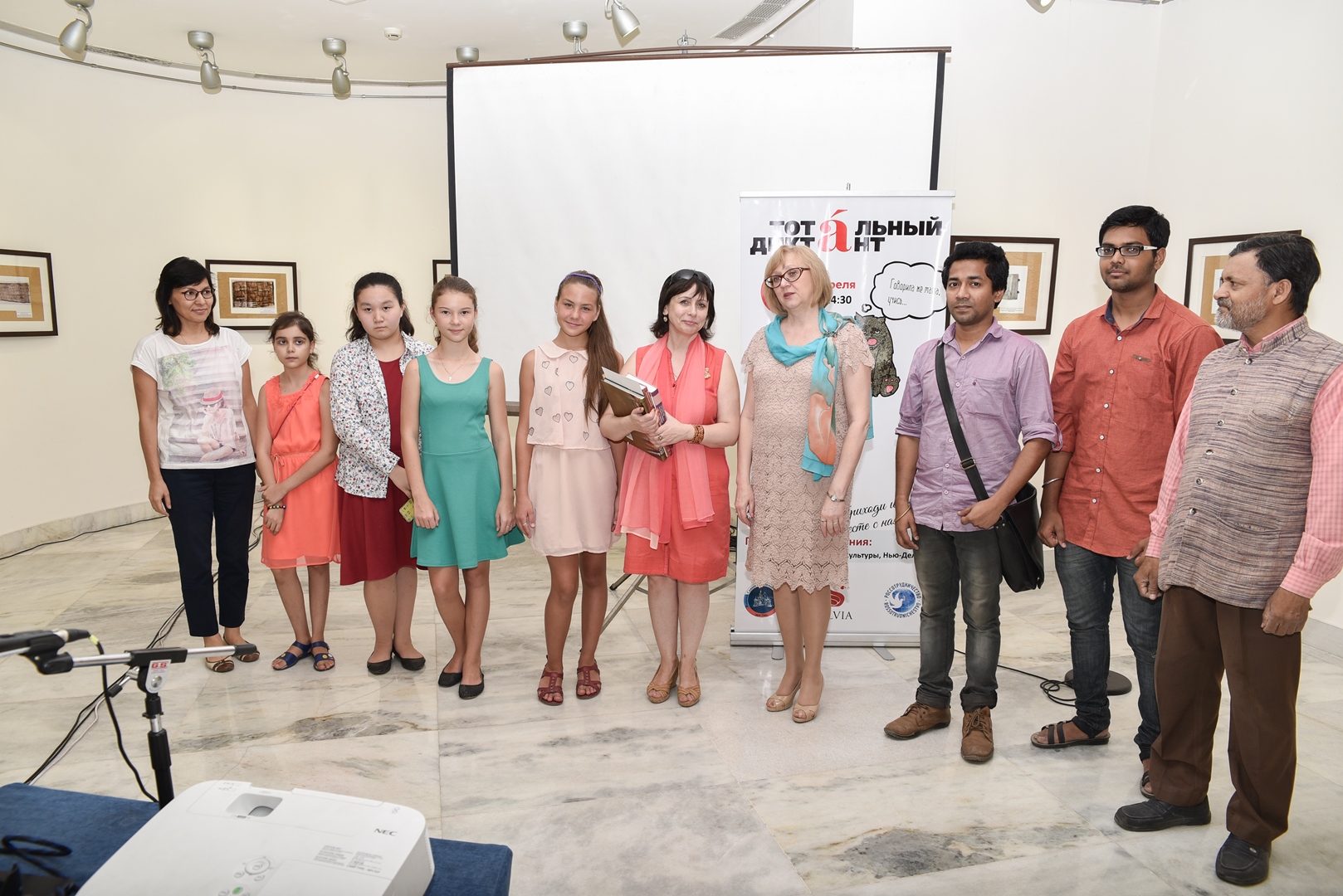 A fair number of Russian language students, students of the Russian Embassy School, Russian compatriots, and others attended the function.

RCSC
The Day of Slavic Writing and Culture, which the Russian Government has celebrated since 1991, was marked at the Russian Centre of Science and Culture (RCSC) on May 25, 2016.

The Russian Centre of Science and Culture (RCSC) organised a function to mark the Day of Slavic Writing and Culture in New Delhi on May 25, 2016. The event, being celebrated by the Russian Federation since 1991, was jointly organised by the RCSC and the Russian Language Teachers’ Training Centre.

The highlight of the programme was a Lecture and Multi-Media Presentation on “Christian missionaries—Saints Cyril and Methodius---who are Credited with Devising the Slavic/Cyrillic Alphabet”. An Exhibition of photos of ancient books in Slavic script and craft was opened on the occasion.

Tracing the background on the affinity of Slavic and Sanskrit words, Kumar described the meeting and interaction between Aryans and Slavs across Central Asia in earlier centuries. He narrated the historical background of Slavonic writing and culture, which had a bearing on the political and social scenario of the ancient era, and the stage-by-stage development of Russian script as it is today. He underlined the affinity of the linguistic and cultural backdrop of both India and Russia.

Perova, in her address, described the life, travel and monumental work of St. Cyril and St. Methodius, whose contribution to the evolution of Slavic writing and culture was a phenomenon in the linguistic world. She described the evolution of Russian scripts with the aid of remarkable photos displayed on the occasion.