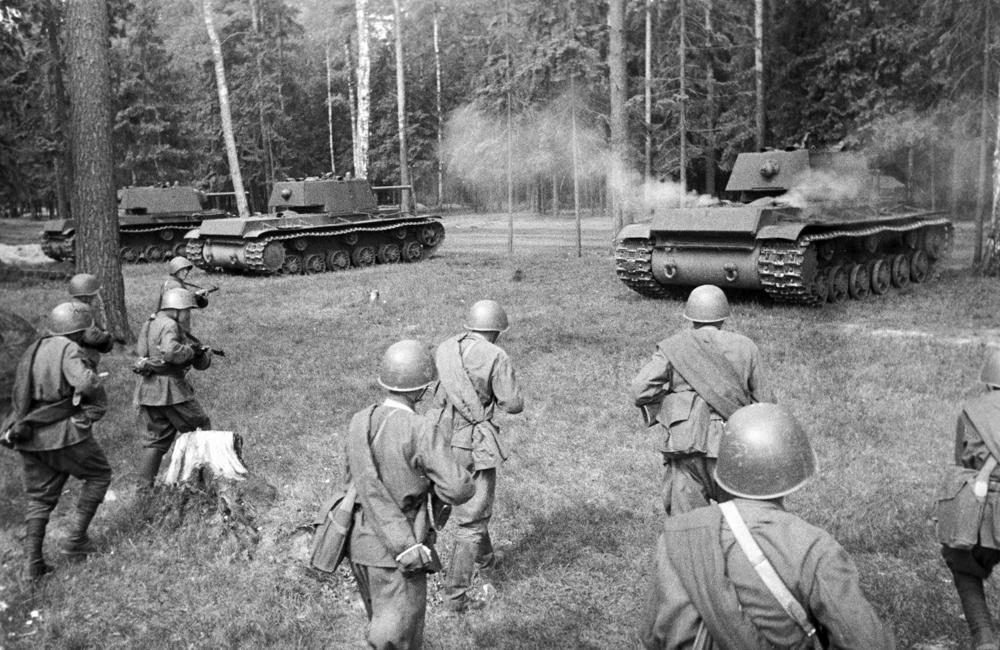 Samariy Gurariy/RIA Novosti
Organizing armed forces in the modern era is an extremely complicated objective. Russia's experience with the Syrian operation clearly demonstrates how serious the challenge is, but Russia is taking lessons from the mistakes. 75 years ago, some such errors almost led to the ruin of the USSR and its army.

The Soviet armoured tank forces at the beginning of WWII were among the strongest in the world, both in terms of quality and quantity. The figures speak for themselves: there were more than 25,000 tanks in the Red Army in 1941.

Germany, in comparison, had assembled only around 4,000 tanks before its invasion of the Soviet Union, three times fewer than the number of armoured vehicles that the USSR had along its borders.

Specialists point to the fact that a large part of the Soviet machines were old and ready to be written off. But even what remained was impressive in its power. Stalin had at his disposal more than 1,500 new KV and T-34 tanks, which were superior to the German tanks on a number of different parametres.

The entire tank armada was organized in 20 motorized corps, each of which was like a separate army. Formally, the Germans had nothing similar. Each of their motorized corps had just over 1,000 tanks of various types and 35,000 servicemen. If everything could have been decided by figures alone, then five such Soviet armies would have been enough to counter all the Wehrmacht’s armoured tanks on the Eastern Front.

The strength and weakness of the motorized corps

However, the motorized corps turned out to be ineffective. The desire for size and volume did the USSR a disservice here – a large number of tanks in a subdivision meant they did not have high combat capability. The components of the motorized corps were unbalanced and the hurry with which they were deployed led to the subdivisions having different numbers and types of tanks. The motorized corps clearly lacked cars and tractors, which inevitably influenced the tanks' manoeuverability. Training of crews also left much to be desired.

To be fair, it is necessary to state that the tactics on the use of tanks in military use on the eve of WWII was a difficult challenge for all the world’s large armies. The most successful were the Germans, who created the effective Panzerwaffe, the core unit of which was the tank division, the main instrument of the Blitzkrieg.

In terms of numbers of tanks, the Panzerwaffe was five times smaller than the Soviet motorized corps, but it was much more effective because of a more balanced composition and a high degree of motorization. The German tank division included a mobile motor-infantry and special stress was placed on anti-tank artillery.

The cost of organizational mistakes

The battles of 1941 demonstrated the price of organizational mistakes made by creators of the Soviet armoured vehicle forces. The powerful motorized corps were completely destroyed, and the Red Army's attempt to deal the Wehrmacht a counterblow in Ukraine turned into a catastrophe.

By the end of June 1941, Soviet forces had lost 4,300 tanks there, or 75 percent of the total numbers they started with, while the Germans lost just 250. Most of the losses were irretrievable. The main cause for the losses was the structural limitations of the motorized corps, which turned them into unwieldy armadas, vulnerable to an experienced enemy.

However, the Soviet tank drivers demonstrated their heroism everywhere they could. Among the feats that went down in history was that of D. Lavrinenko who, in November 1941, destroyed seven German tanks in the course of one battle. While the human factor could not compensate for profound organizational mistakes, it took two difficult years to fix them.