From Tver to the Deccan: Retracing Afanasy Nikitin’s life in India 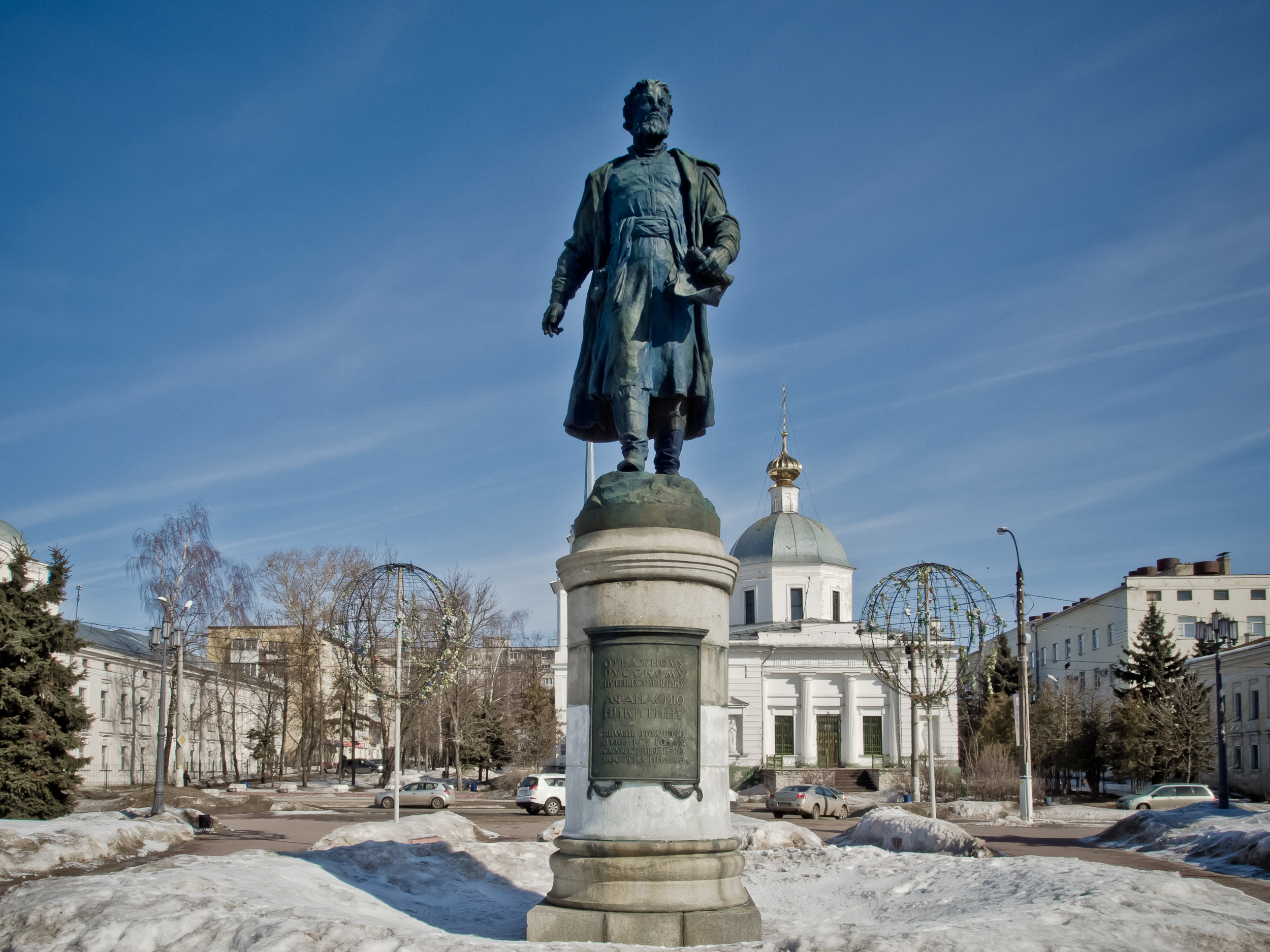 Monument to Afanasy Nikitin in Tver.

Florstein/wikipedia.org
The Russian merchant arrived in India in 1469 and lived in the country for three years, travelling all the way to Deccan Plateau. His time in India coincided with the decline of the Bahmani Sultanate. Nikitin’s impressions of India were well documented in his narrative titled ‘Voyage Beyond Three Seas’.

There is just one thing that the historic Russian city of Tver and the village of Chaul, near Mumbai, share: A monument dedicated to Russian traveler and merchant Afanasy Nikitin. The first European to travel to and document his visit to India via the sea route after Niccolò de' Conti, Nikitin visited the country even before Vasco da Gama. Nikitin’s impressions of India were well documented in his narrative titled ‘Voyage Beyond Three Seas’.

In the 15th century, Tver was famous for its adventurous merchants who traveled as to Europe and the Middle East. Little is known of Nikitin’s life before his voyage, which began when he decided to look for opportunities in the town of Shirvan, which is in modern-day Azerbaijan. At that time, the Grand Duke of Muschovy sent his ambassador to the town in the Caucasus. Nikitin and other merchants sailed on the Volga to reach Shirvan. He then made his way to Baku and to Persia (Iran) and lived in the country for a year before setting sail for India, a country that few people in Russia at that time knew anything about.

In the spring of 1469, Nikitin undertook a 6-week voyage on a frail ship across the Arabian Sea and first saw the Indian mainland in Gujarat, where he purchased indigo. He continued his journey by sea from Cambay before arriving in Chaul, a village that is in Maharashtra’s Raigad district. While he was no philosopher or scholar, Nikitin’s writings display a clear sense of observation. He analyzed what he saw and made comparisons with Russia.

“And this is where the land of India lies, and where everyone goes naked; the women go bareheaded and with breasts uncovered, their hair plaited into one braid,” he wrote after arriving in Chaul. Nikitin also wrote about how the locals were fascinated with seeing a man of European appearance.

India at that time mainly consisted of princely states and warring empires. From Nikitin’s writings it is clear that he mainly traveled across Muslim kingdoms, which dominated the Deccan. The most powerful of these was the Bahmani Sultanate.

Nikitin was a devout Orthodox Christian and had to resist several attempts to be converted to Islam. Some western scholars argue that he actually did embrace Islam during his time in India, but such claims are disputed by many Russian historians.

It is known for sure that Nikitin adopted the Muslim name of Khoja Yusuf Khorasani in India. From his writings it is clear that Nikitin fasted with Muslims during the month of Ramzan and felt a bit guilty that he diverged from his Christian faith.

“In Junnar (modern day Pune district), the Khan took away my stallion,” Nikitin wrote. “But when he learnt that I was a Russian, and not a Muslim, he said: ‘I shall give thee back thy stallion and pay thee a thousand pieces of gold, if only thou will adopt our Mohammedan faith. But should thou not adopt our Mohammedan faith, I shall keep the stallion and exact a ransom of a thousand pieces of gold from thee.’” Nikitin’s friend, Khoja Mohammed of Khorasan helped free him from the Khan.

Nikitin traveled to Bidar (Karnataka), where he lived for a few months. According to his writings, the Bahmani sultans were waging several campaigns against the Hindu kingdom of Vijayanagar. He wrote about how the ruling class in the sultanate had excess luxuries while the people remained poor.

“The Sultan’s palace is very beautiful with fretwork and gilt all over it, and its every stone is fretted and very beautifully painted in gold; and inside the palace, there are sundry vessels,” he wrote.

Nikitin interacted with Hindus in Bidar and noticed that there were similarities between the community and Russian Orthodox Christians, such as the fact that both communities prayed while facing the East.

According to his writings, the Hindus seemed more comfortable with him than they did with Muslims. “They did not hide from me when eating, trading, praying, or doing something else; nor did they conceal their wives,” Nikitin wrote.

Nikitin observed that there were many sects within the Hindus. “Altogether there are 84 faiths in India and everyone believes in God,” he wrote. “People of different faiths do not eat or drink together, nor do they intermarry; some eat mutton, fowl, fish and eggs, but of no faith do the people eat beef.”

Nikitin even went on a pilgrimage with Hindus to Parvat, a group of temples on the right bank of the Krishna River, 173 kilometers southeast of Hyderabad. He seemed impressed with the carvings and idols at the temples. The Russian merchant also noticed how Hindu women wore modest dhotis but at the same time adorned pearl necklaces, sapphire rings and gold bracelets and rings.

After three years in India, Nikitin decided to go back to Russia. He sailed from Dabhol to Ethiopia and then onwards to Muscat, Hormuz, Shiraz and to Crimea before heading towards Central Russia. He never managed to reach his hometown of Tver. Afanasy Nikitin died near Smolensk in the autumn of 1472.

His writings give a rare account of India at a time when the only existing chronicles were written by sycophants looking to impress their Muslim rulers. The Bahmani Sultanate, under Mohammed III, launched unsuccessful campaigns against the Vijayanagara Empire and eventually disintegrated into smaller kingdoms.

Nikitin’s narrative also helped create a degree of romance in Russia when it came to India. Subsequently the country developed a rich tradition of Indology, setting the path for a great relationship between the governments and peoples.

Research for this article would not have been possible without the assistance of the Russian Center for Science and Culture (RCSC), Mumbai. In 2002, the RCSC republished Afanasy Nikitin’s ‘Voyage Beyond Three Seas’ in Hindi, Russian and English. The volume, which was released when the founding stone for a Nikitin monument was laid by Ambassador Alexander Kadakin in Chaul, was the result of painstaking efforts from the late Dr. Suniti Deshpande, and eminent Indologists Dr. Irina Cheysheva and Dr. Dmitry Chelyshev.