Are the Russian and Indian civilisations of western origin? 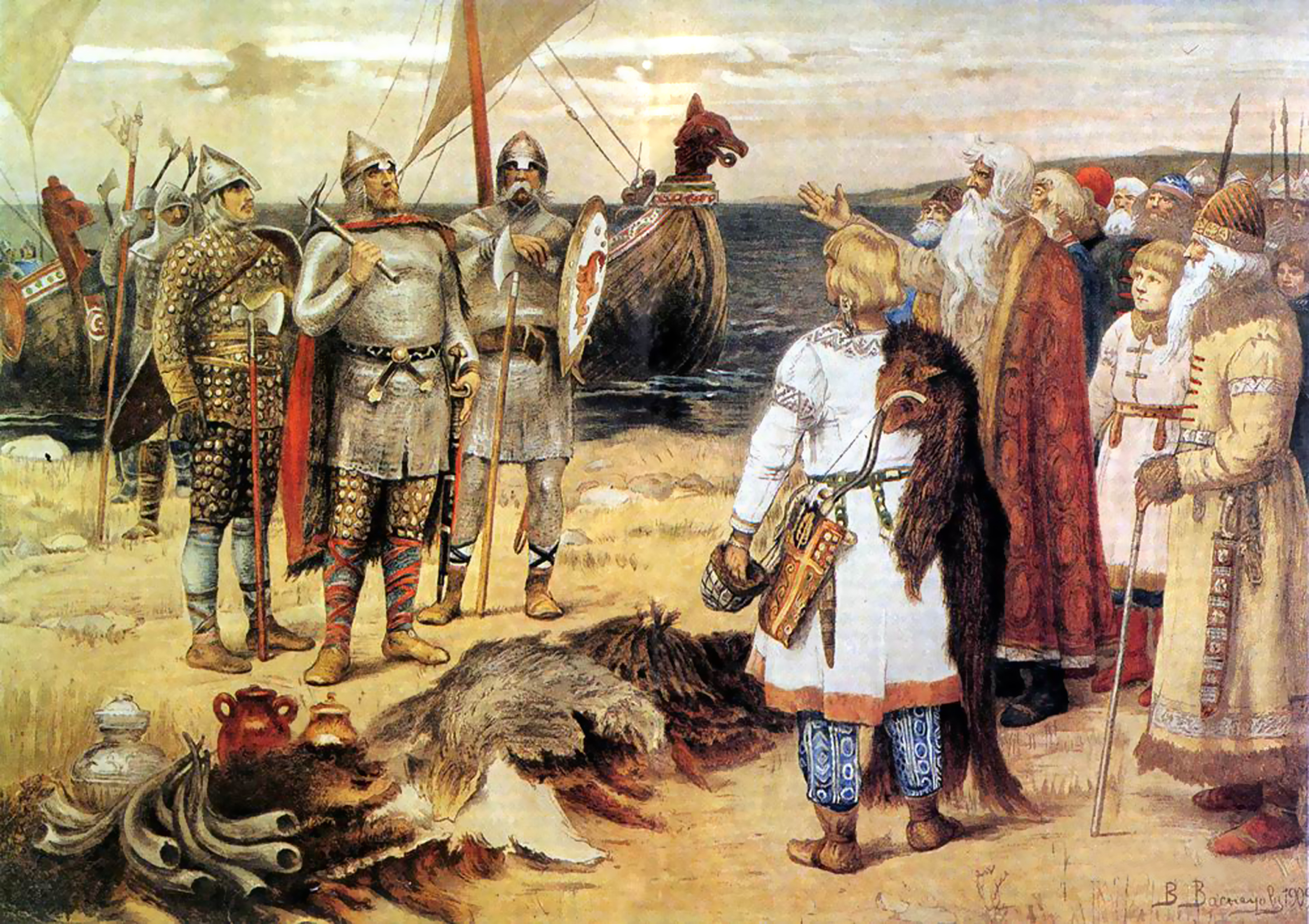 Viktor Vasnetsov. The Invitation of the Varangians: Rurik and his brothers arrive in Staraya Ladoga (1909)

Both the Norman and Aryan Invasion theories are the brainchild of foreigners with very little understanding of – and a great deal of ulterior motive towards – the countries they claimed to be experts on.

There is never one history of a nation. Instead, you will find several versions – written by past historians, current rulers, rival nations, travellers and collaborator academics working for foreign interests. In countries as large as Russia and India, there will be a sufficient pool of takers for each of these versions, thereby adding to the confusion and taking the debate further away from the truth.

In the case of both Russia and India, there are conflicting views on their civilisational origins. In Russia there is the Norman Theory, whose supporters argue the Normans are the founders of the state of ancient Rus. In India the leftist academics have embraced the Aryan Invasion Theory (AIT), which claims white skinned Europeans invaded India, subjugated the dark skinned natives and established the high civilisation of the Aryans. Interestingly, both theories are the brainchild of foreigners with very little understanding of – and a great deal of ulterior motive towards – the countries they claimed to be experts on.

According to the Norman Theory, it was the Scandinavians who founded and ruled the first Russian state. Its proponents argue that Russia would never have developed as a civilisation without influences from the West.

The historiography of the problem dates back nearly a thousand years to The Chronicle of Bygone Years. Written in 1116 CE, it says that the people of Russia said to the people of Scandinavia, “Our whole land is great and rich, but there is no order in it. Come to rule and reign over us.”

Michael Westrate explains in a paper for the School of Russian and Asian Studies: “Although known to Russian scholars, the Chronicle remained unknown to westerners until 1732, when Gerhard Freidrich Muller, a German working at the Academy of Sciences in St. Petersburg, published his translation of certain excerpts from the book. These aroused the curiosity of other German scholars, and a number of these, including Muller himself, August Ludwig Schlozer, and Gotlib Bayer, worked out what was named the “Norman Theory” of the origin of the Russian state. In it, they claimed that the Varangians – a Germanic-Scandinavian people, known as Vikings or Normans in the West – founded Kievan Rus. Their theory was unsurprising, considering the Chronicle's clarity on the issue.” 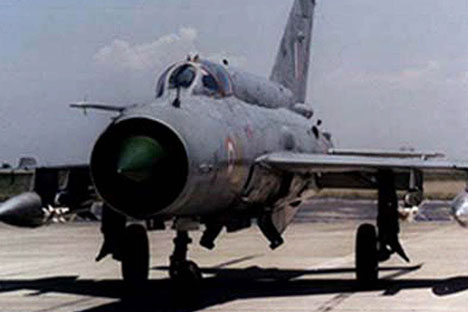 Where Vikings in Russia live like they did 1,000 years ago

However, the opponents of the Norman Theory say the Slavic civilisation developed independently. Foremost among these nationalist scientists was Mikhail Lomonosov (1711-1765), who minimised the role of the Varangians and asserted the primacy of the Slavs. His “Anti-Norman Theory” has been popular with Russian nationalists ever since.

Another scholar, Nicholas Riasanovsky, stated that the Slavs of the Kievan state were the inheritors of centuries of cultural development in southern Russia. “The Normans had very little to contribute to Russia. They represented merely a minor or even a superfluous element in the formation of that state,” he stated.

In fact, Riasanovsky argued that if there was any civilising movement, the traffic was westward. “Russia exercised a considerable cultural influence on Scandinavia,” he said.

The debate is not academic. According to Westrate, “What is at stake is the origins of the word ‘Russia’, the first Russian state, and the Russian and Ukrainian people.”

Realising they could never completely defeat the numerous warlike Indian kingdoms, the British in 1847 commissioned an ambitious and unscrupulous German scholar eerily named Muller to come up with the most outrageous lies about Hindu religion.

Max Muller exceeded British expectations. He discovered a commonly used Sanskrit word ‘Arya’ which means a “noble person”, and claimed it meant Aryan, a primordial race of Europeans who had their homeland somewhere in Russia, Caucasus or the Nordic region – far from India. He said the Aryans invaded India around 1200 CE, destroyed the flourishing civilisation and created a new agrarian way of life. 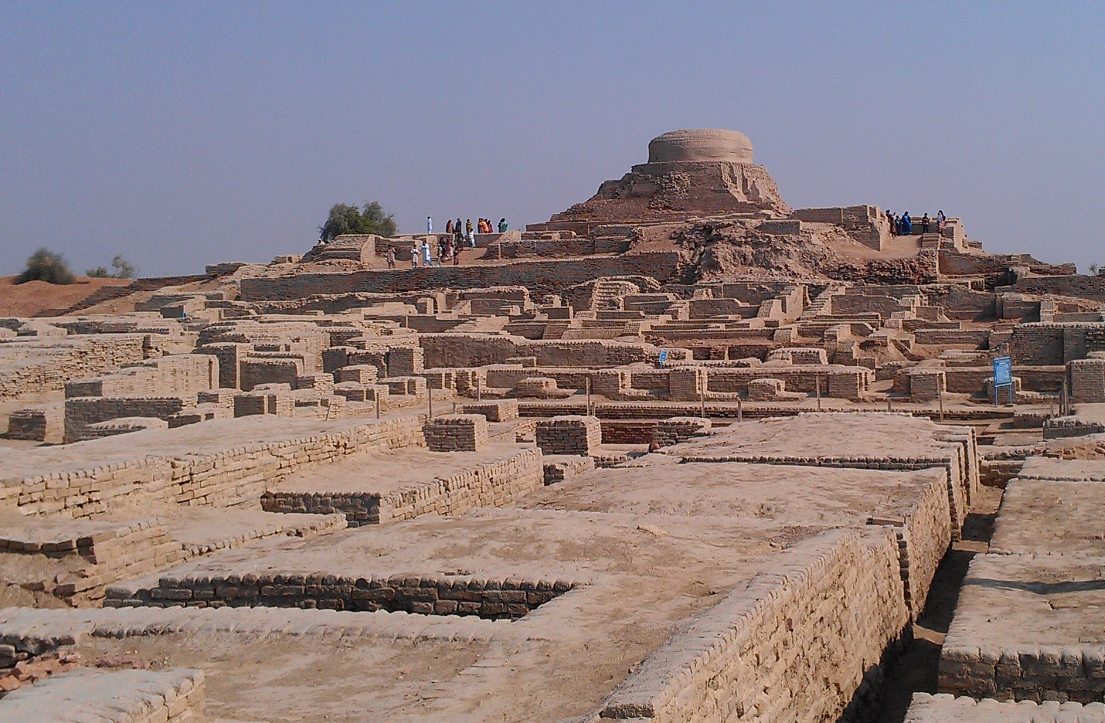 Indian civilisation can be traced to at least 5000 years. Pictured above are the Harappan ruins in Mohenjo Daro. Source: wikipedia

Professor Gwilym Beckerlegge writes in Culture and Empire (1997): “Muller was a British agent, especially employed to write the translations of the Vedas in such a demeaning way so that the Hindus should lose faith in them.”

Muller’s enthusiastic letters reveal the fact that he was desperate to bring Christianity into India so that the religion of the Hindus should be doomed. In a letter to his wife he wrote: “It took only 200 years for us to Christianise the whole of Africa, but even after 400 years India eludes us, I have come to realise that it is Sanskrit which has enabled India to do so. And to break it I have decided to learn Sanskrit.”

In another letter he wrote: “The worship of Shiva or Vishnu and the other popular deities, is of the same, nay, in many cases of a more degraded and savage character than the worship, of Jupiter, Apollo and Minerva; it belongs to a stratum of thought which is long buried beneath our feet, it may live on like the lion and the tiger but the mere air of free thought and civilised life will extinguish it.”

Although India kicked out the British in 1947, the brown sahibs and Macaulayites – a class of people who are Indian in looks but are English in outlook – have clung on to AIT.

However, in recent years, scholars have discovered gaping holes in AIT. According to Belgian Indologist Koenraad Elst, “Indian archaeologists reject the AIT precisely because, after 150 years of being the well-funded official theory, it has failed to come up with any proof on anything Aryan actually moving into India.” 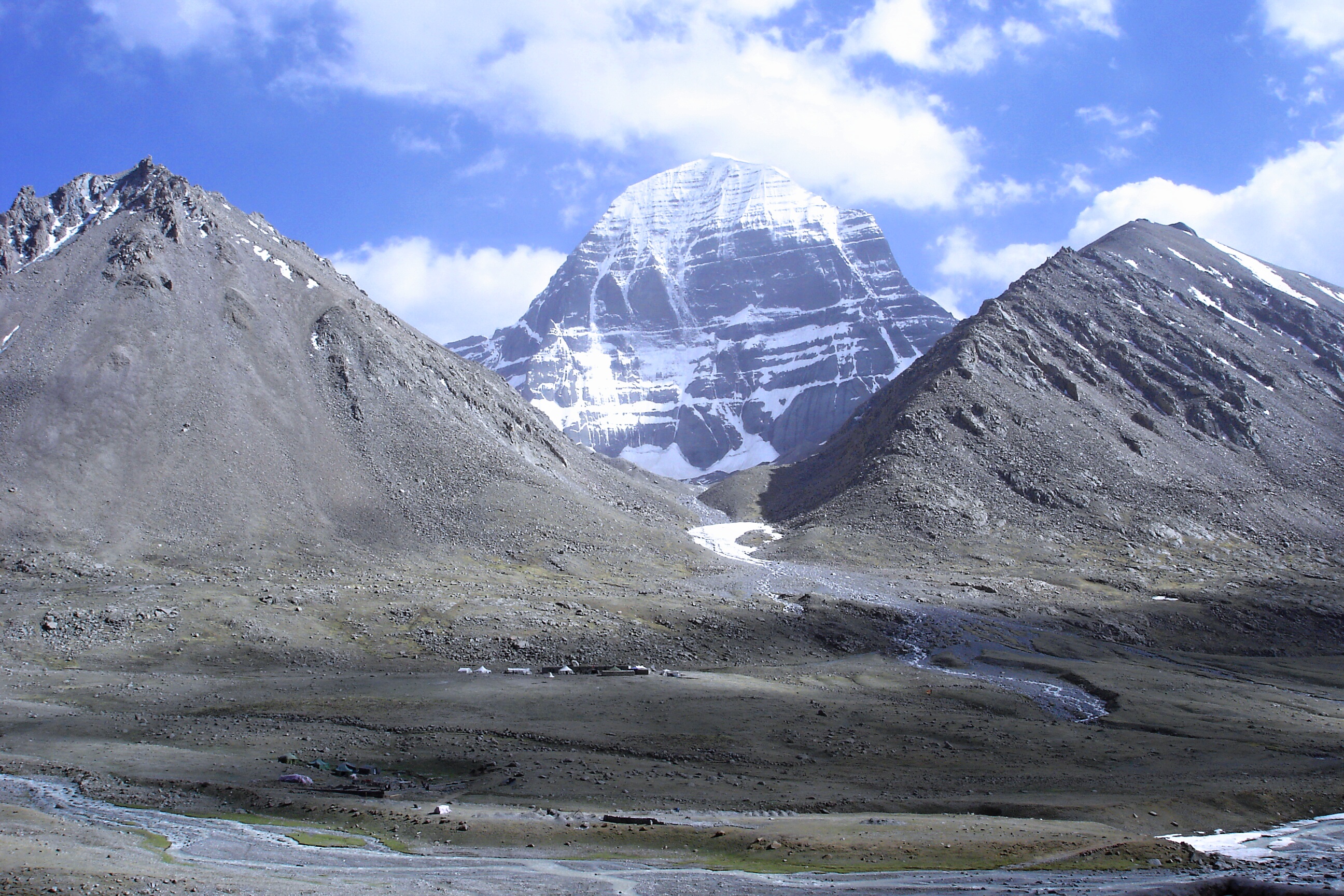 Progress in DNA studies and linguistics has shown AIT to be false and that there was no migration of Europeans to India. On the contrary, there is a large body of research that proves ancient Indians carried language and culture to the West. DNA analyses prove that the Indian gene pool has remained relatively stable for over 50,000 years, which would not be the case had there been an invasion in 1200 CE as these British-inspired quacks claim.

In fact, the M17 genetic marker, which is supposed to be Caucasian trait, occurs with the highest frequency in India. This means among the M17 carriers, the Indian population is the oldest. It also implies that as Indians settled in the Caucasus regions, the absence of sunlight gradually lightened their skin.

DNA evidence can come from sources other than human. According to Elst, “Ukrainian cows have a fair percentage of Indian cows among their ancestry. Migrant Aryan cowherds will have taken along their livestock, so this finding supports the reverse movement from what AIT teaches.”

Again, Indic scholar Shrikant Talageri has demonstrated how the earliest books of the Hindus mention the eastern rivers of India while the later volumes mention the western and northwestern rivers, suggesting that the Indo-European civilisation originated and moved westwards out of India.

Clearly, scientific research – as opposed to the lazy theorising of leftist academics – is taking us ever closer to the truth. 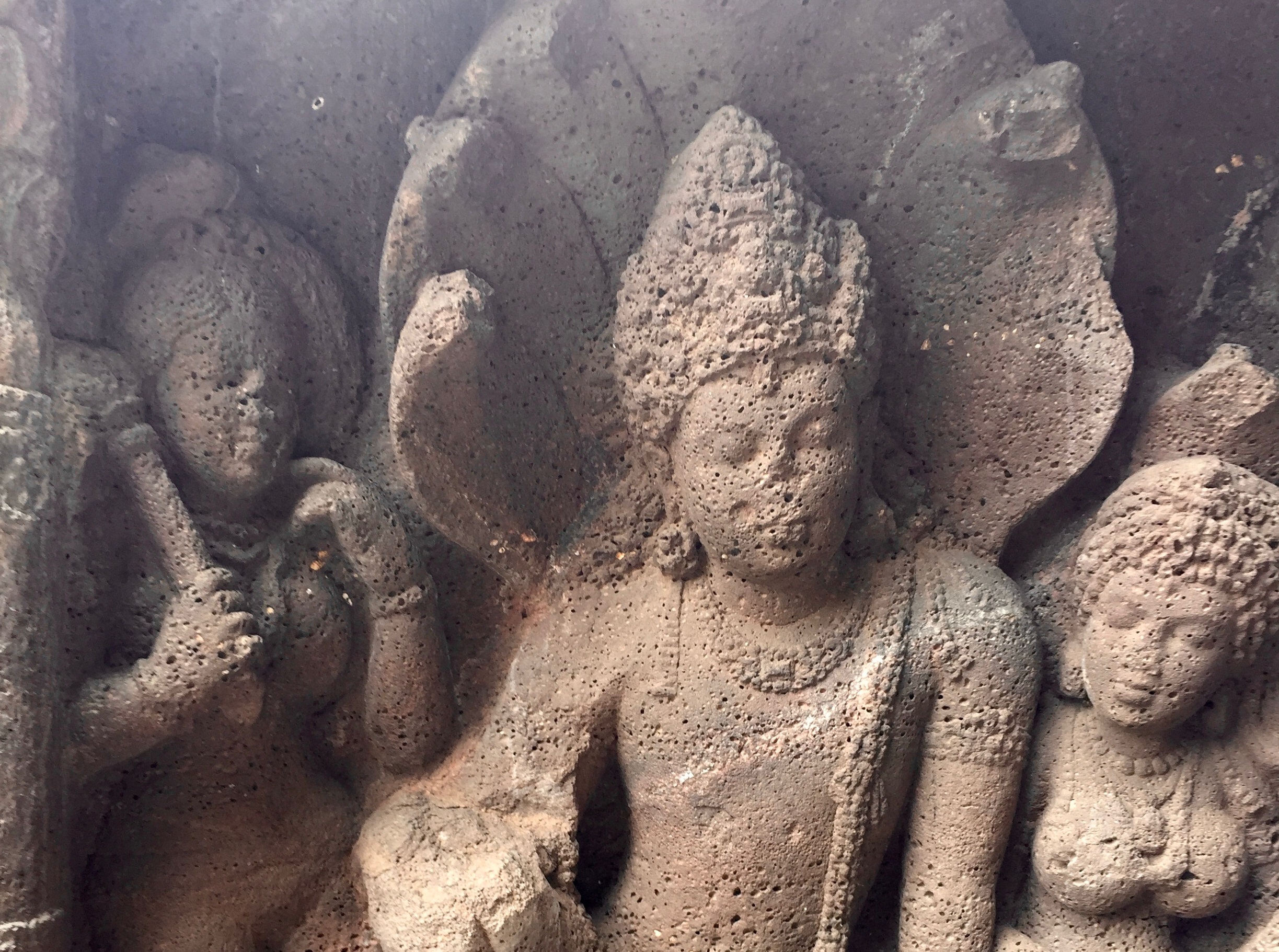