Who were the Soviet dissidents? 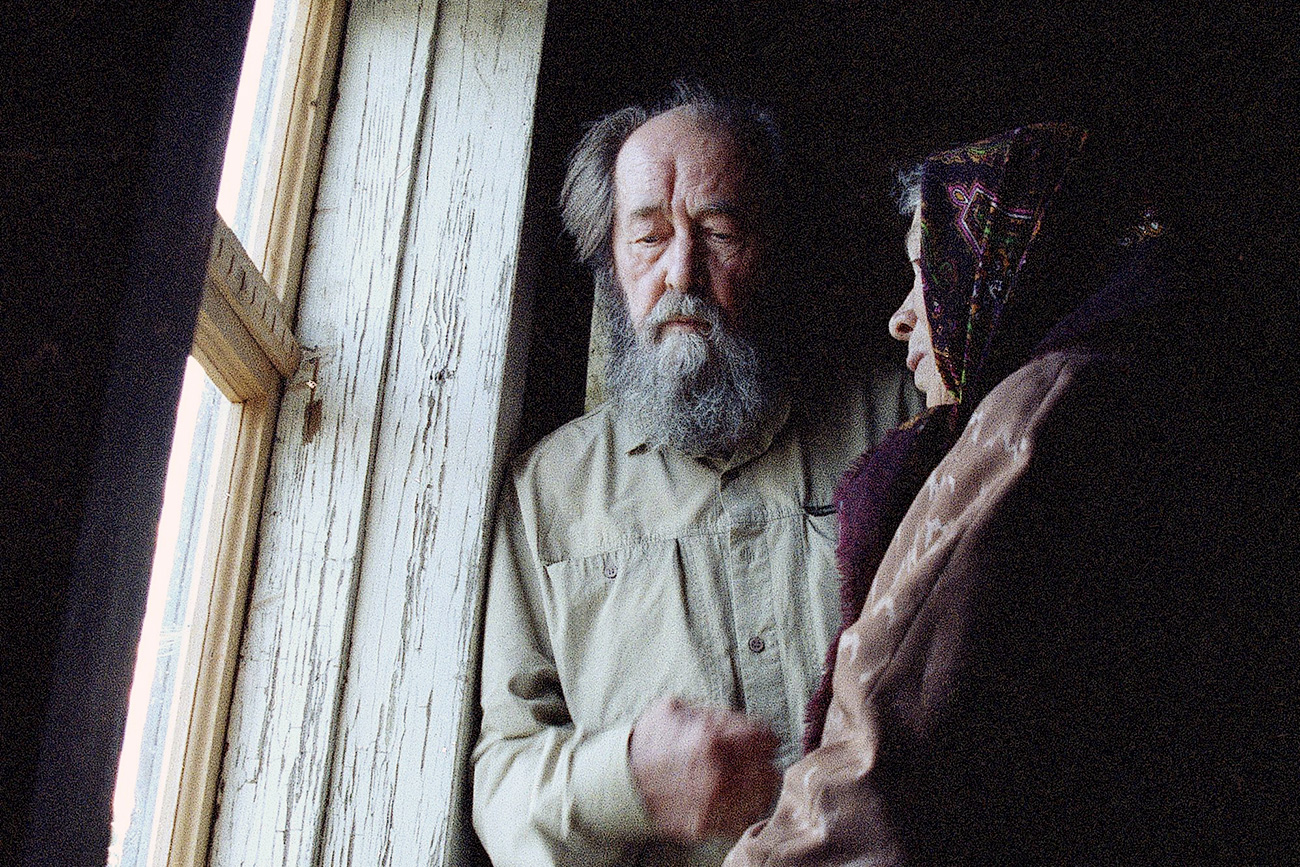 AP
How dissenters in the USSR appeared, what they did, and what they changed.

When did dissenters first appear in the USSR, and what did they disagree with?

When Stalin was in power, almost no one dared openly disagree with the Soviet authorities. Khrushchev attacked Stalin’s cult of personality at the 20th Congress of the Communist Party and released political prisoners. Society attempted a dialogue with the authorities, and films were made and books written that under Stalin would have been impossible. A generation grew up believing the power of the state could be kept in check, and that more and more freedoms were possible.

In particular, two writers – Andrei Sinyavsky and Yuli Daniel – had their books smuggled to the West and published under pseudonyms. In 1965, they were arrested and put on trial for "anti-Soviet agitation and propaganda." To the displeasure of the authorities, prominent cultural figures came to the writers' defense, several people staged a rally in support of openness, while the trial documents were collected and circulated through samizdat.

At about the same time, the USSR signed the International Covenant on Civil and Political Rights, which was reported in Soviet newspapers. Soviet citizens were surprised to learn that the UN Commission on Human Rights was looking after their rights and that they could appeal to it if their rights were violated. People who had not necessarily suffered abuses themselves, but who believed it necessary to point violations out to the authorities, began to gather evidence.

Similar developments took place in other socialist countries, and it reached the point where Czechoslovakia began liberal reforms. The Soviet government, fearing a loss of control over the socialist world, sent tanks into Prague in 1968. In protest, eight people went on to Red Square holding signs, "For your freedom and ours," "Shame on the occupiers," and others. It goes without saying that they were immediately arrested, put on trial and sent to prison camps or psychiatric clinics (since only a madman could oppose the USSR, as Khrushchev once remarked). 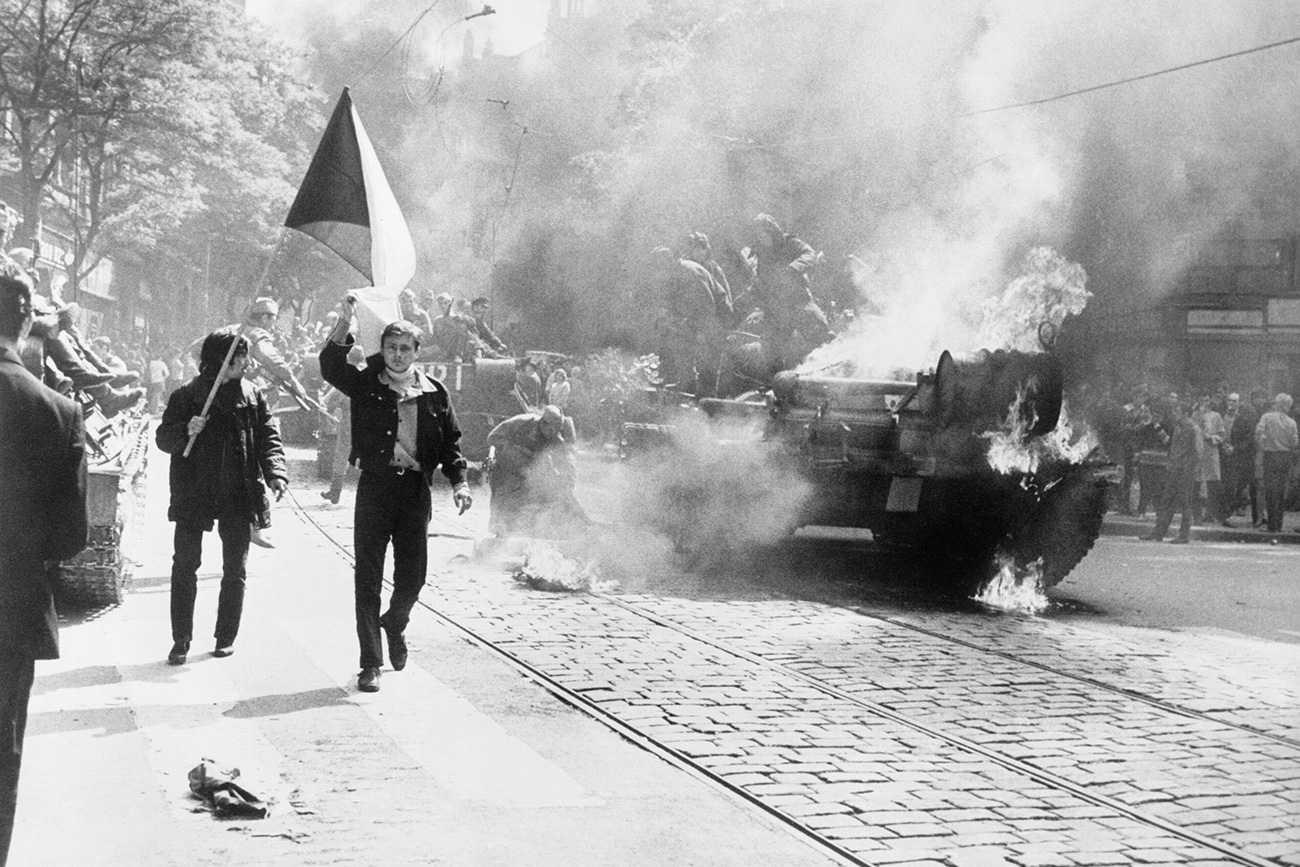 During the Soviet invasion of Czechoslovakia, Czechoslovaks carry their national flag past a burning tank in Prague 1968. Source: The Central Intelligence Agency

How did 'dissenters' become a dissident movement?

The dissenters' actions boiled down to two types of activity. The first involved writing collective letters to Soviet authorities, and the second was spreading information about rights violations.

At first they called themselves "rights defenders," or the "Democratic Movement," and later – dissenters. Foreign correspondents found it difficult to describe a phenomenon that was neither right wing nor left wing, nor an opposition movement. So, they took a concept from the 16th and 17th centuries that was applied to English Protestants – dissidents (present participle of Latin dissidere "to disagree," literally "to sit apart"). [English Protestants who separated from the Church of England were often called "dissenters" or "dissidents" – RBTH].

Nevertheless, there was no united opposition and each dissident individually decided the extent of involvement in the cause. Dissidents had no leader, but some were held in high esteem. For example, letters written by physicist Andrei Sakharov, or statements made by writer Alexander Solzhenitsyn had more weight than statements made by any other person. 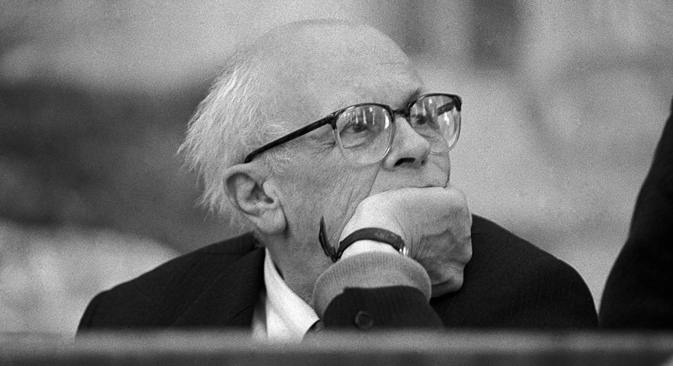 What did the dissidents try to achieve?

The dissidents did not plan to seize power in the USSR, and didn't even have a program to reform it. They wanted basic human rights to be respected in the country, and they tried to ensure that as many people as possible, both in the USSR and abroad, knew about violations and that the Soviet authorities were lying when they claimed that human rights were observed and everyone was happy. Toward this goal, they utilized samizdat and various methods of smuggling information to the West, such as holding press conferences in people's apartments, sending statements abroad with the help of foreign nationals, and etc.

Why was it so important for dissidents to appeal to the West?

Human rights campaigners did not initially intend to "wash their dirty laundry in public," and wrote their concerns to the Soviet leadership and, in extreme circumstances, to the heads of East European communist parties. But in January 1968, four samizdat activists were convicted for publishing material relating to an earlier controversial trial - that of writers Sinyavsky and Daniel in 1965. Two other dissidents then wrote the "Appeal to World Public Opinion."

The BBC broadcasted it on both English and Russian radio services, and the subsequent campaign against political repression was much larger than in 1965. This was the first case of dissidents issuing an official statement against rights violations by the authorities.

Subsequently, they attempted to inform the West of all violations, and this information metamorphosed into a lever of economic pressure and sanctions. For instance, in 1974 the Jackson-Vanik amendment to the U.S. Trade Act was adopted and it imposed restrictions on American trade with countries that hindered free emigration. As a result, the USSR found it difficult to purchase computers and had to act via front companies. 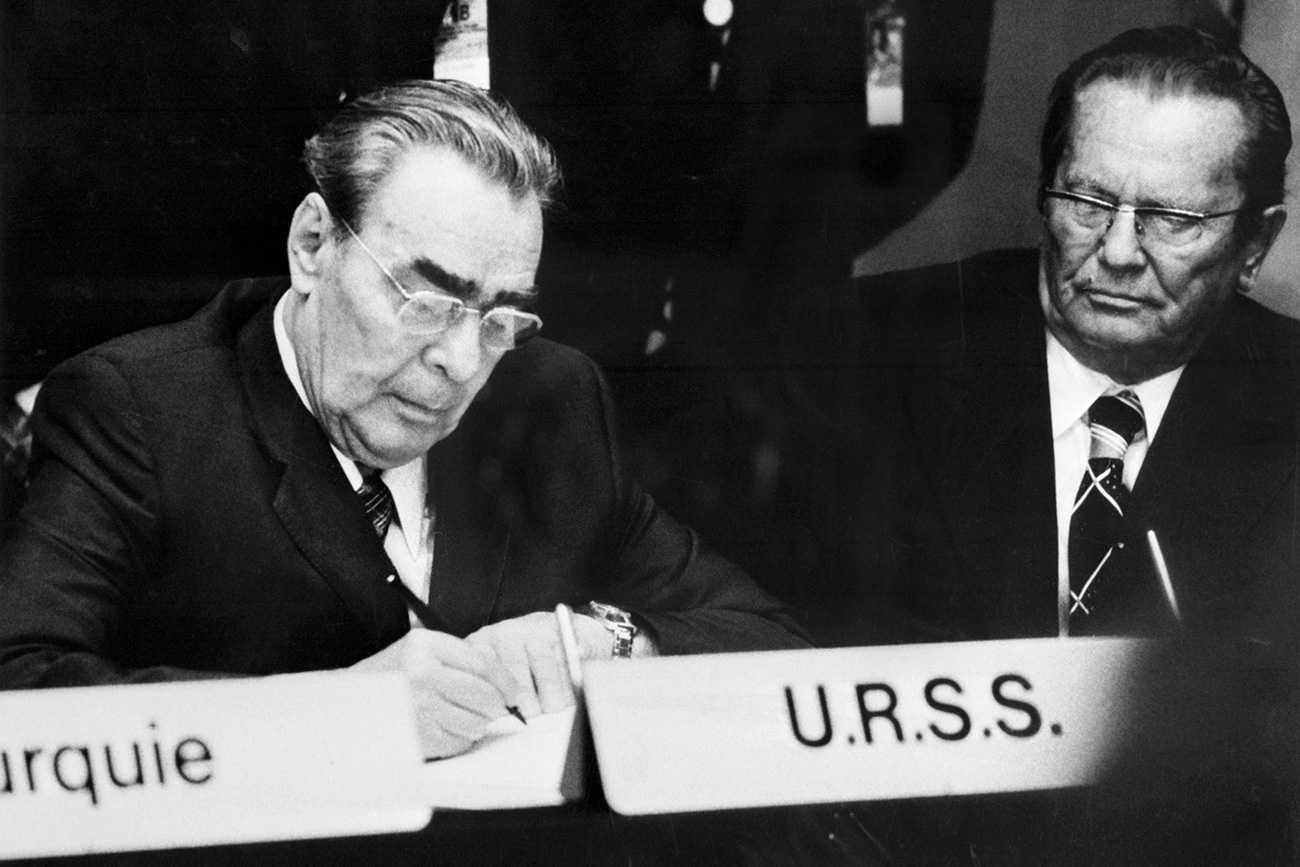 In 1975, the USSR signed the Helsinki Act that granted people freedom of movement, of contacts and of information; as well as the right to work, education and medical services; and the right of nations to determine their own destiny and decide their own internal and external political status. The document was published in Soviet newspapers and became the basic charter for human rights activists.

In the following year, human rights activists formed Helsinki groups (first in Moscow, then in Ukraine, Lithuania, Georgia and Armenia) to monitor breaches of these rights and freedoms.

What was the total number of dissidents in the USSR?

The precise number is unknown and it depends on who should be regarded as a dissident. If you count the people who in one way or another attracted the attention of the KGB and were summoned for so-called "preventative interviews," then there were almost 500,000 dissidents from the 1960s to the 1980s.

If you count people who signed various letters (for instance, appeals for permission to emigrate or to open a church, or letters in defense of political prisoners), then the number was in the tens of thousands. If the dissident movement is confined to human rights activists and lawyers and people who drafted appeals, then the number was in the hundreds.

It must also be remembered that many people didn’t sign anything, but quietly kept an archive of "dangerous" documents at home, or retyped forbidden texts.

Was it dangerous to be a dissident?

The authorities did not officially recognize that "dissenters" existed in the "idyllic" Soviet state, and it believed that only criminals or the insane would engage in anti-state activity under the guise of defending human rights. People could be sent to a prison camp for dissident activity and agitation. 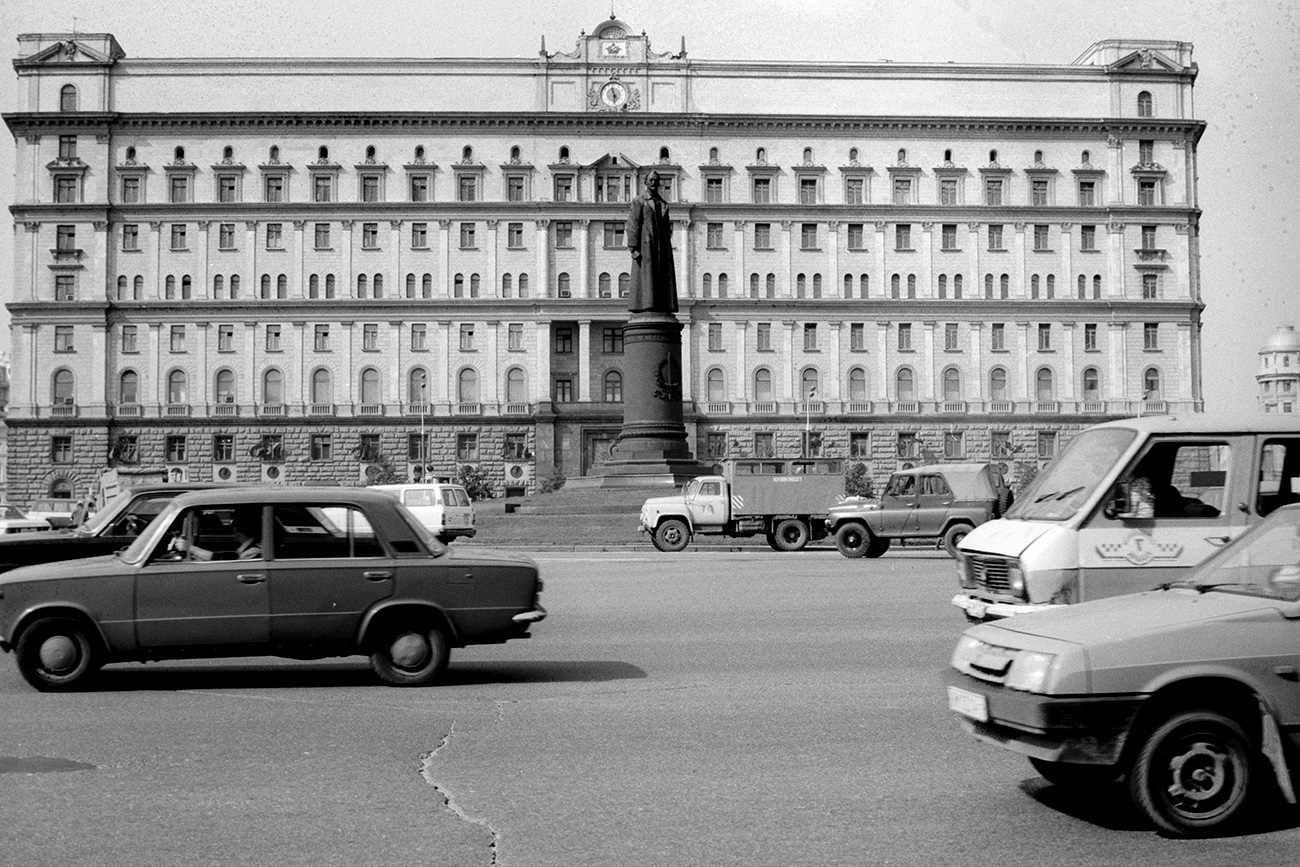 In addition to imprisonment, many other measures were taken against dissidents. They could lose their job or place in an educational institution, or sent for compulsory treatment in a psychiatric clinic. The number of such people was in the thousands.

Were the authorities afraid of dissidents?

Since the goal of the dissidents was not to overthrow the government, they weren’t a direct threat. But their actions were a permanent thorn in the side of the country's leadership.

First, it was awkward to have to make justifications before sympathetic Western communist parties, and inconvenient to have to use front companies to buy hi-tech equipment and endure sanctions.

Secondly, the dissidents set a bad example and confused "upright" citizens by spreading harmful information. Apart from that, it was unclear how to deal with something that did not have an organized structure. Whom to lock up? 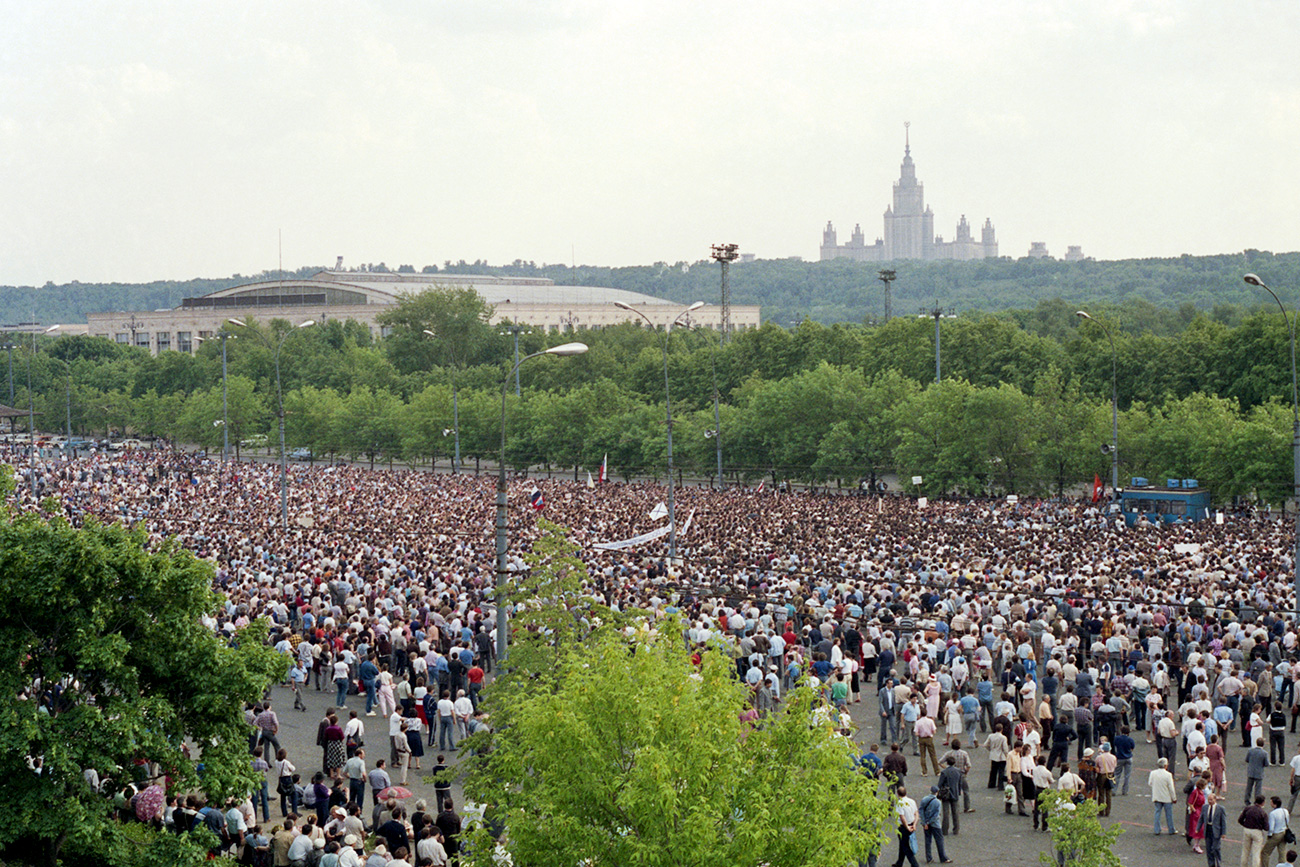 One of the first sanctioned rally in Moscow, May 28, 1989. Source: Dmitry Sokolov, Alexander Shogin/TASS

On the other hand, the KGB needed an internal enemy that could be associated with an external one – America – in order to create a constant sense of threat. This gave it influence on political decisions and allowed it to obtain additional funding from the Soviet Communist Party.

Prepared by Alexei Makarov, Yulia Bogatko and Oleg Koronny. This is a shorter version of an article first published in Russian on the Arzamas Academy website.