On this day: Empress Elizabeth approved a new design for the Winter Palace 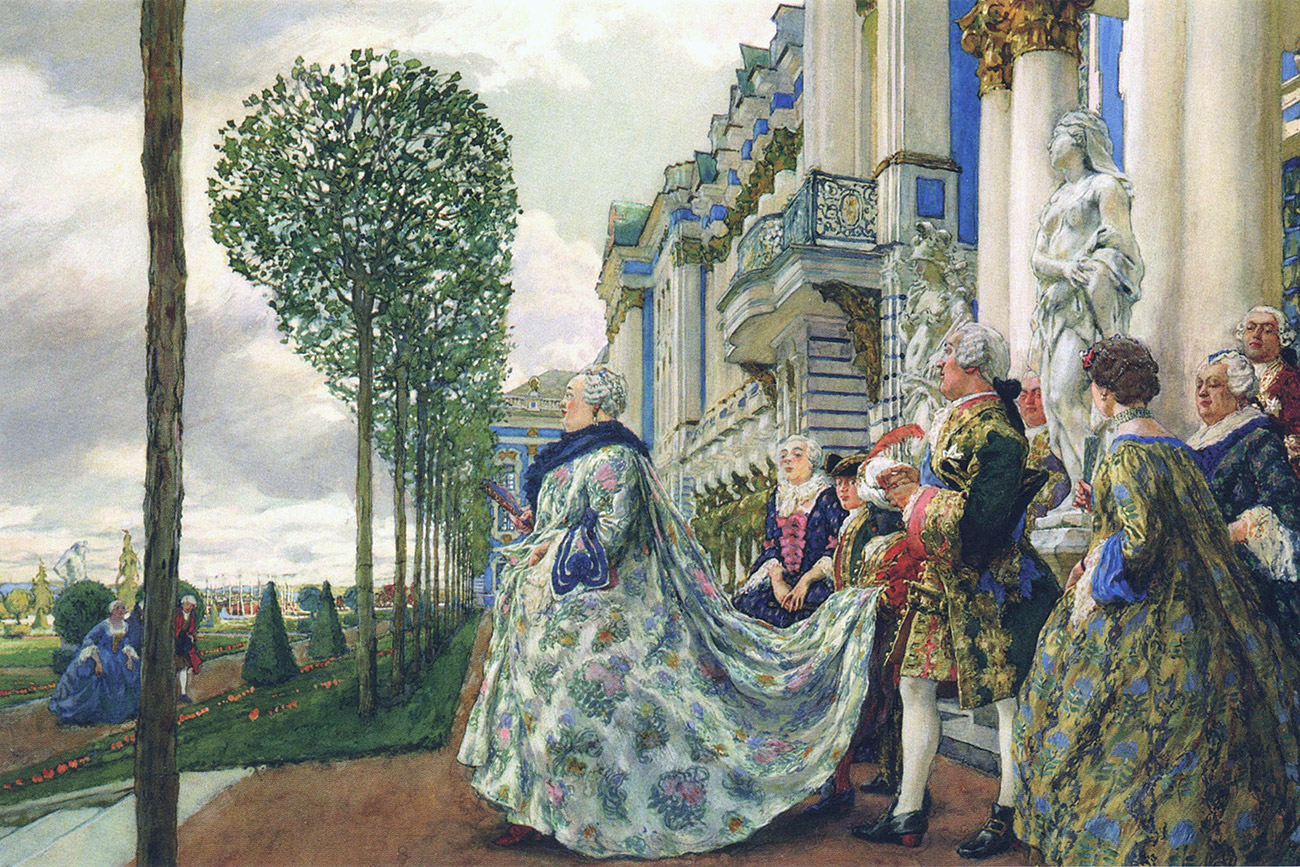 The illustration to Alexandre Benois' book 'Tsarskoye Selo during the Reign of Empress Elizabeth Petrovna.'

After two years proposing plans to upgrade the existing palace, architect Francesco Bartolomeo Rastrelli decided to completely rebuild it. His new design was confirmed by the Empress on June 27, 1754, and construction took over eight years, covering the last years of Elizabeth's reign and the short rule of Peter III.

The Palace was designed in what came to be known as the Elizabethan Baroque style. The green and white palace had the shape of an elongated rectangle, with a principal facade of 250 meters (820 feet) long and 30 meters (98 feet) high. The Winter Palace has 1,786 doors, 1,945 windows, 1,500 rooms and 117 staircases.

The Winter Palace was the official residence of Russia’s rulers from 1732 to 1917.