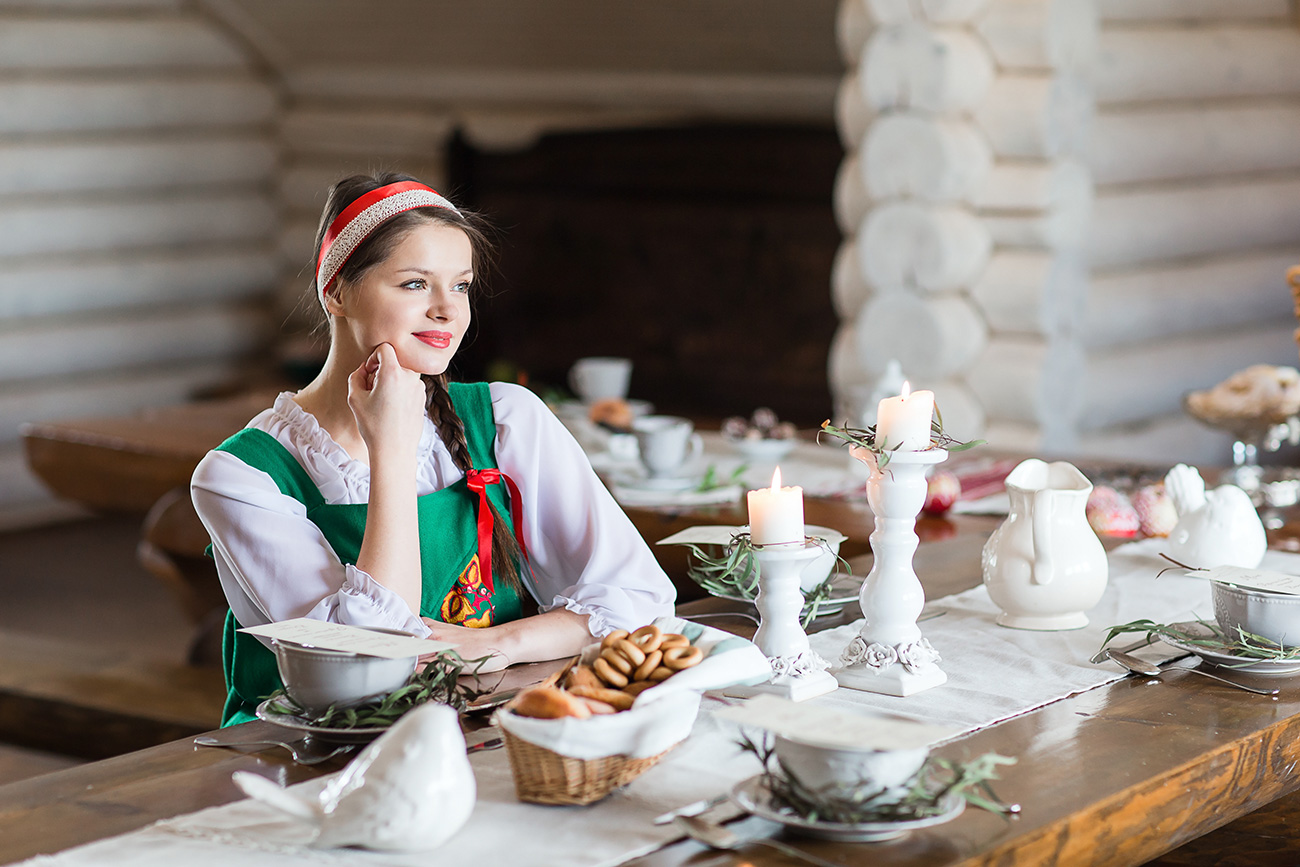 Cosmetics and fashion were certainly different for various strata of society.

Vostock-Photo
Russian women knew how to stay beautiful long before L`Oreal, P&G, Dior and other cosmetics companies came to Russia after 1991. Here are some life hacks from Russian women of past eras - from Kievan Rus to the Soviet Union - that can prove useful today.

Maintaining a beautiful appearance has always been a challenge for a woman, and cosmetics, of course, were the solution. Blush, white, antimony, berries, vegetable juices, and herbals – all were widely known in Ancient Rus. Have you ever heard the Russian saying, "blood with milk"? It regards a woman's appearance and was a superlative degree of beauty; literally white skin and rosy cheeks.

Cucumber juice or wheat flour, for example, were used for skin whitening. Nowadays, you can find many recipes for homemade masks with these ingredients. In addition to natural cosmetics, medieval women also used ceruse (white paint for the face), but this was primarily among the upper class. 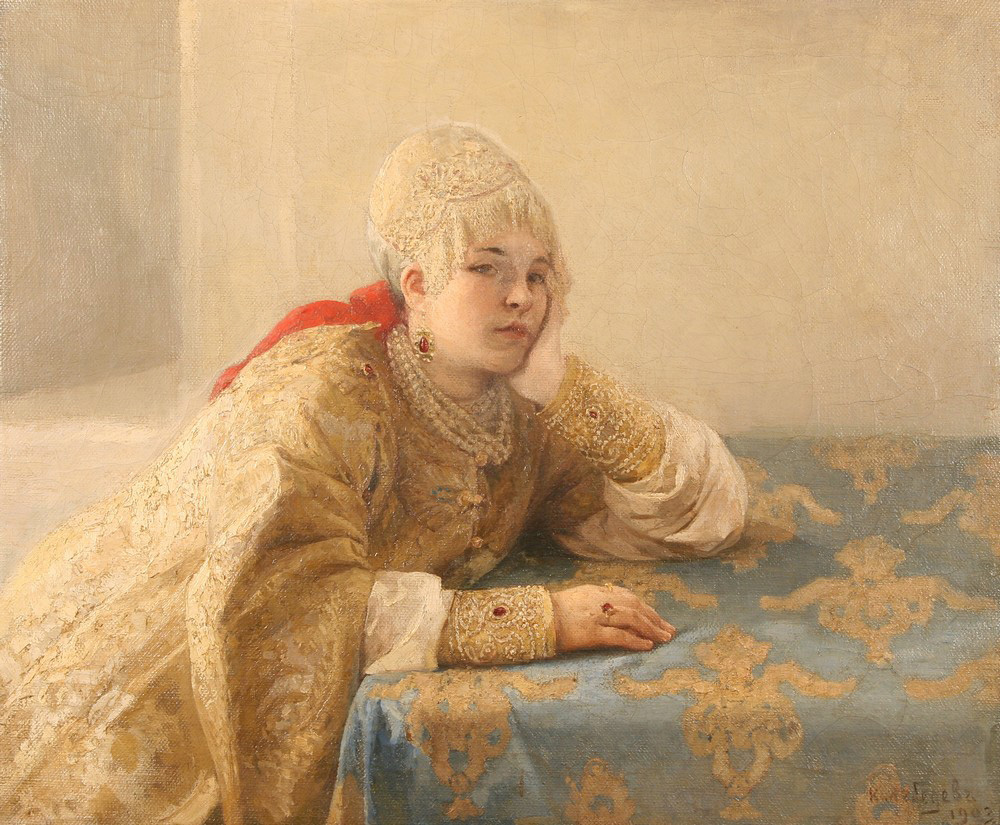 Beets, red berry juice (cherry, raspberry) and even lily of the valley berries were used as natural blushes; and soot from the furnace, or even antimony, was used instead of mascara and eyebrow pencil.

Foreign visitors often noted the misuse of cosmetics among Russian women in the Middle Ages. Giles Fletcher, the English diplomat and ambassador to Russia in 1588, found an excuse: because of the hard labor and scalding furnace heat, women aged quickly, and so whitening and blush were essential.

You're lucky not to live in those days, especially because antimony and ceruse are poisonous due to their lead content, and also because the artificial blush contained mercurous sulphide. In even small amounts these substances are deadly. Yikes!

Cosmetics and fashion were certainly different for various strata of society. The notion of "white skin, rosy cheeks and black eyebrows" remained popular for a long time, especially among people of upper and middle classes.

In the 16-17th centuries aristocratic pallor was the main beauty trend. The paler – the richer you were perceived to be, most likely because those with color on their face were often laborers working outside in the bright sun. High-ranking and indolent aristocrats were more likely to remain inside or covered. 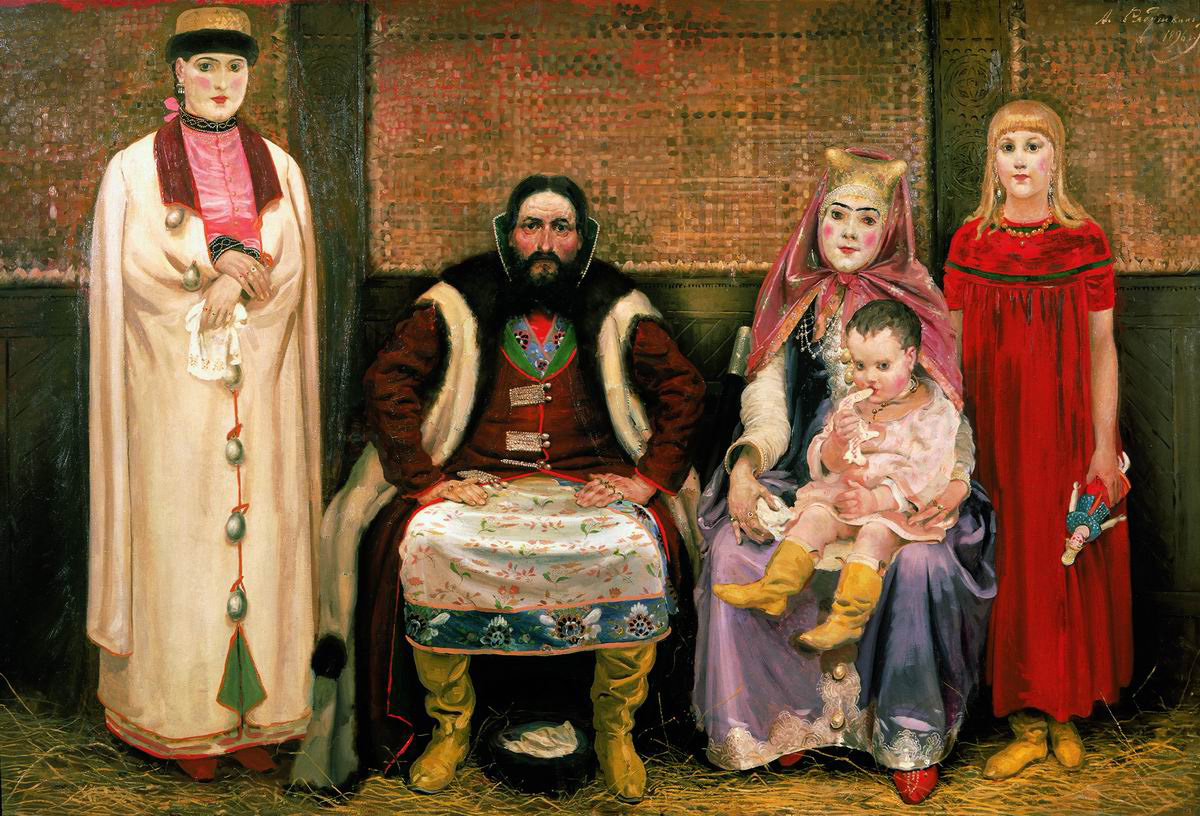 Women realized that ordinary powder can't sufficiently whiten the face, and white lead is not perfect for consistency. This resulted in the appearance of the first creams, which consisted of crushed chalk and ceruse mixed with egg and vinegar, giving the user a pale, smooth and shiny skin. It was extremely dry, and when you smiled you ran the risk of having cracks on your face.

In the 17th century, women created the first highlighter, made of genuine pearls dissolved in vinegar or lemon juice, and then dried until it became a powder. I can imagine the marketing slogan of that time: "Shine bright like a Tsar!"

Home-made dentistry was the most bizarre practice in Russian cosmetics. Traditionally, teeth were cleaned with tree bark, and foreigners noticed that some ladies had black teeth!

Chalk could be used as a natural, inexpensive means to bleach, but whitening with this method took a long time and was not very effective. Then, mercurial lotion caught on, which literally was a paste made out of mercury compounds. In two to three days you got perfectly white teeth. Unfortunately, it worked just for a few months because the toxic substance quickly caused the enamel to crumble and the teeth started to rot.

In all epochs, women copied each other. The logic: if a high class lady has black teeth, then it must be fashionable. Poorer women, instead of deadly mercury, used lard with soot mixed with fish glue. Only Peter the Great realized the danger and banned the use of mercury compounds.

The most interesting period in Russian cosmetic history was in Soviet times. Beauty standards changed nearly every decade, and cosmetics were already widely produced abroad but were in short supply in Russia.

Decorative cosmetic usage was deemed reprehensible in early Soviet Russia because of its reference to bourgeois life. But a women's urge to look beautiful triumphed over state ideology, and the range of cosmetics and perfumery products expanded. In 1925, the legendary fragrance “Krasnaya Moskva”(Red Moscow) was launched, and while now hard to find, it still is sold in some stores. 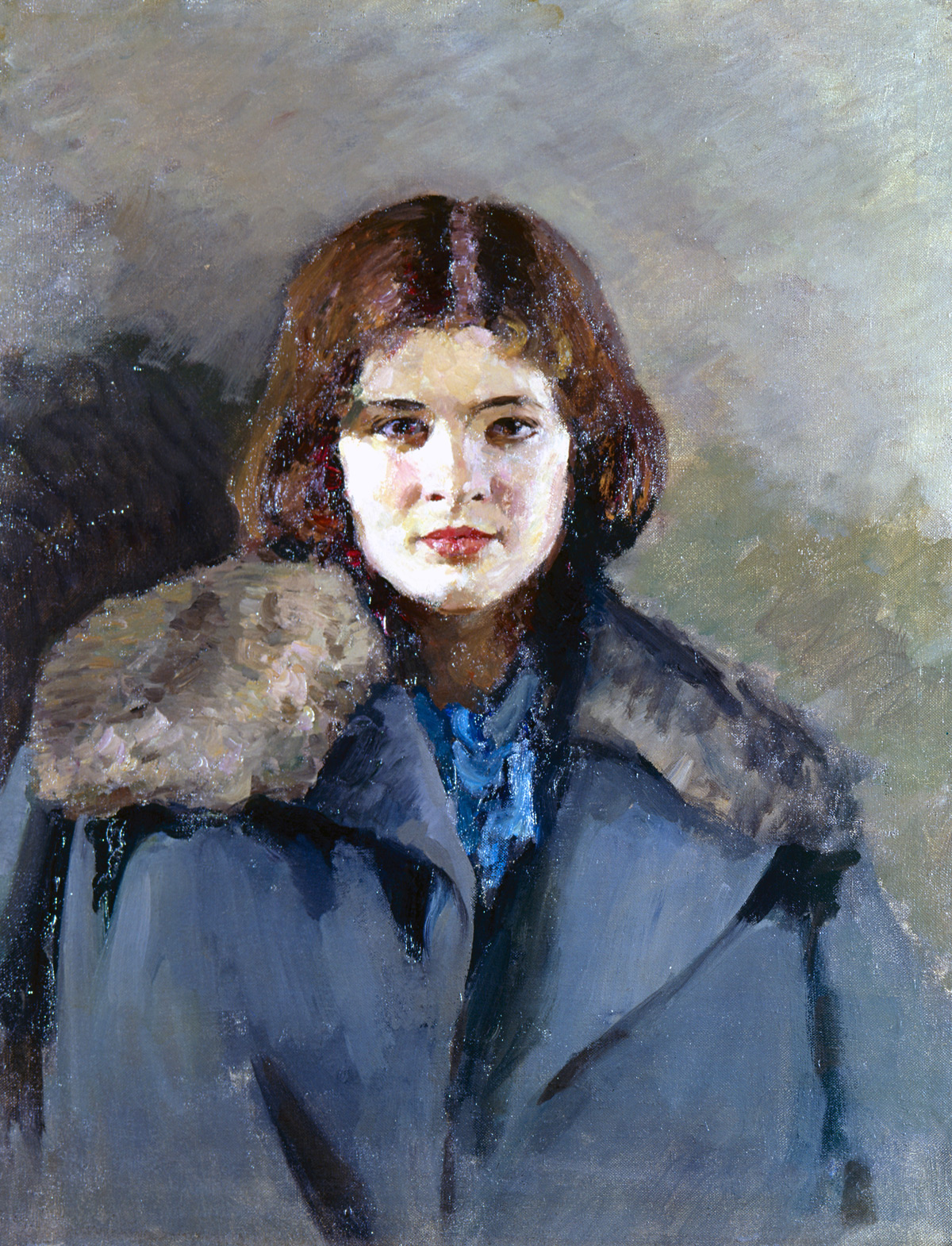 Only starting in the 1970s decorative cosmetics, such as mascara, eyeshadow and lipstick became a part of everyday life for Russian women.

Domestic factories produced mascara in bricks – solid black coloring matter. To apply on eyelashes, women had to spit on it and then divide the lashes with a needle. Lipstick also was a multifunctional product; for example, women used it not just on their lips, but also as blush.

Today, thanks to globalization there’s no shortage of fine cosmetics in Russia, which is good because I’m still disturbed by my ancestors’ 'fashionable' black teeth.