The Battle of Kulikovo: When the Russian nation was born 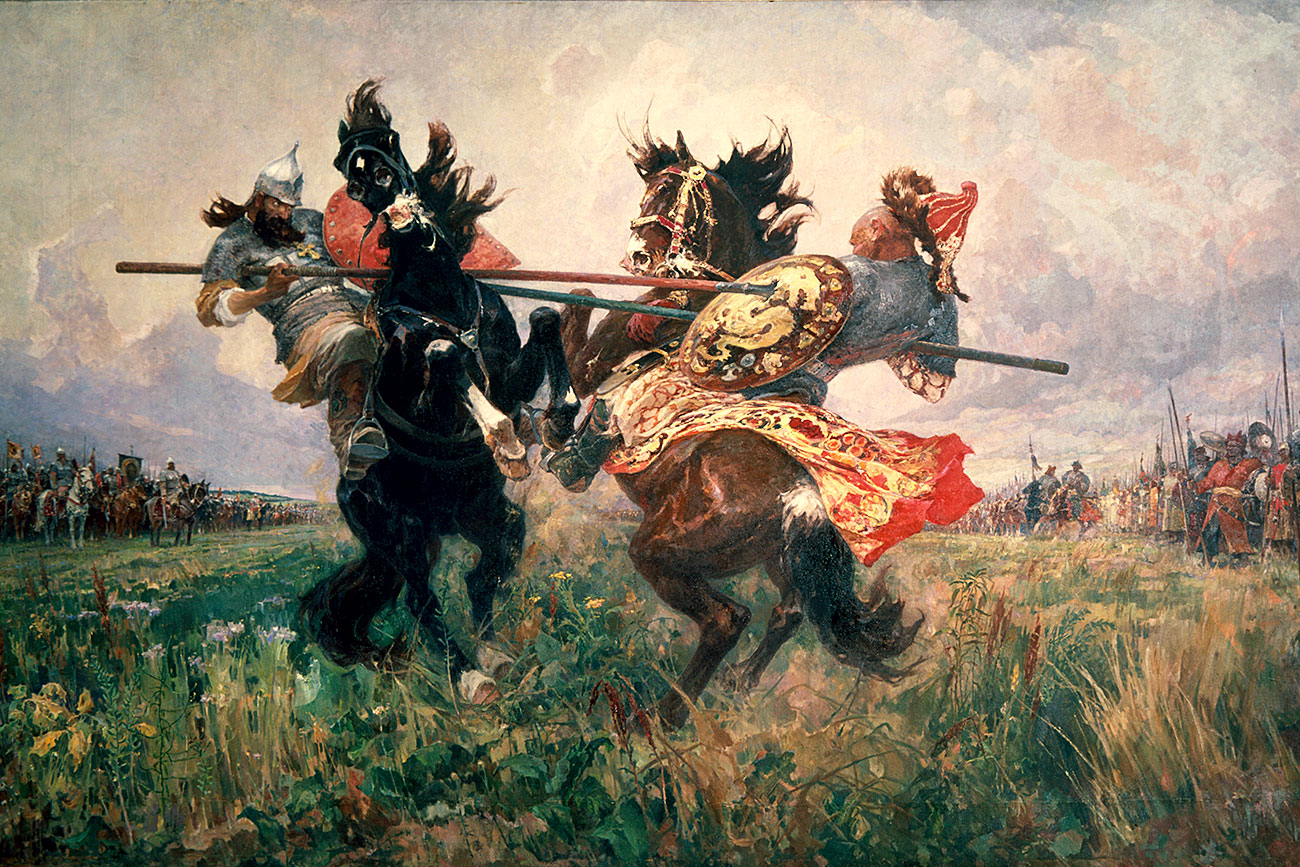 According to the legend, the duel between the two strongmen preceded the battle. Pictured: Mikhail Avilov, Single Combat on the Kulikovo Field, 1943.

Global Look Press
For Russians the Battle of Kulikovo in 1380 is what the Battle of Patay is for the French, or the Battle of Britain is for the British. This is the first in a series of articles by RBTH describing great battles of Russia’s history and their significance.

In 1380, Russians from different parts of the Russian territory under the command of the Prince of Moscow Dmitry defeated the troops of Khan Mamai. He was a powerful commander and a claimant to the throne of the Golden Horde - a huge state created by the Mongols in the 13th century. Russian principalities had been reigned over by Mongolian rulers from the Horde for 150 years. They had to pay tribute and had limited sovereignty.

The brutal Mongolian invasion in the middle of the 13th century devastated Russian. However, as historian Vasily Klyuchevsky put it, by 1380 time had subdued the memory of terror - two generations had grown up without experiencing the horrors of the invasion.

As with many events from the distant past there is some uncertainty hovering over the Battle of Kulikovo, with many historians debating what actually happened - and its significance. The mainstream approach claims that at Kulikovo Field, Russia - for the first time in 150 years - fought against the Mongolian invaders, marking the beginning of the national liberation process. 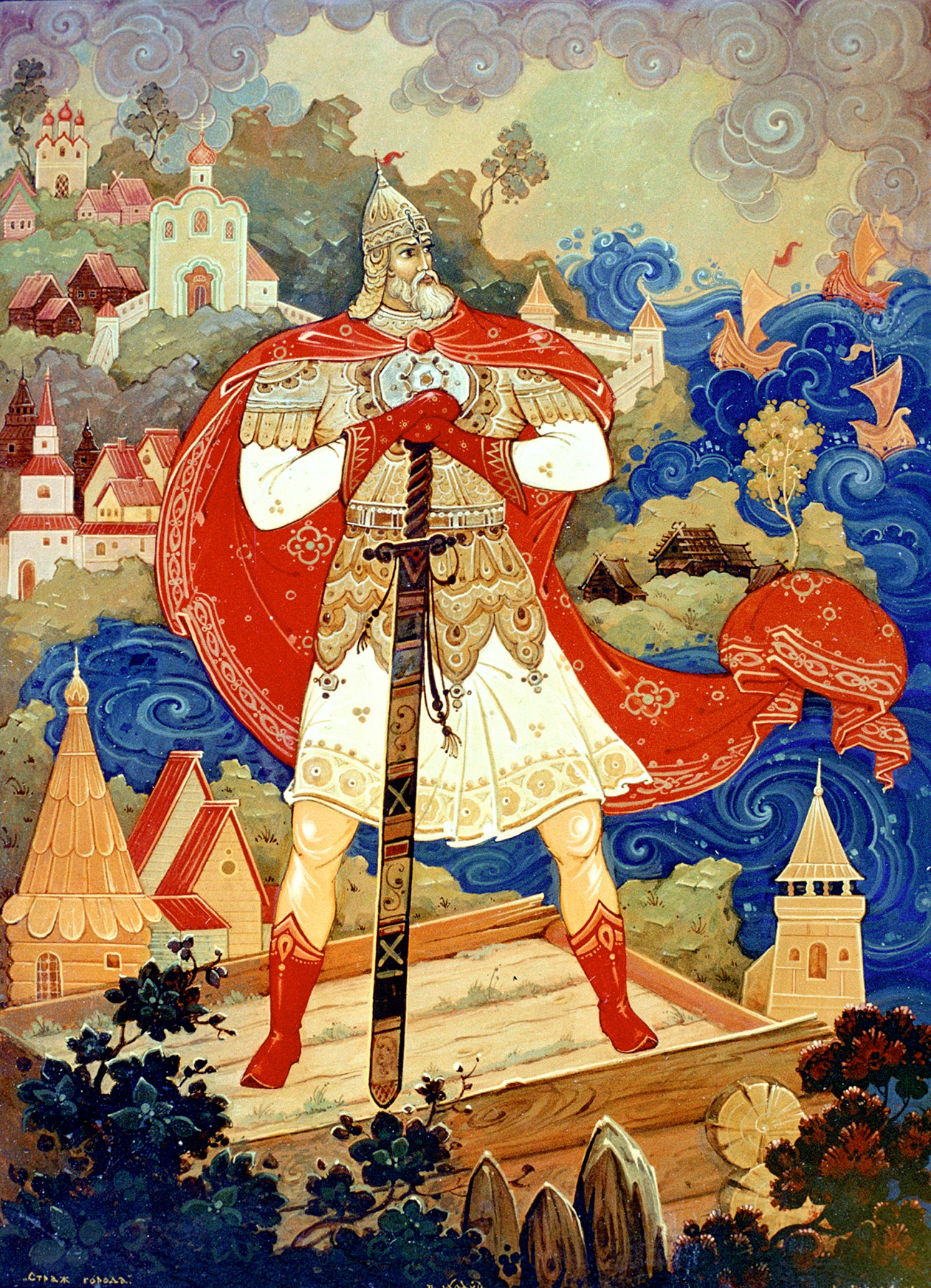 Prince Dmitry, picture by P. Mtyashin; Dmitry and his army defeated Mamai's troops in 1380 at the Battle of Kulikovo / Yuriy Kaver/Global Look PressHistorian Sergey Solovyev believes the battle has even more significance. He says it was “a sign of triumph of Europe over Asia” and compares it to the epic battle of the Catalaunian Plains when in 451 the Romans and Visigoths defeated Atilla’s Huns.

There is also a view that Prince Dmitry didn’t want to challenge the Mongols’ suzerainty over Russian principalities. “His main goal was not an overthrow of the Yoke, how it is traditionally perceived (which was not achieved, since Russia was subjugated to the Horde for 100 further years).

“He wanted to bring the title of the Grand Prince of Vladimir (it gave the city the status of the main Russian principality) to Moscow on a permanent basis”, historian Anton Gorsky argued. Before Dmitry’s rule it was the Horde who chose the main Russian principality. In the spirit of this approach Dmitry fought with Mamai because the latter did not want to give the title to  Moscow’s ruler. Dmitry’s victory made this title a hereditary possession of Moscow’s future princes, thus making Moscow principality a major entity in the Russian territory.

How Dmitry won the battle 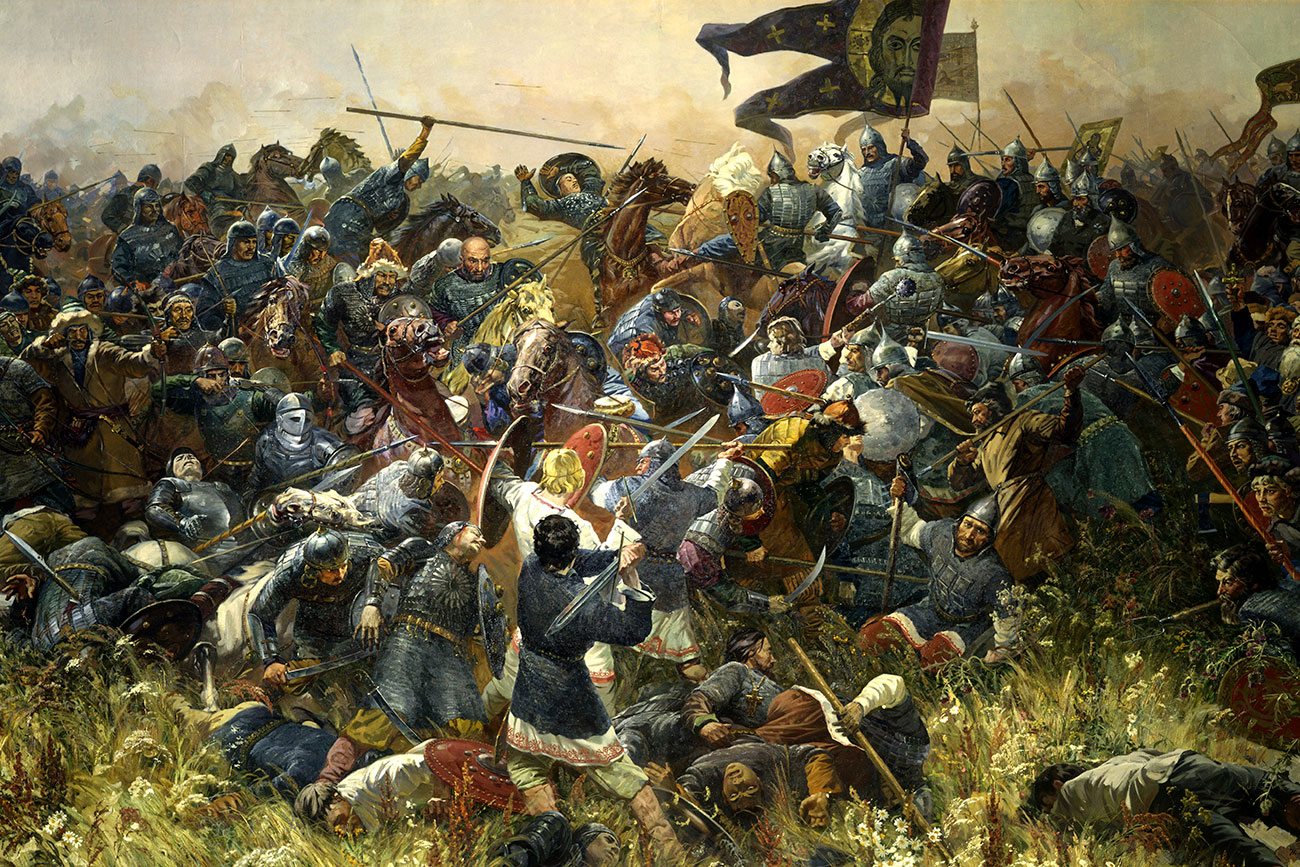 Sergey Prisekin, The Battle of Kulikovo, 1980. / Global Look PressHistorians also argue about the exact location of the battle and how it played out. The common held view is that Prince Dmitry outmaneuvered his enemy at Kulikovo Field, making it impossible for Mamai’s allies - the Lithuanian prince and the head of Russia’s Ryazan principality - to unite their forces with the Mongolians. As a result, Dmitry only had to face Mamai’s troops after he crossed the Don River.

A ferocious battle followed, with tens of thousands of soldiers on each side. The Mongols were assisted by Genoese infantry from Crimea and Mamai managed to break the Russian ranks to the left and started attacking the main bulk of the Russian troops from the rear. Just as the Mongols thought they were on the brink of a historical victory, a reserve regiment (that Dmitry has positioned as backup) moved in and took the Mongols by surprise, forcing Mamai to retreat in panic. Dmitry himself has been fighting on the front line wearing the armor of one of his noblemen, and was named Donskoy after that victory.

Moscow and the fate of Russia

According to Lev Gumilev, the Battle of Kulikovo was more than a fight for territory - it was about protecting culture and traditions. He says Mamai embodied the threat from both Islamism (Mongols) and Catholicism (Genovese and Lithuanians).

The victory at Kulikovo Field provided Russia with the foundation for unification throughout the ages. The battle changed Russia. “Because of the act of valor and self-sacrifice, Moscow rose up against the Horde and its allies”, Gumilev wrote, adding that the battle changed the way people thought; they started to perceive themselves as an entity, as Russia.

100 years later, in 1480, Dmitry’s descendent Ivan III, who is credited with creating the centralized Russian state, put Mongolia’s domination over Russia to bed. As chronicles say, he did it with the memory of the Battle of Kulikovo in mind.

Read more: Myths of Russian History: Does the word 'Slavs' derive from the 'slave'?