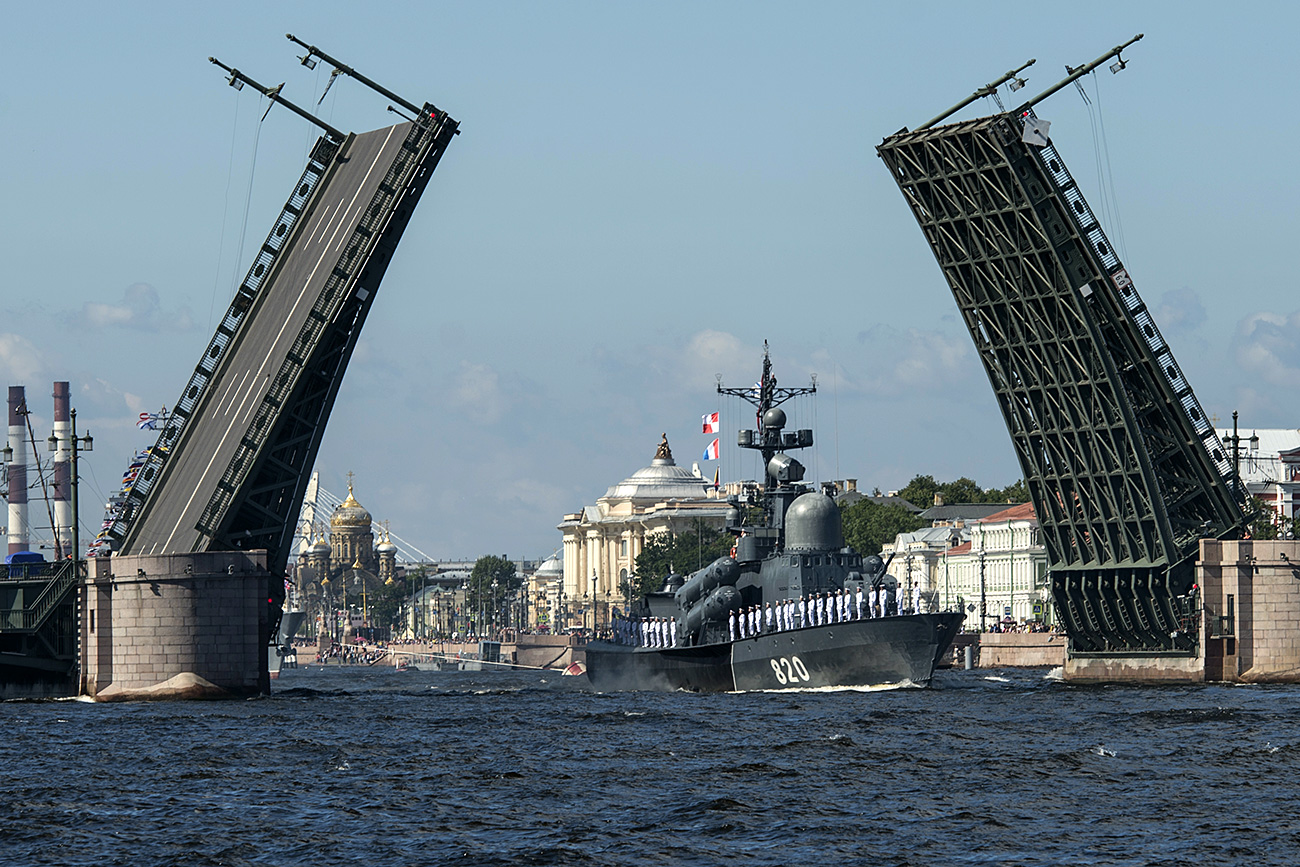 Chuvashia missile boat during the rehearsal of the parade marking Russian Navy Day in St. Petersburg.

Navy Day is an official holiday in Russian celebrated annually on the last Sunday of July. It was first introduced in the Soviet Union in June 1939 and the date was chosen in connection with the Battle of Gangut. Each year, Navy veterans are honored for their service to the country.

The first regular Russian Navy was created by Peter the Great in 1696, and is one of the oldest in Europe. The Russian Navy in its current form was established in 1992, succeeding the Soviet Navy. It inherited the vast majority of former Soviet Naval Forces.

The Navy Day is celebrated with grand parades, demonstrations, and simulated maritime operations in coastal cities with fleets. During last year’s ceremony, President Vladimir Putin said: “Navy Day is not just a national holiday, but also an old and glorious tradition.”