On this day: A coup attempt in Moscow 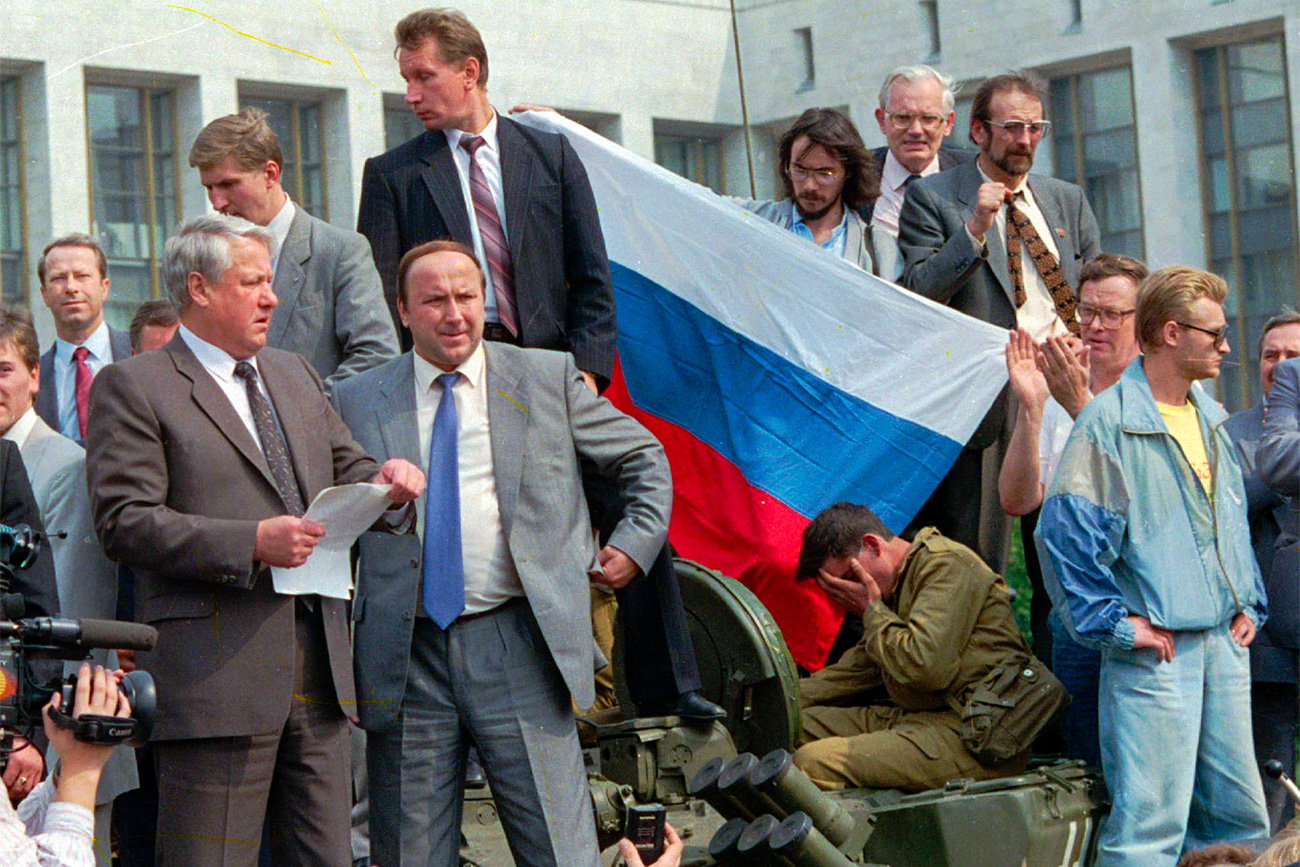 Russian President Boris Yeltsin reads a statement from atop a tank in Moscow, Soviet Union, photo as he urged the Russian people to resist a hardline takeover of the central government, Aug. 19, 1991.

AP
Crisis in the Soviet Union led to unsuccessful uprising

By the summer of 1991, the Soviet Union was on its last legs. The political elites of USSR republics wanted to break away from the central government. After August 1991, when Soviet President Mikhail Gorbachev left for vacation in Crimea, Vice-President of the USSR Gennady Yanayev - together with the heads of law enforcement agencies and some high powered officials - plotted to dethrone him.

On Aug. 19, 1991 the "Statement of the Soviet leadership" was broadcasted, explaining the  transfer of Gorbachev’s power to Yanayev, who declared himself the head of the newly formed State Emergency Committee. Troops and tanks were stationed in Moscow as Boris Yeltsin and the Russian leadership pushed back against the uprising. Members of the emergency Committee surrendered on Aug. 21.

Read more: The story of an unsuccessful coup: Why the USSR was beyond saving

Moscow Soviet Union On this day Viral in Russia