68 years ago: First atomic bomb tested in the Soviet Union 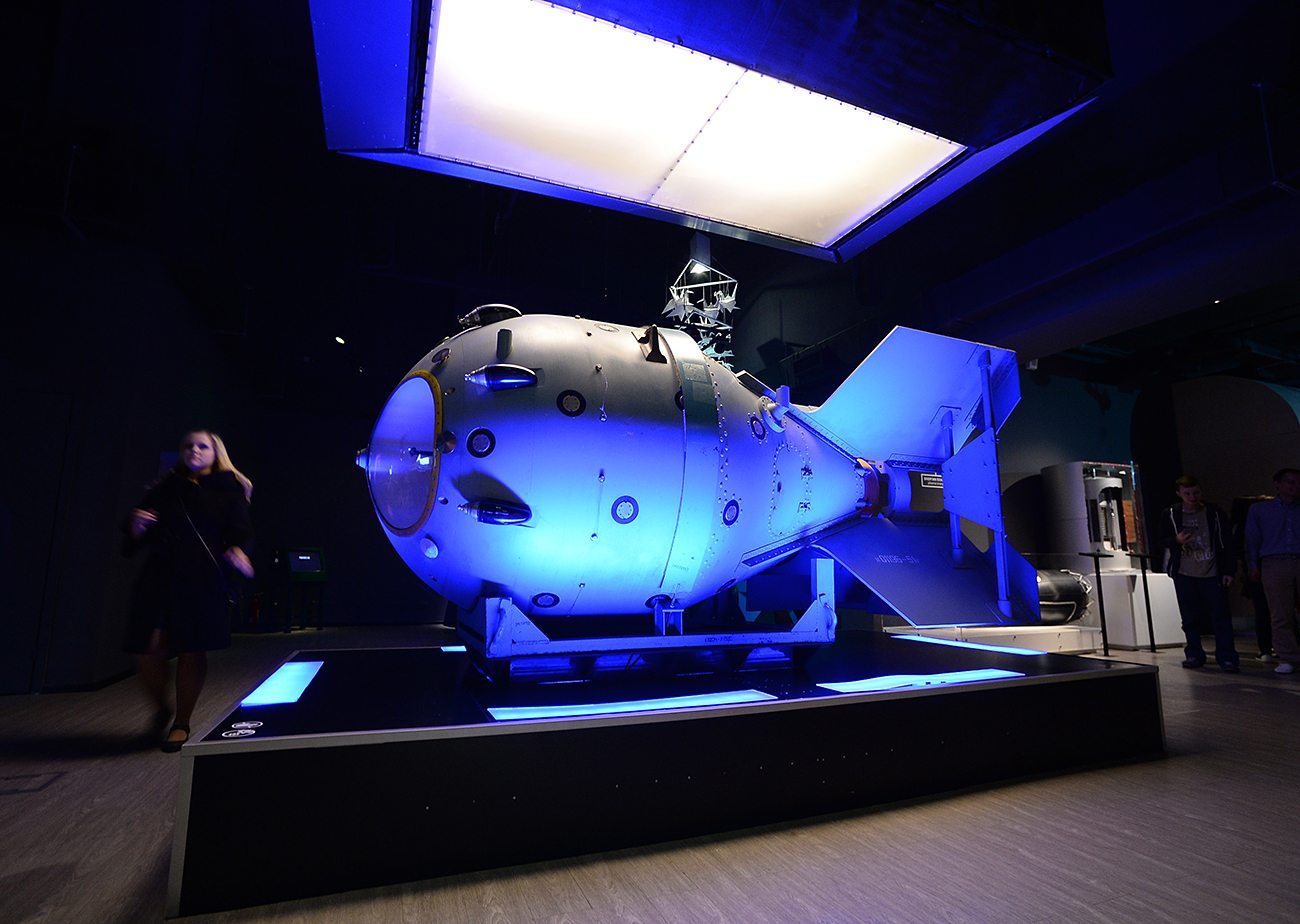 Visitors at the presentation of a multimedia installation specially created by the Rosatom Corporation to mark the 65th anniversary of the RDS-1 Soviet atomic bomb.

On Aug. 29, 1949 the first Soviet atomic bomb was successfully tested at the Semipalatinsk test site (the territory of modern Kazakhstan) - 20 km in diameter. It was called “RDS-1” (short for "jet engine special").

The design was very similar to the first U.S.-made "Fat Man" plutonium bomb.

In 1950, nine more RDS-1 atomic bombs were made. By March 1951, the Soviet Union possessed 15 plutonium nuclear bomb of this type.

On Aug. 5, 1963 a treaty banning nuclear weapons testing in the atmosphere, in outer space, and underwater - also known as the "Moscow Treaty" - was signed in the Russian capital. The USSR, U.S., and UK were party to the agreement. Today, 131 states adhere to this treaty.