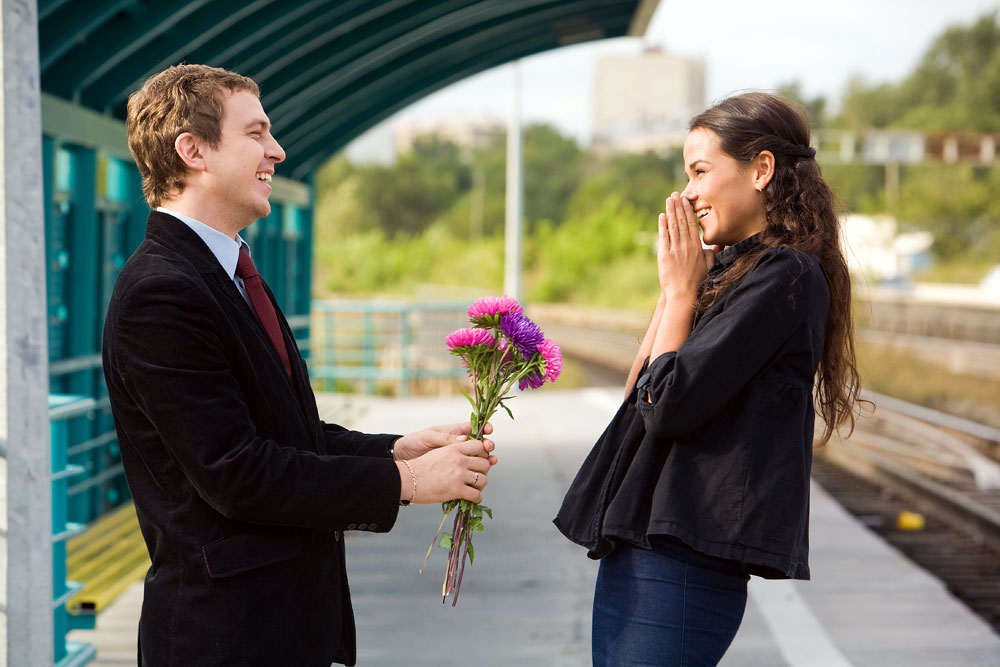 Russian women are open to male chivalry – and are more likely to expect it from you. Source: Panthermedia / Vostock-photo

If you want to get that second date, here are a few essential guidelines to follow. Of course, if you really want to unravel the mystery of the Russian woman, you should probably skip this survival guide entirely and read some Tolstoy and Dostoevsky. However, since Russian authors are not exactly known for their brevity, sending you off to a library before your first date with Natasha or Tatiana or Olga would simply be inhuman. So, gentlemen, follow the rules of survival.

While addressing a Russian woman you don’t know in Russian, there is only one appropriate term for her: “Devushka,” which means “young woman.” Even if the woman in question is in her late fifties, she would still be a “devushka.” Any other form of address would not just upset her, but could also appear to be an insult.

No ifs, ands or buts here. In Russia, a woman expects you to pick up the bill on dates even if she is technically the one who invited you and even if you only ordered a cup of coffee while she enjoyed a five-course meal with dessert.

In Paris or New York, people tend to go Dutch, or split the bill. In Moscow, however, such a manoeuvre will make your date think you’re a cheapskate. If she is a well-mannered person, she would probably get her purse and attempt the gesture to “reach” for her wallet, making it seem like she is ready to pay her share. Don’t believe this ruse: it is pure provocation!

Winning the heart of a Russian beauty

Feminism is something Russian women tend to leave at home when they go to a grocery store. If there are two bags in front of you two, and one is heavier, you should take both of them. The ideal to strive for is to ensure that your female companion is carrying nothing except her purse.

Shower her with attention

Compared to their Western counterparts, Russian women are more open to male chivalry – and are more likely to expect it from men. Opening the car door for her, helping her with her coat, letting a woman go through first when entering or exiting a building – this is all standard operating procedure in Russia, and they help to make a good impression.

Speaking of entries and exits, while proper etiquette dictates that the woman is supposed to go first, there is one exception: the elevator. Here, the man is supposed to enter first. This is probably to ensure that, in the unlikely case that there is no elevator, the woman will remain safe!

First of all, buy flowers for the lady.

Secondly, do not buy them in even numbers. In Russia giving flowers in even numbers is only considered appropriate for funerals, although modern florists claim you’ll be fine as long as the total number exceeds a dozen. So, as a rule of thumb, either buy flowers in odd numbers, or buy so many that she won’t be able to count!

This is practically a law. If your date is 10-15 minutes late, it is par for the course. Relax, she is more or less right on time according to local standards.

The reasons can vary.

They can be understandable –she was stuck in traffic or had to work late; not-so-understandable – she simply could not decide if a certain pair of shoes went with a particular dress; or just plain ridiculous – she arrived on time, but spent 20 minutes hanging out just around the corner so that she wouldn’t seem too clingy.

Her mother would have told her that any girl who knows her worth never arrives on time. Keep in mind that trying to find out what really happened is useless and might even be seen as rude. Offer a smile and tell her you are happy to see her even if it is already getting dark and you are freezing.

No guide will help you here. For centuries Russian men have been trying to figure out what a woman means when she says this.

Does it actually mean she is okay and there is nothing to worry about? Or is it a hint meaning you’d better get some chocolate and roses?

The only real way to proceed is cautious trial-and-error. This involves a lot of trying and an even greater number of errors.

There is a reason that a favourite joke of Russian men is: “Are you mad at me?”

This guide could go on forever, but that would deprive you of the thrill of trying to figure out how to get along with a Russian woman.

If nothing scares you off and you do decide to marry one, go ahead and read some Tolstoy and Dostoevsky. It might help.