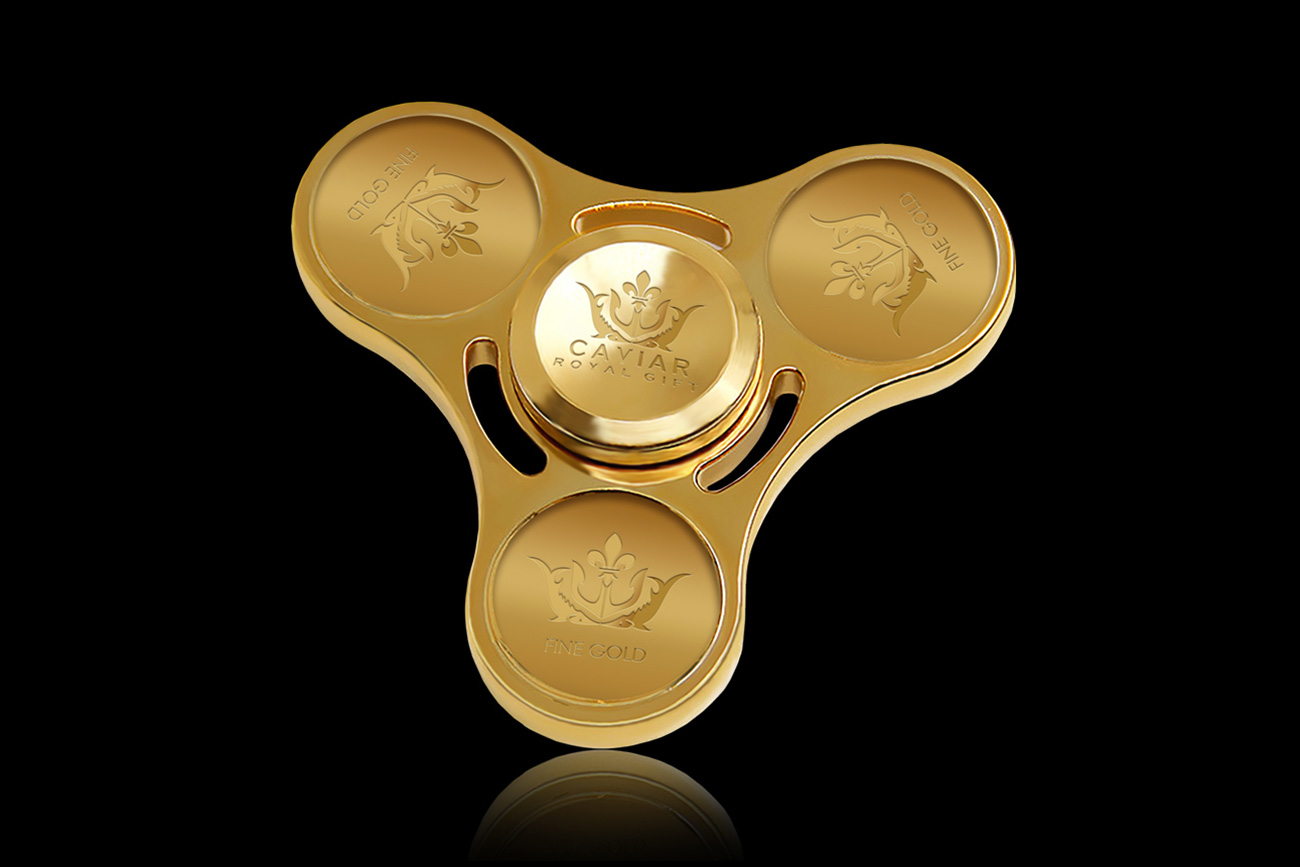 You might be tired seeing fidget spinners on every shelf and promoted everywhere in online stores, but at least these annoying and calming toys are rather inexpensive. Well, that was until now, because Russians once again are bringing bling to unbelievable heights.

The Russian company, Caviar, which is already famous for jeweled smartphones and other gadgets, presented a collection of luxury fidget spinners, reported Lenta.ru.

This new collection has four models: the Fidget Spinner Tricolor is gold-plated and decorated with the colors of the Russian flag, and sells for the 'bargain’ price of 14,900 rubles ($251). A second model is made from zinc and decorated with black carbon and a skull, and has the same price as the first.

Just in case you’ve been living in the farthest regions of the taiga for the past year, a fidget spinner is a rotating toy with a bearing in the center and small weights on each of the three blades. It’s marketed as helping to relieve stress, but I would disagree. Originally, it was developed in the 1990s for kids, but in 2017 the toy has seen a genuine (and annoying) boom in sales.