Lifestyle
Stepan Ivanov
"What Russian doesn’t enjoy a fast ride?" This is a rhetorical question that Russia's great author, Nikolai Gogol, asked in the 19th century. Since then, nothing has changed. Even road conditions are still the same in many places. 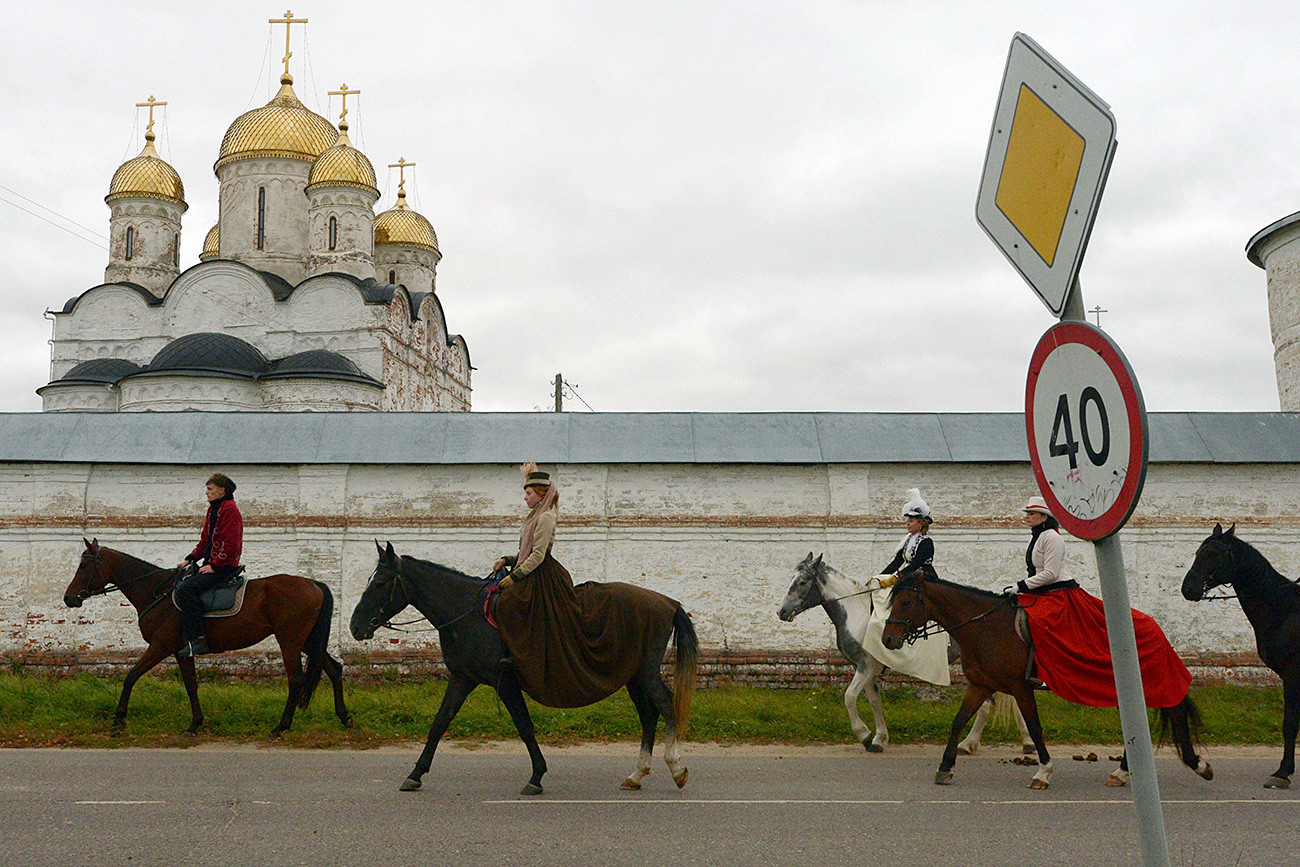 Rule No 1 – The speed limit is not what it seems

Russian drivers are very good at math. Each time they see a speed limit road sign they automatically add 20 km/h to it. That’s the threshold for being fined for speeding. In some regions you can be pulled over for speeding 10-15 km/h over the limit, but it is generally an exception. In big cities the rule, “speed limit + 20,” is most common.

If you follow the speed limit, or go slower, then some drivers will think you are either a beginner or a dunce, and treat you badly and look at you contemptuously. If you drive too slowly you can even be pulled over by the cops. Their logic: you’re drunk and trying to avoid an accident by driving too carefully.

Rule No 2 – Don’t make eye contact with other drivers

If you cut someone off, or just did something dumb, don't look in the other driver’s eyes. You will be stared at, and if you stare back then a conflict might ensue.

The best option is to have your windows tinted. You wouldn’t like to drive an aquarium anyway – that’s how many Russian drivers think. And even the 500-ruble ($9) fine doesn’t stop them from tinting their windshields and front side windows. 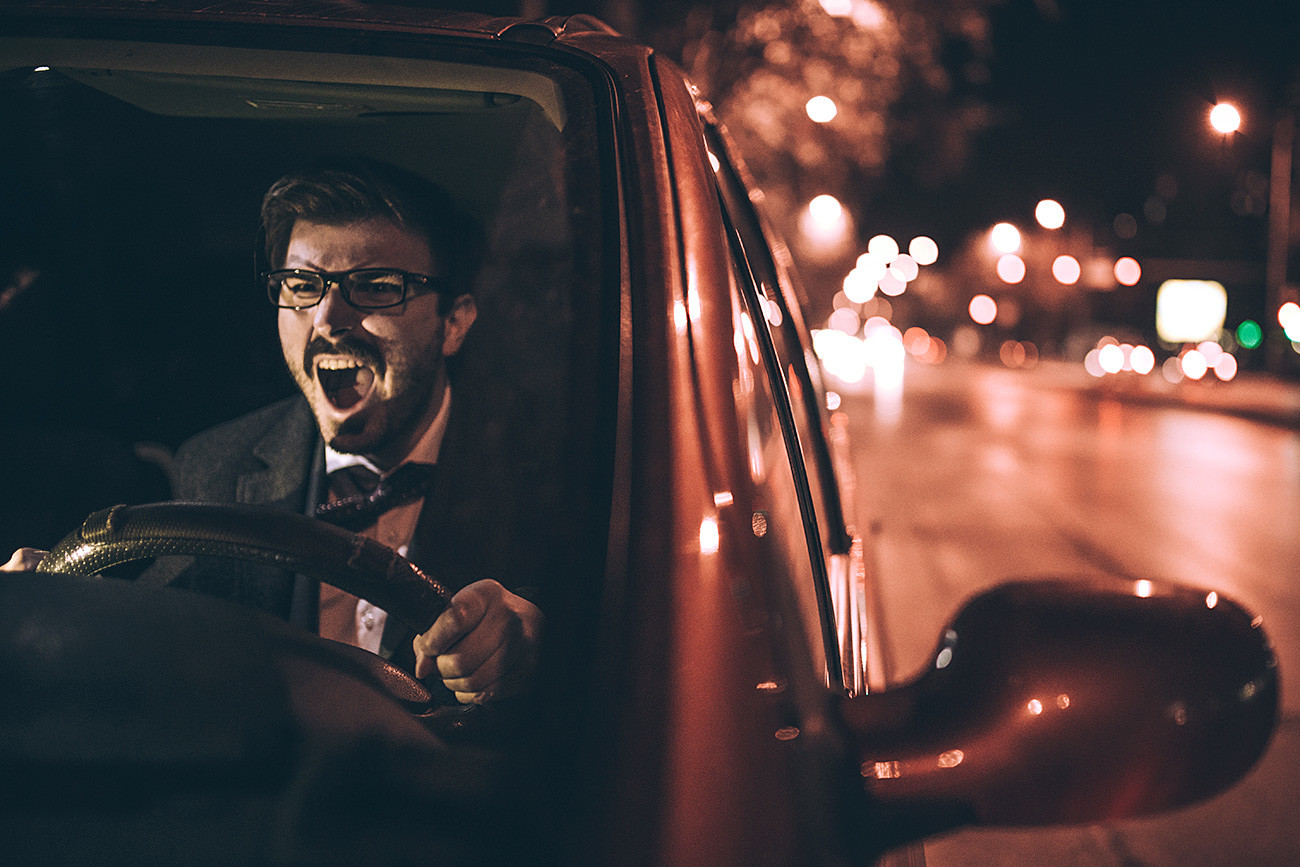 Rule No 3 – Turn signals are rare

Good thing that these cars don’t fly yet. On Russian roads, expect anyone to go in any direction at any time. Some drivers think that only beginners, women or people with too much free time bother to use turn signals.

Hazard lights, however, are widely used. Those drivers who don’t know about turn signals like to use these lights. For example, when they swerve in front of you they immediately turn them on. Perhaps to say sorry, or to tell you to screw off. You never can be quite sure.

In general, blinking hazard lights mean, “thank you,” or “watch out, I’m going backwards into this tight spot in the parking lot, so honk if you want me to stop”.

Here’s the mindset of some Russian drivers: if you see a green light flashing or a yellow light, hit the gas as hard as you can. Be ready for it. Don’t start too soon when your light turns. It’s better to hear a second or two of honking behind you than try to take on those Schumachers.

Rule No 5 – Get ready for traffic jams

If you find yourself driving along an empty road in Moscow (or any other big Russian city), be sure to check your route. Maybe this road will bring you to the end of the world? It’s hard to find a time and place with no traffic jams in Russian cities.

You might try to save time by using apps like Yandex.Maps or Google Maps, which show traffic in real time. Yandex is even able to predict the traffic for the next few hours. If you are in a traffic jam that has come entirely to a standstill, get ready to embrace cultural differences. For example, traffic jams in Russia have their own peculiar economy with beggars asking for money, salesmen offering car chargers, flower bouquets or even fidget spinners, flyers or free newspapers.

Another interesting observation is those clever people who try to use the side of the road effectively. They leave behind dust clouds, and make the whole thing worse when trying to merge with traffic before the roadside turns into a fence, or there’s a traffic camera ahead. 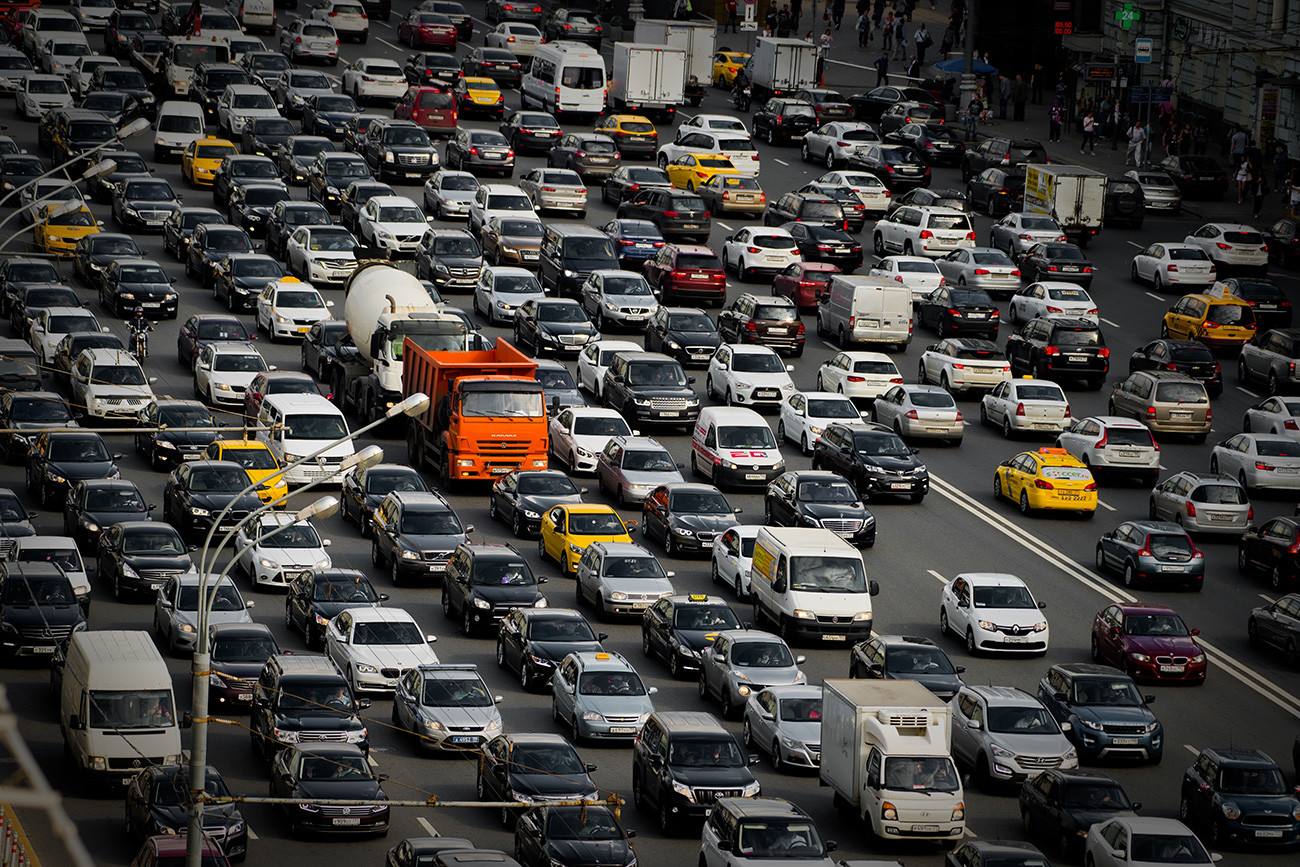 A traffic jam in Moscow

There are two main rules about who should give way on Russian roads. One is universal: give way to any fool because he is always in a hurry and doesn’t mind speeding, driving on the side of the road, or not using turn signals. You’ll be better off if you just let him go.

Another rule: when in doubt, the bigger car goes first. Now, that may sound medieval and completely unintelligent, but be indulgent. These people have been living in a free society only for 27 years. So, let them play with their big black SUVs. Letting it go is your way of being patronizing.

So that’s it. Drive safe, have fun on Russian roads, and don’t forget to use a dash cam – you’ll never know what magnificent footage you’ll come across.

Why dashboard cameras are so widespread in Russia

How to register a car in your name in Russia: 5 not so easy steps

A Niva-ending story: The pride and joy of the USSR