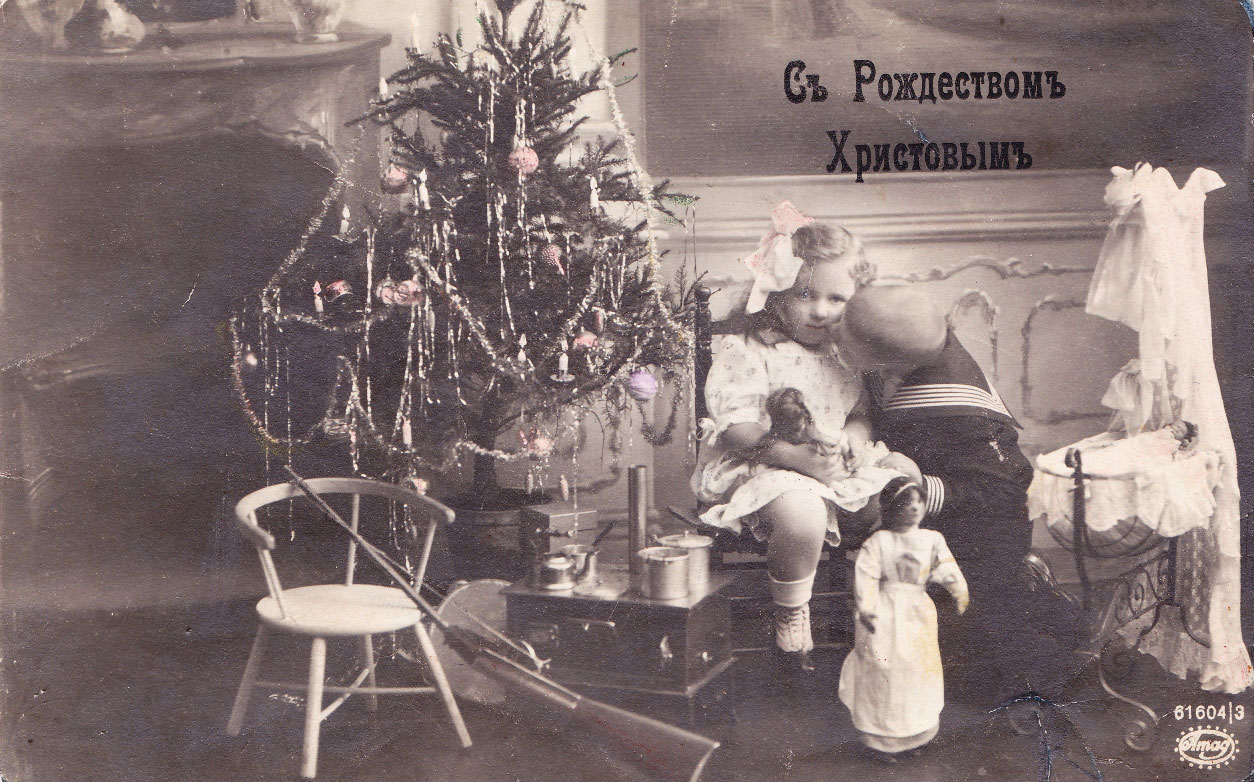 A postcard with a congratulation for Christmas.

Open sources
The decorations are up, the nights are drawing in – in the northern hemisphere, at least – and gift-hunters are braving the crowds ahead of Christmas. In Russia, however, this celebration has a different meaning.

The majority of Russians celebrate Christmas on Jan. 7, as the Orthodox Church follows the Julian calendar. For Russian kids impatient for presents, New Year's Eve is the date to look forward to, leaving Christmas as a solemn, religious celebration that rounds off the festive season. Celebrations begin in earnest on 6 January, when the faithful attend a Christmas Eve service before breaking a 40-day meat and dairy fast with kutya (sweetened cooked grain), served as part of a 12-dish Holy Supper – one for each of Christ's disciples – after the first star appears in the sky.

Festivities; food and drink; families coming together at the dark heart of the year: Christmas has, as you can imagine, provided fertile ground for Russian writers over the centuries, even if they haven't always fully respected the piety of the occasion. In The Night Before Christmas, a much-loved story from 19th-century master of mischief Nikolai Gogol, the Devil himself – taking advantage of the one night he has “to prowl around the world filling the heads of good people with sinful thoughts” – decides to pocket the moon and wreak havoc on the remote village of Dikanka one snowy Christmas Eve. 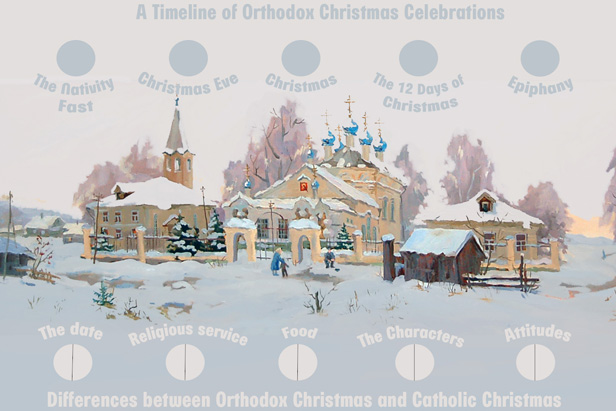 10 facts about Orthodox Christmas
The local Cossacks, devout Christians, are at home “eating their kutya with their families”; the drunks are crawling on all fours out of the roadhouse. Meanwhile, the town's respectable elders steal one by one over to the house of a scheming local widow – and end up, in Chaucerian fashion, unceremoniously hidden in coal sacks. A warped fairytale of debauchery, drunkenness and secret shenanigans, culminating in a magical flight to St. Petersburg to pilfer the Tsarina's slippers, The Night Before Christmas shows Gogol at his satirical best, poking fun at the gulf between public piety and private perversion.

Dostoevsky's The Beggar Boy at Christ's Christmas Tree, which turns the reader's attention on the plight of the poverty-stricken at this time of celebration and plenty, is far more downbeat. A starving boy, newly arrived in a provincial town, stumbles out of the cellar where his mother lies “as cold as the wall”; gobsmacked by the town's decorations, he reels between the window displays, showing Christmas trees and “cakes of all sorts – almond cakes, red cakes and yellow cakes” – only to be brought back to earth by the gnawing in his belly and the terrible cold. Shooed away from the crowds one last time, he curls up in a courtyard, where he has a vision of Christ's Christmas tree, surrounded by countless “bright and shining” children who fly around him and kiss him. You guessed it: he's frozen to death. His new playmates are the unfortunate fellow-victims of the savage Russian winter.

Sobering stuff. Things are scarcely always better at the other end of the social scale, however. Set among the privileged circles of early 20th-century Moscow, Boris Pasternak's novel Dr Zhivago features one of the most explosive Christmas scenes in all literature, when the heroine, Lara, arrives at a Christmas party intending to confront the sleazy lawyer, Komarovksy, who has manipulated her into an affair. 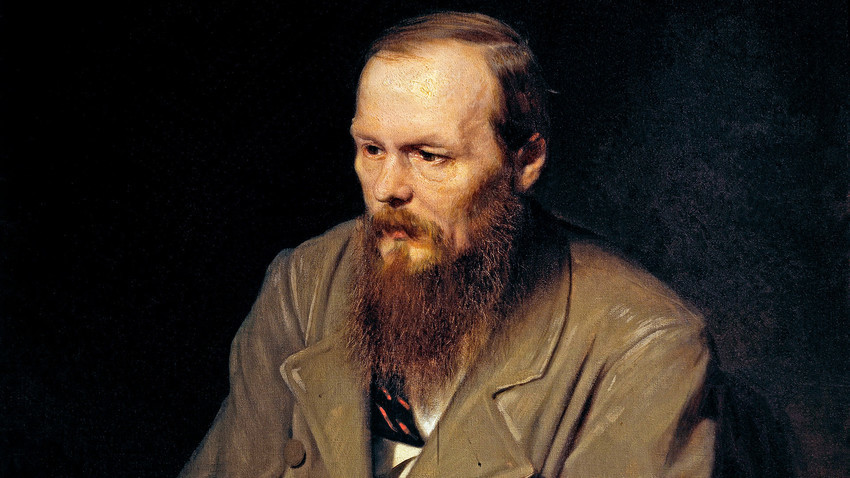 Why do some Russians hate Dostoevsky?
“The dancers twirled and spun dizzily,” writes Pasternak, before “the hotly breathing Christmas tree with its several tiers of lights”. In their finery, the guests scoff tangerines and other delicacies; Komarovsky plays cards in the “Pompeiian” sitting room. The dancing is in full swing when the conviviality is shattered by the report of Lara's pistol – the perfect metaphor for the jarring of private pain against the season's confected bonhomie.

Any look at festive Russian writing would be incomplete without a mention of Joseph Brodsky – a poet who, like Pasternak, was targeted by the Soviet authorities but went on to win the Nobel prize. Brodsky was in the habit of marking each Christmas with a poem; in his “24 of December, 1971”, written the year before he emigrated to the US, he overlays the Nativity story with a rather less elevated scene of shoppers scrapping for bargains at a grocery store. “When it's Christmas,” he writes, “we’re all of us magi / At the grocers’ all slipping and pushing / Where a tin of halva, coffee-flavored, / is the cause of a human assault-wave.”

Though he was Jewish himself, Brodsky's poems about Christmas are defiantly religious – at a time when faith was discouraged – understatedly moving and determinedly unsentimental. They describe the birth of Jesus with narrow-focus realism, cutting through the myth and ritual to give us a frank account of what the Nativity is, at root: the first moments of a baby boy's life. In “Star of the Nativity”, Brodsky writes: “all things seemed enormous: His mother's breast, the steam out of the ox's nostrils... the team of Magi, their presents heaped by the door, ajar”. It is Brodsky's determination to transcend the gluttony and the gaiety, the crassness and the commercialization of Christmas that take us back to the simple message of unity, empathy and generosity that are so important at this time of year, whatever our faith.

Crazy Russian winter: How extreme can it really be? (QUIZ)