Pushkin House Prize for study of Russia on eve of revolution 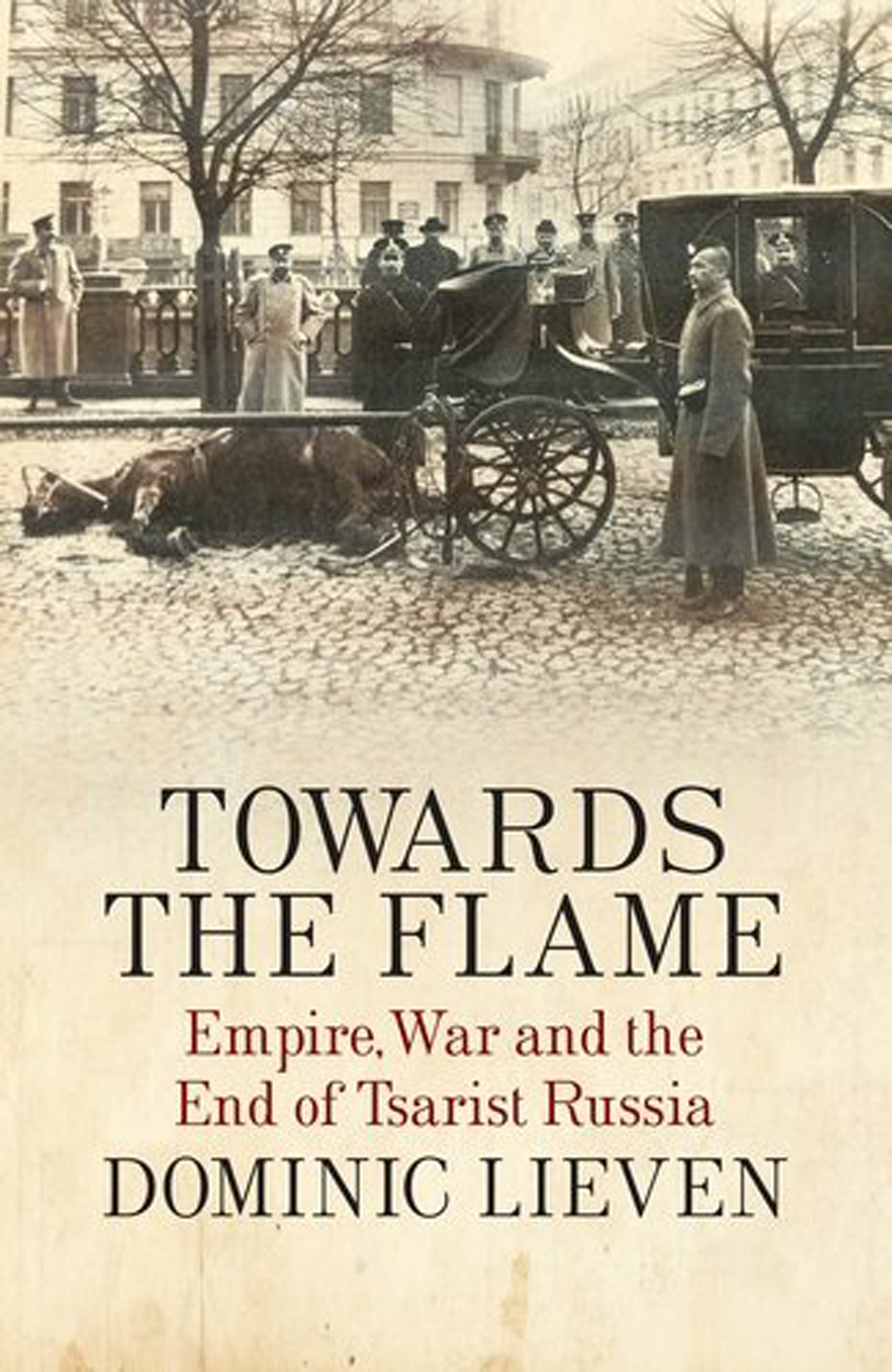 From the Bolshevik Revolution to the present day: an erudite selection of books showcases historical scholarship from and about Russia, with. Dominic Lieven’s book,‘Towards the Flame,’ winning the 2016 Pushkin House Prize.

Dominic Lieven’s book, Towards the Flame: Empire, War and the End of Tsarist Russia, has won the 2016 Pushkin House Prize, an annual award given for non-fiction works about Russia.

Lieven, a senior research fellow at Cambridge University, looks back in the book to the eve of revolution and sets the start of the Soviet era in a “broader context of global history.” The author places Russia where it belongs, as he writes in his introduction, “at the very centre of the history of the First World War.”

At the award ceremony in London on April 25, one of the judges, Professor Geoffrey Hosking of London University, described the book as “a uniquely perceptive account of the opinions and mentalities of leading Russian statesmen … set against the geopolitical opportunities and dangers, which Russia faced at the time” and added that we have “much to learn from this book today.”

Towards the Flame was one of many books in this year’s exceptionally strong shortlist, chosen from among nearly 50 books, that draws on decades of research and expertise.

Quite unprecedentedly, the judges also gave a second award to Oleg Khlevnuik’s ‘Stalin: New Biography of a Dictator’, which explores the historical context of Stalin’s reign rather than his personal life and habits. Nora Favorov’s translation has brought this book, already published and reprinted in Russia, to English-speaking audiences.

Andrew Jack, co-chair of Pushkin House, said: “These two books perfectly encapsulate our mission: to showcase and encourage the best in scholarship from and about Russia. They are exemplary winners.”

From the Soviet era to the new world order

The 2016 shortlist, judged by a panel that included Mikhail Piotrovsky, the director of St. Petersburg’s Hermitage Museum, was rich in books about the Soviet era, and included The Maisky Diaries, edited by Gabriel Gorodetsky.

Oliver Ready translated this extraordinary journal of a 1930s Soviet ambassador. Ivan Maisky’s impressions of life in Londonof that period are fascinating. At one point he describes the “terribly excited” young Princess Elizabeth, now Britain’s 90-year-old queen, in a light pink dress, giggling and misbehaving.

Alfred Rieber’s Stalin and the Struggle for Supremacy in Eurasia explores attempts by the Soviet Union, Nazi Germany and Imperial Japan to control the boundaries of Eurasia.

In The End of the Cold War: 1985-1991 Robert Service analyses the role of key players, among them Ronald Reagan and Mikhail Gorbachev, and recalls some crucial turning points in recent history.

Memories from the Siege of Leningrad

At one point, Service quotes Margaret Thatcher telling the BBC, after a 1984 meeting with Gorbachev at Chequers, that they had “two great interests in common”: avoiding war and building trade and cultural connections.

The most recent events covered by any book on the shortlist took place just a couple of years ago. Russia and the New World Order by Bobo Lo examines Russian foreign policy, including the annexation of Crimea. Lo looks at historical, ideological and international contexts in an erudite analysis of events that are still unfolding.

Promoting debate about the Russian-speaking world

The Pushkin House Prize is now in its fourth year. Earlier winners have been Douglas Smith’s Former People, charting the final days of the Russian aristocracy, which won the inaugural award in 2013, Catherine Merridale’s Red Fortress, a history of Moscow’s Kremlin, and Serhii Plokhy’s The Last Empire, about the end of the Soviet Union.

The prize is intended to promote “public understanding and intelligent debate about the Russian-speaking world” and, although the award is only for books available in English, the organizers actively seek and support translations from Russian and other languages.