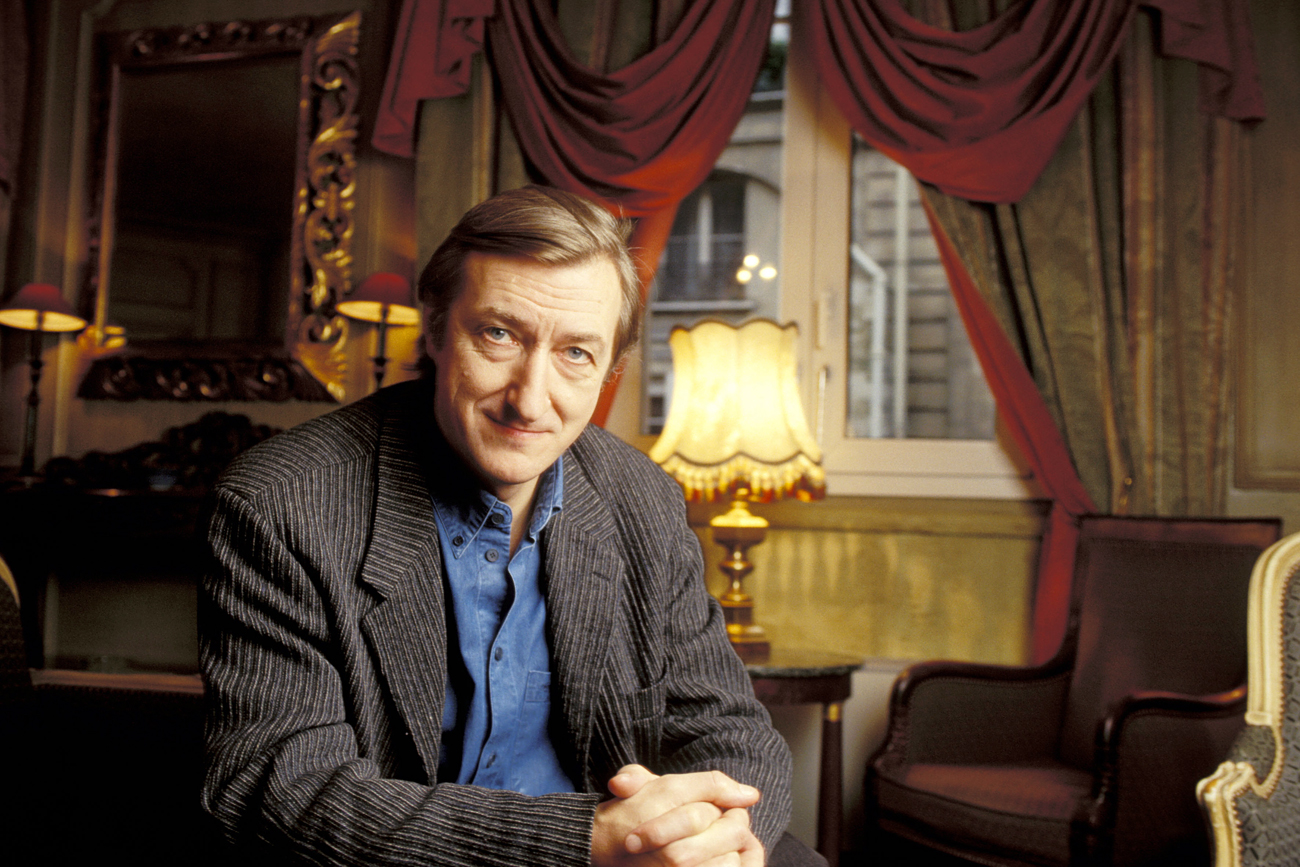 Opale/East News
Award-winning Russian writer and Tolstoy expert Pavel Basinsky sat down to talk to his British colleague Julian Barnes about his novels and his new book on Russian composer Dmitri Shostakovich, “The Noise of Time,” as well as his passion for Russia and Russian literature, ahead of the Non/Fiction book fair in Moscow (Nov. 30 – Dec. 4), which Barnes is visiting as part of the UK program.

Rossiyskaya Gazeta: On the subject of the “Barnes phenomenon”: Critics usually call you “the apostle of postmodernism” or “the chameleon of literature,” meaning that as soon as they try to identify your creative work you immediately change “color” and write something completely different. In the 20th century, in the 90s, postmodernism was the most popular literary trend in Russia, yet we failed to identify it. At last, someone suggested a formula of postmodernism, an attempt to specify what postmodernism is. How would you define postmodernism?

Julian Barnes: It's the critics, not the writers, who give labels to literature. I've been given many labels over the years – an American critic called me a “pre-postmodernist” – which I'm still trying to work out. But in any case, we seem to have run out of labels – the modernists were working a century ago, the postmodernists (of the generation of Borges, say) are also long dead. Are some of us now post-post modernists? I hope not. My novels, as you have mentioned, are very different from one another: Some are more formally inventive, some more traditional. My loyalty is to the individual book I'm writing, rather than to any overall notion of a literary school. Perhaps we should call it Post-Label Fiction.

RG: You surprised audiences with A History of the World in 10½ Chapters, where you offered an alternative look at the history of civilization. The Great Deluge from the point of view of a woodworm… the Chernobyl disaster as seen by a mad woman… There was also Flaubert’s Parrot, a tradition-breaking novel in the biography genre. Then came The Porcupine with its surprising image of the Eastern European dictator, a nominal Zhivkov, a novel in which you inherently foresaw the trial of the real leader of the Bulgarian Communist Party. Excuse me, but I have a feeling that you consciously provoke your readers, not letting them live in their usual frame of cultural, political references, etc. And then there is your latest novel The Noise of Time… We, Russians, were even a bit offended that a novel about Shostakovich was written by an English and not a Russian writer! Surely, we can only blame ourselves for this… And yet, how would you define your literary strategy, if you have one?

J.B.: I'm sorry if any Russians were offended by the fact that I wrote a novel about Shostakovich! He did, after all, die in 1975, and so your novelists have had 40 years to write about him if they wanted to…As far as my “literary strategy” goes, I suppose I would say this. That – as all writers do, or at any rate should – I write about what most interests me, and in the form that best suits the idea. (Flaubert: “There is no idea without a form, and no form without an idea.”) I think that the novel is a very generous and flexible form, and I follow the story wherever it leads me, often across the old-fashioned borders; so I am happy to mix fiction with history, art history, biography, autobiography – whatever tells the story in the best way. I also don't feel myself obliged to offer my readers the same sort of book I gave them previously (and they've got used to that by now). At the same time, the making of the bond between writer and reader on the page is of maximum concern to me. I may take readers to unexpected places, but I want them to follow the path without unnecessary trouble.

RG: Your novel England, England struck me with a contrast: You can always feel the author frowning at the topic, and at the same time it is a very serious novel about national identity. How possible is national identity today? Is it time to admit that it’s easier to fake it with modern technology – these “national heritage parks” both for foreign and local tourists? There is a lot of tension around the issue of national identity in Russia and other former USSR republics. In Ukraine it has already become a central issue. And the latest referendum in the UK was won by supporters of Brexit; that is, let’s be honest, by admirers of “good old Britain.” So this novel once again is of great current interest. And I’m not talking about politics but about your ability to search for themes that appear at an unexpected time and in an unexpected place. How do you do that? Do you follow the media, talk to people a lot, or are you some kind of a literary anchoret and visionary? 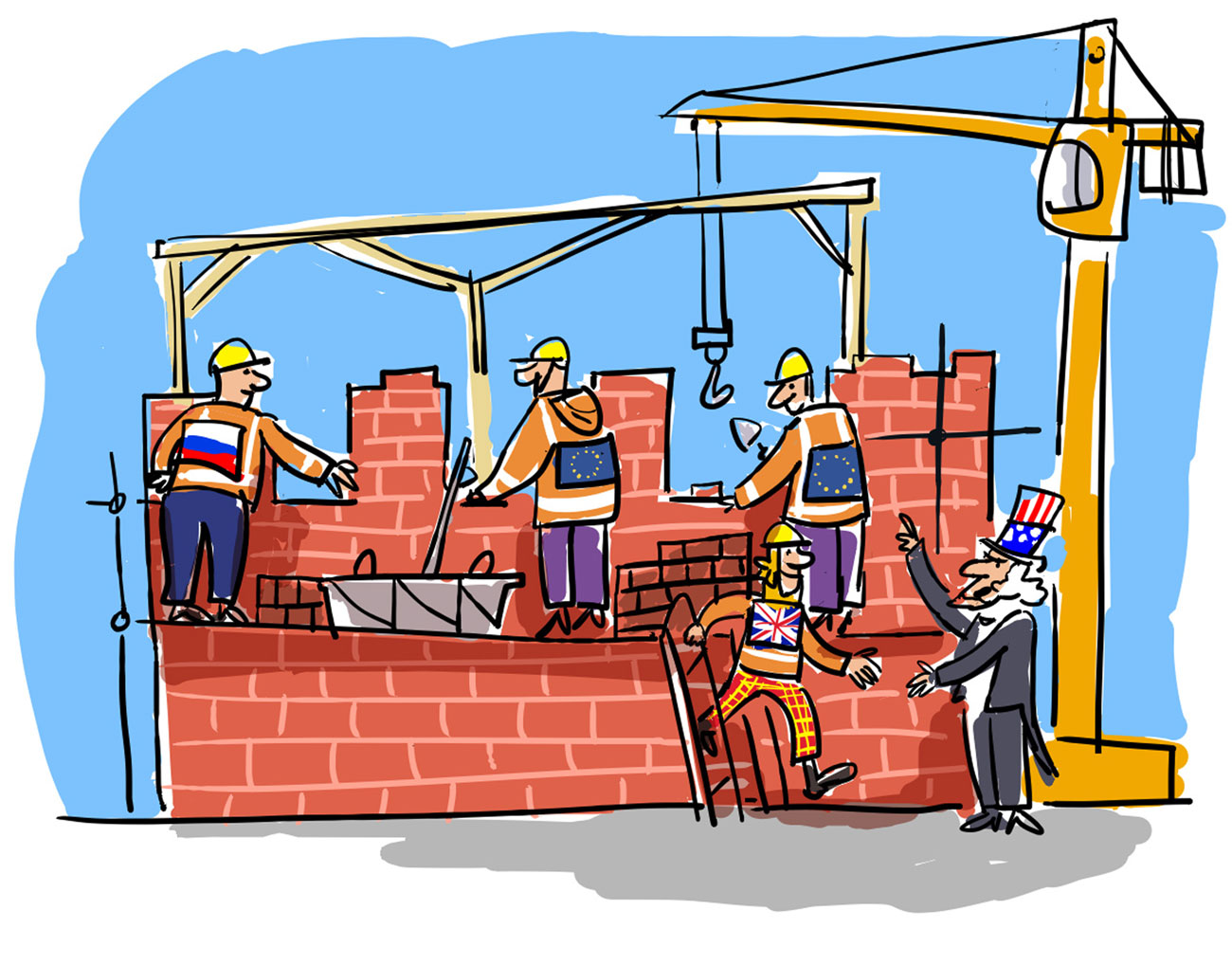 What sort of Europe does Russia want post-Brexit?
J.B.: Yes, I'm rather glad that England, England has turned out to be topical in 2016. I wrote it in 1998 at as kind of warning, or “poisoned present” to my own country as the new millennium arrived: Look what you are turning into! Not just England, obviously. If you walk down a street in the middle of any capital city in Europe, you see the same shops, and similar habits of living. Europe is becoming homogenized. Of course, if this is the price to pay for not having wars – and there have only been small ones in Europe since 1945 – it's worth paying. But I also felt that, as a response to the homogenization, the old European countries set up instead various totems of their nationality and originality, as if to say that this homogenization wasn't happening. Look, we have cricket and Big Ben and the Beatles! And then self-delusion sets in. As for being a visionary – I think it's a mistake for a writer – at any rate, my sort of writer – to imagine themselves a visionary. But sometimes the things we write about turn out to be true. In my History of the World of 1989, I allowed myself to imagine the football team I have supported all my life, Leicester City, finally to win an important trophy. And in 2015 they finally did so. It's tempting, as you can imagine, to try and turn the trick again.

RG:  You received the Booker Prize for The Sense of an Ending. Frankly speaking, they could have awarded it to you earlier. But I can’t understand what this novel is about. It is a first-class psychological thriller with a twist in the tail. But what is it about? Is it about love, and the mysteries of female psychology? Or is it about the absence of time?

J.B.: I'm sorry you don't understand what it's about. I think it's about responsibility and remorse. What exactly is our responsibility for our actions, and how precisely can we measure it? (Compare historical responsibility, as in the first part of the book). And when – sometimes, many years later, we discover that our responsibility is not what we thought it was, we may suffer guilt, or, worse, remorse. The novel is also about time and memory, yes. And it's also, as you say, a kind of psychological thriller. I am pleased when some readers tell me that after finishing it, they went straight back to the beginning and read it again, to see what really happened, and the work out the clues they'd missed.

RG: How did you come upon the idea to write a novel about Shostakovich? Was it your interest in music or in the main character of the novel as a significant personality of his time? It seems you don’t pay much attention to the era itself. What lies beyond the noise of time – music or even the sound of three glasses being moved together, the eternal trinity of sound – seems to be the only thing left, doesn’t it? What will there be beyond the noise of our time? 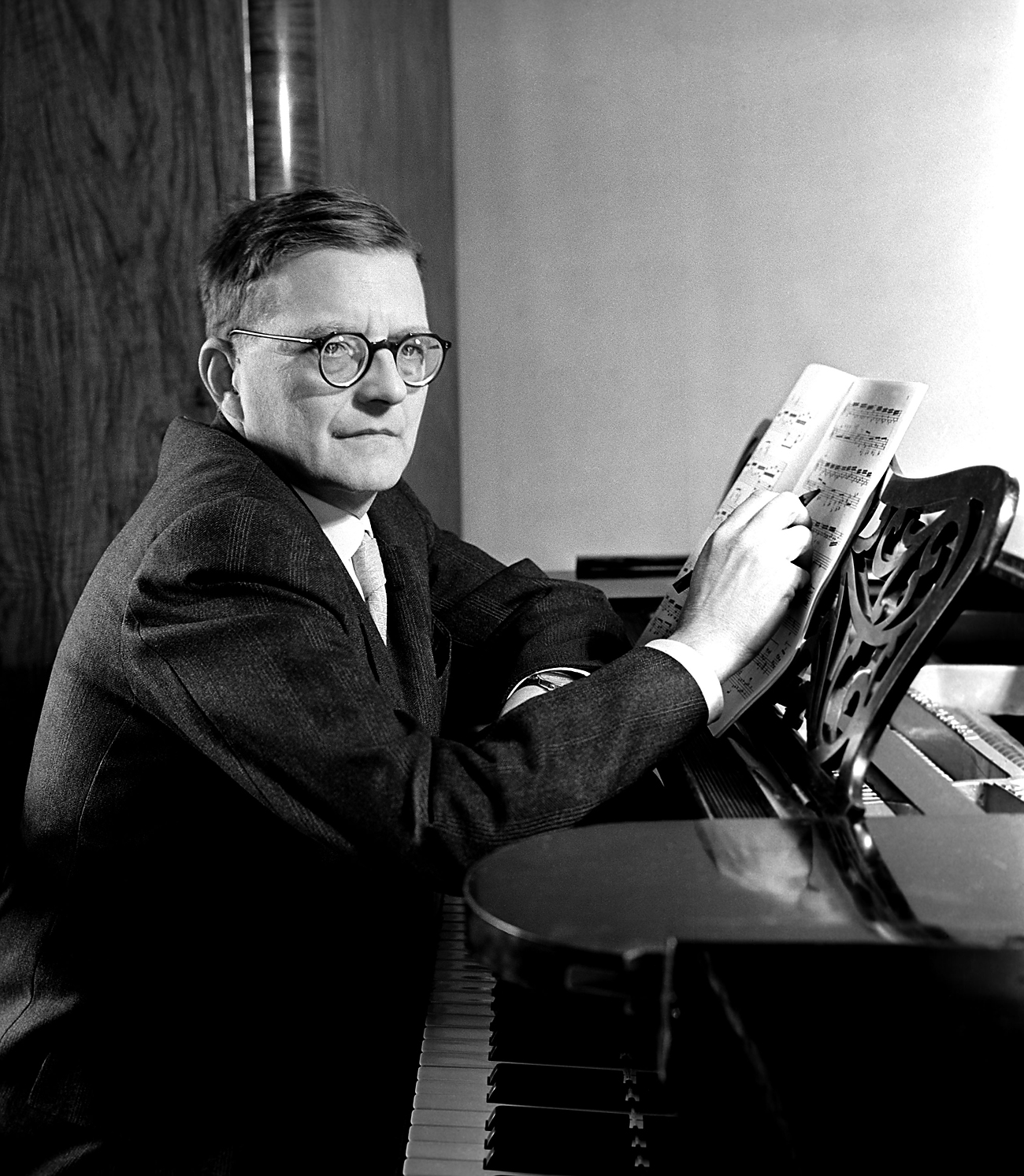 7 facts about Dmitri Shostakovich, composer of the ‘Leningrad’ Symphony
J.B.: I've loved his music since I first heard it about 55 years ago. And then – though usually I'm not very interested in the lives of composers – I realised, about 35 years ago, that Shostakovich was not just a great composer, but also “a case” – a potent example of what happens when Art collides with Power. And that set me off. But as you can see, some of my novels take a very long time from the original idea to the final making of the novel!

Beyond and above the noise of time, as the novel suggests, there is the music of history. But of course, the noise lasts a very long time, unfortunately.

RG: Which of the Russian writers do you feel close to? Tolstoy? Dostoevsky?

J.B.: Like many of my fellow-countrymen, I adore Chekhov. Only the other month, I saw Ivanov, Platonov and The Seagull one after the other at the National Theatre in London. If it wasn't for Shakespeare, he'd be the world's greatest dramatist. Turgenev I feel very close to – one of the great writers about love. Tolstoy and Dostoevsky, of course, though the Tolstoy of Anna Karenina and (the most part of) War and Peace, not the Tolstoy who lectures us on how to live. Gogol, Gorky, Goncharov (as an adolescent, I loved Oblomov because I hated getting out of bed as well)...And I would mention two of my very favourite Russian books, which I have reread many times: Pushkin's Eugene Onegin, and Lermontov's A Hero of Our Time. Both are really novels – so perhaps they are “pre-postmodernist.”

RG:  If I’m not mistaken this is your first visit to Russia. What would you like to see first of all here?

J.B.: Actually, I was in the Soviet Union in 1965, when I was a student. Some friends and I drove to you from London! Minsk, Smolensk, Moscow, Leningrad (as it was then), Moscow, Kharkov, Kiev, Odessa, and out through Romania. I remember going to the GUM supermarket in Moscow and buying lots of Shostakovich LPs, which I still have. I expect it is much changed (as I am). I try to travel with as few expectations as possible. What would I like to see? Well, readers would be nice, for a start.

RG:  The book fair you’ve come for is called Non\fiction. It’s now widely discussed that nonfiction and documentary writing are becoming even more popular with readers than fiction novels. The Noise of Time is also “nonfictional fiction.” What do you think about this? And if it’s no secret, please share with us who you would like to write about next.

J.B.: Well, as I said before, I think the categories of writing have pretty much broken down in recent years. Also, I believe that readers aren't on the whole bothered by this. If it's an enthralling read, they forget category. As for what I'm working on, well, I shall be traveling with my agent, and though she suspects I am writing something at the moment, I haven't officially told her anything about it. So it would be unfair to tell your readers before telling her. Though I suppose, as she doesn't read Russian…No, I still can't do that...

Rossiyskaya Gazeta is thankful to the British Council for its help in organizing this interview (first published here). Julian Barnes is visiting Moscow as a main guest of the British program at the Non/FictionN18 book fair. The UK’s participation is one of the central events at the book fair and the final event of the 2016 UK-Russia Year of Language and Literature. 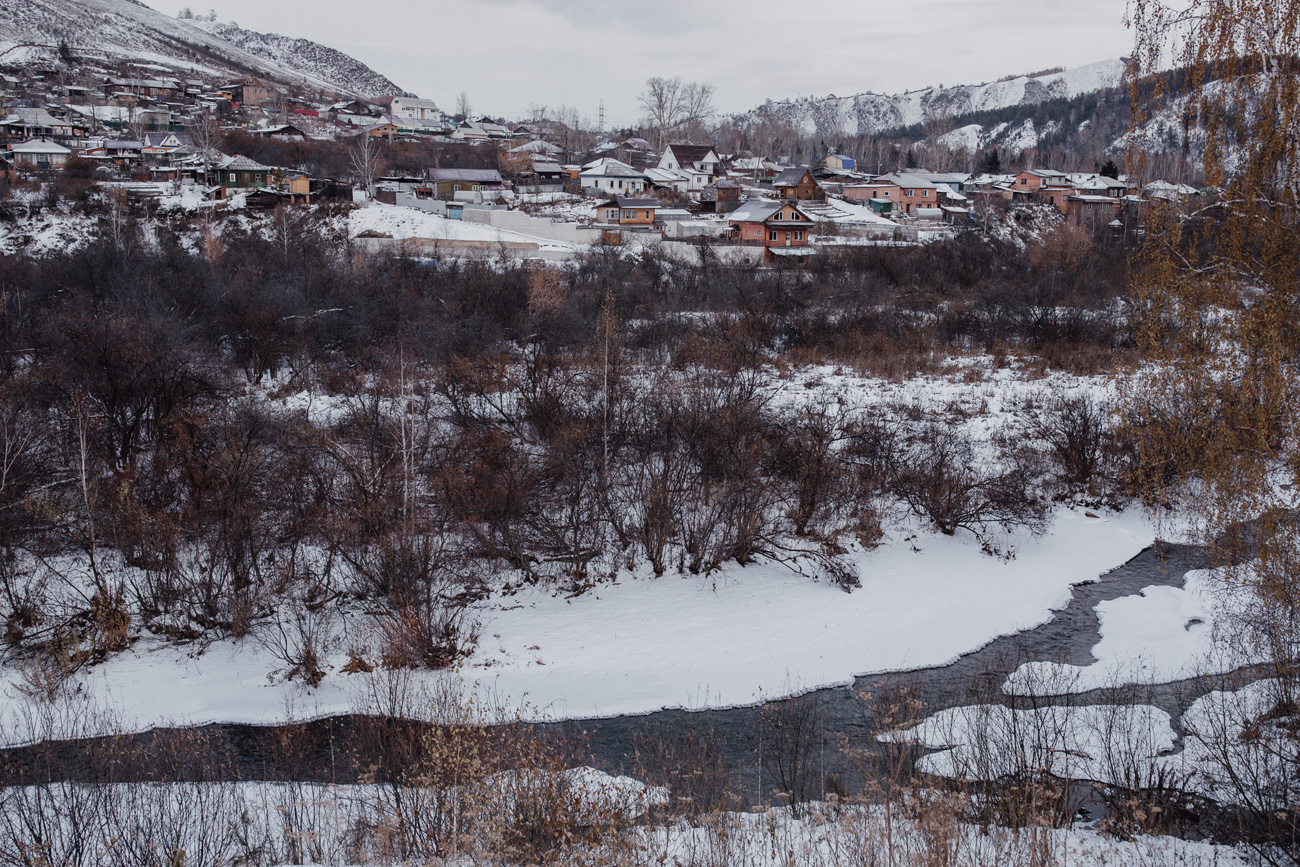