Who was Sergei Prokofiev, one of the world's most popular composers? 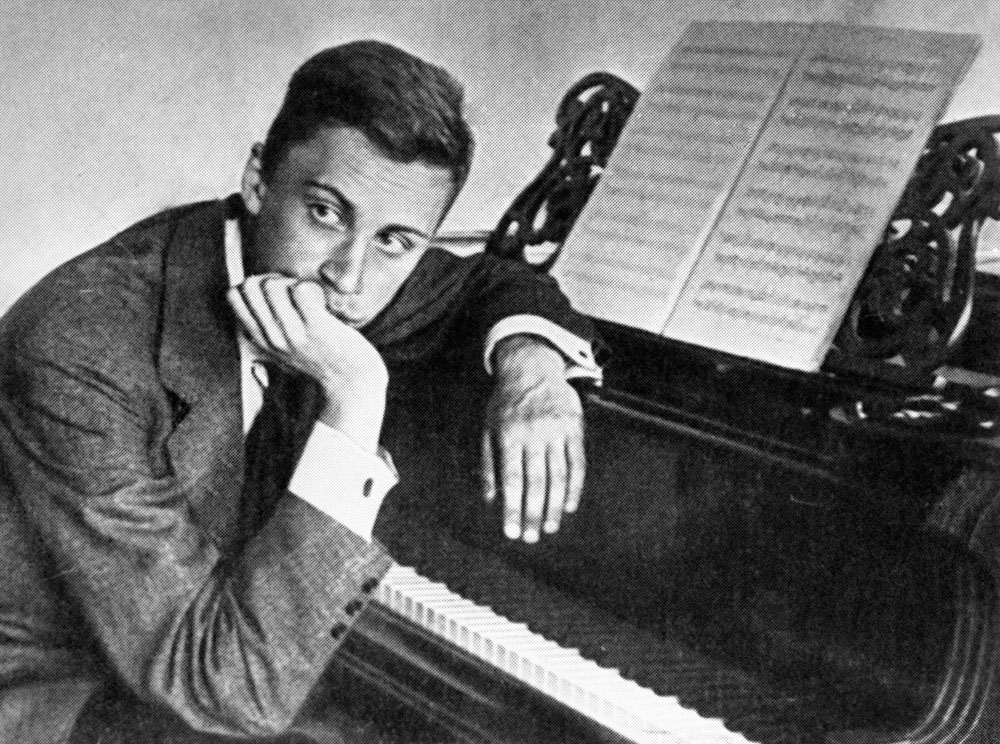 RIA Novosti
The music of composer Sergei Prokofiev is among the most performed in the world today. Yet in his time, Prokofiev was perceived as daring and innovative, to the extent that he eventually fell foul of Stalinist persecutions.

April 23 marks the anniversary of the birth of Sergei Prokofiev, the outstanding Russian composer. His work today remains among the world’s most popular classical music, along with the Viennese classics and German romantic-era composers.

These days “Dance of the Knights” from the ballet Romeo and Juliet or Natasha's waltz from the opera War and Peace are used in computer games, or as phone ringtones, yet only 50 years ago, his music was considered innovative and daring.

Prokofiev’s fate seems like a paradox – but only at first glance. Born in an era of global upheavals, he was interested in only one thing – music, his own music.

Romeo and Juliet, No 13 Dance of the Knights. Video by London Symphony Orchestra  / YouTube

From a Russian village to the Ballets Russes in Paris

If Prokofiev had lived in our time of never-ending TV shows, he definitely would have had to answer the question: "What would you do, if you weren’t a composer?" And he might reply: "I was an outstanding pianist, I beat Cuban grandmaster Capablanca at chess, but ever since I was young I’ve strived to become the world’s most performed composer."

In one of his first photos, you can see a nine-year-old boy in a sailor suit sitting in front of a piano. On the music sheets there is a clearly distinguishable inscription: “The opera Giant by Sergei Prokofiev.”

Two years later a successful young composer, Reinhold Glière, was invited to teach composition to the child. The composer’s mother, who was a great musician herself and firmly believed in her son’s great future, brought Prokofiev at the age of 13 from a remote Russian province to St. Petersburg. He entered the Conservatory, where he studied under the best musicians of his time, among whom was Nikolai Rimsky-Korsakov, an icon of Russian opera.

Soon he came to the attention of the largest Russian music publisher Boris Yurgenson, and after a few years Sergei Diaghilev, legendary ballet impresario, ordered him to write the score for the Ballets Russes in Paris.

Escape to the U.S. and return to Russia

This meteoric career might have been ruined by World War I and the Bolshevik Revolution. In that era, this fate befell many young talents who were destined for a great future. Nevertheless, Prokofiev had a talent for creating his musical universe as well as the ability to protect and defend it.

While his peers hesitated over a choice – what to do and where to live - Prokofiev decided that his goal was America. It was the only place where the composer could devote himself solely to creativity. New music, with its dissonances and unusual harmony, seemed overly complicated for many. Even his magnetic personality couldn’t always help Prokofiev promote his music.

So he resorted to pianistic virtuosity: Having received a contract for a piano concert, he would insert his own compositions into the program. In this period some of his most popular works were written: a few piano concertos, the operas The Love for Three Oranges and The Fiery Angel, Symphonies No. 2 and No. 3, and the ballet The Prodigal Son.

All the same, in the 1930s, Prokofiev understood that another Russian, Igor Stravinsky, had been hailed as the leading composer of the Western world. After visiting the USSR three times, Prokofiev saw the Soviet Union, with its huge audience, emerging concert halls and orchestras, as a counterbalance to Europe and America. His next move shocked the Western cultural world: In 1936 he returned to his homeland with his wife and two sons.

There Prokofiev became the country’s premier composer, barely managing to carry out all the orders from the Mariinsky and Bolshoi theaters and film director Sergei Eisenstein. He even softened his distinctive style in accordance with the ideas about music espoused by socialist realism.

They did not disturb him, nor did any ideological orders: At the same time as the grotesque fairytale Peter and the Wolf, he wrote the Cantata for the 20th anniversary of the October Revolution to words by Marx, Engels, Lenin and Stalin, and for Stalin’s 60th birthday he penned an ode titled Zdravitsa, in which he continued to develop his musical ideas.

Nevertheless, even the three Stalin prizes he won in 1946 couldn’t save the composer from falling victim to the persecutions that plagued artists during the dictator’s rule – his legacy was considered ideologically alien to socialist realism after V. Muradeli's opera The Great Friendship was performed in the Bolshoi Theater – the libretto pointed to the strained relationships between Russians and peoples of the Northern Caucasus.

However, Prokofiev's ballets and the opera War and Peace were still performed in the main Russian theaters, and a few years later, another wave of new orders and another Stalin prize followed.

Nevertheless, the composer proved unable to recover from the shock. He even died on the same day as Stalin, and his death passed unnoticed. However, Prokofiev had the last word: His music can still be heard today all over the world, free and unbounded.

READ MORE: 10 facts about the composer Igor Stravinsky you need to know