10 facts about the composer Igor Stravinsky you need to know 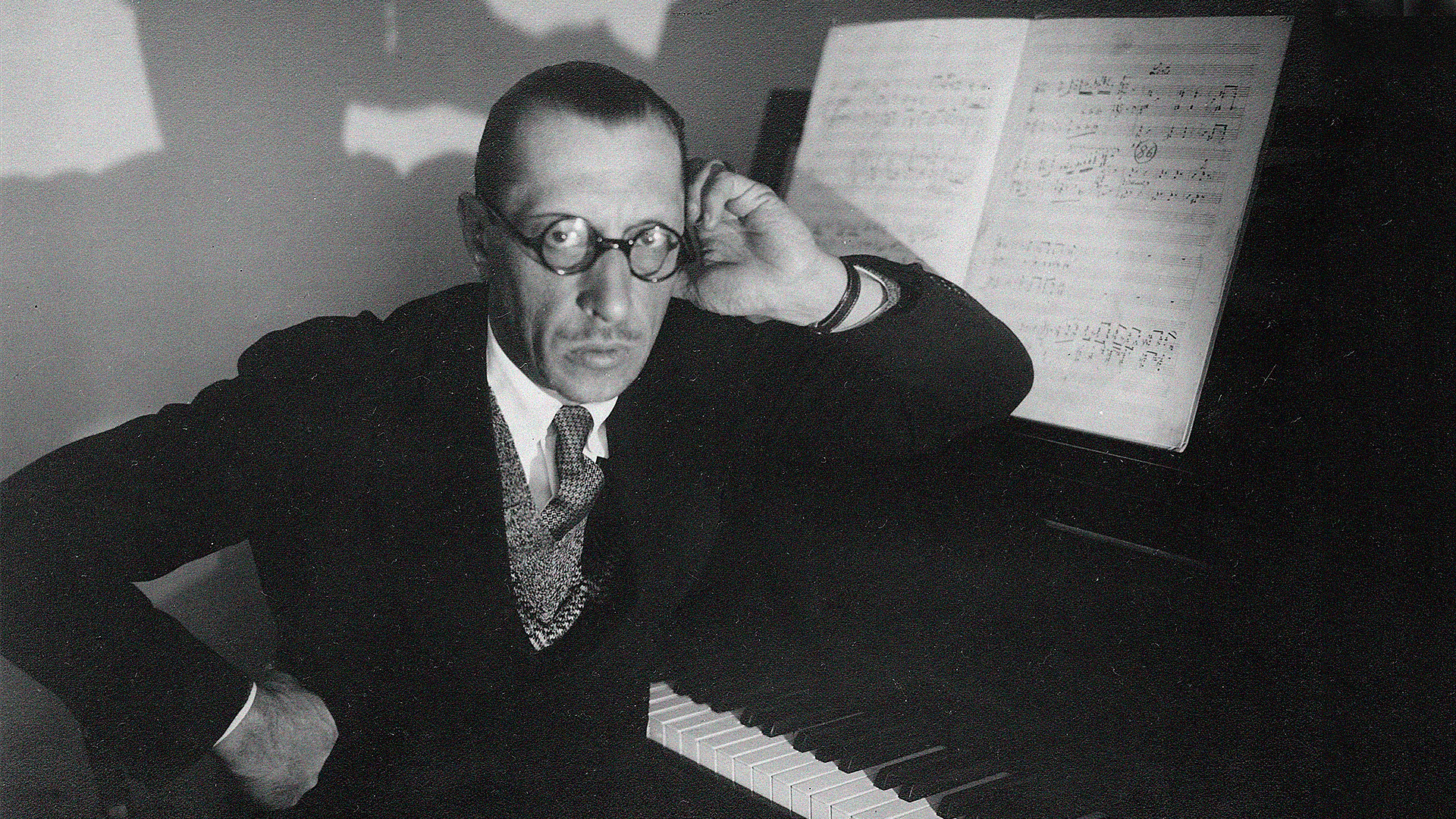 Getty Images
The legendary musician lived for 88 years (1882-1971). He witnessed some of the most dramatic events of the 20th century, which found a vivid expression in his works.

1. His father was a famous bass in the Imperial Theaters 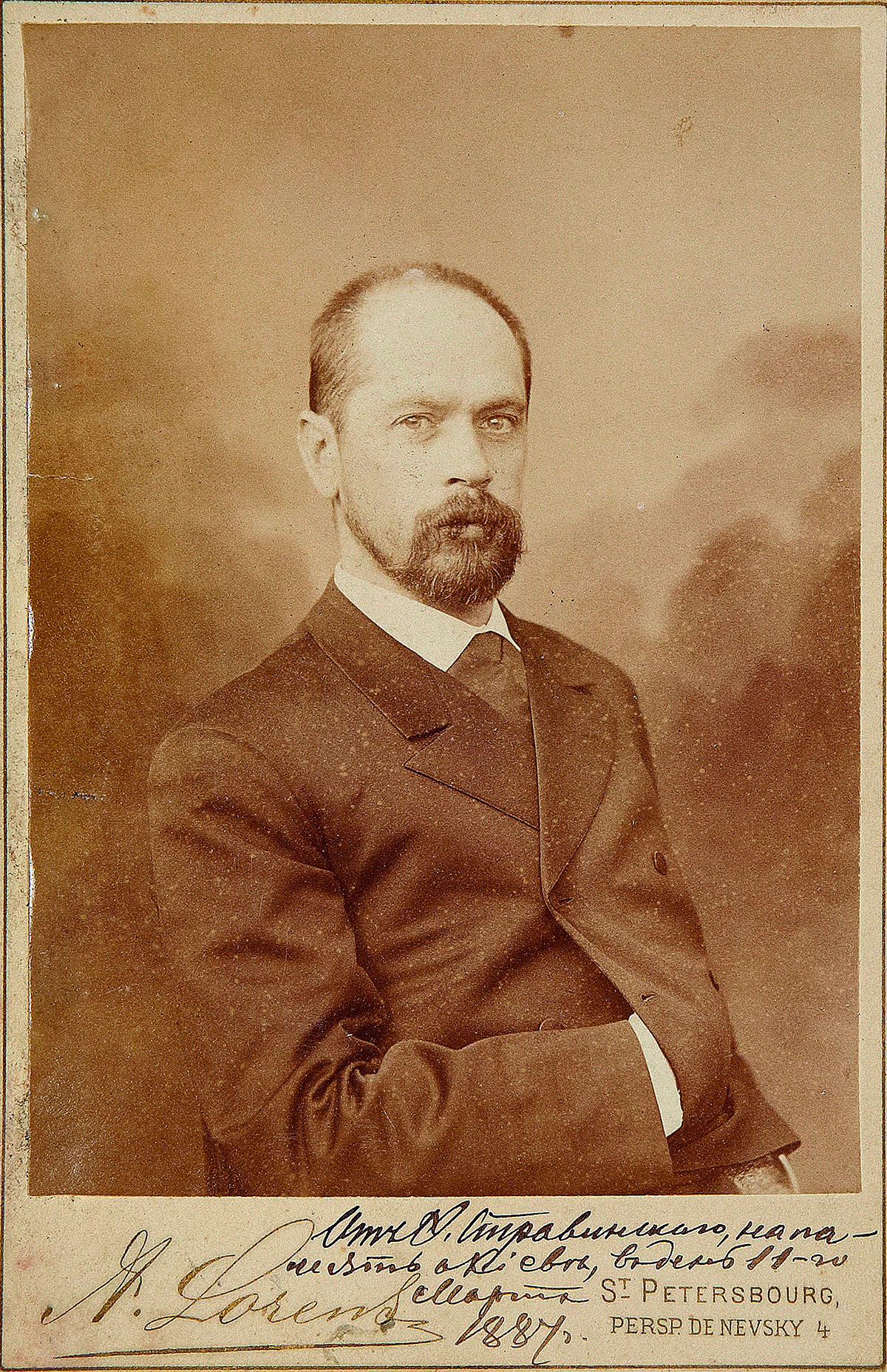 One of the most radical composers of the 20th century was the son of an opera singer, who in many ways embodied the musical tradition of the 19th century. Bass Fyodor Ignatievich Stravinsky was awarded the rare title of an Honored Artist of the Imperial Theaters, in which he had served for a quarter of a century. He had 59 operas in his repertoire. Some of his signature roles included Varlaam in Boris Godunov by Modest Mussorgsky, Farlaf in Ruslan and Lyudmila by Mikhail Glinka, Miller in Rusalka by Alexander Dargomyzhsky, Orlik in Mazepa by Pyotr Tchaikovsky.

Stravinsky Sr. was a prominent figure on the St. Petersburg cultural scene. Ilya Repin used him as a model for one of the Cossacks in his famous painting Zaporozhian Cossacks Write a Letter to the Turkish Sultan; and Fyodor Dostoevsky was a guest in the singer's house.

2. He became a composer thanks to Rimsky-Korsakov 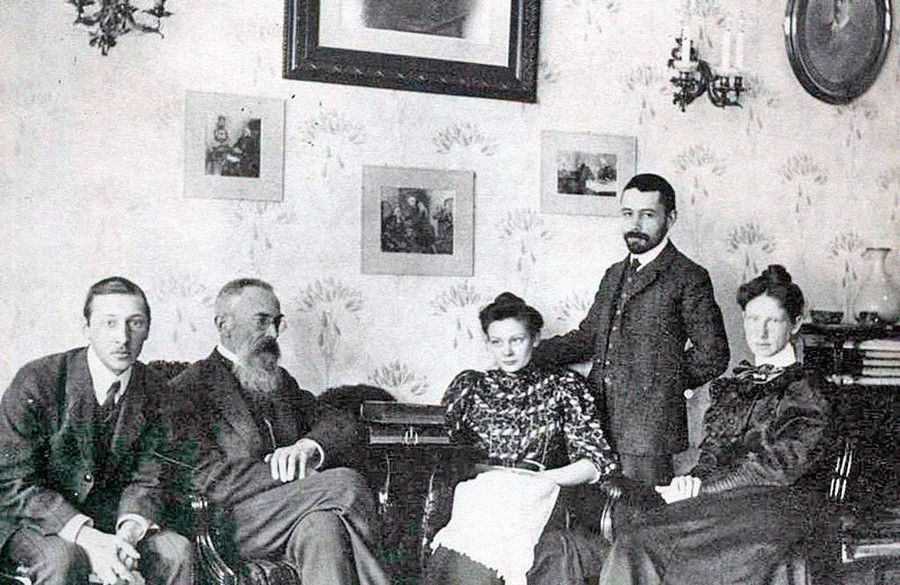 The composer often described Nikolai Rimsky-Korsakov as his second father. Having entered - at the insistence of his family - the law faculty of St. Petersburg University, Stravinsky never had any formal music education. Rimsky-Korsakov discerned his original gift, dissuaded him from entering the Conservatory, and for two years gave him private lessons himself, thus playing a decisive role in Stravinsky's professional development.

3. He became famous in Europe thanks to Diaghilev's Ballets Russes 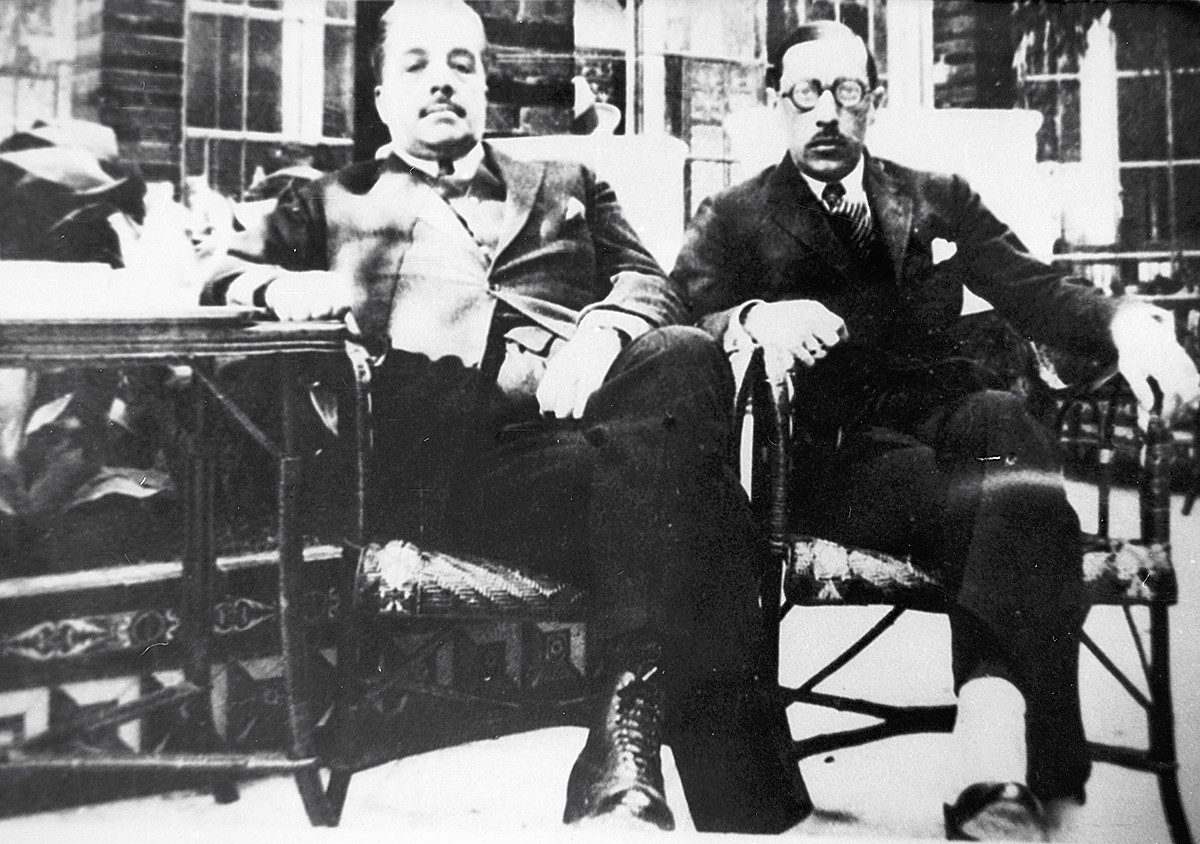 A truly transformative part in Stravinsky's life was played by Sergei Diaghilev, an impresario famous for promoting Russian art in Europe and America. After the first "Russian season" in Paris, he was looking for a piece that could surpass the triumph of the previous program. Choosing the Russian fairy tale about the Firebird for the plot, Diaghilev commissioned the young composer Stravinsky. His ballet The Firebird became the highlight of the 1910 season, and in 1911, Stravinsky's next ballet, Petrushka, was met with the same success. The composer became internationally famous overnight. He worked with Diaghilev until the latter's death. They had a difficult, sometimes painful relationship. But now both are resting side by side - in the Orthodox part of the San Michele cemetery in their beloved Venice.

4. He brought about an art revolution 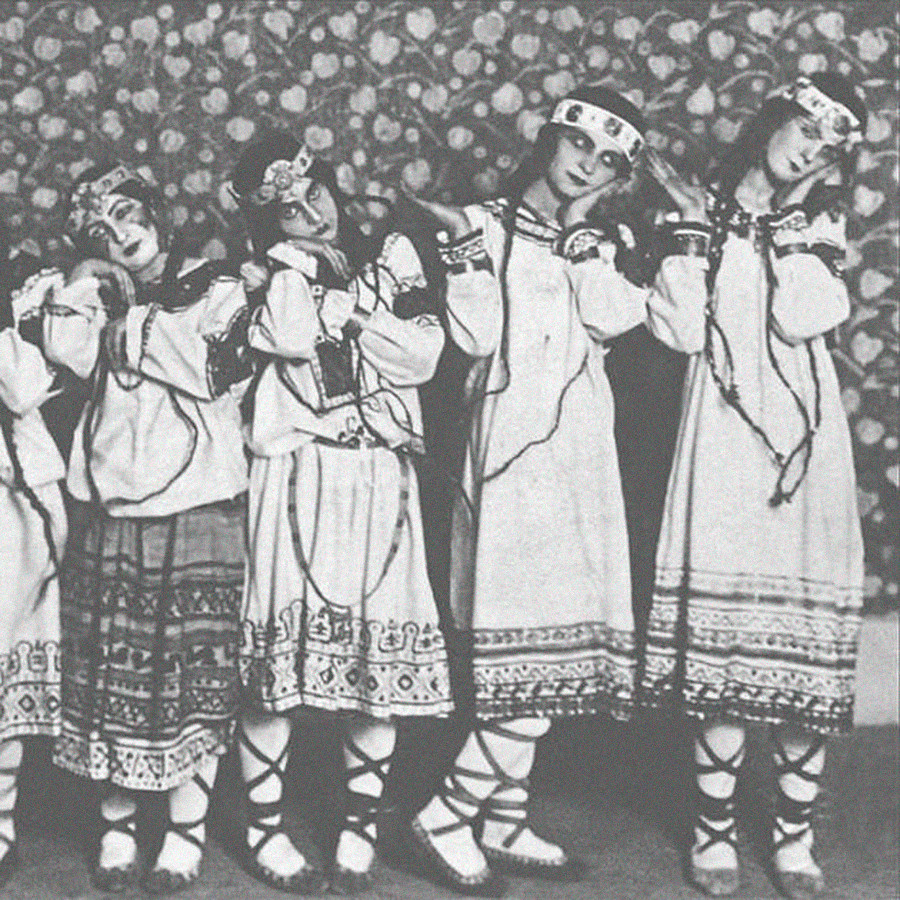 Dancers of The Rite of Spring ballet in costumed designed by Nicholas Roerich, 1913

May 29, 1913, is considered to be the starting point of the modern era in arts. That was the day of the first performance of The Rite of Spring, produced by Diaghilev's Ballets Russes company in Paris. Later the production’s creative team - Diaghilev, Stravinsky, artist Nicholas Roerich, choreographer Vaslav Nijinsky - would turn against each other, trying to prove their decisive contribution to its creation.

The dress rehearsal, which was attended by literally "the whole of Paris", ended in a huge scandal: the audience was whistling, shouting and beating each other with chairs, some in outrage at the ballet and others, in defense of it. Its depiction of pagan Rus turned out to be a complex work of the avant-garde. The ballet lasted only a couple of performances. However, Stravinsky's score became one of the most popular ballets, along with Tchaikovsky's The Nutcracker and Sergei Prokofiev's Romeo and Juliet.

5. He had three main periods in his artistic life 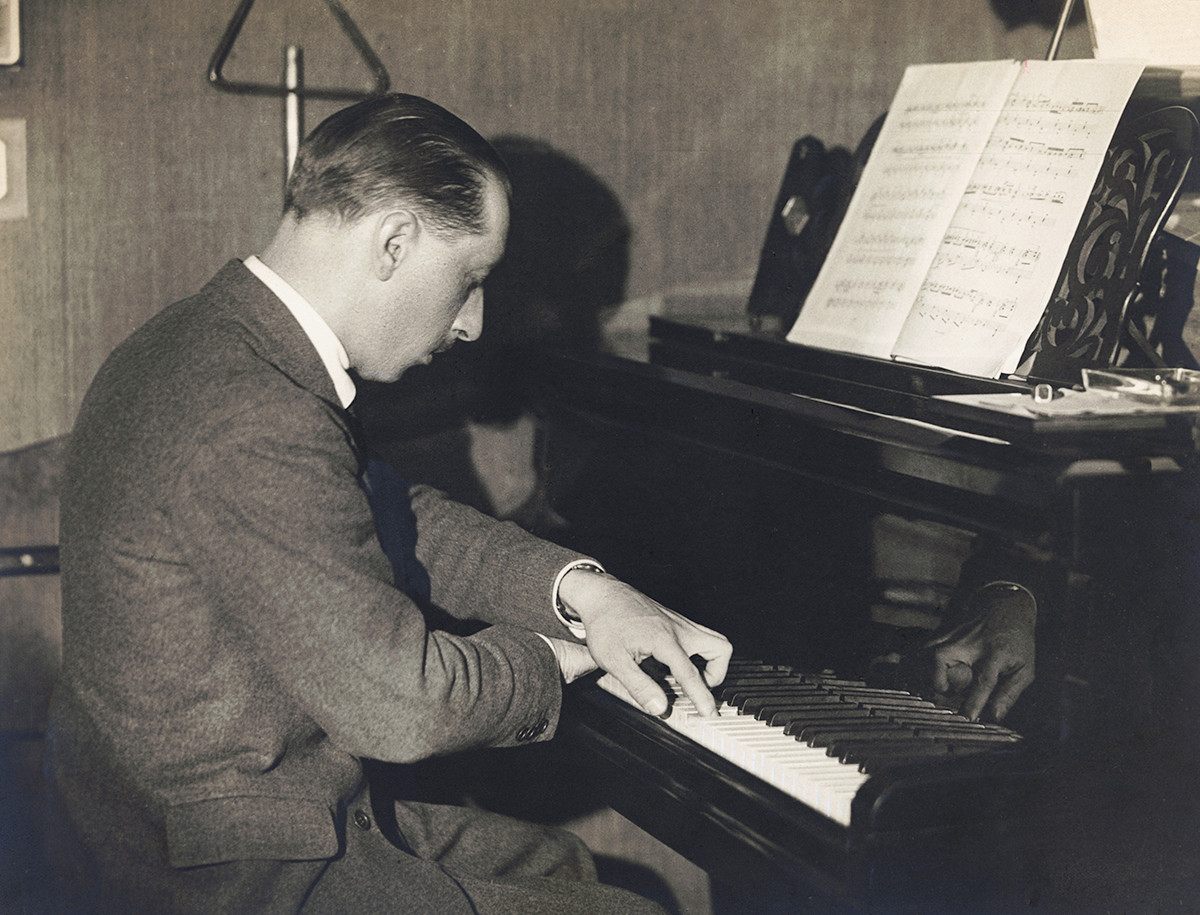 Stravinsky's musical career is traditionally divided into three stages. Its first decades are usually referred to as the Russian period, as the composer studied Russian folklore and experimented with its forms. The first ballets were followed by Les noces, Renard, the opera Mavra and others.

Then Stravinsky devoted several decades to neoclassicism, opening this phase in his career with Pulcinella, which was also staged by Diaghilev's company. The masterpieces of this period include the ballets Apollo, Le baiser de la fée, Symphony in Three Movements, Orpheus, Agon, the operas Oedipus rex, The Rake's Progress, and musical melodrama Persephone.

The later period is usually referred to as serial or dodecaphonic: it includes Threni and A Sermon, a Narrative and a Prayer, based on biblical texts and motifs, musical drama The Flood, and orchestral piece Variations: Aldous Huxley in memoriam.

6. He was one of the most prolific composers ever 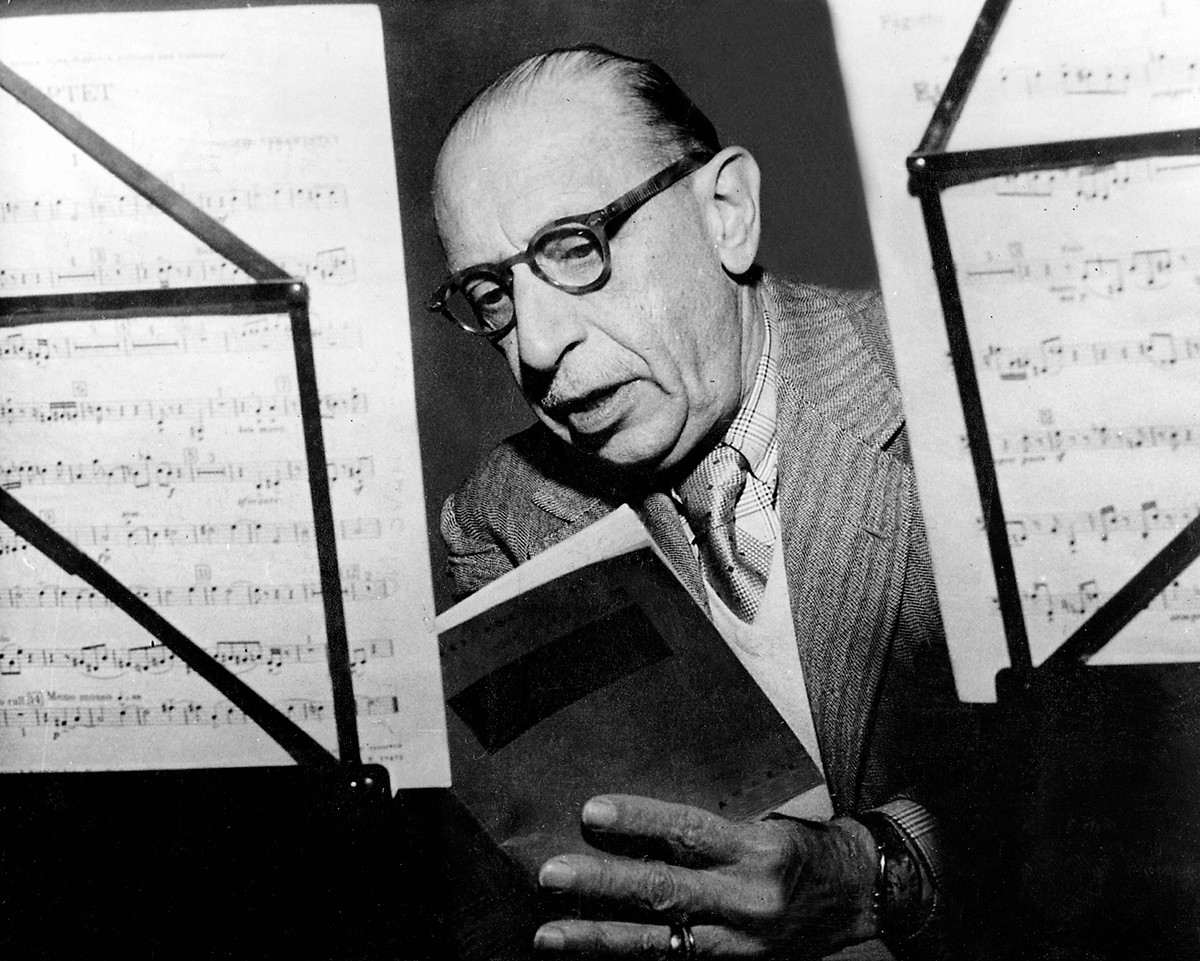 Stravinsky was one of the most prolific composers. His oeuvre includes over 7,500 pages of musical scores. He could work for 18 hours a day. His standard working day - even in old age – was 10 hours.

7. He had fantastic charisma 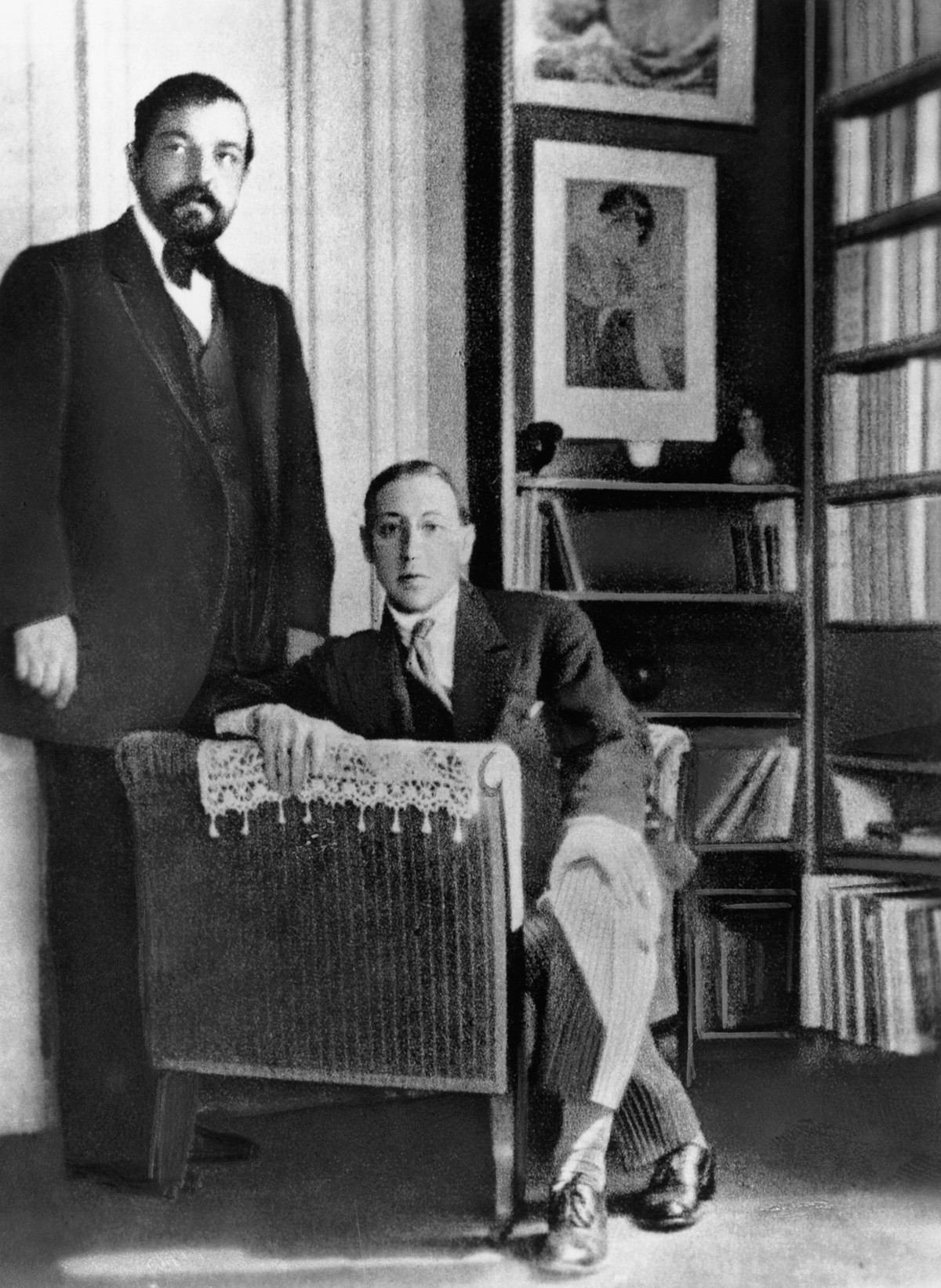 Like his parents, Stravinsky was an attractive figure for those around him, an incredibly charming interlocutor. He was friends with, among others, members of "Les Six", Claude Debussy, Marcel Proust, Pablo Picasso, Coco Chanel and Charlie Chaplin.

8. He composed works for the New York City Ballet 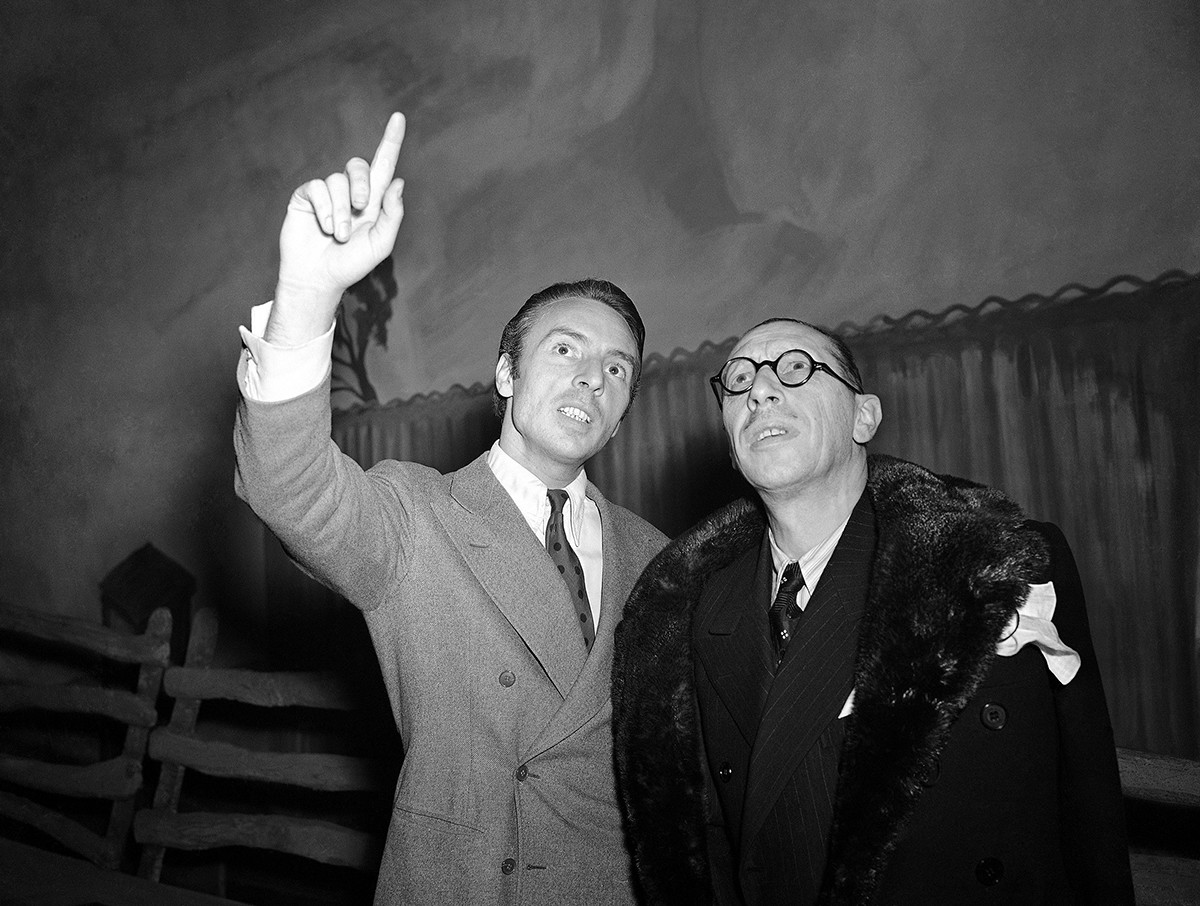 Stravinsky's long-term collaboration with the famous choreographer of Russian-Georgian descent George Balanchine, has been compared to the equally fruitful collaboration between Tchaikovsky and Marius Petipa. Their first joint production - Apollon musagete (also known as Apollo) that was staged in 1928 by Diaghilev's Ballets Russes – was followed by specially commissioned scores, new versions of the composer's old ballets and the use of his non-ballet music in Balanchine's productions. After Stravinsky's death, the choreographer and his New York City Ballet company twice hosted a festival of the composer's ballets.

9. After the Bolshevik Revolution, he lived in France and the U.S. 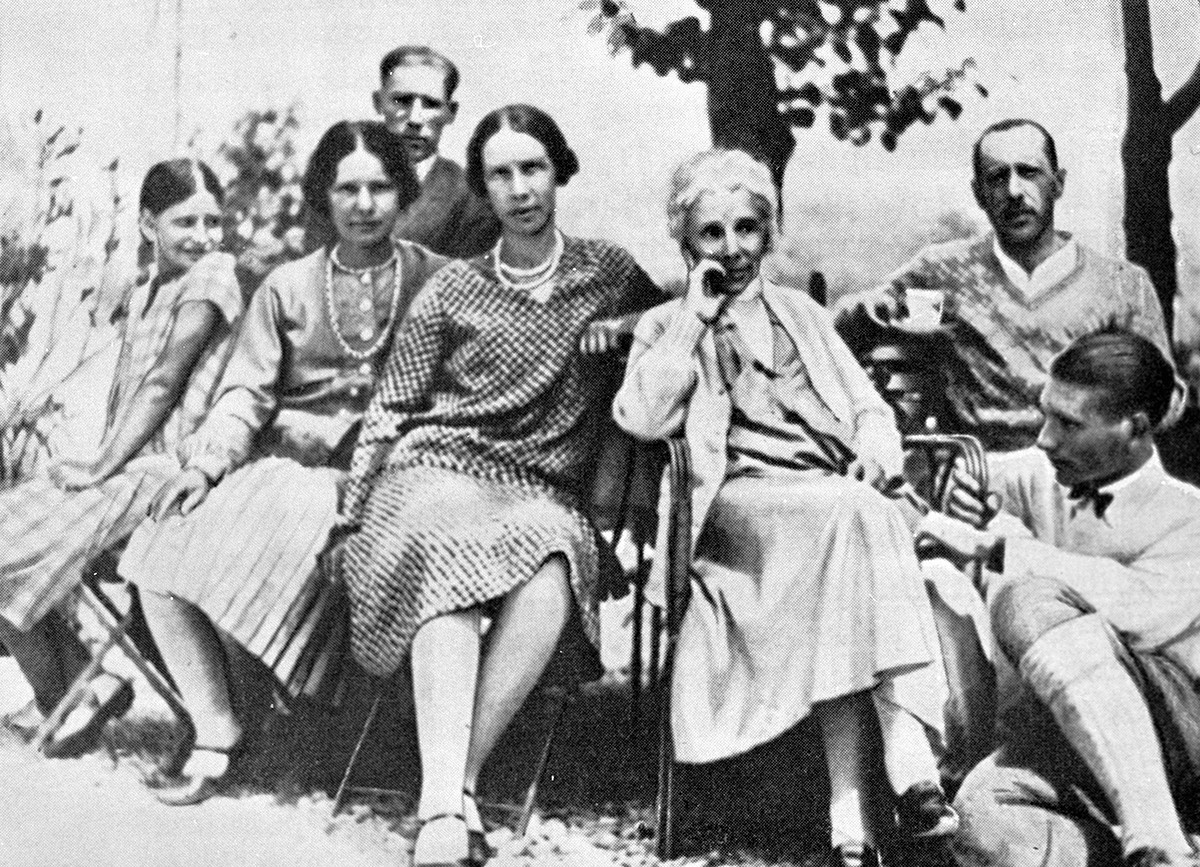 Igor Stravinsky (on the background, right) with family in Switzerland, 1929

Because of his wife's tuberculosis, the Stravinskys spent every winter in Switzerland. That was where they were when World War I broke out. After the 1917 revolution, the composer decided not to return to Russia. All his savings had been left in Russia and the family, which had four children, had to live in rather strained financial circumstances for a long time. In 1920, the Stravinskys settled in Paris, where Coco Chanel, a longtime admirer of the composer, helped them financially. After the death of his first wife and the beginning of World War II, which happened almost at the same time, Stravinsky moved to the U.S.

10. Stravinsky's works were banned in the USSR 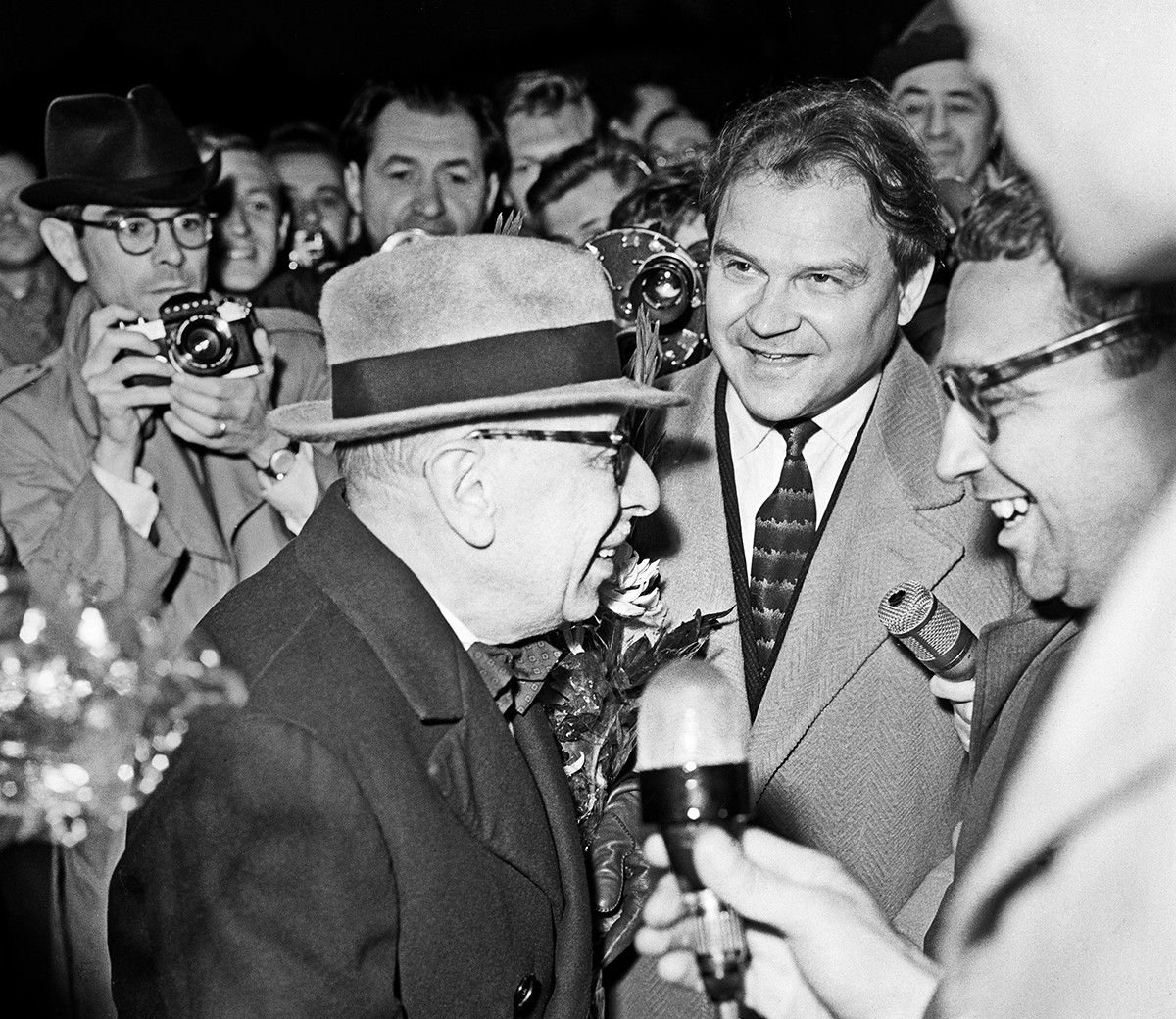 Stravinsky on tour in the USSR

The end of the "love affair" between Russian avant-garde artists and the Soviet regime in the late 1920s put an end to the composer's career in the USSR. It was only during the Khrushchev Thaw, in 1962, when - to mark the composer's 80th birthday - Stravinsky was invited to give concerts in Moscow and Leningrad.

Legend has it that the Soviet leader even invited him to stay in Russia, but Stravinsky returned to New York, where he died on April 6, 1971. In accordance with his instructions in his will, he was buried in Venice.