Among the Sami reindeer: Legends of the tundra 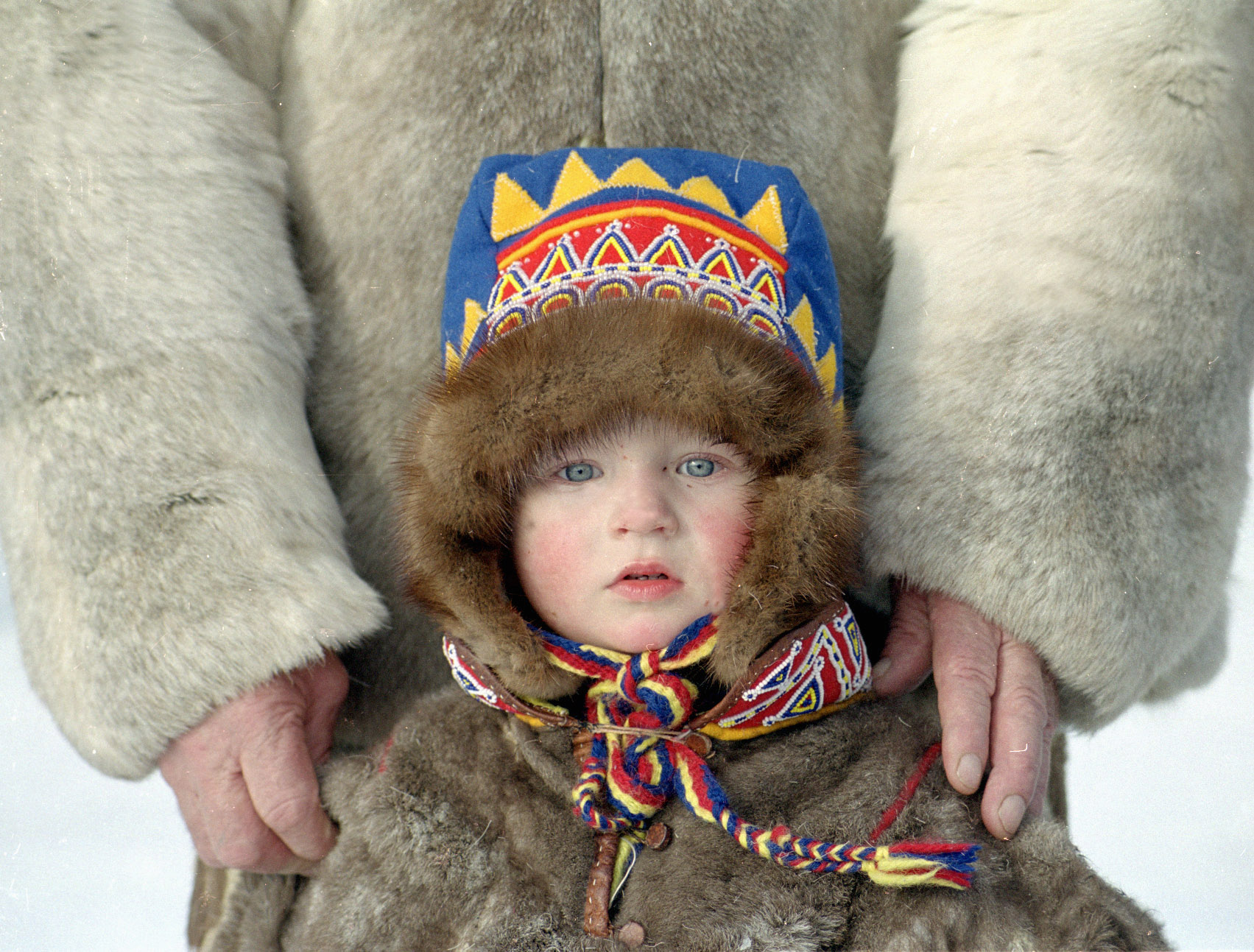 A Sami child in the Russian Far North.

“We are going to be displayed on Google after we get electricity," said an excited Ivan Golovin, standing in the middle of a street full of tents similar looking to temporary teepees, made of animal skins on wooden poles.

As Golovin spoke he breathed out little wafts of steam. We are in the heart of the tundra near Murmansk in Russia's Far North. The first Sami tourist village Sam-Syyt (meaning "Sami village") is located here. The Sami people, including Golovin, are developing the village themselves. Golovin is chairperson of the Russian Sami Community. 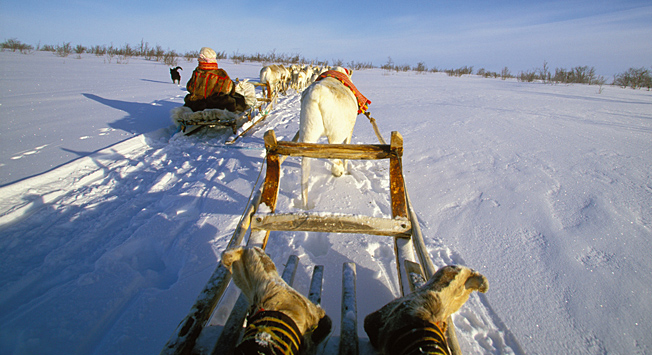 The Sami (also Saami and occasionally Lopari) are an indigenous tribe of people who live in the Murmansk Region and can also be found in Norway, Sweden and Finland. According to the Russian Sami, despite the need for visas, long distances and many years of isolation, they still understand the language of their people in other countries.

During the Soviet era, the Sami forgot their language and traditions. Sami children were forced to learn Russian in school and to forget their native tongue. Those who continued to speak the Sami tongue were punished. Soviet authorities feared that the Sami would attempt to establish their own state or join Finland.

Today, however, it's trendy to be a Sami, although there are not more than 2,000 of them left in Russia. They make up Russia's smallest national minority and are concentrated around the settlement of Lovozero and in some neighbouring Sami villages.

To feed or to eat a reindeer? 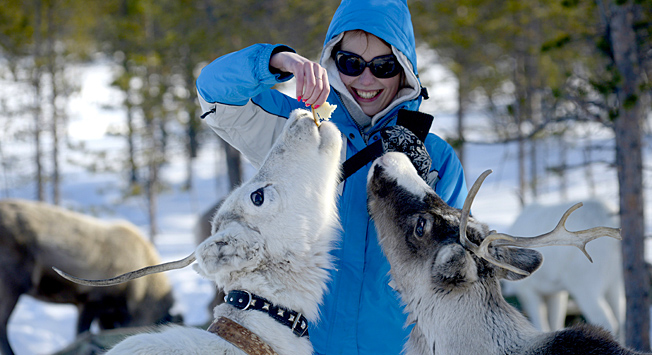 The most precious and prized possession that the Sami people have is the reindeer. It is possible to feed these elegant animals and stroke their fancy antlers in the Sami villages. A word of caution: when feeding reindeer it is important to remember not lift your arm too high or else they will place their hooves on your shoulders and grab the treat!

The villagers encourage visitors to praise the incredible power of these northern animals: just a couple of them can easily carry six people on a sled through the tundra.

After developing a bond with these animals it may seem a bit discourteous, but visitors are offered reindeer meat for lunch. The traditional soup vyar is made with reindeer meat and reindeer sausage production is in the works as well. One can also taste lim, a traditional fish soup, and pakula, an herbal tea, which is served from a 200-year old teapot with cloudberry jam.

This menu might seem disrespectful, but Sami people do not hesitate in explaining the importance of the animal in their lives.

"The reindeer gives us food, drink, remedies, it is our transport and clothes," says Vitaly, a local herder. He adjusts his reindeer skin pants. 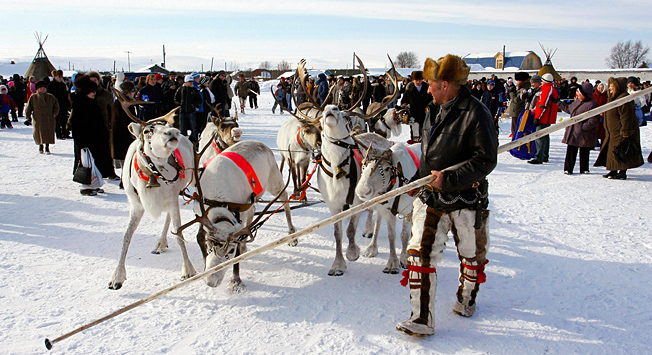 There is a special word in the Sami language that describes the deep stillness that appears before reindeer arrive. The legends tell about the Sami totemic primal forefather Myandash, a reindeer-man, who taught Sami people the art of hunting. The entire Sami calendar is structured around reindeer and Sami men spend nine month of the year in tundra.

How to find love in the tundra 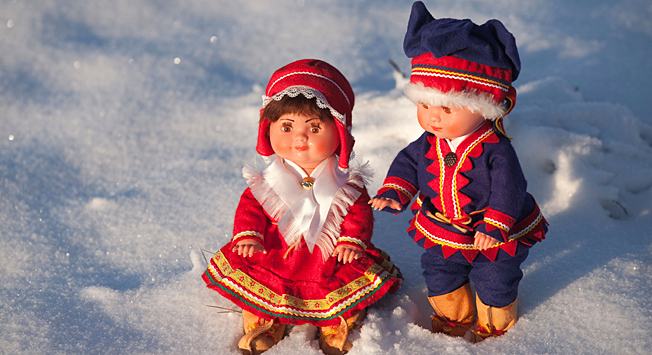 During the remaining three months of the year local men have to settle all domestic concerns, including finding a wife. Here another animal – the bear – comes to the rescue. Vitaly, our reindeer herder guide, is carrying a bear penis on his waistband. He says that due to this amulet he has married for the third time.

"When I got married for the first time I was too young," Vitaly says. "I spent years in the tundra and my wife couldn't wait for so long. With my second wife we were just too different from each other. My third wife walked 50 kilometers (31 miles) to find me in the tundra. This is real love."

You can find love (and not only love) in the Sami village. In the village there's an enchanted alley of idols where you can find one that suits your needs such as happiness, luck, love, fate, health or the four elements. You can gain the idol’s favor by giving it a yellow coin and hugging it tightly. To be on the safe side, buy an amulet that an old shaman woman living in seclusion for a few years has put a spell on. 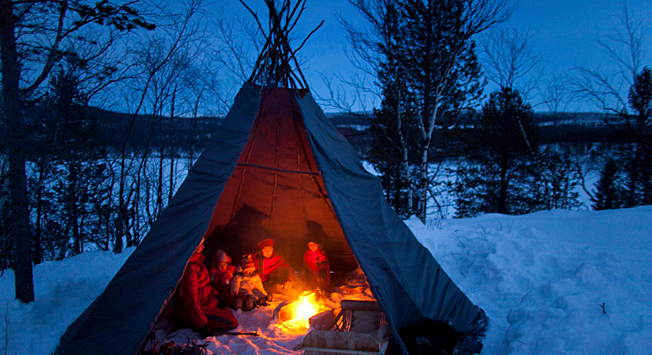 Shamans have a tremendous influence on the Sami people up until the present day. The shaman is the guide between the three worlds: upper - the heavens, lower - the underworld and middle - the earth. According to local Sami, Tibetan shamans helped them choose the location for the village.

Golovin says that the Tibetan shamans performed a ceremony.

"Three hours of my life were erased," Golovin says. "It was a real witch sabbath. But they said that the aura was clean and that the village would prosper and would have many residents. So our village is growing in a place with a clean aura."

The authors would like to thank the German-Russian Forum for help in preparing this article. ​