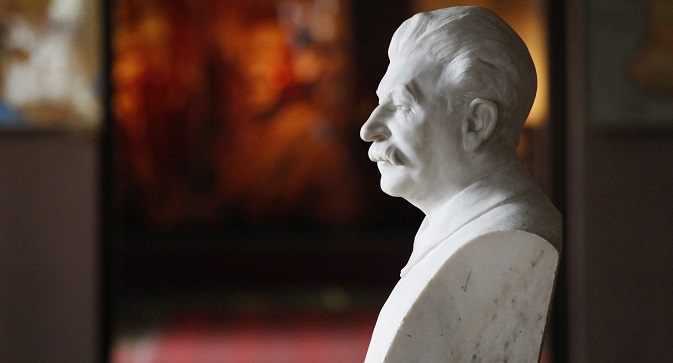 Stalin happened to be the helmsman during a great crisis. Source: AP

Joseph Stalin’s indecision and blunders in the weeks leading up to the German invasion in June 1941 paralysed the Russian Armed Forces and nearly cost his country the war.

It is arguable if any army could have stopped the German blitzkrieg of 1941. For the invasion of Russia, codenamed Operation Barbarossa, Adolf Hitler allocated over three million German troops, or 140 divisions, complemented by 40 more Finnish, Romanian and Hungarian divisions. This invasion force was supported by over 2000 combat aircraft and 3500 tanks.

Blitzkrieg had flattened Poland in a matter of a few days, and it had clobbered France and forced hundreds of thousands of British troops into a humiliating retreat. But the Soviet Union with its vast industrial reserves and population was another ballgame. Its commanders were experienced and brilliant. Moreover, under the charismatic General Mikhail Tukhachevsky, the chief of the Red Army, Russia had embarked upon a successful rearmament programme.

However, Joseph Stalin’s vacillation allowed the Germans to enter hundreds of kilometres into Russia. In 1941, when Russian generals, foreign diplomats and intelligence agents talked about a German invasion, the dictator dismissed them in a cavalier manner.

Despite mounting evidence, Stalin refused to face reality. American author Edwin P. Hoyt writes in his book, 199 Days - Battle of Stalingrad, that on June 21, 1941 a German deserter informed a Russian frontier commander that his unit was to go into action against the Russians at dawn. “Just a provocation,” Stalin snorted. It was only when his generals proved insistent that Stalin reluctantly authorised an alert, but he practically nullified it by adding that he expected a series of provocations.

The Russian generals on the front were perplexed. If the Germans attacked were they allowed to shoot back? And in fact on some fronts, such as the Baltic area, the commander ordered his men not to fire.

In the 1930s, public anger had been building up because of Stalin’s economic policies, which had resulted in large-scale famines and displacement of millions. In 1937, believing his grip on power was in jeopardy, he ordered a sweeping purge of the Red Army and Red Navy officers corps. More than half the Russian officer corps, some 35,000 experienced men, were executed or banished on entirely trumped up charges.

Many of the finest military minds were lost to Russia. General Tukhachevsky, for instance, had developed advanced strike tactics that were later incorporated in the Red Army’s books. But as Stalin grew envious – and afraid – of the extremely popular general, Tukhachevsky was denounced as a traitor and shot.

The remaining ones lacked experience, and their fear of Stalin had reduced them to nervous wrecks.

When the Germans attacked, in the absence of clear orders from Moscow, these officers did nothing. “So fearful were the generals of Stalin they would do nothing to provoke their leader. If they shot, they might be shot,” writes Hoyt.

The Germans struck at 3:15 on the morning of June 22. Even when told that Germany had formally declared war, Stalin refused to believe it, and issued a bizarre order: German attacks were to be repelled but not returned.

(In fact, Stalin totally misjudged Hitler’s intentions. He trusted the German leader and believed it was the German generals who wanted to invade Russia, when it was exactly the other way round.)

Joseph Stalin's funeral: how it happened

By the time Soviet armoured divisions were called into action it was too late because not one of the divisions was ready. Personnel were on leave, vehicles were under repair. Much of the Red Air Force was destroyed on the ground. Most of the 50 divisions covering the approaches to Moscow were encircled and destroyed by panzer columns in a week. General Dmitry Pavlov, the commander of this force, and his staff were immediately arrested, transported to Moscow and shot at Stalin’s orders. A second purge seemed imminent, as a fresh wave of arrests of unsuccessful commanders by the NKVD, the then secret service, started. It’s a miracle the Russian soldier was able to fight at all under such duress.

And what was Stalin up to? Hoyt writes: “Stalin left the Commissariat of Defence that night of June 22 and returned to his dacha at Kuntsevo. No orders were given, no word came from the dacha. Stalin was completely paralysed with shock and incapable of action. For a week he hid in his country retreat and abandoned all his responsibilities, and the government was run by Marshal Timoshenko and General Zhukov.”

What was Stalin doing in his seclusion? Many experts believe he had suffered a nervous breakdown. He felt betrayed by his “friend” Hitler. But within weeks the dictator recovered. He became a transformed man, and throughout the war remained a supremely confident leader, even as his opponent, Hitler, crumbled under the Russian counterattack.

Again, as the rest of the government was evacuated from Moscow, Stalin remained in the Kremlin and begun to take control of the war effort. Firstly, he organised the orderly transfer of industry from the European part of the country to the east of the Urals, beyond the reach of German bombers. Secondly, competent military commanders such as Zhukov – who had earlier been shuttled from front to front – were placed in charge of strategy. Finally, Stalin decided to forge a formidable nationalist morale out of the traditional religious and patriotic sentiments of the Russian people.

It is said a blunder in strategy cannot be undone in the same war. Stalin’s blunder in misjudging Hitler could have proven to be catastrophic but he fell back on his generals like Zhukov, Konev, Vatutin, Rokossovsky and Timoshenko to turn defeat into victory.

On July 24, 1941, a Soviet soldier named Yakov Djugashvili was captured by the Germans in Smolensk. For two years he languished in POW camps. TIME magazine reported what happened to this soldier: “On the evening of April 14, 1943, a Russian prisoner burst from his barracks in the Nazi concentration camp at Sachsenhausen near Berlin. The prisoner reached the camp fence, then turned around and defiantly called to a nearby SS guard: ‘Don’t be a coward. Shoot, shoot.’ When the prisoner made a grab for the fence, the guard fired one bullet. It instantly killed the elder son of Joseph Stalin.”

The German military command had suggested Stalin could get his son back in exchange for Field Marshal Friedrich Paulus, captured after the battle of Stalingrad. “I will not exchange a soldier for a field marshal,” Stalin reportedly replied.

It’s difficult to say if the dictator had any feelings, but his ‘sacrifice’ boosted morale among the rank and file.

As the Russian juggernaut rolled across Europe, Stalin told his allies to wake up to the new reality of post-war geopolitics. At the Tehran Conference in 1943 and the Yalta and Potsdam Conferences two years later, he forced US president Franklin Roosevelt and British prime minister Winston Churchill to accept Soviet dominance of Eastern Europe, sealing a Russian empire that extended from Central Europe to the Pacific Ocean.

Stalin was a Georgian. But he turned to “Great Russian” nationalism to strengthen the Soviet regime. According to Encyclopaedia Britannica, “During the 1930s and ’40s he promoted certain aspects of Russian history, some Russian national and cultural heroes, and the Russian language, and he held the Russians up as the elder brother for the non-Slavs to emulate. Industrialisation developed first and foremost in Russia.”

Stalin’s role in WW II will always remain controversial. On one side there are those who admire his stoic conduct during a life and death struggle. His unwavering leadership, they argue, inspired millions to fight despite the hardships and the odds.

However, others claim Russia would have won the war without Stalin. In fact, they say Russia won despite Stalin. This year on February 2, the day of the German defeat in Stalingrad, the decision by lawmakers in Volgograd to use the city’s former name Stalingrad on specific days, angered many Russians. Russia’s human rights ombudsman, Vladimir Lukin, said Volgograd’s decision “is an insult of the memory of those who died”.

However, any attempts to demonise the dictator must be tempered by the fact that his contemporaries, Churchill and Roosevelt, were no angels either. In 1943 Churchill diverted food from India to British soldiers and stockpiles in Britain and elsewhere in Europe, resulting in the deaths of four million Indians. (Ironically, millions of Indian soldiers were fighting on the side of Britain.) Roosevelt did nothing to bomb the railroads that transported Jews to death camps in Poland and Germany. America’s callous response to the Holocaust was a result of Roosevelt’s personal dislike of Jews.

Strictly looking at his role in the war, Stalin happened to be the helmsman during a great crisis. Like any other leader would have, he rode the unstoppable Russian juggernaut. Stalin or no Stalin, the end result would have been no different. For, Germany’s fate was sealed the day it crossed Russia’s borders.