Soviet spiel: Why the USSR produced ads for non-existing products 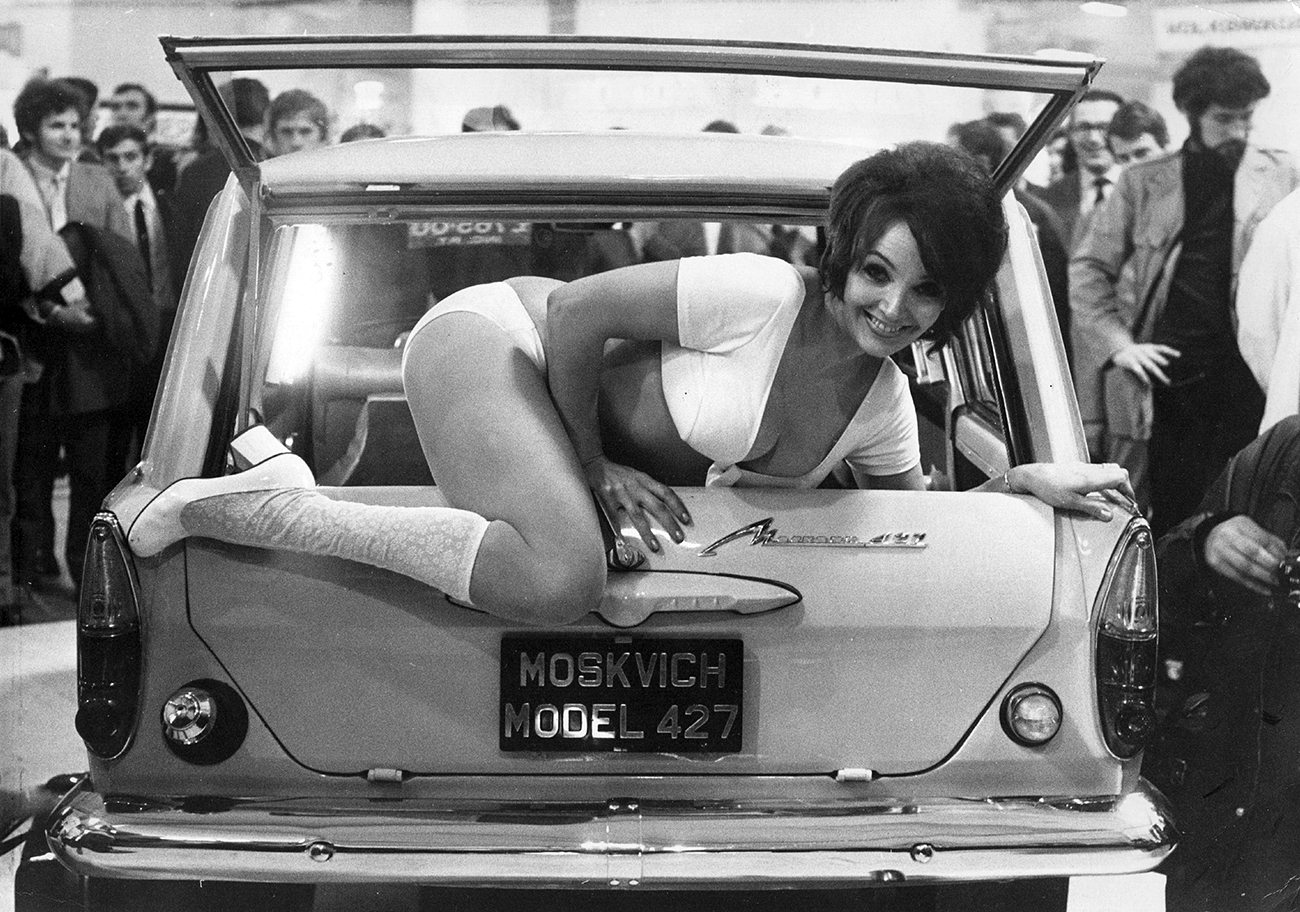 Not all Soviet commercials were made for non-existent products.

Getty Images
Because the government required all companies to spend one percent of their revenue on advertising, the Soviet Union’s sole ad agency churned out hundreds of commercials pitching imaginary products.

Who in his right mind would produce a TV commercial for a product that does not exist? Between 1967 and 1991 the Soviet Union’s sole advertising agency produced literally thousands of commercials, pitching products that state owned companies did not produce and had absolutely no intention of producing.

From minced chicken to hot air showers and double layered toilet seats, the Estonia-based Eesti Reklaamfilm (ERF) made over 6000 commercials for all manner of goods – both real and fictitious.

In a consumer orientated capitalist society, advertising is about getting people to buy your product instead of your competitor’s. But because of the absence of competition in the communist system, television advertising had a totally different purpose and role.

According to the Australian magazine Smith Journal, “Its objective, in the simplest sense, was to project a narrative of abundance onto a population that was accustomed to experiencing scarcity.”

The brain behind ERF

The key figure in this bizarre episode was ERF founder Peedu Ojamaa, who produced propaganda films for party officials.

ERF landed a windfall when Moscow mandated that all Soviet companies had to spend one percent of their revenue on advertising.

ERF and the Soviet companies it represented did not work together the way clients and advertising agencies do in a market economy.

Under the Soviet system, the company bosses, who were essentially communist party flunkies, would hand Ojamaa a script, which offered a guide for ERF to work on.

But the creatives at ERF produced whatever ads they wanted, and when the party bosses reviewed the films, everyone pretended everything was just fine.

Basically, nobody cared. After all, if the products were real, they would sell anyway in a country where shortages were widespread. If the ads were pitching ghost products, it again didn't matter, as there was nothing to sell.

Hardi Volmer, who co-directed a documentary about ERF entitled The Gold Spinners, says in an interview to the Prague-based Institute of Documentary Film: “So if there was a fixed plan that 1 percent of the budget of every Soviet company was to be spent on advertising, then the money had to be spent. Whether the clips were of high or low quality, or whether they worked at all, no one cared, really.”

A flood of commercials

Clearly, it was win-win for the guys at ERF. With its monopoly over the ad scene, ERF produced 130 commercials in its first year.

According to South Journal, “Most products were portrayed in a way that made them seem as if they were utterly cutting edge. 'It’s easy to use,' spouts an actor in one commercial about margarine. 'Just spread it on a slice of bread'!”

No idea was too weird or costly. “Milk advertisements were made against the background of the glamorous Alps; Soviet cars were shown meandering through the streets of Paris; and Estonian actors were transported to faraway bazaars just to be captured eating a couple of grapes.”

For the Soviet companies, who were under pressure to spend 1 percent of their total budget on this new medium they didn’t begin to comprehend, it presented unique problems.

For instance, if your product is still on the drawing board and you don’t even have a name for it, how do you advertise it?

Plus, since the inefficiency of the Soviet consumer goods industry was legendary, the time to market of any planned product was unpredictable as well. ERF’s solution was to make a “fun story” without showing the product.

Entertainment for the Soviet public

As far as the long-suffering Soviet public was concerned, the ads were confusing but enjoyable. In their view, if the goods were of good quality, why was there a need to advertise them?

Quality products quickly disappeared from Soviet shelves and were usually hoarded. The general consensus across the country was that the products being pitched must be shoddy.

On the flip side, the ads became wildly popular. Unlike in capitalist societies where people take a break during the ad break, in the Soviet Union, viewers would wait for them.

On Saturday afternoons, families would wait for their favorite television program – a 20-minute block of ads played back to back.

It was make belief at its best – the ads took Soviets citizens away from the mile long gas queues, the half empty supermarket shelves and transported them into a world where the sun was always shining, the music was catchy and the women were beautiful – even semi-erotic, as in the ‘Pinguin’ ice-cream ad.

“The Soviet ads simply ignored the idea of selling a product or targeting certain consumers, thus making the ads themselves the product to be consumed,” says the website Retro Soviet Ads.

ERF milked the system in other ways as well. For instance, it would shoot commercials in a documentary style and get paid extra. According to Kiur Aarma, who co-directed The Gold Spinners, the main reason for this was financial.

“In the planned economy every product or service had its own fixed price, set somewhere at some ministry. As the commercial films were something completely new as a notion, they didn't have that fixed price for them. So the producers from the ERF described them as 'documentary films' – and got paid for every 2-minute clip as they would have been paid for a 60-minute documentary film.”

ERF’s prodigious output drew international attention and in 1985 it was invited to the Cannes advertising festival, where it bagged the Bronze Lion for an ad about conserving energy at home.

Even in that moment of crowning glory there was irony as the Soviet Union was the world’s largest producer of energy and its second largest exporter. Conserving energy was way down the list of priorities in the Soviet Union.

ERF’s unlimited gravy train, however, crunched to a halt when the command economy imploded. The ad agency couldn’t cope with the newly unleashed free market and went bankrupt in 1992. Ojamaa died in 2014.

Of the nearly 6000 commercial films shot, only 5 percent – at most 300 films – were preserved. Clips from ERF films found their way to the Hollywood movie Borat.

In the end, the ads were the “lacquer on the surface of the rotten system,” says Aarma. “No one would actually believe that all this stuff existed if we didn't have it in our archives.”