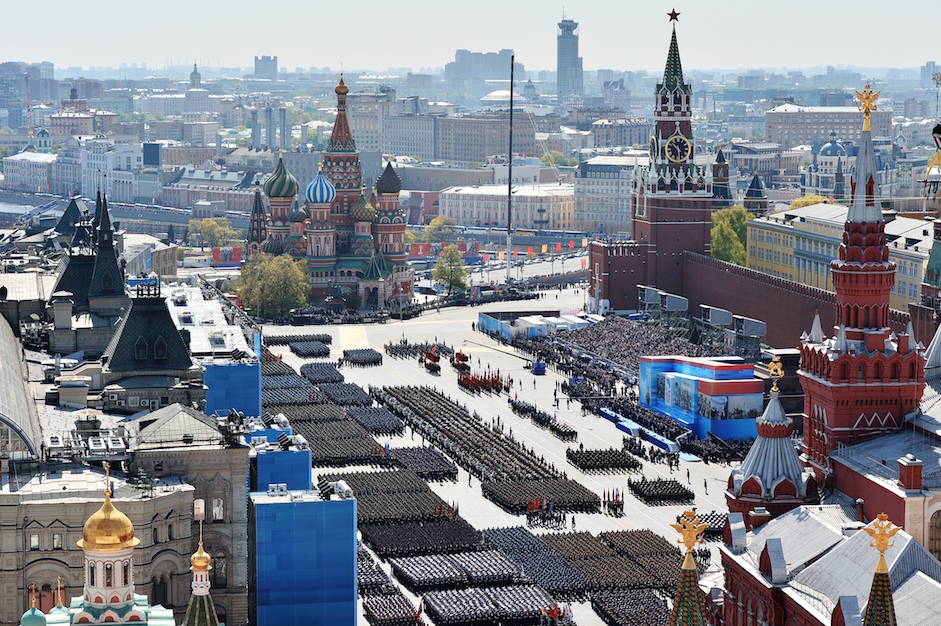 Maxim Blinov/RIA Novosti
Victory Day evokes much stronger emotions and sentiments among the Russian people than Independence Day does in India, largely because of the way that history is taught in schools in Russia.

Across the length and breadth of Russia the one sight that is more common than a Lenin statue is a World War 2 memorial. No matter how small a town or village is, it has an eternal flame and a plaque with the names of those who died defending the country against Nazi Germany. Unlike the Lenin statues, which are a cause of much debate, the Victory Memorials are revered by just about everyone in Russia.

No country suffered more casualties or damage than Russia (and the rest of the Soviet Union) during the Second World War. 27 million people were killed in the USSR during the conflict that is called the Great Patriotic War in Russia. Most of the European parts of Russia were completely destroyed and an entire generation of men was almost wiped out.

It is indeed a wonderful experience to be in Russia for the Victory Day holiday (May 9). I got goose bumps the first time I saw illuminated red stars on the streets in 2003. It was only then that I realized that I was in the country that saved the world from Adolf Hitler.

On my first Victory Day, I understood what exactly the holiday meant to the residents of Yuzhno-Sakhalinsk. Large bouquets were laid by the war memorial and it felt like almost the entire population of the town turned up for the memorial service and festivities.

Then there was the tradition of watching the May 9 parade in Moscow, 7 time zones away. Television channels also show a host of old and new films about the war in addition to special cultural programs.

There are some great films that depict the Second World War and its impact on Russia. Sergei Bondarchuk’s 1959 film ‘Destiny of a Man,’ can move anyone to tears.  Such films also highlight the horrors of Fascism and hate-based ideologies.  Bondarchuk’s classic depicted the Holocaust and Nazi German concentration camps long before Hollywood got into the act.

The spirit of the Russian people is evident from the fact that the country was up and running and prospering just a few years after the war ended. A large part of the reconstruction of the country and hard labor was undertaken by women. I am in no way endorsing the systems of Stalinist Russia but it’s with amazing speed that the country went from devastation to becoming a superpower.

Victory Day evokes much stronger emotions among the Russian people than Independence Day does in India, largely because of the way that history is taught in schools in Russia.  Russians know their history and how it was the sheer unity and determination of the people at large that helped the country defeat Nazi Germany.

Unfortunately history books in India have been so politicized that many great heroes of the country’s independence struggle remain unsung. If more children in India understood the sheer sacrifices that were made by our freedom fighters to free the country from colonial tyranny there would be a lot less young people who want to migrate to greener pastures.

Young Russians have a greater understanding and sense of gratitude for what they have and what it took to get what there. This is why there is a greater attachment to the country and the number of people that want to immigrate to the West is much lesser than in India.

I remember seeing a large and touching sign in a town near Voronezh.  It portrayed a message from those who fought in the Great Patriotic War.  It was on the lines of ‘we fought and died to protect our land so you could live here.’

It’s such signs and an education system that imparts the right values that make young Russians want to stay in the country and help it continue to progress.

I am all for freedom of movement and the right for people to be global citizens.  I just rue the fact that many of the brightest minds in India still feel the need to look for greener pastures when they could be the force that turns the country into an economic superpower. This can definitely be India’s century if we have the youth of the country on board.

It all begins from schools, where a better and non-political history syllabus would educate children about the real heroes of the independence struggle, that is the millions of freedom fighters who gave up the better part of their youth for the cause of India’s freedom.

When it comes to imparting the right kind of patriotic values in schools, India can take a leaf out of Russia’s book.

Victory Day unofficially heralds in the most beautiful time to be in Russia.  With warmer weather and long and extended days, May is the by far the best month to be in the country.