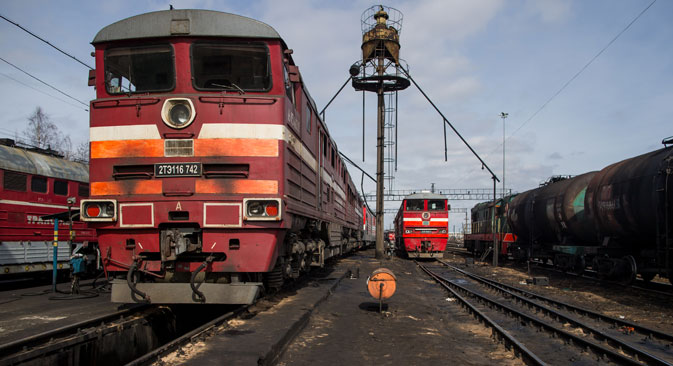 Eastern promise: freight trains at  sidings in Siberia. The expansion plans have been criticised as 'utopian.' Source: Max Avdeev

Railways across Siberia and the Far East might become alternatives to the sea route.

An ambitious program of railway expansion in Russia’s Far East opens up the prospect of creating rapid new trade routes between Asia and Europe. At least $17bn is to be invested in modernising the ageing Baikal-Amur (BAM) and Trans-Siberian railways. Supporters of the plan say that it will create a total of half a million jobs and boost industry in Siberia and the Far East region, pointing out that there is already a shortage of rail capacity for transporting freight.

Described by former Soviet leader Leonid Brezhnev as “the construction project of the century”, critics recall the building of BAM 50 years ago. When the Soviet Union was dissolved, many mining and industrial projects in the region were cancelled and the line was greatly underused. The controversy over the project is similar to arguments in Britain over the pros and cons of building the high-speed HS2 railway between London, Birmingham, Manchester and Leeds. 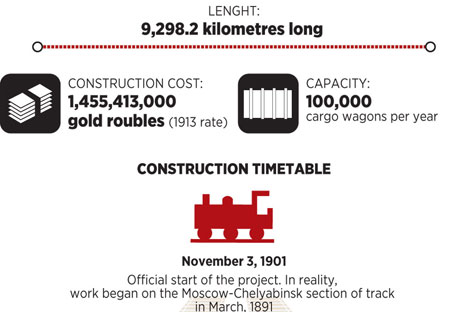 In addition to upgrading tracks to increase freight capacity, the work could greatly shorten the route for delivering goods from Asia to Europe. This may be reason enough to build BAM-2, as the modernisation is being called, and to extend it from the present terminus at Sovetskaya Gavan to Sakhalin Island off the Far East coast. The government is not deterred by the project’s lengthy repayment period, which nobody dares to calculate exactly: it could be 50 years or more before the railway pays for itself.

“To do that, first the infrastructure backwardness has to be overcome, long-term and costly investments need to be made in the railways and customs services must be improved,” he says. This overland route, he notes, would go a long way towards eliminating the risks from piracy, unstable regimes and natural disasters that bedevil the sea route. 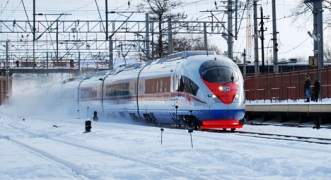 The idea has support among some Russian businessmen. Ziyavudin Magomedov, owner of the Summa Group, which manages ports in the Far East, the Baltic and Black Sea as well as the Fesco transport group, is vigorously promoting the project. He blames slow processing of goods at customs and port services for making the Russian route to Europe less competitive than other options. A container is held at customs in the Far East port of Vladivostok for 13 days, then takes another four to five days to be processed through the port. In Singapore, by contrast, a container is held at customs for only about two days and moved through port on the same day it is released. Russia is also losing out to its closest rivals, Shanghai in China and the port city of Pusan in South Korea.

Mr. Magomedov believes that less than 1pc of all Asian freight goes to Europe via Russia at present. His company argues that the proportion could be increased fivefold, with each additional percentage point yielding an extra $1bn for the Russian economy.

More than 90 percent of freight is moved around the world by sea. Mikhail Burmistrov, general director of the market research firm Infoline Analitika, is sceptical that rail can become a serious competitor, arguing that larger vessels and containers mean that modern ships can carry far greater loads than trains, while charges for sea transport are much lower.

“Under other economic conditions, the Trans-Siberian Railway made economic sense: in the late Eighties, it carried huge amounts of freight and paid its way. Now everything has changed and it is utopian to talk about railway competing with the sea,” he says.

Daniil Rybalko, transport director with FM Logistic, says that moving freight from Pusan to Vostochny port at the eastern end of the Trans-Siberian Railway, to be transported on to the European Union, takes about 36 hours and costs about $500 per container plus the price of rail freight. Transporting by sea from Pusan directly to Hamburg would be cheaper: a total cost of just $700.

Although the idea of railways challenging waterways is not new, it has not been put into practice anywhere. Proposals often have more to do with politics than economics. When a project was announced in Colombia, for instance, observers noted that the country was trying to attract more American investment by raising the specter of Chinese expansion. Allegedly, China had agreed to finance the railway plan.

In Nicaragua, Honduras and El Salvador, the “dry canal” idea as an alternative to the Panama Canal has been dusted off regularly for about 20 years, usually in an attempt to woo voters at election time.