London takes a seat at the Russian table 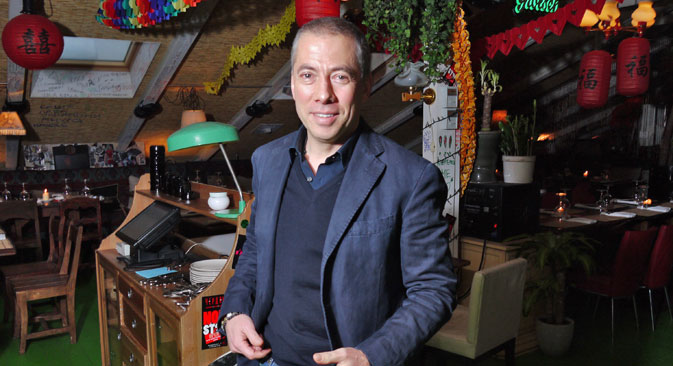 From Ping Pong to Burger & Lobster, Russian business thrives in the London eating out market.

Arkady Novikov, Mikhail Zelman, the Ginza Project holding - the leaders of the Russian dining industry appear set to conquer London. Surprisingly, out of all of them, only Ginza Project’s Mari Vanna ventured in the realm of Russian food restaurants. The rest appeal to the notion that the spirit is the main Russian element needed to build a good business.

From launching Asian cuisine temples to selling lobsters, from developing restaurant chains to erecting one-off vanity projects, Russian entrepreneurs are approaching the London market multilaterally. Critics either love or hate them, but none of the Russians’ creations lacks attention. They are extensively talked about – and fully booked.

Being hard-headed professionals, Russian restaurateurs are tactical, yet keen to experiment and take risks.

Five most Russian restaurants in London

The fearless Arkady Novikov took over a 1800 sq metre surface in Mayfair to build his very first and very sophisticated London eating house. Behind the Novikov doors are three restaurants – the Asian and Italian rooms and a Lounge Bar.

This expensive and ambitious project got devastating review from The Guardian after its debut in 2011. Disaster turned into success fairly quickly, however. To date, people continue to queue outside its doors and the place makes about £25m a year. The owner has already opened two other sites – the steakhouse Rextail, next to Novikov, and the Brompton Asian Brasserie in Chelsea.

Unlike Novikov, Mikhail Zelman has been repeatedly praised by critics. In 2008, his first Goodman steakhouse was given one Rosette Award for culinary excellence and was listed by ZAGAT among the best London steakhouses.

“London is a city where trends are born, the market is the most competitive here,” said the business owner in an interview with Forbes.

Do one thing and do it well

According to Zelman, the secret to success is offering the right thing at the right time.

When he started his project, the British meat market was relatively poor, so Zelman took a risk importing higher quality meat from the US to offer better products to local meat lovers. The strategy paid off – Goodman has now become a chain with three restaurants in London and more set to open in the future.

Meanwhile, Zelman’s “mono-product” restaurant strategy continues to prove successful. In 2012 he launched Burger & Lobster, a diner with only three dishes on the menu (burger, lobster and lobster roll).

“Cooking just few particular things we achieve absolute perfection of performance”, says the restaurateur. Each dish costs about £20 and the waiting time at the door easily reaches 2.5 hours in the evenings.

The urge to offer cheaper menu prices led Zelman even further – he bought a share in a lobster company to get rid of dealers and now trades with himself directly.

The trick worked perfectly – in just two months Burger & Lobster has become the world’s largest buyer of Canadian lobster and now, selling over 2000 lobsters in 5 London restaurants daily, the chain has become the main vendor of the delicacy in the UK.

A passion Russian restaurateurs are known for is interior design – and this can be clearly noticed in London.

Ping Pong, a dim sum chain, just unveiled a brand new restaurant design when it opened its 10th site inside the Wembley Designer Outlet. The development cost £500k, and led to a series of changes for the company’s restaurants. Founded in 2005 by Igor Sagiryan and Kurt Zdesar, Ping Pong is the oldest and fastest growing  Russian-owned chain in London, with two more cafes planned to open in 2014.

Love for decor and detail is also what makes Mari Vanna stand out from the crowd. Located in Knightsbridge, it was completely refurbished to recreate the atmosphere of a Moscow flat at the beginning of 20th century.

For this project the interior designer Yuna Megre was awarded the Best New Design award at the Time Out Eating and Drinking Awards 2012.

Mari Vanna succeeded in  taking over an under-occupied niche of Russian fine dining in London, while also receiving raving reviews from the food critics.

Its extraordinary cuisine attracts a non-Russian clientele and is contributing to raise the popularity of the Russian dining experience in Britain.

The attempt has been so successful that it might push other business venturers to go back to their roots. In an interview with RBC Daily Arkady Novikov confessed that he secretly dreams of having a Soviet-style club in London.

Meanwhile, Andrei Dellos - the only giant of the Moscow dining industry yet to show up in London - revealed his plan to take his Pushkin brasserie’s pre-revolutionary take on food to the British capital.

For more information about UK-Russia Year of Culture visit The Kompass, special RBTH section for all UK-Russian cultural events>>>