Tim Cook mentions weak ruble as a challenge for Apple 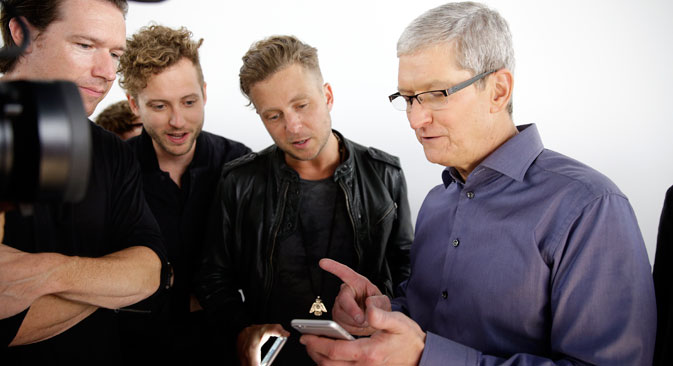 The weakening of some world currencies, including the Russian ruble, is a negative factor for Apple, says its CEO Tim Cook. Recently, Apple predicted a decline in income for the company for the first time in 13 years.

The weakening of the Russian currency is one negative factor that affects Apple. This was announced by the company’s CEO Tim Cook according to Bloomberg.

"Our results are particularly impressive given the challenging global macroeconomic environment," said Cook. According to him, the company is forced to work in "extreme conditions" that differ from what Apple encountered before.

Among the negative factors, Cook named weakening currencies around the world as one major issue the company is contending with. According to Bloomberg, this is having a significant impact on Apple, which conducts two-thirds of its sales outside the U.S. The CEO noted the negative impact of the fall of currencies such as the Russian ruble, British pound, euro, Canadian dollar, Australian dollar, Turkish lira and Brazilian real were having on the company.

“We continue to invest in markets that we believe, in the long run are great places for Apple. One example is India. And we’ll (continue to invest) even in those markets where today the situation is not quite favorable - from Russia to Brazil and other countries whose economies are closely tied to oil revenues,” said Cook.

According to him, the company believes that “these countries will again be awakened. We are strong enough to continue our investment and we believe that this attitude is the best option in view of the long-term interests of Apple,” concluded Cook.

Previously, Apple reported record levels of net income, which by the end of December 2015 reached $18.4 billion. However, the company also reported reaching the limits of growth in sales of smartphones and warned about a decline in revenues expected in the first three months 2016 for the first time in 13 years.

Want to translate from English to Elvish? Yandex can help>>>