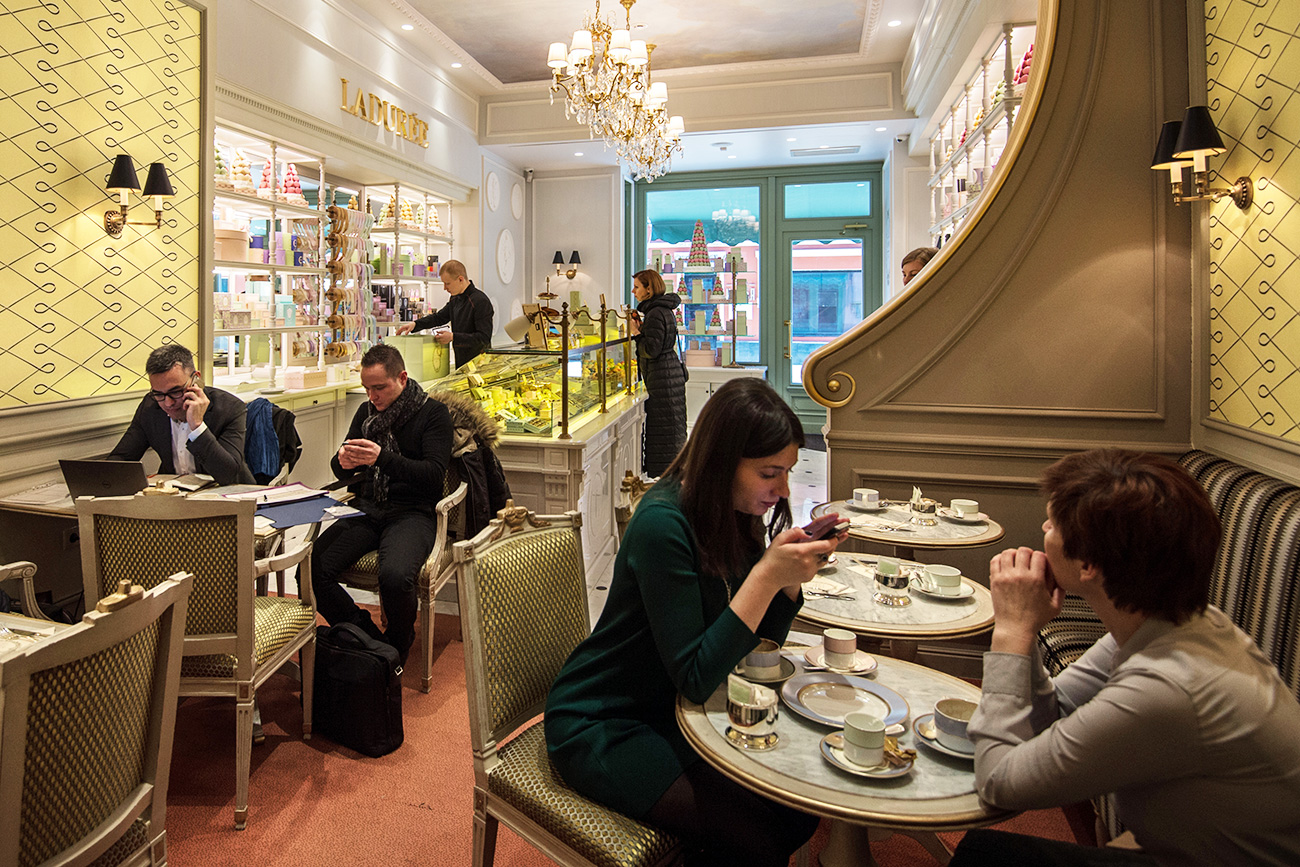 Customers in a bakery of the French chain Laduree in Moscow.

Evgenya Novozhenina/RIA Novosti
Moscow ranks seventh among world cities for the number of major retailers that entered its market in 2016, according to annual research by the consulting company CBRE. London, Hong Kong and Dubai took the first three places.

In 2016, a total of 39 major international brands launched in Moscow’s market, among which were Swiss watchmaker Rolex, French luxury bakery chain Ladurée, and American lingerie classic Victoria’s Secret. According to CBRE, around 70 percent of the new brands were fashion, cosmetics, and catering companies. A majority entered Moscow’s market with the help of local partners.

Moscow is an attractive market for retailers because of its large population that totals over 12 million people, a huge amount of retail turnover, and favorable business conditions, said Mohammed Akhkuyev, an analyst at CBRE’s research division.

“With the ruble devaluation, dollar rental rates also fell, and owners are now more flexible with rental agreements, including transitions to a percentage of product turnover and a willingness to compensate capital expenditures with finishing the premises for major fashion retailers,” Akhkuyev said, adding that 2014-2016 saw the end of a development cycle, and that during this period many new retail centers opened in Moscow, totaling about 1.6 million square meters.

The decrease in vacant retail space also demonstrates the increase in retailer activity. According to data from the real estate consulting company JLL, the share of vacant retail space in Moscow decreased 0.8 percent and totaled 7.5 percent in 2016, despite the overall increase in total retail property and commercial centers. In 2017, analysts from JLL expect vacancy to further decrease to 6.5 percent — the lowest since early 2015.

In 2014-2015, international brands, primarily fashion retailers, began to leave the Russian market en masse or drastically scale back their activity. The German company Garry Weber, the British companies River Island and New Look, and the American companies Esprit and American Eagle Outfitters all departed in 2014. The sports retailer Adidas closed 167 stores across Russia in 2015.