Bosch Group: ‘We have not withdrawn investments from Russia’ 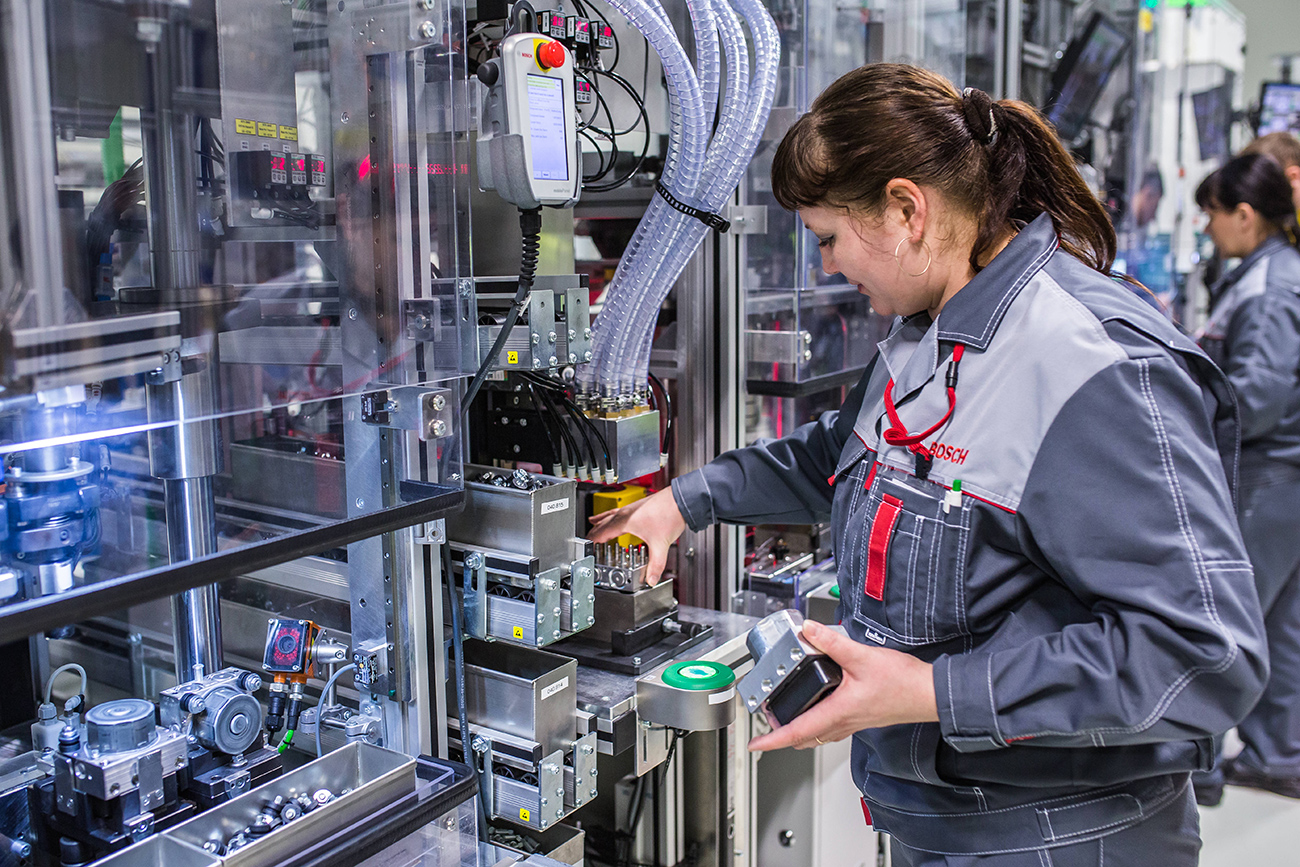 In 2016, the Bosch Group’s turnover in Russia increased by 4.3 percent compared to 2015, amounting to over one billion euros.

Press Photo
Uwe Raschke, Bosch Group board of management member, talks to RBTH about the company’s plans, expectations, and current challenges in Russia.

Russia remains a significant market for the Bosch Group. The company was not afraid of the economic crisis that lasted three years, during which time it opened giant headquarters in Moscow’s suburbs, and launched an automotive electronic components plant in Samara. In 2016, the company’s turnover in Russia increased by 4.3 percent compared to 2015, amounting to over one billion euros.

RBTH discussed the Bosch Group’s plans, expectations, and current challenges with Uwe Raschke, member of the board of management at Robert Bosch GmbH, who is responsible for coordinating activities in Western Europe, Middle Eastern Europe, Russia, the Middle East, and Africa. 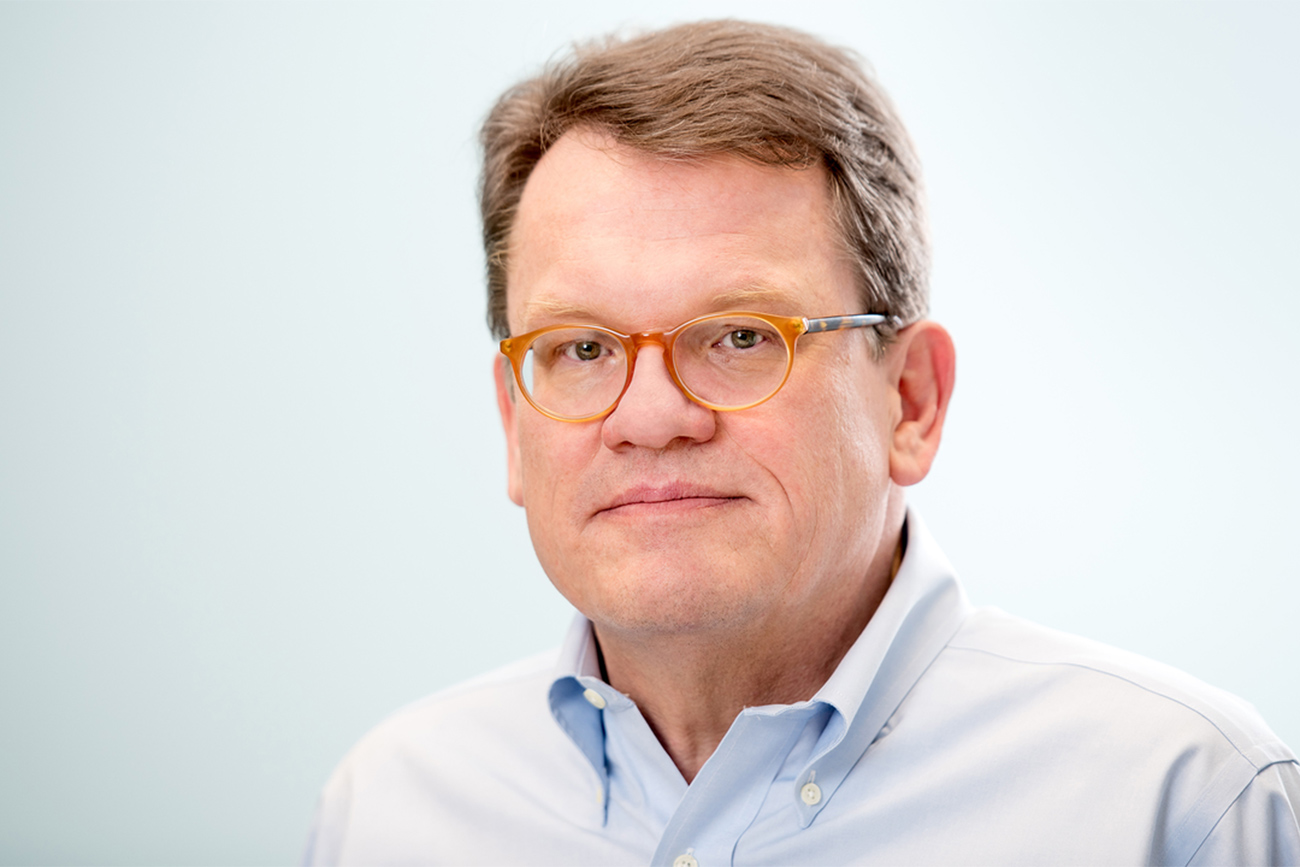 RBTH: Before the crisis in Russia, many international companies had great expectations about the Russian market, and the Bosch Group was one of them. But due to the crisis many of those companies had to give up their hopes and rethink their plans. In your opinion, is it time to make big plans in Russia again?

Uwe Raschke: You know, Bosch is engaged in very different businesses. The first positive message is that we believe Russia has started growing again after three years of shrinking. I'm not talking about GDP, I'm talking about our businesses. If you look at car production and car registration, this market has almost halved since 2013. If you look at the households’ appliances market,  it's still much smaller than it was five years ago. So for some markets the recovery will last until maybe 2022, until they are back to the old high numbers of 2013 to 2014. Other markets will recover faster. I believe your general statement is not possible for us at the moment, but I believe we can base our expectations cautiously on ongoing growth - that's at least what we see now, and we hope it will remain. But these days in the world, you never know what will happen tomorrow. Although it seems that the worst of it could be over, so we are cautiously optimistic.

RBTH: Has Bosch shelved any projects in Russia that were planned before the crisis?

Uwe Raschke:  You mean if we have withdrawn investments? The major investments that we made in the last five years involved our headquarters in Moscow, that opened two years ago. It's a little bit too big at the moment, so it will last for the next 10 to 15 years, I'm sure. And the second investment was the automotive plant in Samara, and of course we expected more efficiency for the plant, but we have not withdrawn investments. We have more or less done what we planned before the crisis.

Bosch plant in Samara, launched in July 2015, manufactures automotive electronic components for cars assembled in Russia – anti-lock braking systems (ABS) and electronic stability programs (ESP). Most of the products are delivered to Russia’s biggest auto manufacturer - AvtoVAZ - the plant of which is also located in the Samara Region, in Togliatti. Bosch auto components are also in demand in Moscow, St. Petersburg, and Izhevsk. Total investments amounting to 50 million euros were put towards the construction of a plant, covering an area of more than 22,000 square meters - plus production and equipment.

RBTH:  It seems like a very big decision to launch a plant during the crisis. So, you think it has the potential to grow?

Uwe Raschke: Of course, the plant itself has space for growth, and there is enough space for more production. So the plant will witness growth in the next few years.

RBTH: In one of your earlier interviews to the Russian media you said that despite building the plant in Samara, Bosch can't use all the advantages of a cheap ruble because of the fact that it's hard to find suppliers in Russia, so the level of localization stays very low as costs are still high. Do you still face such a problem?

Uwe Raschke: That's true. For us we started the initiative two years ago to strengthen our local supply and we had some success, so we could have increased our localization rate. For now our localization level now is between 30 and 40 percent, but it has improved over the last two years, from 20 to 30 percent. But we're not where we should be. So we're still looking for what we in Germany would call “mittelstand” - small private enterprises which develop manufacture components for us that we can integrate in our systems. Only when we have a high level of localization – up to 80 to 90 percent – we will start to gain the cross-benefits here in Russia. And I’m happy to see the initiative of Russia’s government to start localization. I hope that some concrete action, and not only ideas, will materialize soon. For example, easy loans for manufacturers.

RBTH: In Germany this spring Bosch and Mercedes-Benz announced that they are going to collaborate to introduce a driverless car by 2021. Local truck manufacturer Kamaz and Internet giant Yandex are working on different driverless cars projects as well. Do you plan to expand your high-tech projects to the Russian market, or maybe to collaborate with Russian companies?

Uwe Raschke: First of all we’re interested in cooperation with our partners in Russia regarding this technology. We will not develop this technology in many parts of the world as we have to concentrate knowledge. To make it successful, good, and fast, we have to try to combine our strengths, and the major activities for developing this autonomous driving project will be in Germany, where our RnD centers are concentrated. For these reasons I don't think we will open RnD centers for basic technologies in other countries. But as an automotive supplier we are definitely interested in working with all of our customers. And we're interested in our customers cooperating with us.