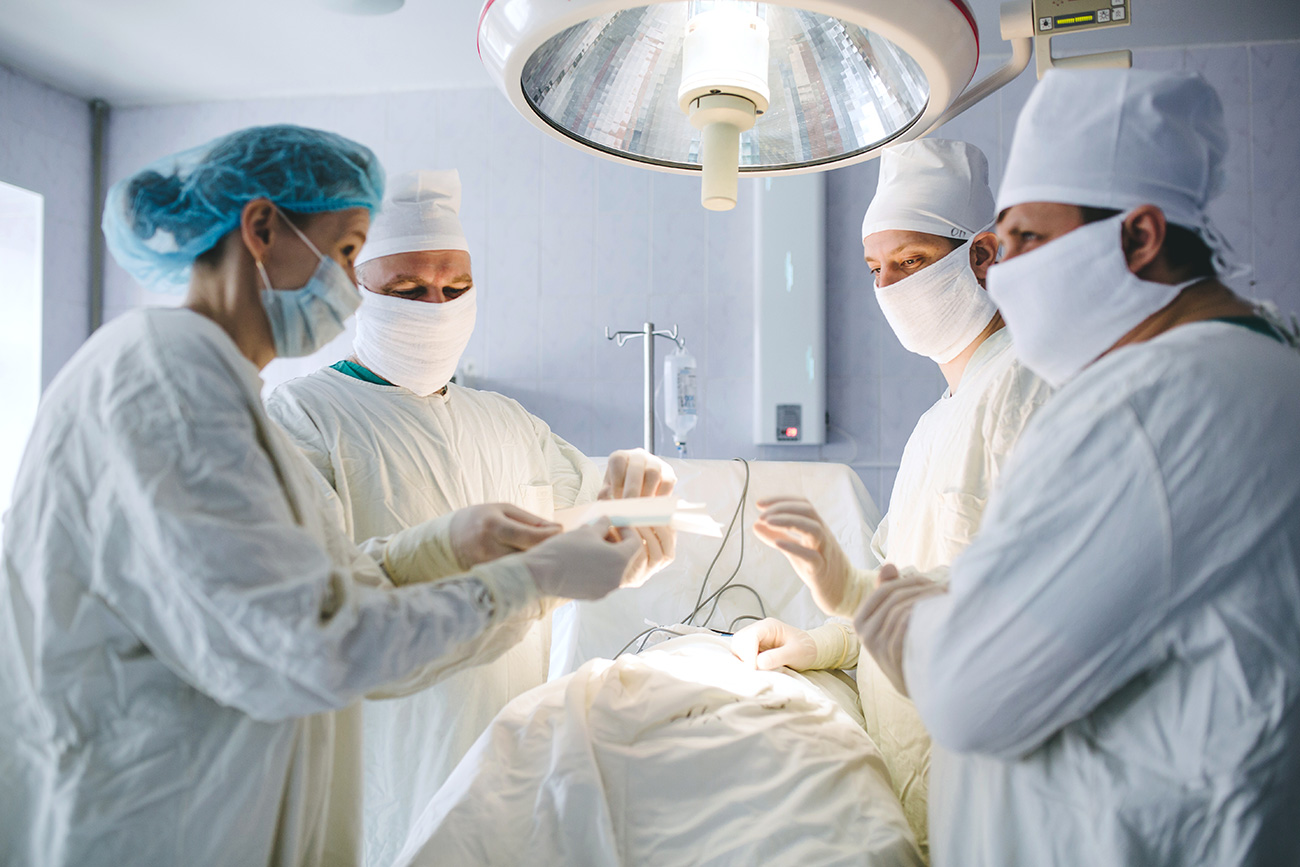 The first clinic on the territory of MIMC - a diagnostics center - is scheduled to open in early 2018.

Varvara Gert'e/RIA Novosti
In order to retain in Russia the substantial amount of money that Russians each year spend on health care treatment abroad, the government is implementing plans to attract international medical clinics to a new medical cluster in Skolkovo, located on Moscow’s outskirts. For example, foreign doctors will be able to work in Russia without a license starting in 2018.

On June 21, one of America's leading medical institutions, the University of Pittsburgh Medical Center (UPMC), confirmed interest in opening a branch in the Moscow International Medical Cluster (MIMC). In addition to UPMC, 20 more clinics from Israel, the U.S., South Korea, Japan, the U.K., Germany, Spain and Italy are engaged in talks with the cluster.

"The monetary total of medical care spent in the Russian Federation is estimated at more than three trillion rubles ($50 billion), which is a significant figure for any international company. This is why the Russian market has potential," explained Yuri Krestinsky, Director of the Skolkovo Health Economics and Management Center.

UPMC owns a network of 25 hospitals in Pennsylvania, with a staff of over 65,000 employees, and a market capitalization of $14 billion. The special UPMC International Foundation provides medical and management services together with partners from 12 other countries. The institution has 15 branches: oncology, cardiology/cardiac surgery, endocrinology, otolaryngology, gastroenterology, gynecology, geriatrics, nephrology, neurology, neurosurgery, ophthalmology, orthopedic surgery, psychiatry, pulmonology, rehabilitation, rheumatology and urology.

"The first clinic on the territory of MIMC - a diagnostics center - is scheduled to open in early 2018," said Mikhail Yugay, general director of the MIMC Foundation. The 57-hectare site will also host a multidisciplinary clinic and 10 specialized clinics. The overall cost of the cluster is estimated at $1.7 billion, out of which $1.5 billion will come from private investors, added Yugay. The Moscow government is investing almost $170 million in the project, which will go towards the construction of the cluster's pilot sites and infrastructure.

International interest in the project can be explained by MIMC's unique legal status. The Russian law, "On International Medical Clusters" (FZ-160), which was adopted in 2015, allows medical clinics from OSCE countries to provide medical assistance on MIMC territory, as well as use their own medicine and equipment. Russian licenses and other official permission are not required if a foreign clinic has valid authorization in its home country.

Previously, the arrival of foreign clinics in Russia was confounded by the need to adapt to Russian standards and regulations. For example, to work in Russia a foreign doctor had to certify his diploma according to national standards, then pass an examination on the Russian language and obtain authorization to start business activity in Russia.

"This created a sort of bottleneck for international clinics that wanted to work in the Russian market. Thanks to the MIMC, the risks from administrative barriers is basically zero," remarked Kirill Kaem, Director of the Skolkovo Biological and Medical Technology Cluster.

The MIMC plans to grab a part of this Russian demand for medical services abroad. "20 percent of the cluster's medical personnel will be composed of foreign doctors," affirmed Yugay. Private clinics will also function on MIMC territory, while the cluster model itself expects to meet effective demand and accept voluntary medical insurance.

The MIMC plans to attract clinics specializing in fields that are critical for Russia: oncology, cardiology, orthopedics, multidisciplinary rehabilitation, children's diseases, neurology, and etc. "These fields are less developed in Russia," said Yugay.

Meanwhile, Ksenya Lovtsova, director of the OncoStop Project, believes that only a limited number of Russians will have access to the MIMC.

"Treatment will be expensive because of the high salaries that foreign specialists receive. For example, consultation alone with a foreign medical specialist from leading countries can cost about $600-700," said Lovtsova.