Why is Russia selling off its U.S. bonds? 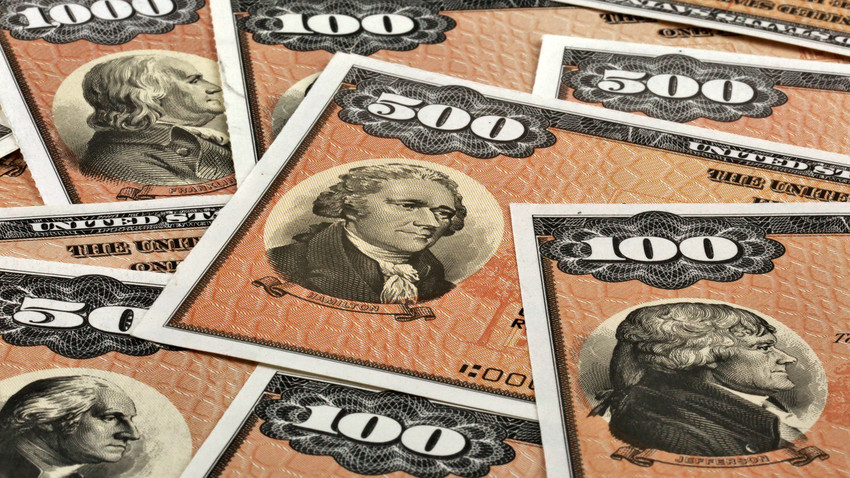 Getty Images
The country's share in treasury notes has dropped by more than 80 percent since March.

For many years Russia has been one of the largest holders of U.S. Treasury bonds, but that seems to be no longer the case. Since March, Russia has significantly cut its holdings from $96.1 billion to $14.9 billion in May, which means it's no longer a leading investor in the U.S. government bonds, and it’s now well behind China, Chile and Kazakhstan.

Russia's total investment in U.S. bonds has almost returned to mid-2007 levels ($14.7 billion). According to Elvira Nabiullina, head of Russia’s Central Bank, the sell-off came as part of efforts to diversify the country’s international reserve portfolio.

“We have increased our gold reserves almost 10 times in the past 10 years,” she said. “We are diversifying our currency portfolio … assessing all the risks, including financial, economic and geopolitical.” (link in Russian)

Experts believe that the decision came as a result of the tense situation following the April-round of U.S. sanctions against Russia, which targets the country’s billionaires and government officials, as well as major corporations such as Renova Group, and Rusal, the aluminum producer.

Such hostile action has prompted many in Russia to expect further sanctions that could affect its U.S. Treasury shares or lead to Russian banks being frozen out of the SWIFT system.

“This is first and foremost a political decision,” said Sergei Suverov, senior analyst at BKS. “The Central Bank held up to 30 percent of its assets in U.S. Treasury bonds and was always criticized for that. So, given the American sanctions, the step to cut the holdings in dollar assets looks logical.” (link in Russian)

Treasury bonds are a marketable, fixed-interest U.S. government debt security with a maturity of more than 10 years that makes interest payments every six months. Countries usually buy U.S. bonds to manage their trade deficit with the U.S., reinvesting dollars that are spent buying American goods and services.

Russia's investments in U.S. bonds over the past year
Infogram

Do you think Russian billionaires are suffering from Western sanctions? Well, if so, you're wrong. On the contrary, their collective wealth seems to be growing.