Old Russian money: Where do damaged banknotes end up? 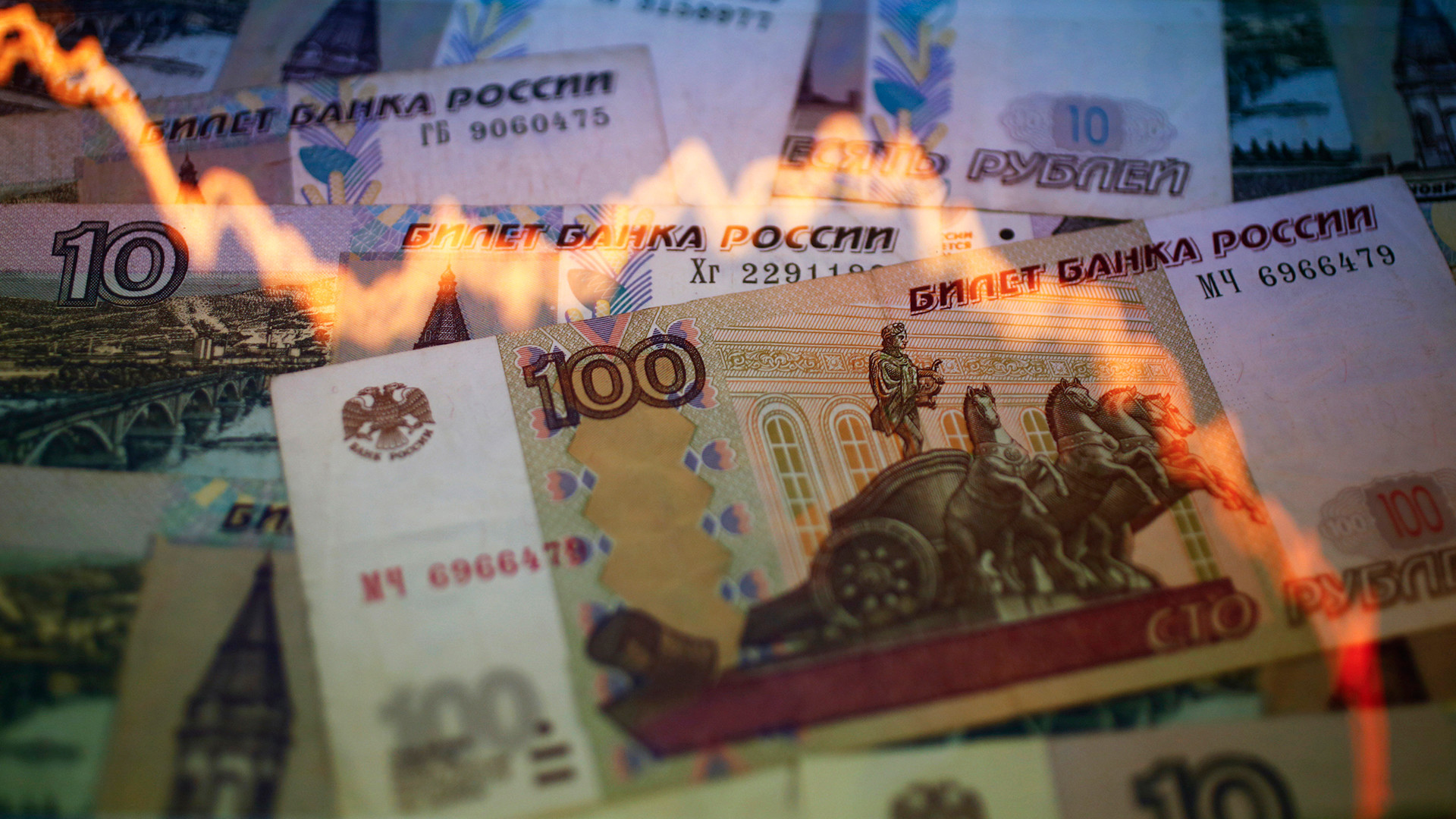 Reuters
Some banknotes sometimes need to be replaced after less than a year.

Russian banknotes, unlike coins, have a very short lifetime, which varies according to the value: For example, a 1,000-ruble banknote is used, on average, for about three years, while a 10-ruble note usually gets “too old” after just six months, as it’s used much more often. Since 2010, ten rubles have been issued as a coin - which can, in turn, circulate for many years.

Which notes are considered worn?

Of course, the age of the banknote isn’t the main reason for it to be taken out of circulation. The money can be declared damaged much earlier, as the criteria is quite exact. For example, a note can get dirty and if the dirt makes the colors 8% (or more) dimmer, its state is no longer appropriate. This criteria is checked with the use of special color brightness measurement equipment or when compared with an example - a banknote already proven to be damaged. 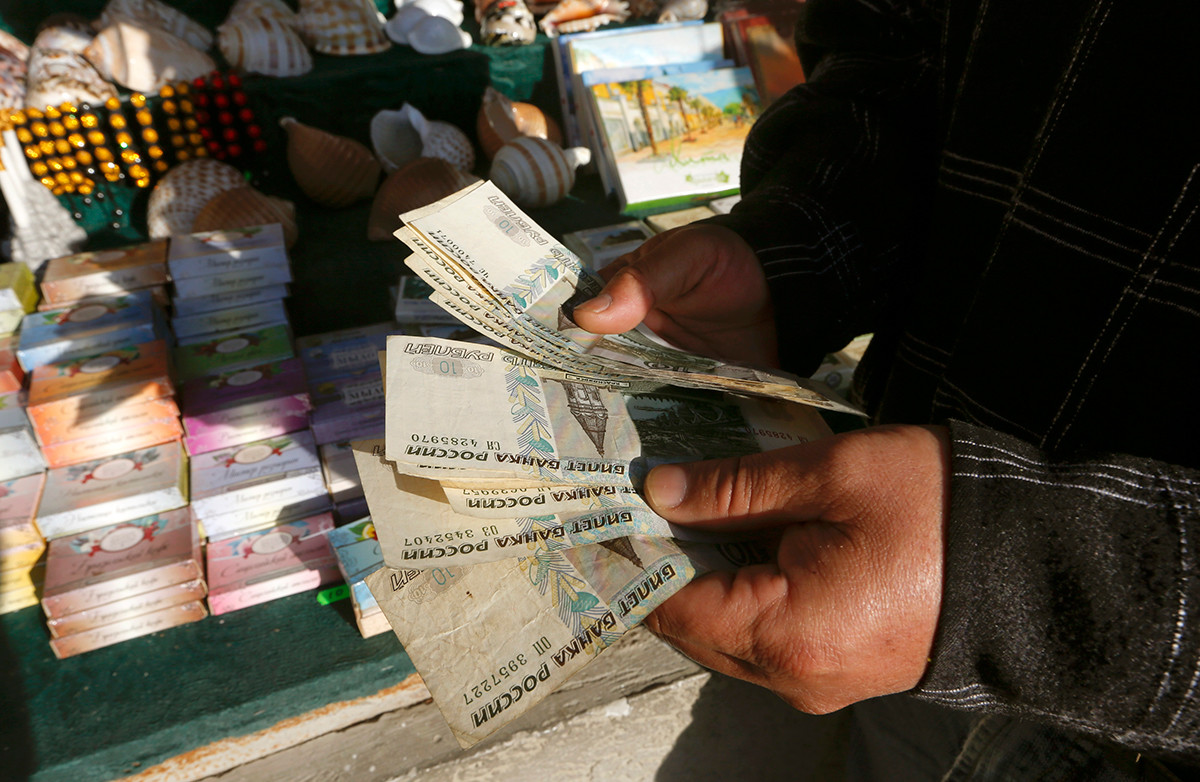 If there are extra markings, prints or writing that are longer than two symbols, the note has to be replaced, too. Also, banknotes are deemed damaged if they contain a contrast spot (for example, a paint stain) 5 millimeters or more in diameter.

The integrity of paper matters, too: the banknotes often get torn at the edges. If at least one tear is 7 millimeters or more long, the money is damaged. So are banknotes with holes 4 millimeters or more in diameter. The paper can also be ripped into halves and fixed with a piece of scotch tape. Banknotes are also deemed damaged if they have faded print or are missing parts like corners (at least 32 square millimeters) and torn-off edges (5 millimeters or more).

There is one common rule: 55% of the note must remain undamaged, as it makes the money capable of payment, so it can be exchanged for a new banknote in a bank. Banknotes with some damage must also be accepted by any seller for payment. Any attempts of the seller to refuse to accept this money are illegal.

Damaged banknotes have to be destroyed, so newly printed ones can take their place. In the USSR, the disposal of damaged money was only done in Moscow. At first, the banknotes were voided at the main storage of the State Bank of the USSR - round holes were made in them. In the 1980s, there was a case when the paper waste from the holes was sold at a marketplace as confetti. After their cancellation, the banknotes were destroyed at the ‘Goznak’ (short for ‘Gosudarstvenny Znak’ or “State Insignia”) paper factory. They were put into special big pots, where high-pressured water vapor removed all the paint and spread the banknotes into fibers. This method hasn’t been used since the fall of the USSR, as it’s very expensive and ecologically harmful. 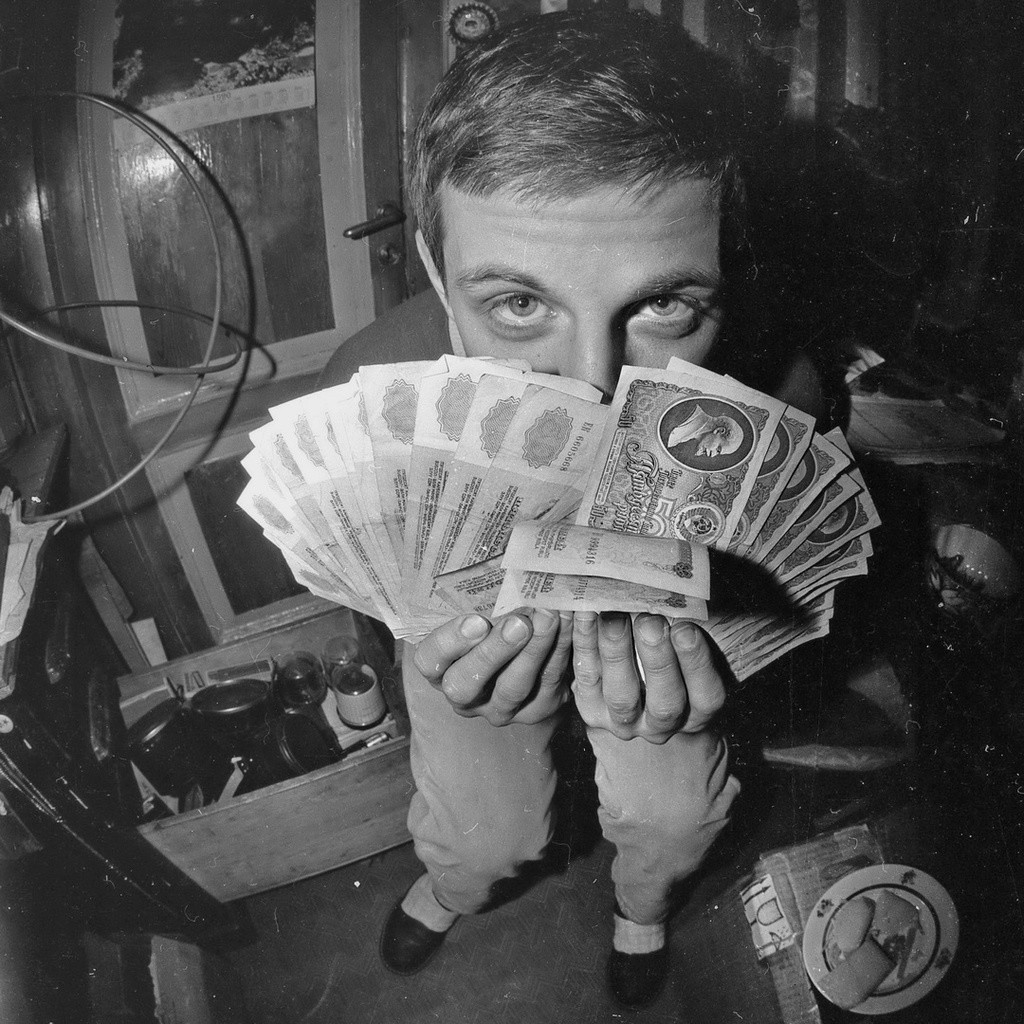 There also was the second way of money disposal - by burning it. Specialists wanted to use the burning banknotes as fuel, because paper money gave off high temperatures; however, it turned out to be too difficult. An automatic way of putting the banknotes into the oven wasn’t invented, so workers had to do it manually, while several officials controlled this process. The temperatures made this kind of work very dangerous. Also, there weren’t enough damaged banknotes for the oven to operate day and night, so it had to accept other types of fuel or stand idle - which was difficult and unprofitable. 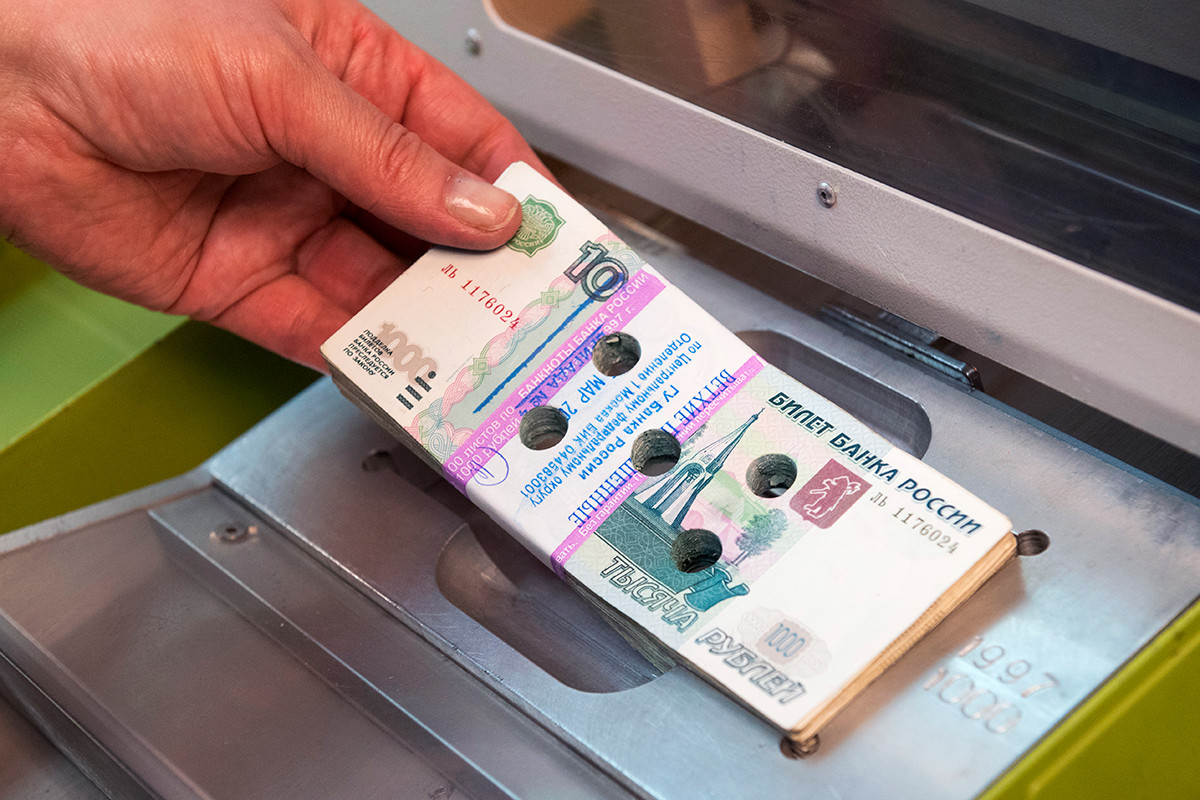 Nowadays, the disposal of damaged banknotes is done in several big Russian cities, including Moscow, St. Petersburg and Novosibirsk (2,800 kilometers south-east of Moscow). The process is usually done in the buildings of the main branches of the Bank of Russia for the federal districts of the country. The cash collectors bring the banknotes there from commercial banks and then a machine sorts them into three types: normal (they will then go back into circulation), damaged and doubtful ones. The last type is given to experts whose job is to find out if the note is worn or fake. These people use different equipment and have to be very careful during their examination: for example, they have to divide torn and scotch taped banknotes back into parts without causing extra damage. 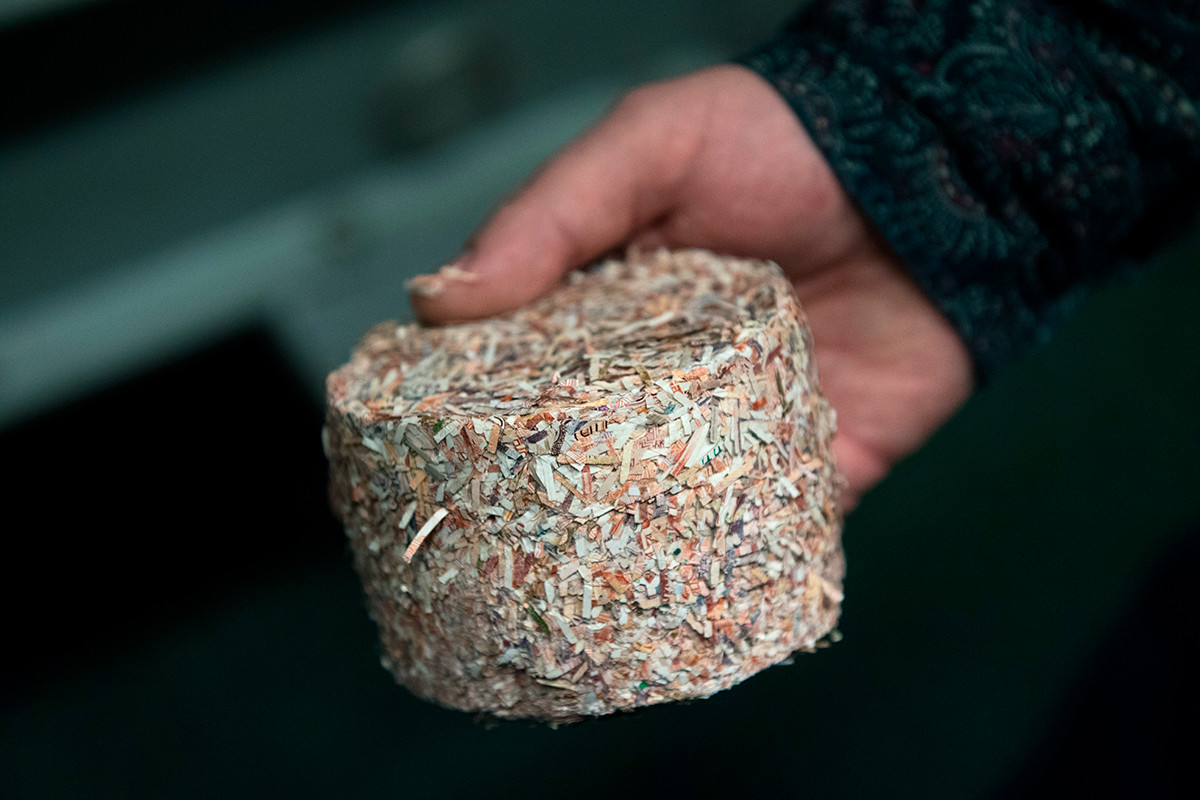 The briquettes of money chip scrap.

The damaged banknotes are then destroyed in two stages. The first is a shredding machine that shreds the banknotes. The second turns the paper into mulch. It’s then pressed into briquettes. The presses can deal with up to 500 kilograms in an hour. The briquettes are taken to a disposal field as a waste of the fourth category (the safest type in this classification).

With regards to coins, they, too, need examining before being deemed damaged. Their main criteria is 75% of the original mass must be intact to consider a coin valid for payment. Damaged coins go to the mint of St. Petersburg where they are flattened and get a wavy form. 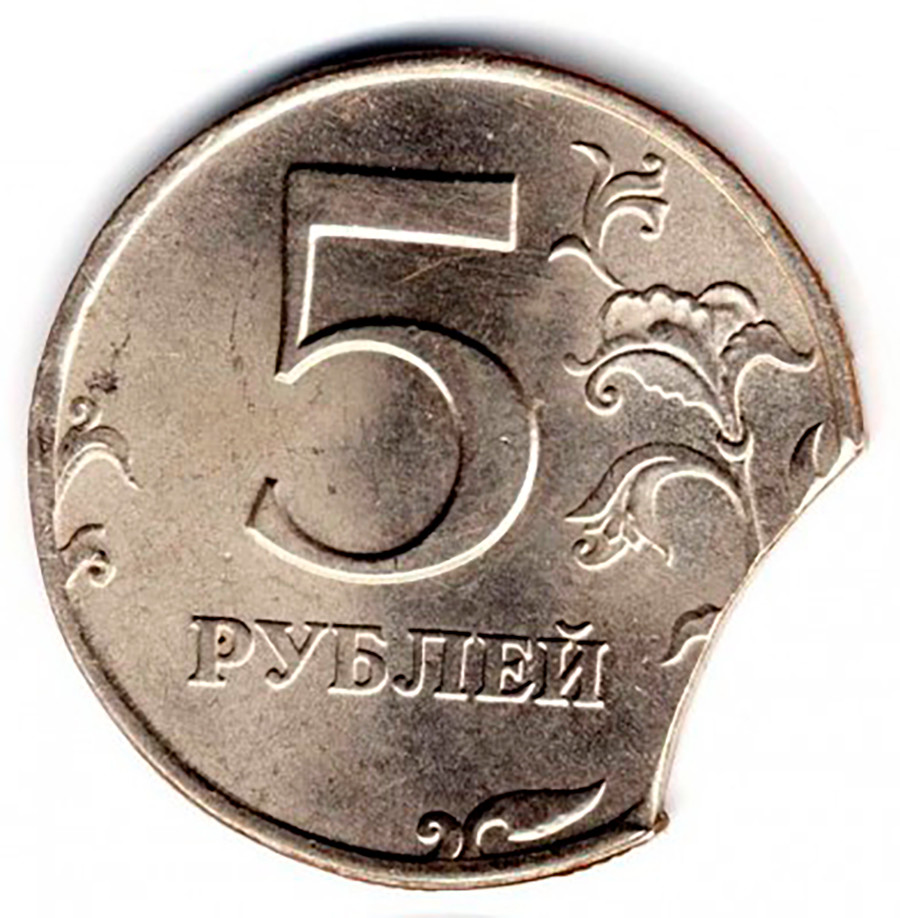 A coin with a missing part.

Experiments have shown that when the paper mass of former money has been cleaned from the printed ink, it can then be used in making building materials for thermal, isolation and roofing needs. In any case, the amount of destroyed banknotes is still too small for these discoveries to become an industry in itself… for now!