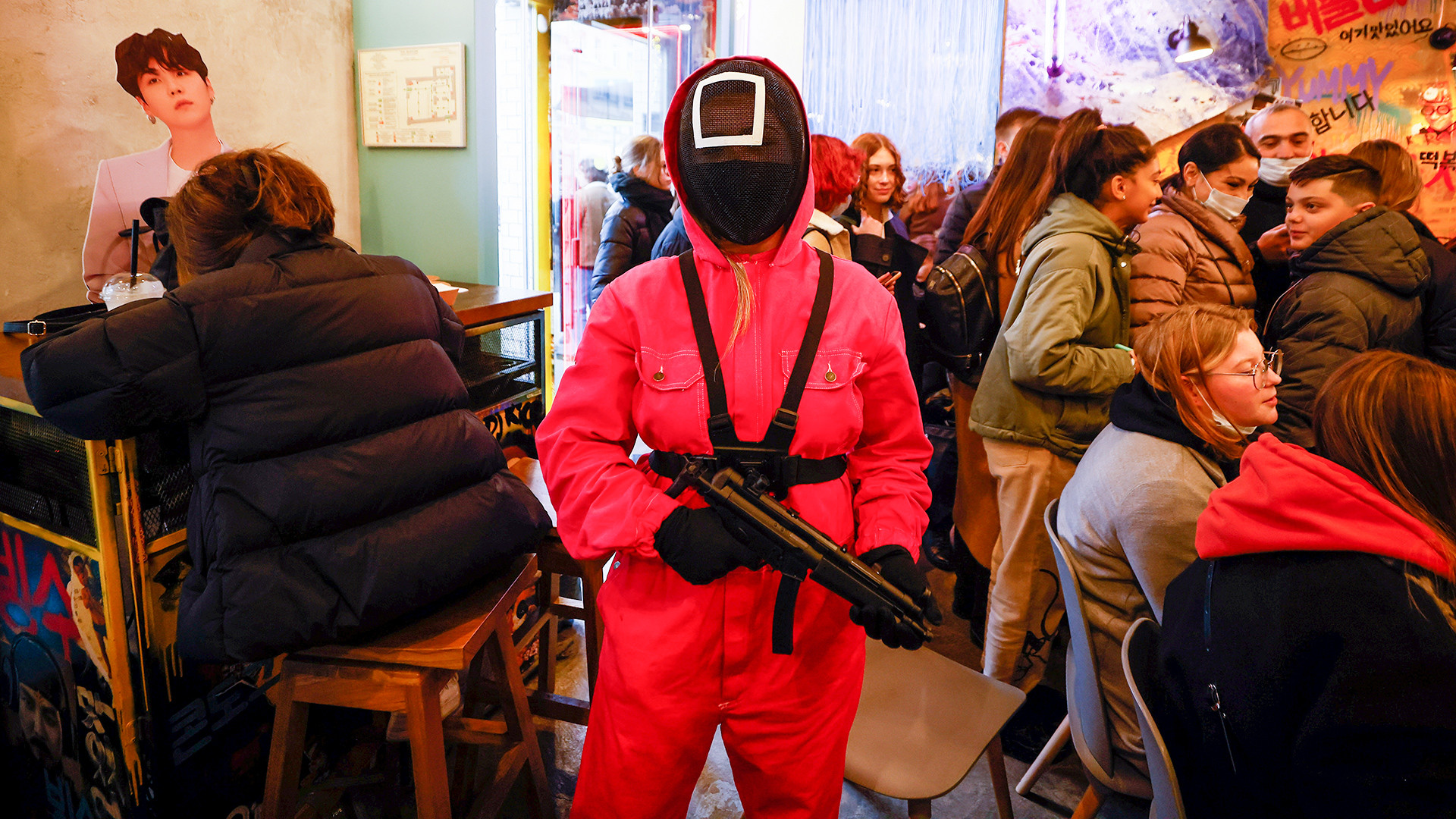 Reuters
Marbles and sugar honeycombs, fearsome wardens in pink suits and a “spicy” fate awaiting the loser - this place meticulously replicates the environment of the hit Netflix show. Well, almost...

As you walk through a narrow passage, in-between statues of K-Pop bands and neon signs, you encounter a waiting line of mostly school and college students. The room feels terribly stuffy, but no one leaves the line to get a breath of fresh air - it’s cold and raining outside. People sitting at their tables are busy chowing down on corn dogs - some are using little needles to cut stars and hearts out of sugar honeycombs. 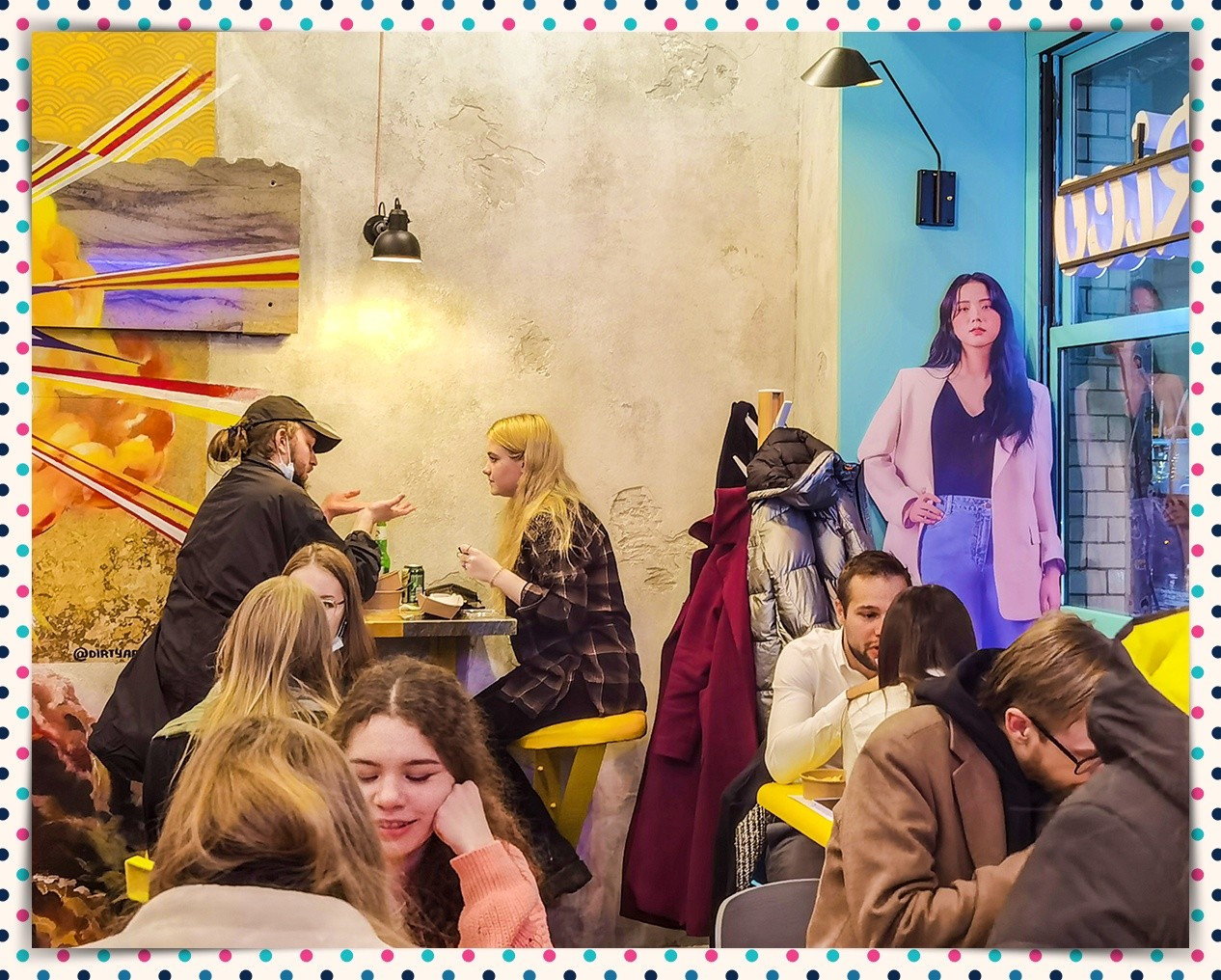 Earlier in October, as Netflix’s ‘Squid Game’ was busy taking over the world, ‘Chick.orico’ - a Koren cafe in downtown Moscow, decided to start hosting the sorts of games you see in the show. However, not everyone is a huge fan, apparently.

Anyone can play ‘Squid Game’ if their bill exceeds 600 rubles (approx. $8.40). The menu contains corn dogs, ramen and other varieties of Korean street food. One might think they would have used the wardens at the cash register, with masks and fake weapons, but the cashiers are actually all dressed up in green, as players. 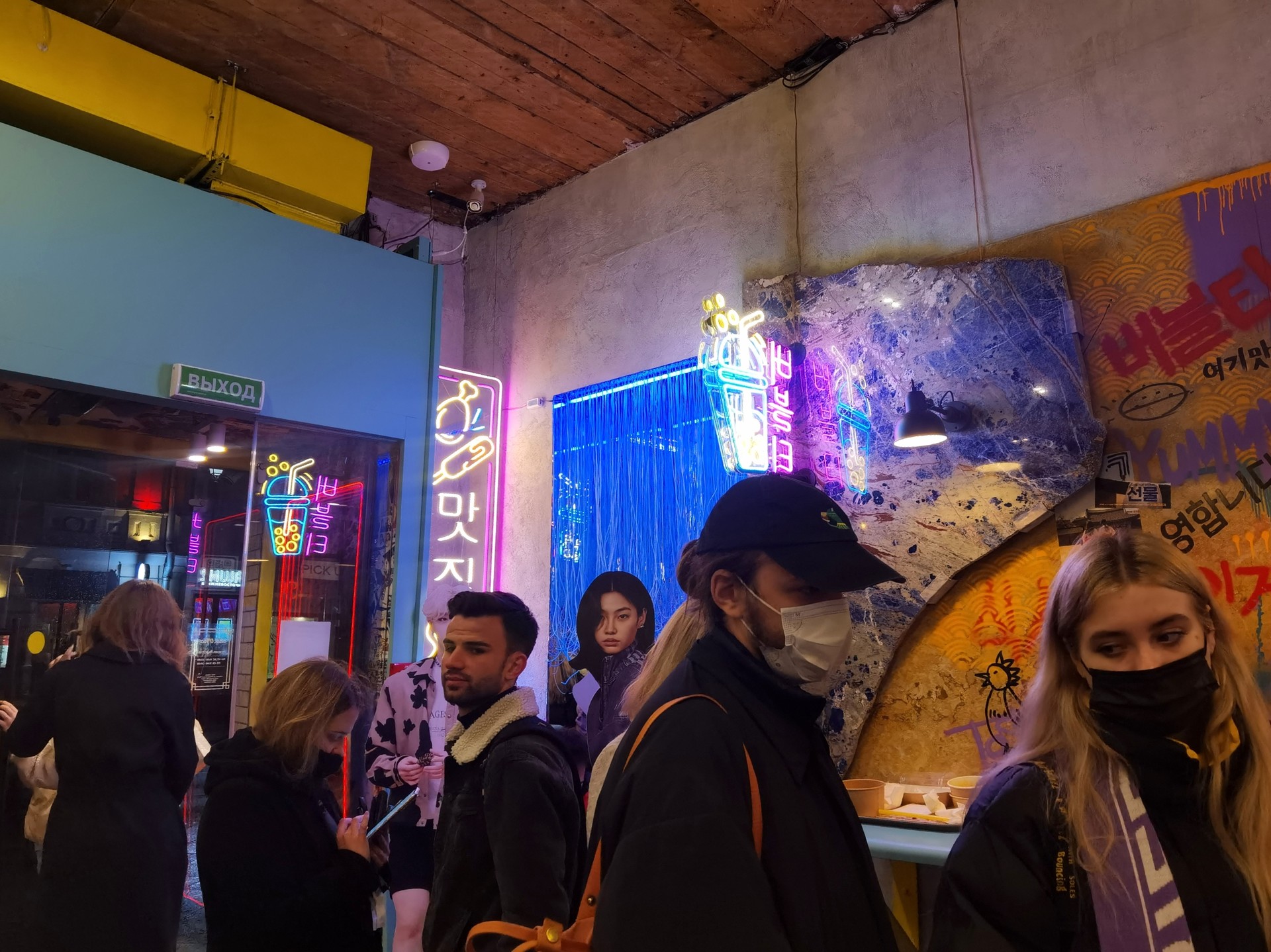 Every time you make an order, you also receive tiny needles and sugar honeycombs, before the cashier wishes you a pleasant game. One of the games in the series gave the players ten minutes to cut out a honeycomb figure. If they didn’t make it, or the figure broke, the wardens shot the player dead. The rules are similar here, except the “warden” gives the “players” a spicy red pepper that they must eat while their food trays are collected. 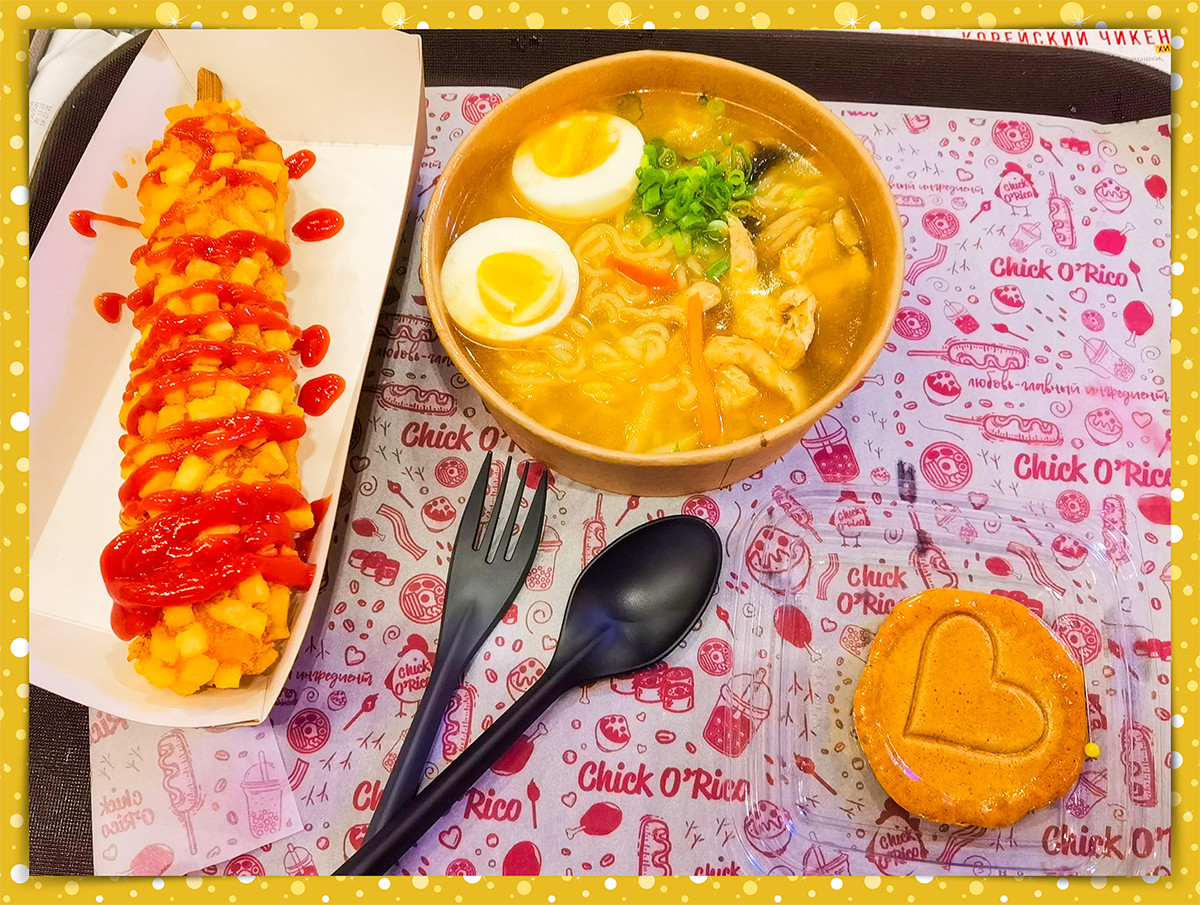 My own game lasts a mere second - I barely even touch the honeycomb before it splits right in half down the middle! I take a nervous glance around the place and see one of the guests already taking a small bite out of a red pepper, before bawling her eyes out and desperately trying to wash it all down with tea.

No one has yet noticed my own broken honeycomb, as I’m nervously trying to work out how to avoid punishment. 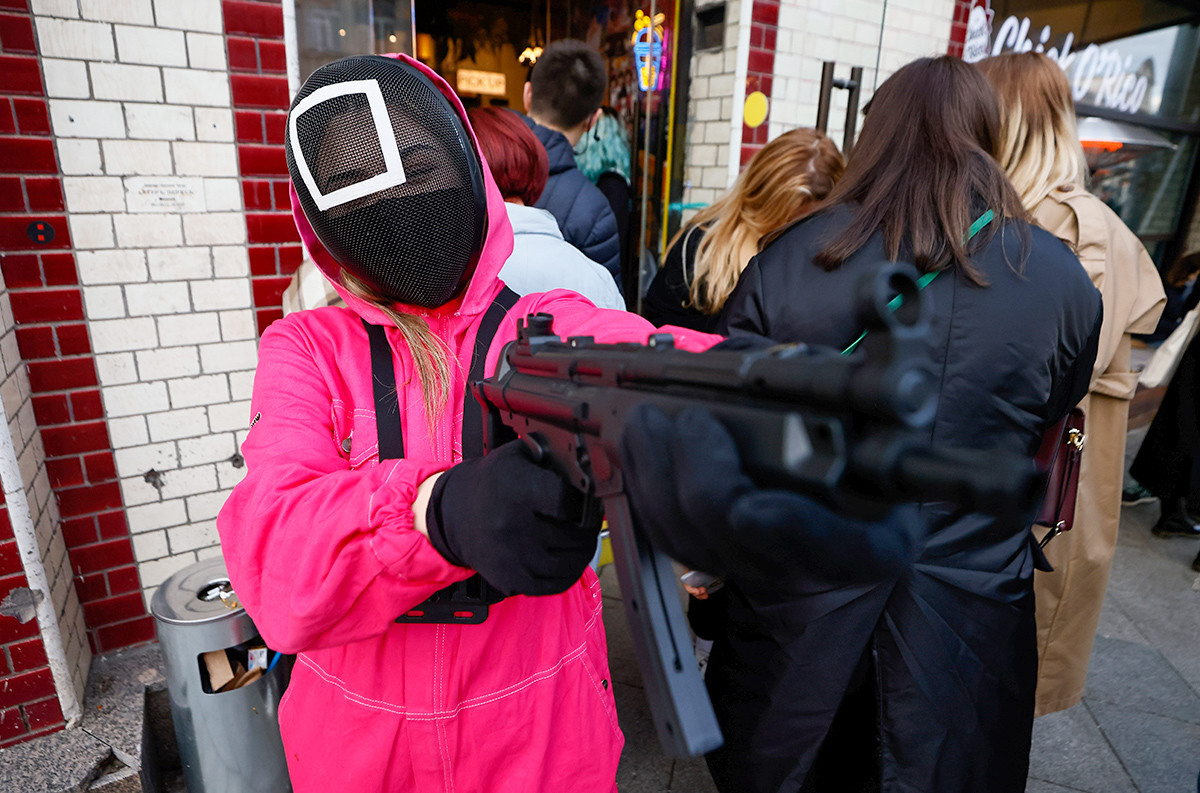 “Hold on… no one can call you a loser if no one knows whether you’ve had the honeycomb in the first place,” I think to myself, quickly devouring the entire cookie. At that moment, the only warden happens to look over at my table. Meanwhile, I’m trying actively to make it look like I’m simply wolfing down a portion of ramen - and the girl passes me by, none the wiser. ‘Operation Sweet Tooth’ is a success. 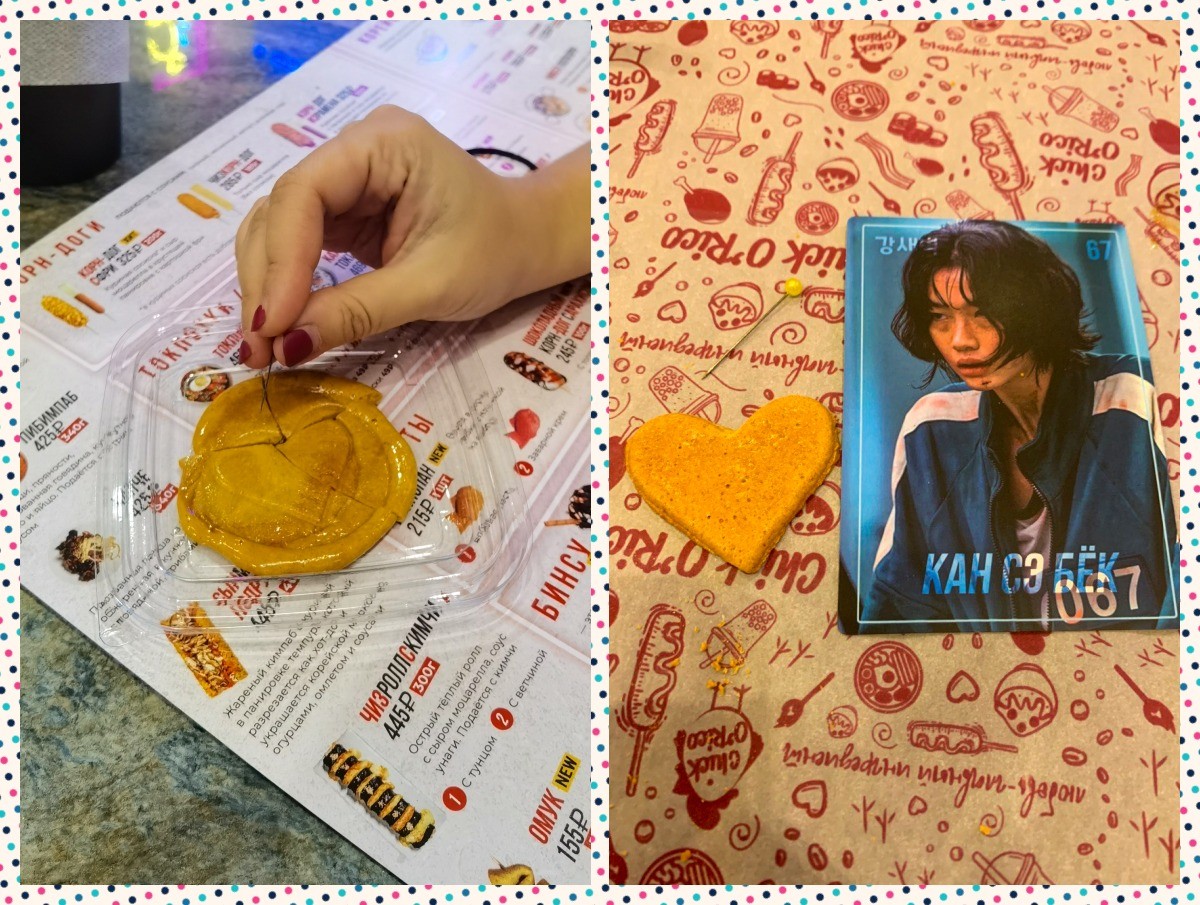 Across from me, a guy is also busy cutting out a heart figure.

“Come on, do it as if your life depended on it, and I’ll get your prize,” his girlfriend declares impatiently. She appears to have already finished with her own figure. We look at each other, laughing and realizing that we’d probably be just as “good” at the real Squid Game! 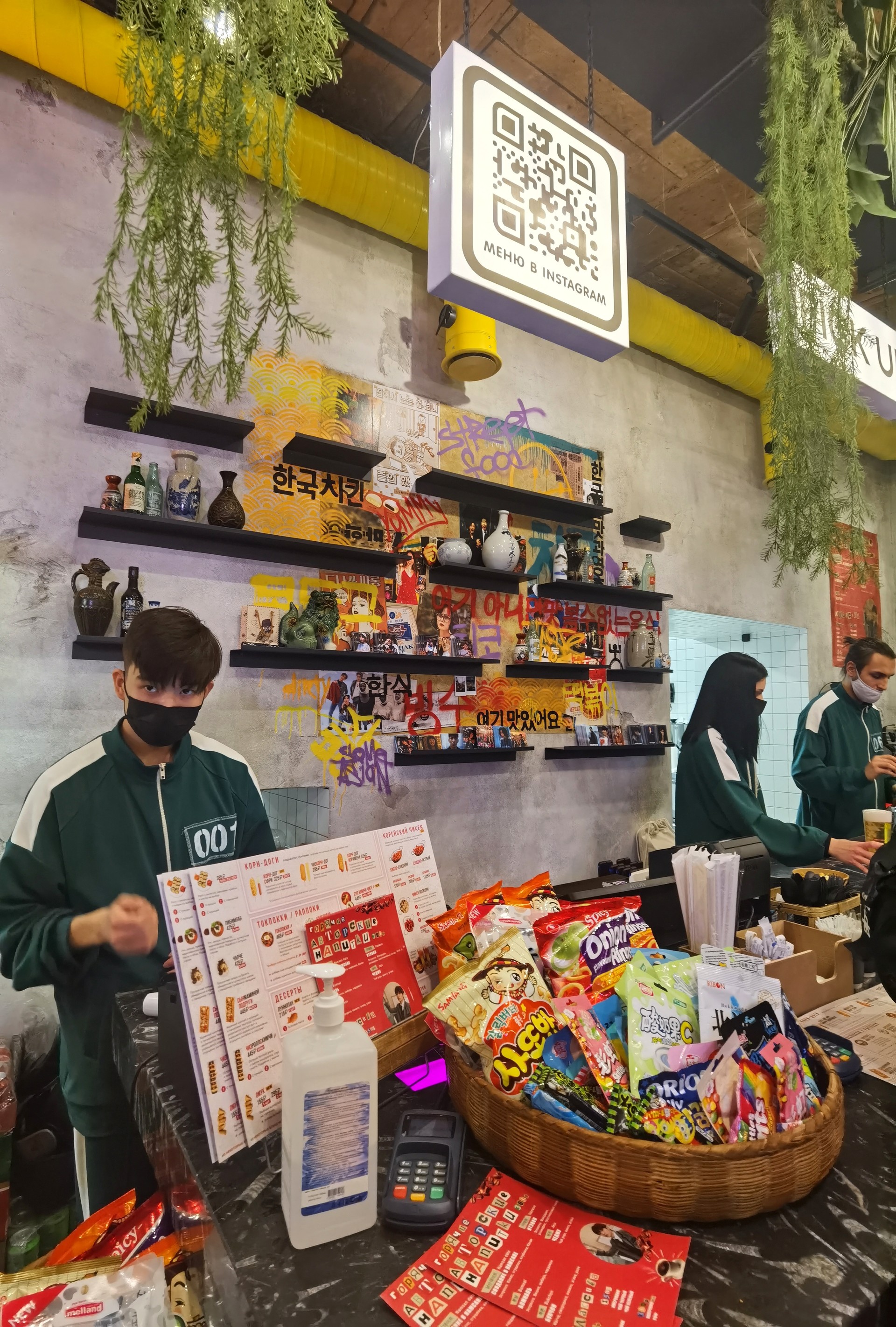 The prize, meanwhile, is a rather modest set of character cards from the series. “They could’ve included some goodies, at least,” the girl across from me laments. Round two is still ahead, however!

The Stepping Stone game and the main prize

The second stage of the game involves players being given little black velour sacks, each containing 10 stones. One could set one’s own rules this time around: for instance, getting the stone in the hole in the sand, or throwing your stones further than the opponents and so on. However, the main game in the cafe is a variation on one played in the series, where the players must guess whether the opponent is holding an even or uneven number of stones in their fist.

The winner receives the other player’s marbles, and vice versa. You win by depriving your opponent of all their stones. 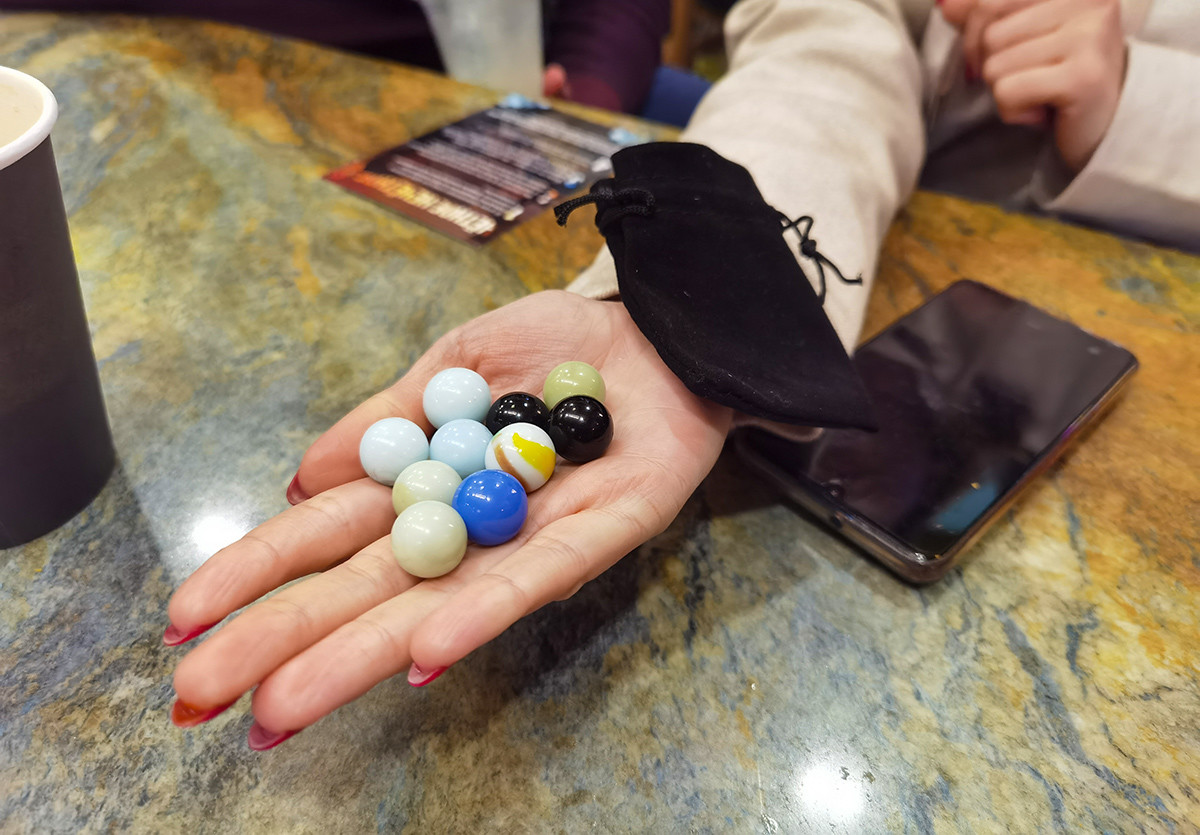 In the series, there was a time limit of 30 minutes; there are no limits here, making the game quite dull, if I’m being totally honest - especially if both players make only small bets of two or three stones, endlessly switching hands, depending on sheer luck. And there aren’t that many stones to go around, so our neighbors are having to wait until we’re done with the round.

In order to get it over with quickly, my opponent bets all his stones on an uneven result. As for me, I only had two stones in my hand, so he loses straight away and I receive a pink fish with a vanilla custard filling. Nobody gets the pepper this time around. 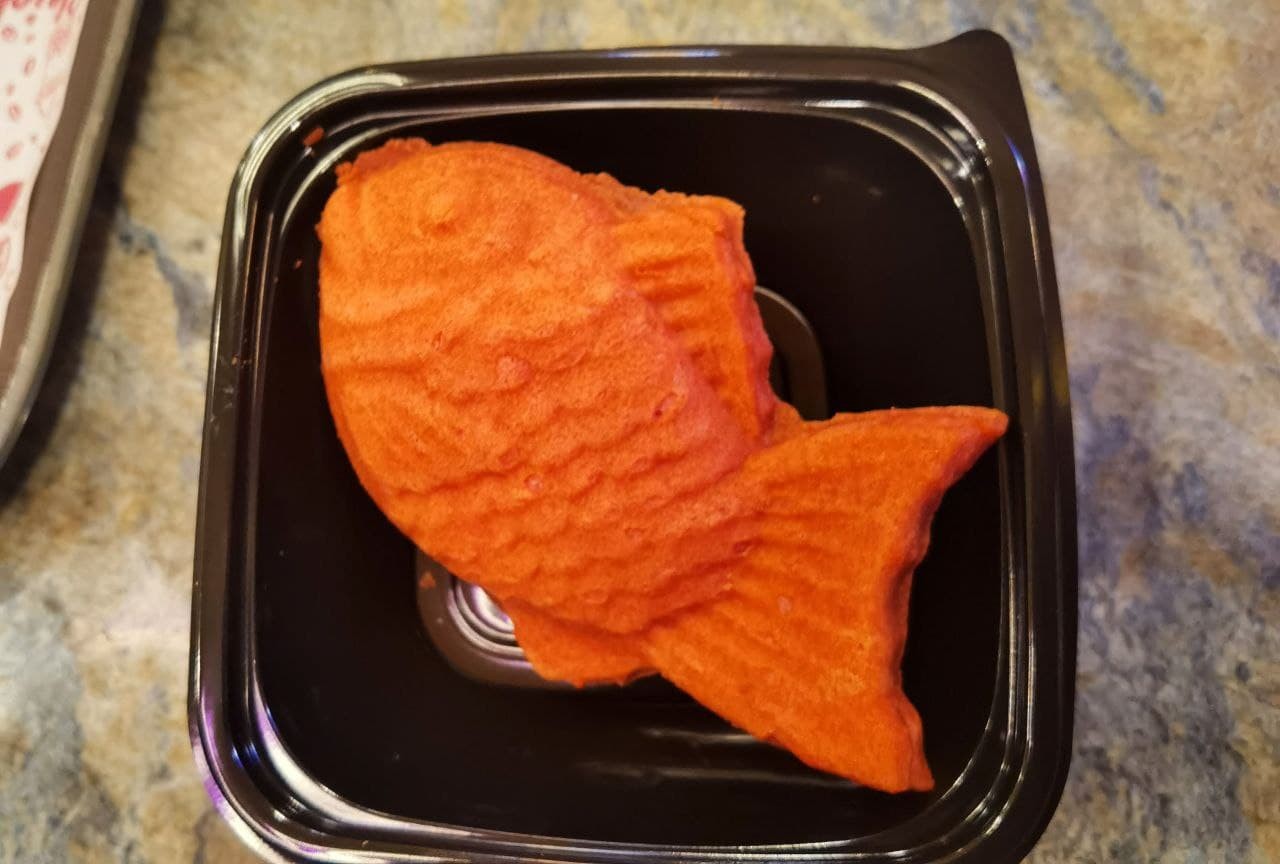 The only available warden leaves to deal with something in the staff room, as the remaining customers look like they’re simply done with the whole game and would rather eat or play with their smartphones; perhaps, the footage of neon signs and players in green suits they were enticed with on social media is rewarding enough… probably makes sense, given that you’re not promised billions for winning. 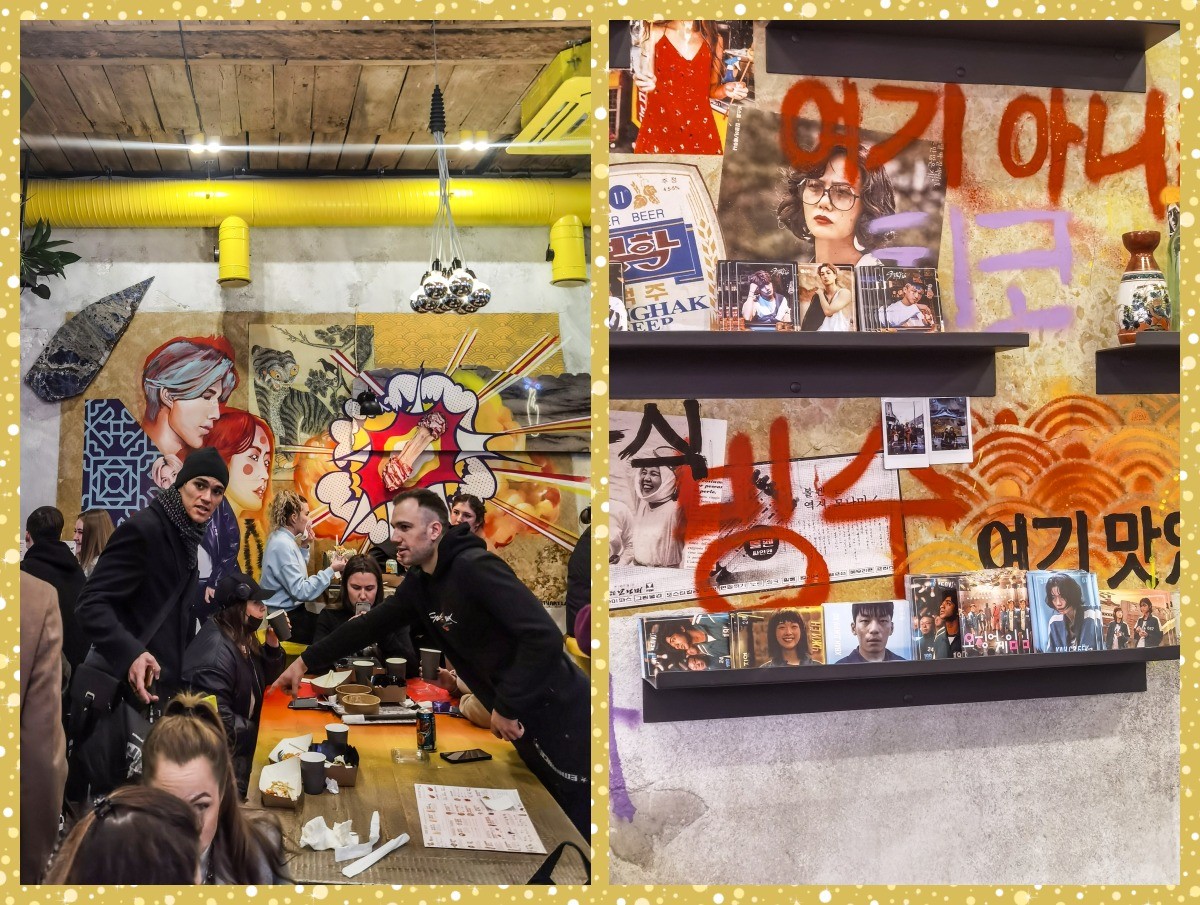