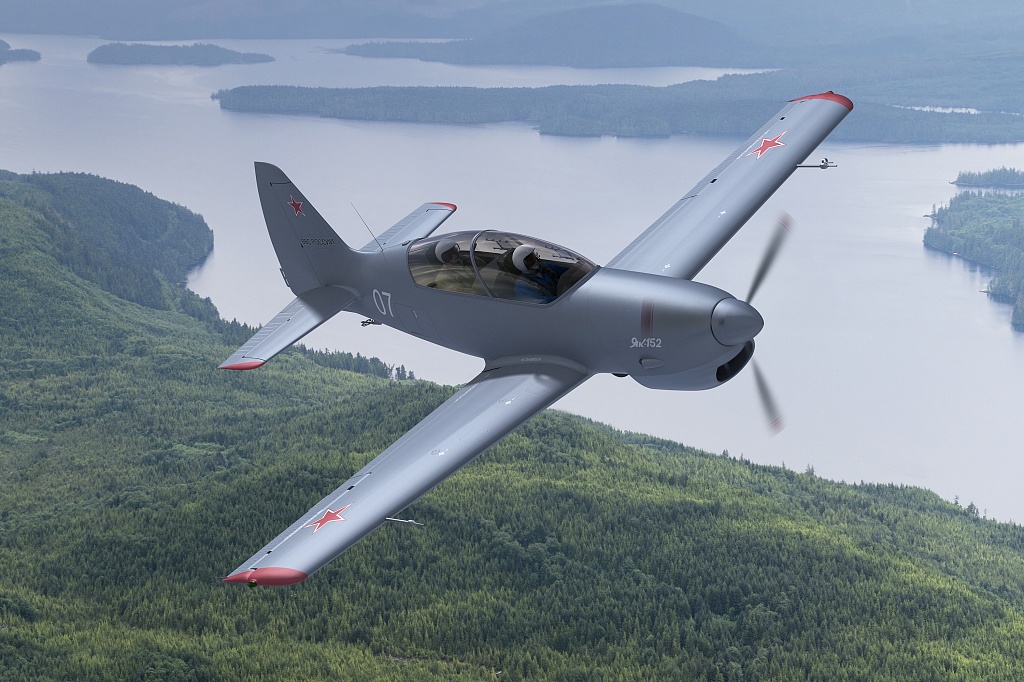 Yak-152 will become the first aircraft that pilots test at the beginning of their training. Source: IRKUT Corporation

Along with the subsonic Yak-130, the two-seat single-engine Yak-152 will be used to train the latest recruits. The new aircraft is ideal for training since it can be flown at any time of the day, and in normal and difficult weather conditions.

The newest recruits to the Russian Air Force will get their first taste of flying on the Yak-152 training aircraft.

Russia plans to present its newest primary trainer at the MAKS-2017 International Aviation and Space Salon, which will be held in the Moscow Region on July 18-23.

The Yak-152 is a two-seat single-engine monoplane, designed by the Yakovlev design bureau, a part of the Irkut Corporation.

The plane is designed for the primary flight training of air force cadets. It is a part of the training complex that includes the subsonic Yak-130, which is used for advanced training of pilots.

Easy to fly and maintain

The Yak-152 is a successor of the famous Yak-52 trainer aircraft, which was known as the ‘flying desk.’ 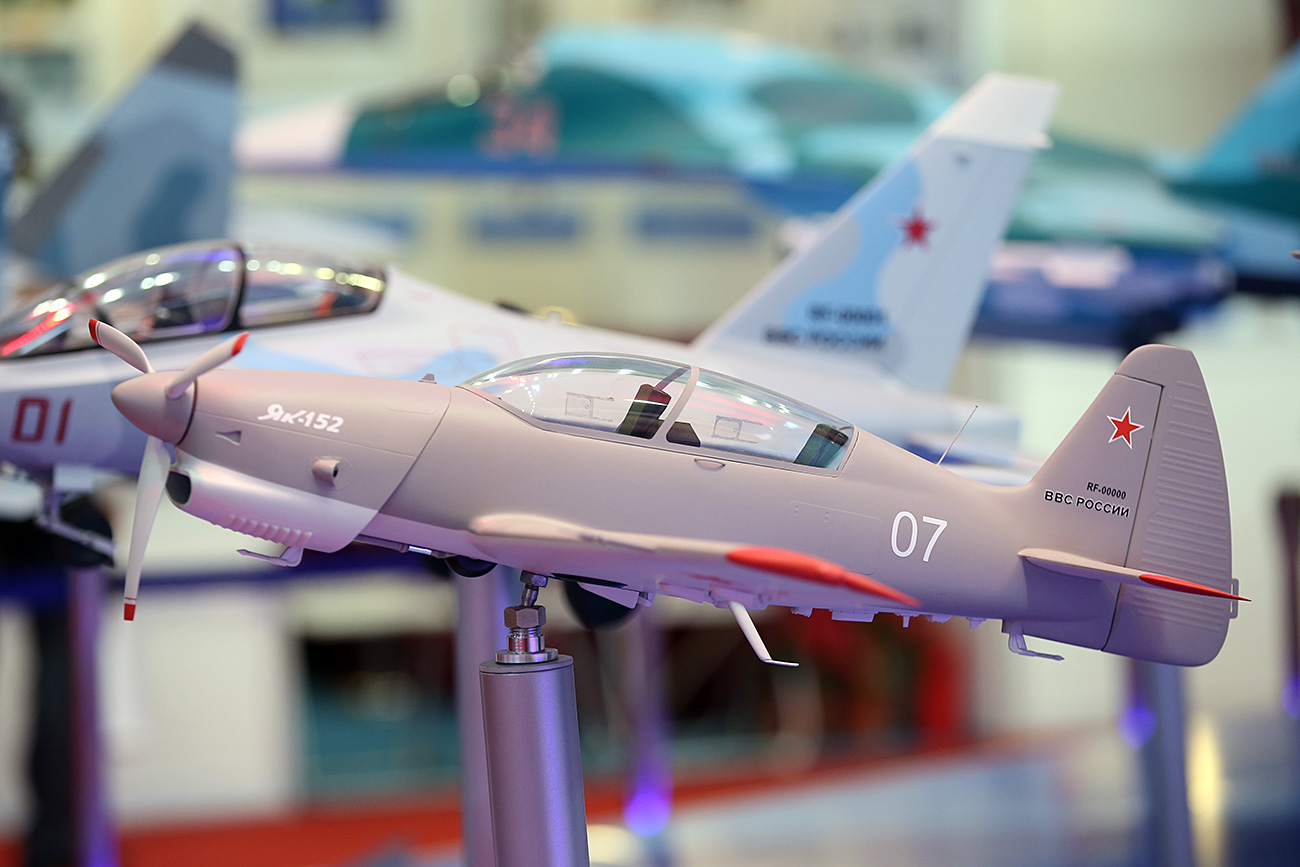 The front seat is occupied by the student-pilot, while the instructor occupies the back seat. The aircraft can be operated by one member of the crew.

The aircraft is equipped with the Zvezda SKS-94 super-light ejection system that provides safe emergency escape from the airplane at the flight speeds up to 400 km/h and altitudes of 10 to 4000 meters.

The simple design of the aircraft, short takeoff, and high safety features allow cadets to fly the Yak-152 without much preparation.

The aircraft can be kept outside hangars.

The Yak-152 can fly at any time of the day and in any in normal and difficult weather conditions.

No weapons are installed on the aircraft.

New cadets will undergo a rigorous training process, which has three stages: primary, advanced, and flights on real combat aircraft. Military expert Dmitry Litovkin told RBTH that this process is being restarted in Russia for the first time since the fall of the USSR.

During the Soviet days, pilots used to train on Czechoslovakian L-39 jet trainer aircraft. In 1972, this aircraft was chosen for primary training of combat pilots in the Warsaw Pact countries.

Both the L-39 and the Yak-52 are now obsolete and need to be replaced, Litovkin said. Attempts to use Yak-130 as a primary training aircraft also failed, he added. 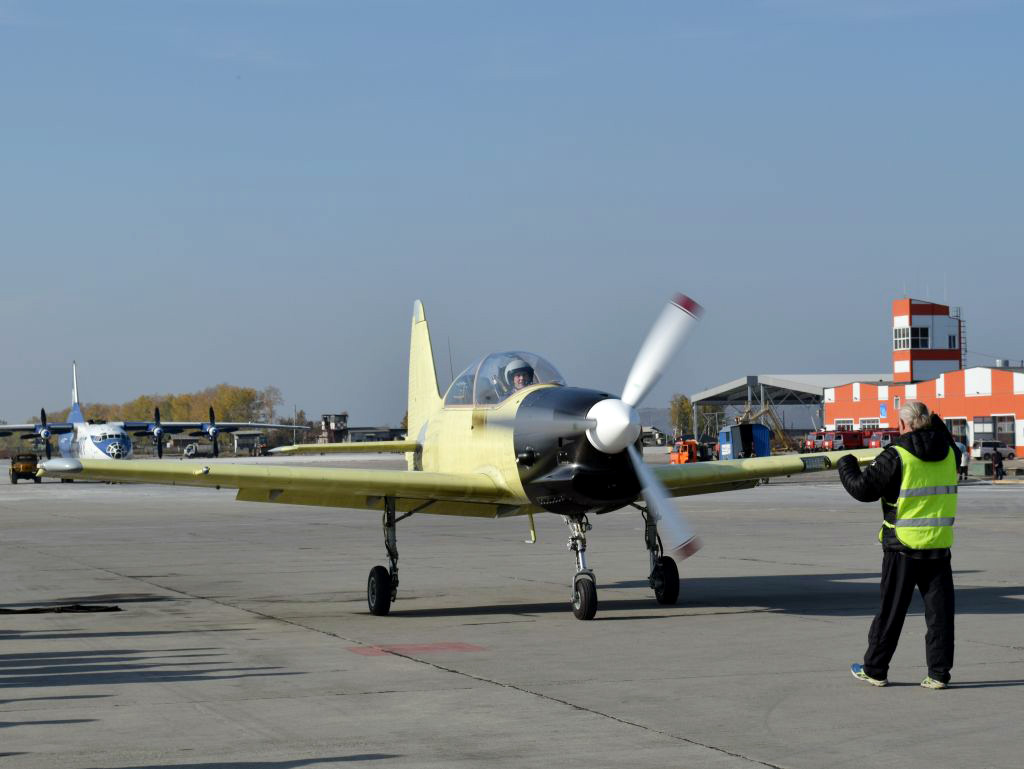 Beginners find it difficult to fly the subsonic Yak-130.  In addition, it is not economically viable to use the subsonic jet for training of novices, Litovkin said.

With the Yak-152 being inducted in the Russian Air Force, it will become the first aircraft that pilots test at the beginning of their training. After gaining more experience pilots move to the advanced stage of their training and fly the Yak-130.

The Russian Ministry of Defense has ordered 150 Yak-152 aircraft, and may order another 150 in the future.

The Russian Ministry of Industry, is optimistic about the prospects of exporting the Yak-152 to Asian, African and Latin American countries.

Belarus has already ordered 5 aircraft for its paramilitary sport organizations. The aircraft will also be used by similar organizations in Russia.

The Yak-152 will be used to train pilots who will eventually fly the Su-30 and the MiG-29. Countries that operate these aircraft like India, Vietnam, Indonesia, Iran, and Poland, may be interested in importing the Yak-152.

The software of the Yak-152 can be programmed to imitate any modern Russian combat aircraft.