How the Russian 6th generation fighter should be 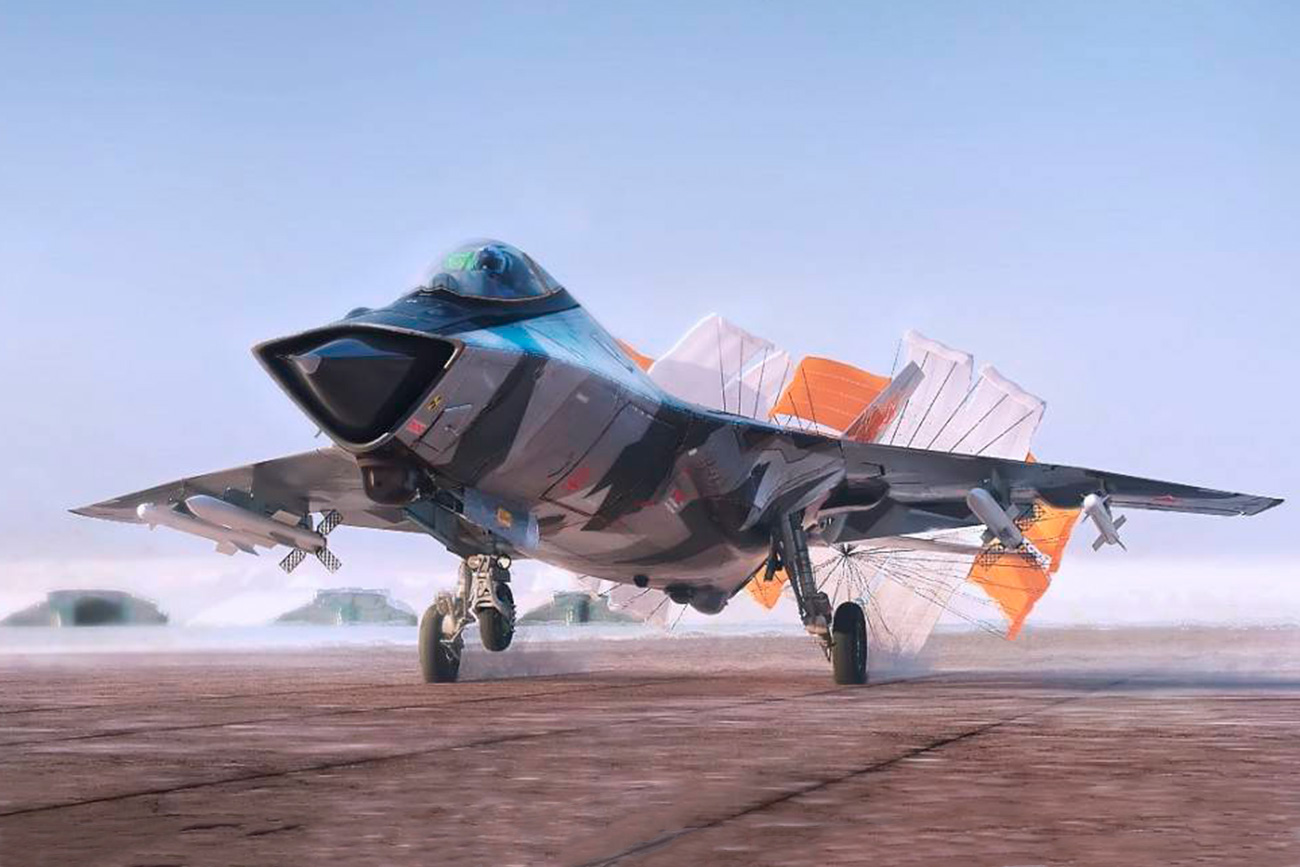 Alexander Yartsev ABiator (http://abiator.deviantart.com/)
A laser weapon, hypersonic missiles and a "flock" of drone fighter - everything that today appears like "science fiction" scientists plan to build in the upcoming decades for the 6th-generation fighter. The first developments of the future machine can already be seen today.

The fifth generation Su-57 (T-50) is just getting started. Nine such machines are undergoing various tests and next year should become part of the Russian Aerospace Forces.

Meanwhile, Russia is actively working on the next (6th) generation machine, said Deputy General Director of the Radioelectronnye Tekhnologie Corporation (RTC) Vladimir Mikheev in an interview with the Zvezda TV Channel during the recent MAKS-2017 aviation show.

According to Mikheev, the first model of the future plane will appear in 2030.

Mikheev is not going into the details of the future fighter and just says that the machine will be made of materials from the stealth technology. It will have engines that are capable of carrying out a cruise supersonic or even hypersonic flight.

But the most important thing, in his words, is that the future plane will have new super-intellectual equipment onboard that will allow the new generation fighter to fly at an altitude that is inaccessible to modern planes.

The war of the future

Deputy General Director of R&D at RTC Avionics Givi Djandjg said that the future generation fighters will not only be capable of carrying out tasks that today's planes cannot - flying at hypersonic speed, functioning autonomously without the participation of the pilot, etc. - but they will also use electronic warfare means both as weapons and as "power armor" that detects targets with its own locators and aims high-precision bombs at them.

This flying armada will work as a flock - coordinating its actions in a group without human control, exchanging reconnaissance and combat information and interacting with ground and space forces.

In Djandjg's words, this is called network centering and it is considered one of the most important indicators of the 6th generation fighter.

"From the electronics viewpoint, modern aircrafts have reached a level in which it is impossible to significantly improve their potential. Modifications of the Su-27, Su-30 and Mig-35 planes together with their engines provide only 30 percent superiority over the previous ones in terms of speed, maneuverability and so on. Also, with the creation of the new avionic "brains" the planes' effectiveness is greatly increased," remarked Djandjg.

He added that the only machine that is capable of demonstrating this in practice is the Su-57 fighter (T-50). For the first time it uses a radar with the active electronically scanned array (AESA).

The new locator can scan space and in less than a second move its vision 200 degrees to the sides of the fighter. It can also select targets, aim weapons at them, function as a means of radio-electronic counteraction, as well as create an electronic "invisible shield" around the fighter.

In the specialist's words, today the AESA helps realize the idea of network centering combat activity, when the fighter becomes a command point for the ground forces, the air defense systems and other groups of fighters.

With all this the 6th generation fighter can "burn" the eyes of enemy missiles, note the experts at RTC.

These tasks will be done by the radar with the AESA.

The system's antenna, according to Djandjg, is capable of transmitting the signal from jamming devices. Knowing that the Su-57's (T-50's) antenna covers basically 200 degrees around the fighter, it can be supposed that this ray can strike a plane's trajectory from the lateral surface or the edge of the wing.

Like in a science-fiction plane the machine will be surrounded by an electronic armor sphere, making it not only invisible for the opponent, but also making it act as a weapon that "turns off" the opponent's weapons systems.

Besides electronic weapons the 6th generation fighter will also have traditional weapons.

Mikheev says that they will be the super long-range hypersonic missiles that can strike air, ground and water targets.

They will use the "free hunt and collect responsibility" principle. This means that the group of new artificial intellect missiles selects the primary and secondary targets, arranges them and destroys them based on their priority.

'Comrade in Arms': Russia is developing a freethinking war machine

Russian army to be beefed up with anti-chopper mines