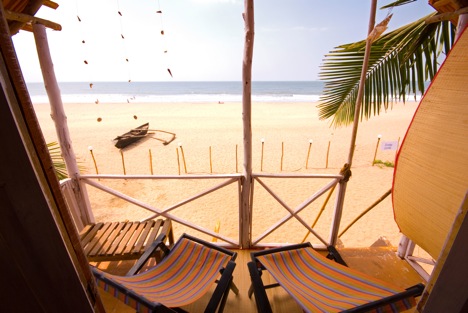 After the Russian passenger aircraft went down over the Sinai peninsula on its way from Sharm-el-Sheikh to St. Petersburg on October 31, Russians had to search for other holiday destinations. Thailand, Vietnam and India are now popular destinations.

Russians now prefer to holiday in Thailand, Vietnam and India, the Association of Tour Operators of Russia (ATOR) has concluded, referring to search requests entered on the Russian tourism travel portal – sletat.ru.

After air services were suspended with Egypt, and the recent cooling of Russian-Turkish relations, “resort” priorities of Russians who can afford trips abroad, have abruptly changed. Now the majority of search requests entered by Russian travelers no longer include the words Turkey and Egypt, as was the case just a few months ago, but Thailand, India and Vietnam.

In November 2015, only 13 countries of the Top-30, in terms of requests for tours, showed positive trends in demand, compared to October. Thailand is now the first choice, followed by India in second, and Vietnam in third place. The United Arab Emirates, Sri Lanka, Israel, Mexico, Bulgaria, Andorra, Abkhazia, Austria, China, and Jordan follow as choices.

In November, the overall number of searches conducted by tourists and travel agencies however, declined almost 40 percent from October (last year, this seasonal decrease was only 15 percent).

This negative trend in related queries is not due to the fall in income of holidaymakers travelling abroad, but rather the result of a growing number of “adventurers”, Rossiyskaya Gazeta was told by Galina Dekhtyar, Professor at the Department of Management and Service of the Russian Presidential Academy of National Economy and Public Administration. These are tourists who independently seek and book their hotel rooms, cottages and transport to destinations. Their markup margins are thus being reduced by most travel agencies, a necessary step so they can earn some money themselves, but also so they can stay in business and keep paying their employees.

According to Dekhtyar, people are now mainly interested in two areas; South-East Asia and Europe. However, each of these choices has its own risks. Europe is not very safe for tourism, because of the large number of recent migrants. South-East Asia is experiencing some seething stresses in internal politics and could, experience some political instability, with opposition protests erupting.

Meanwhile, barely two percent of Russians are planning to celebrate the New Year abroad, while the rest will stay home. Of those staying in Russia, 70 percent plan to listen to the midnight chiming of the clock at home, while 24 percent will be visiting friends and relatives. These figures were unveiled in a new poll conducted by the Levada Center. There are even “hermits”, those who intend to meet the New Year all alone, but these account for only 2% of the population.