Russia and India to cooperate on cinema 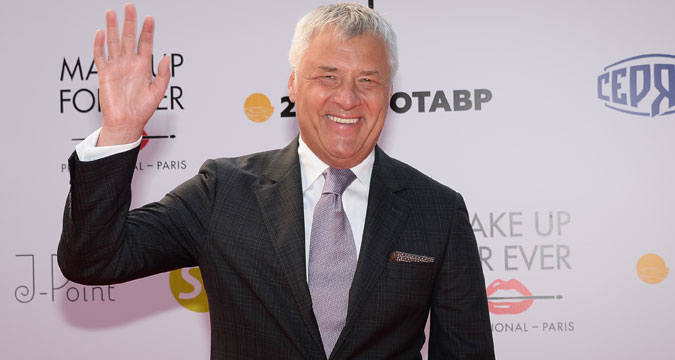 Ria Novosti/Ekaterina Chesnokova
Vyacheslav Telnov, Head of Cinematography at Russia’s Culture Ministry spoke about prospects of bilateral cooperation in cinema and the coming Year of cinema in Russia.

These are the first 'Russian Film Days' in India held on such a scale. How do you assess prospects of Russian-Indian cooperation in the field of filmmaking?

After a long break, we have started to show Russian films in India again. We would love to collaborate with Indian filmmakers. There are a lot of plans, but until now they have been reduced to the requirement to prepare an intergovernmental agreement in the field of cinema, which will affect joint cinema production, and a mutual film distribution. One purpose of my trip is to convey to Indian filmmakers that Russia is ready to cooperate.

When do you plan to start work on the agreement?

It has begun. The project is being considered by Indian colleagues. It may take about a year to get approved.

What other components will the agreement comprise?

Taxation, exchanging Russian and Indian cinema weeks. It is about creating conditions for fruitful bilateral cooperation in the field of cinema. Such documents are already in force with China and other countries.

On the interesting subject of taxation, some European countries offer Indian filmmakers to recoup some of cost of shooting. Do we have similar plans?

Yes, we do. We want to create a regional film commission. We plan to compensate filmmakers from different countries for a part of the costs spent on shooting in a particular region. This will be a lever to activate the joint cinema production.

When can such commissions be created? Which regions do you mean?

It may take form six months to a year. Crimea, Kaliningrad, Voronezh and Saint Petersburg.

The idea of creating film awards for each country was announced at the BRICS summit. Are these plans still in force?

It was about creating an Eurasian Academy, which would be similar to the "Oscars;" with the participation of Russia, India and China. We plan to award a prize every year from this Cinema Academy. It is difficult to say when we will start. This can be done at the Moscow International Film Festival (MIFF) and the biggest reviews in India and China.

When can the Eurasian Academy be created?

We expect to hold a presentation of the Eurasian Academy Award at this year's MIFF. I hope that in 2017 it will be in operation. At the moment, we are expecting proposals from India and China, and who will be the co-founders. In Russia, it is the National Academy of Motion Picture Arts and Sciences.

In India all films (on DVD) come with English subtitles. Why do we not have that?

We have also advanced in that direction. Since 2014, state supported contracts have included a compulsory item on submission of motion pictures with English subtitles.

The Year of cinema in Russia is next year. Is there a tentative programme of events?

We plan to establish 400 theatres in small Russian cities with a population of 100,000 people, which will be funded by the state and the Ministry of Culture.

Is it about building new cinemas?

It is about modernization of existing halls and equipping existing premises. We will re-open theatres where at least 50% Russian films will be screened.

What else is planned?

At the end of 2016 it is planned to open a new site for the "Soyuzmultfilm" studio. It is moving to new premises, and we will invest in its refurbishment and modernization. We want to open new "Lenfilm" studio workshops. Among the other events is the Russian young filmmakers Congress, presumably to be held at the end of August in Yakutia.

We also plan to hold the ‘Russian Film Days,’ on August 27, and hold a "Night at the Movies" promotion. At 22:00 and 1:00 we will be offering free Russian film sessions. We have never had such a large-scale nationwide event.

When do you plan to submit the final program?

After January 16, the government council will hold an Organizing Committee meeting, where the action plan for the Year of Cinema will be approved.

You belong to a generation who watched and loved the Indian cinema. Do you remember any movies?

As a boy I watched them, of course. Then I watched them again. These were films with Raj Kapoor and "Seeta and Geeta," and others. Indeed, Soviet audiences watched Indian films with tears in their eyes and a sense of compassion.

The interview was taken during ‘Russian Film Days’ festival in Mumbai. 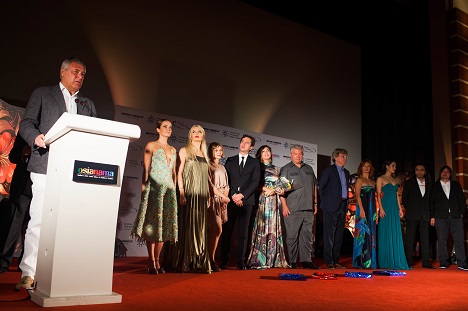