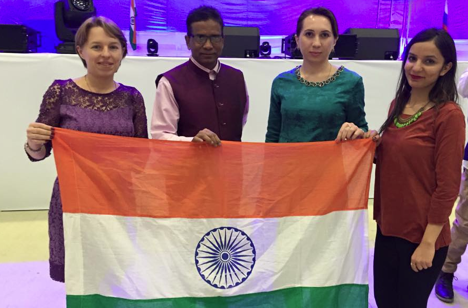 Rameshwar Singh met with representatives of the Medical Academy named after S. I. Georgievsky in Moscow in December, 2015.

About 700 students from India are presently studying in the Crimean Federal University named after V. I. Vernadsky.

The vast majority of them — at the Medical Academy named after S. I. Georgievsky. Indian students are inclined to actively participate in joint Indo-Russian activities, promoting information about Indian culture in Crimea. This was told by the medical academy administration's representatives, at a meeting with Rameshwar Singh, President of the Indo-Russian Friendship Society — DISHA, held recently in Moscow. They also proposed to establish contacts with Crimean social organizations.

Founded in 2010, the friendship society "Disha" unites those Indians, and Rameshwar Singh is amongst them, who have graduated from Soviet and Russian universities. And, Russians, who are interested in establishing business, scientific and cultural contacts with India. "Disha" has gained recognition in Moscow and the regions thanks to the colorful celebrations, competitions, contests and exhibitions organized by the society. These are devoted to the national festivals of India and Russia.

Artists, professionals as well as amateurs are invited to perform Indian dances and songs in these festivals. Russian and Indian students, studying in the universities of Russia, gladly participate in such festivals.

We are pleased to include in our activities — Crimeans and Indian students from Crimea — notes Rameshwar Singh. After all, the number of Indians getting admitted into the universities of Crimea is increasing.

The Indian business community is also showing interest in Crimea. Presently — continued the head of "Disha" — we are in the process of establishing ties with the social organizations of Crimea. Our society is ready to assist in the organization of performances of Indian artists in Crimea.

The next project of "Disha" — is organization of the spring festival. It will unite three festivals: International Women's Day on March 8, Russian folk festival — the Maslenitsa festival (winter seeing off) — "the Crepe Week" and the Indian festival of colors Holi. The program includes folk festivals, concerts of singers and dancers, fair souvenirs from India and Russia, tasting of Indian cuisine and traditional Russian pancakes at the Maslenitsa festival. The planned venue: Moscow and nearby cities. In addition, after the festival — Russian-Indian meetings, student concerts, poetry contests, photo exhibitions organized by the "Disha" society are planned to be conducted in Crimea. To begin with — at the Medical Academy named after S. I. Georgievsky and at the Crimean Federal University named after V.I. Vernadsky. 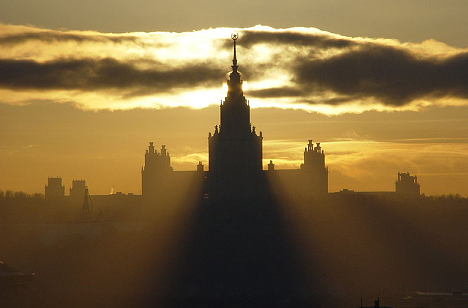