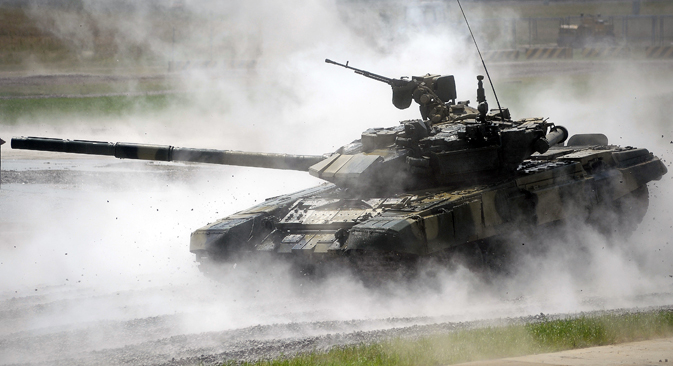 Russia had completed the full cycle of testing on the T-90MS, which is the latest export version of the T-90.

Russia is in talks with India about the possibility of concluding a contract to supply the latest Russian T-90MS battle tanks, a representative of Uralvagonzavod (UVZ) machine building company said Friday.

"Negotiations are under way on the possibility of signing a new contract with new conditions, to supply India with T-90MS," the representative told RIA Novosti.

There is currently a contract in place between Moscow and New Delhi for the licensed production of T-90S tanks in India.

On Wednesday, a Uralvagonzavod spokesperson told RIA Novosti that Russia had completed the full cycle of testing on the T-90MS, which is the latest export version of the T-90.

T-90MS, also referred as Tagil, was first unveiled in 2011. It was proposed for the Russian Army and possible export markets, including India.

The tank uses the same type of ammunition as the T-90, but includes additional countermeasures to significantly reduce the chances of being hit by enemy anti-tank semi-automatic guided weapons.