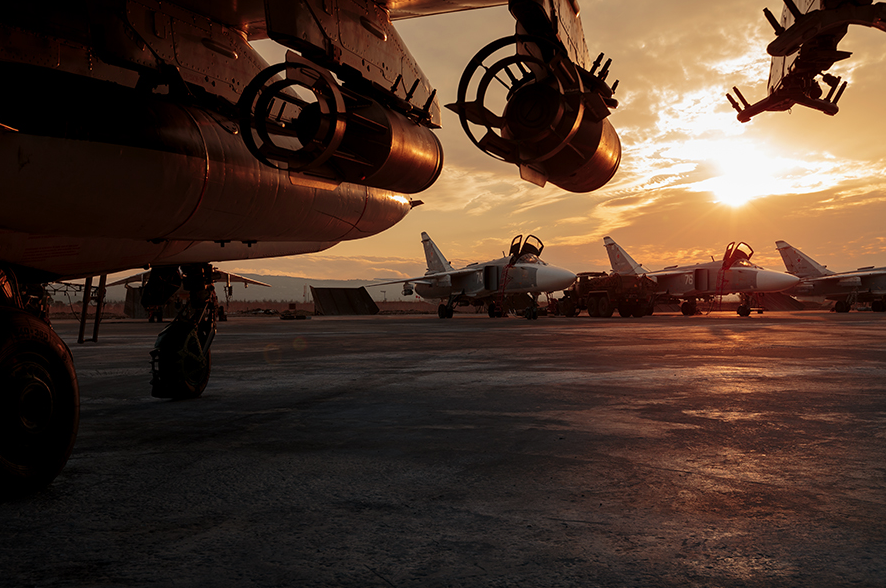 In Syria, Russia demonstrated the capabilities of its military hardware, attracting the attention of potential customers.

mil.ru
The financial costs of Russian air force operations in Syria have totalled $464 million. Russia, however, could earn far more from its involvement. Potential export contracts for weapons systems tested in Syria could reach $6-7 billion over the next few years.

These costs, however, do not appear excessive given the likely dividends the Syrian campaign could produce. Several military sources told ‘Dengi’ business magazine that, since the start of the Syrian campaign, the Federal Service for Military-Technical Cooperation has been approached by many countries expressing interest in Russian defence equipment, particularly aircraft.

“On the one hand, (in Syria) we have demonstrated the capabilities of our military hardware, attracting the attention of potential customers; on the other, more than half of all our pilots have received practical combat experience,” said a source involved in military-technical cooperation with foreign countries.

Algeria ordered 12 Su-32 bombers in December 2015. Sergei Smirnov, director of the Novosibirsk-based Chkalov Aircraft Plant said discussions about a possible deal with Algeria had been dragging for eight years. The bomber’s successful performance in Syria has given a new impetus to the negotiations.

According to Dengi sources, the first squadron of Su-32s will cost the Algerian military around $500-600 million. A future purchase of six to twelve more aircraft is likely. At the same time, talks about the acquisition of at least 10 Su-35S fighters are expected to begin. A firm contract for this amount of aircraft is estimated to be worth around $850-900 million.

Another breakthrough is the signing of a deal to supply some 40 Mi-28NE attack helicopters to Algeria. The first batch is ready to be dispatched. These aircraft had been purchased by Iraq for its fight against the Islamic State. The Algerian contract for the Mi-28NEs is estimated to be worth $600-700 million.

Su-35 fighter jets have also stirred interest among customers in Indonesia, Vietnam and Pakistan. Each of these countries has had experience operating Soviet and Russian aircraft, but they want to considerably upgrade their fleets. In the case of Indonesia and Vietnam, contracts worth over $1 billion are being discussed. Indonesia may seek a loan for the deal.

In the case of Pakistan, things are a little more complicated. In addition to a grave economic situation, any potential deal is threatened by geopolitical aspects related to neighbouring India. Dengi sources say that even in the best-case scenario, Pakistan would not be able to buy more than six aircraft. Yet, even such a small contract is estimated to be worth approximately $500 million.

The Ka-52 Alligator helicopter has also attracted attention. Rosoboronexport, Russia’s state agency for military exports, has signed a contract with Egypt for the supply of 46 helicopters, with deliveries scheduled to start in 2017. It is expected that the demonstration of the Ka-52’s combat characteristics during the operations in Syria would help find new customers for the aircraft, particularly in West Asia.

Another case in point is the T-90 tank, which withstood a hit by the U.S.-manufactured TOW anti-tank missile system during fighting in Syria. The incident was even captured on camera, and will be used in negotiations with clients, a senior manager at a defence industry enterprise told Dengi. The list of potential clients for this tank includes Iraq, Iran, other Persian Gulf countries and former Soviet republics.

The use of the S-400 (Triumf) air defence systems in Syria has boosted interest in this weapon in Saudi Arabia and has served as an impetus for more active talks with India. In either case, the contract may be worth $2-3 billion, depending on the number of missile systems purchased.

Konstantin Makienko, deputy head of the Centre for Analysis of Strategies and Technologies has noted a real spike in interest in Russian weapons during and after the Syria campaign, but points out that, “so far it has not been reflected in firm contracts.”

Contracts should be negotiated straight away considering the current exchange rates, Makienko explains. Given the production cycle, the final settlement of accounts will be carried out no earlier than 2-4 years from now.