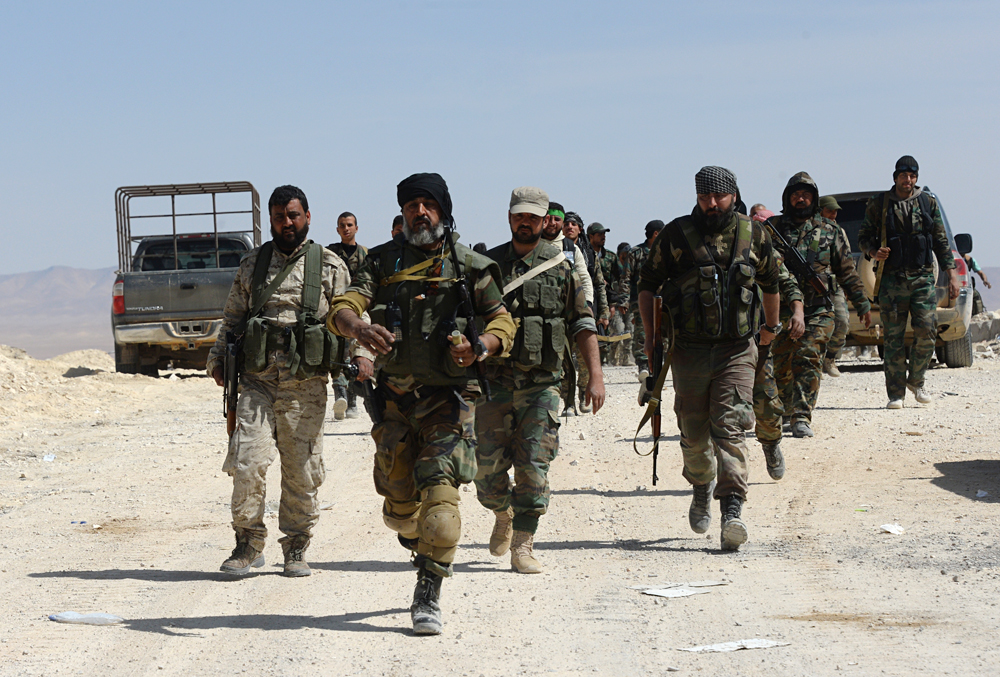 The Syrian army will employ forces three times more powerful than the militants.

Mikhail Voskresenskiy/RIA Novosti
The Syrian armed forces, supported by Russian troops, have begun a major offensive in the urban neighbourhoods south of the city of Aleppo. The plan, however, is not to storm the city. We look at what could happen and who will participate in the offensive.

The Syrian army began an assault on positions of the radical Islamic Al-Nusra Front in the suburbs of Aleppo on April 12, reported the Associated Press.

Lieutenant General Sergei Rudskoi, Chief of General Staff Main Operations said Syrian government forces, with Russia's support, are not planning to storm the city, but are merely trying to prevent a terrorist blockade of Aleppo.

"If we don't prevent the terrorist operations, Syria's northern regions may once again find themselves in a blockade. That is why all the activities of the Syrian Army and Russian aviation are directed to undermine the plans of the Al Nusra Front gangs," said Rudskoi.

The Defence Ministry has information about the militants preparing a large-scale offensive aimed at cutting off the road connecting Aleppo with Damascus.

How are Syria and Russia planning to counter the militants?

The Syrian army will employ forces three times more powerful than the militants, a tactic that is necessary for any successful offensive in an urban context, explained Ivan Konovalov, director of the Moscow-based Centre for Strategic Affairs.

"Besides the Syrian national army, ‘our side’ will also have the military participation of units from the Iranian Revolutionary Guards and Hezbollah,” he said.

Viktor Litovkin, a military observer for the TASS news agency, noted that the enemy would be difficult to flush out of Aleppo’s streets and residential areas.

"The problem is that the militants are hiding in densely populated urban neighbourhoods. Aleppo is Syria's second largest city and operations in an urban context can be conducted only in a ‘surgical way’: with ground forces and with Special Forces," he said.

Litovkin added that the U.S. and the international coalition forces will continue the war with the militants, but will carry out independent operations in neighbouring regions.

"They will not participate in the offensive with the main forces supported by Russia's air force,” he said.

The political aspect of the battle for Aleppo

The fact that the U.S. and the international coalition forces are not participating in the operation demonstrates that Washington and Moscow have not been able to work out a united position on Syria.

"Now there will be a wave of declarations against Russia, saying that it is bombing the wrong forces and is killing civilians," said Fyodor Lukyanov, editor-in-chief of the ‘Russia in Global Politics’ magazine.

But unfortunately, he continued, people die in every war. Nevertheless, cooperation between Russia and the West on the Syrian issue has never been as stable, despite the radical changes in relations in recent years.