Tor-M2U: ‘The Russian bagel’ is a class apart 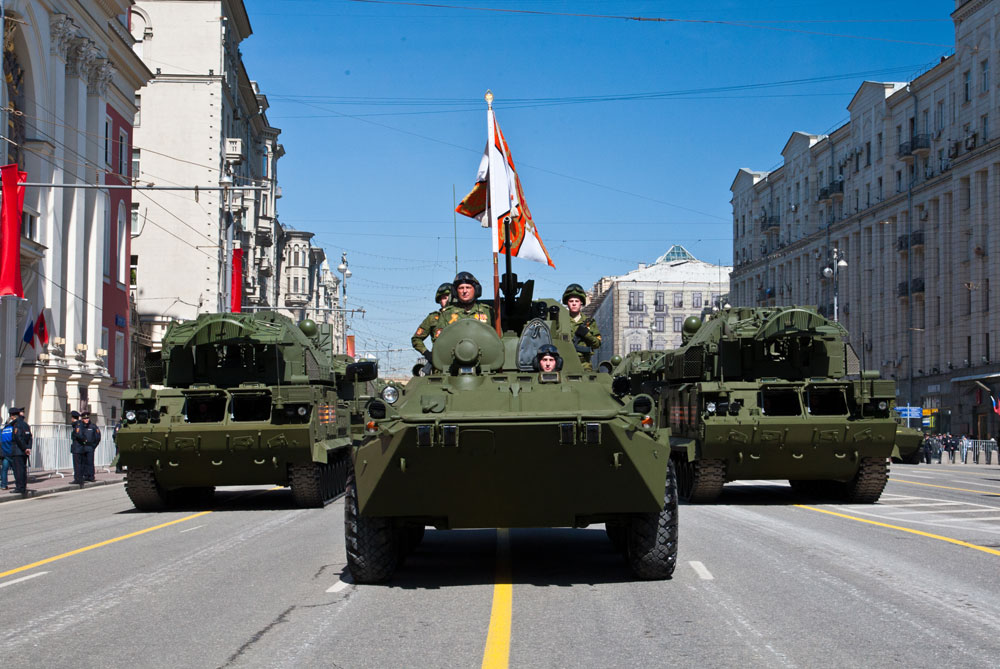 The Victory Day Parade will be help on May 9. The Tor-M2U air defense system will be one of the main machines to feature in the parade.

Press photo
We visit the Kupol factory, which produces the short-range Tor-M2U air defence system on the eve of the Victory Day Parade at the Red Square. Find out why the weapon named after the Norse god of thunder and lightning is called the "Russian bagel."

The ‘Tor-M2U’ air defence system, which analysts claim is named after the Norse god of thunder and lightning Thor, will be among the main machines to feature during the May 9 Victory Day parade on Moscow’s Red Square. The system is designed to destroy enemy weapons at short range, as they fly towards their target at a radius of 15 kilometres (9.3 miles). RIR visited the factory that produces the Tor-M2U and discovered the capabilities of this unique air defence system.

What is the Tor-M2U air defence missile system?

The Tor-M2U air defence missile system is made in the Kupol factory (part of the Almaz-Antey military space defence concern) in the city of Izhevsk (750 miles east of Moscow). The company today is one of the key suppliers in the world's defence industry.

"The Tor-M2Us are unique systems, capable of countering any attack weapon. In September 2015 we conducted successful tests, destroying the potential enemy's rockets moving at a speed of 25 km/h [an imitation of a moving armoured vehicle column – RIR]," said Kupol's general director Fanil Ziyatdinov.

Under the machine's hatch there are eight vertical missiles that, within a matter of seconds, can destroy any air target at a distance of 1-15 kilometres. The system can strike anything: guided missiles, ballistic or winged missiles, aerial bombs, homing missiles fired from precision weapons, airplanes (fighters and attack aircraft), helicopters and reconnaissance and attack drones.

Ziyatdinov said the air defence system's ability to maintain ceaseless fire while it is moving makes the Tor-M2U the best in its class.

"The machine can resist temperature changes from -50 to +50 Celsius and can withstand the potential enemy's attempts at interfering with its radio frequencies. The system detects up to 48 targets and can maintain fire on four objects in circular range," he explained.

Ziyatdinov also said the production of the Tor-M2U has increased significantly since 2008, with supplies going to both the domestic and foreign markets. Currently, they are trying to adapt the system to ships and to destroying potential enemy missiles above the water's surface.

But it's still a bagel

According to a source in Russia's defence industry, the ‘Tor’ is different from similar systems in that one single chassis contains all the system's components: locators for target detection, support and guidance, as well as destruction systems.

"This machine comes on a crawler or a wheeled chassis. It can be put on railway platforms or on ships. It is universal and can destroy any target with precision of 97 out of 100," added the source, who claimed that not one system in the world offers such possibilities; neither the American Chaparral, nor the British Rapier, nor the Franco-German Roland-5, not even the French Crotale NG.

The source said the system is named in honour of the ‘Torus’ geometrical figure or, as ordinary Russians say, a bublik (bagel), which gathers the debris of the striking part of Tor's missile as it is flying towards its target.

Other analysts and specialists, however, insist that the system was named in honour of the belligerent Norse god of thunder and lightning, Thor.