Is Russia’s reformed military a cause for global concern? 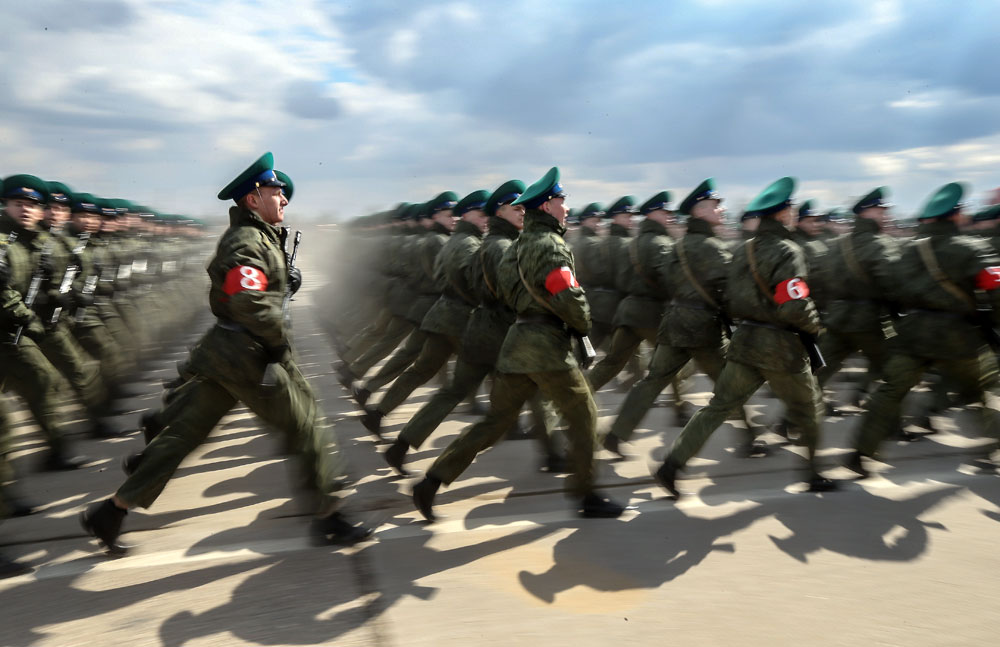 A well-trained and organized army allows Russia to protect its interests in regions vital for the country’s security.

Sergei Savostyanov / TASS
It has taken two defence ministers and years of reforms for the Russian army to transform from a bulky army into a modern, capable fighting force. Most observers are still struggling to grasp the scale of transformation, while others are concerned that they signal the likelihood of Russia being more inclined to resolve disputes by force.

Russia’s Syrian campaign has revealed the extent of transformation in the Russian military that has occurred since Moscow launched military reforms in 2008. The phenomenal capabilities employed by Russia during the Syrian operation surprised the West, the latest Chatham House report on Russia indicates.

“There are two different militaries fighting between 2008 and 2014,” said Michael Kofman, a fellow at the Kennan Institute of the Wilson Centre, specializing in Russian military analysis.

The success of Russia’s campaigns in Crimea and Syria, however, raise a new question: Will Moscow now resort to military force more readily to pursue its political interests?

The ongoing reform of the military began in 2008, after the poor performance of Russian troops in combat with the Georgian army in the 10-day Russo-Georgian War. Russian forces prevailed in the conflict but suffered unexpectedly heavy losses.

“This minor conflict exposed many weaknesses of the Russian forces: lack of readiness to repel the aggression of a small state and the sluggishness of the Russian military machine,” said Viktor Litovkin, a retired colonel and military observer for the TASS news agency.

A column of Russian armoured vehicles moves along a road in South Ossetia, near the border with North Ossetia August 23, 2008. Source: Reuters

Litovkin explained that a commander of one of the four newly formed military districts acquired the authority to control all branches of the military based in his area of control, including ground troops, aviation, air defence, and naval forces. This new arrangement enhanced coordination between various army branches which had failed to act in harmony during the Georgian conflict.

Another measure saw heavy divisions replaced with brigades half as large to improve the army’s mobility. The introduction of brigades adopted by the Russian army for the mountainous terrain of the Caucasus, enhanced its manoeuverability, said Litovkin.

This novel method has allowed Russia “to move the armed forces around its land mass at short notice,” said Kofman. Divisions remained in other military districts that could sustain a larger organization of troops, including in the west of the country.

Temptation to resort to force?

While the military’s recent achievements is pleasing to the political leadership in Russia, others worry about Moscow’s growing military might. The more capable the Russian military becomes, the more likely Moscow is to use it to exert political pressure on other countries, say critics.

Russian servicemen near a Sukhoi Su-30 fighter aircraft at the Khmeimim airbase in Syria, May 4, 2016. Source: Maxim Blinov / RIA Novosti

“The trend of the past 10 years appears set to continue. The more Russia develops its conventional capability, the more confident and aggressive it will become,” wrote Keir Giles, a director of the Oxford-based Conflict Studies Research Centre, in the latest Chatham House report on Russia.

Many, however, view a modernized military as a basic need of any country seeking security and engagement in international politics.

“When diplomats have leverage represented by a powerful army it produces a certain effect, but that does not mean Russia will necessarily use it,” said Litovkin.

A well-trained and organized army allows Russia to protect its interests in regions vital for the country’s security. In Syria, the activity of Russia’s aerospace contingent helped diplomats to achieve a widely acclaimed agreement on the cessation of hostilities, while keeping radical and terrorist groups at bay.