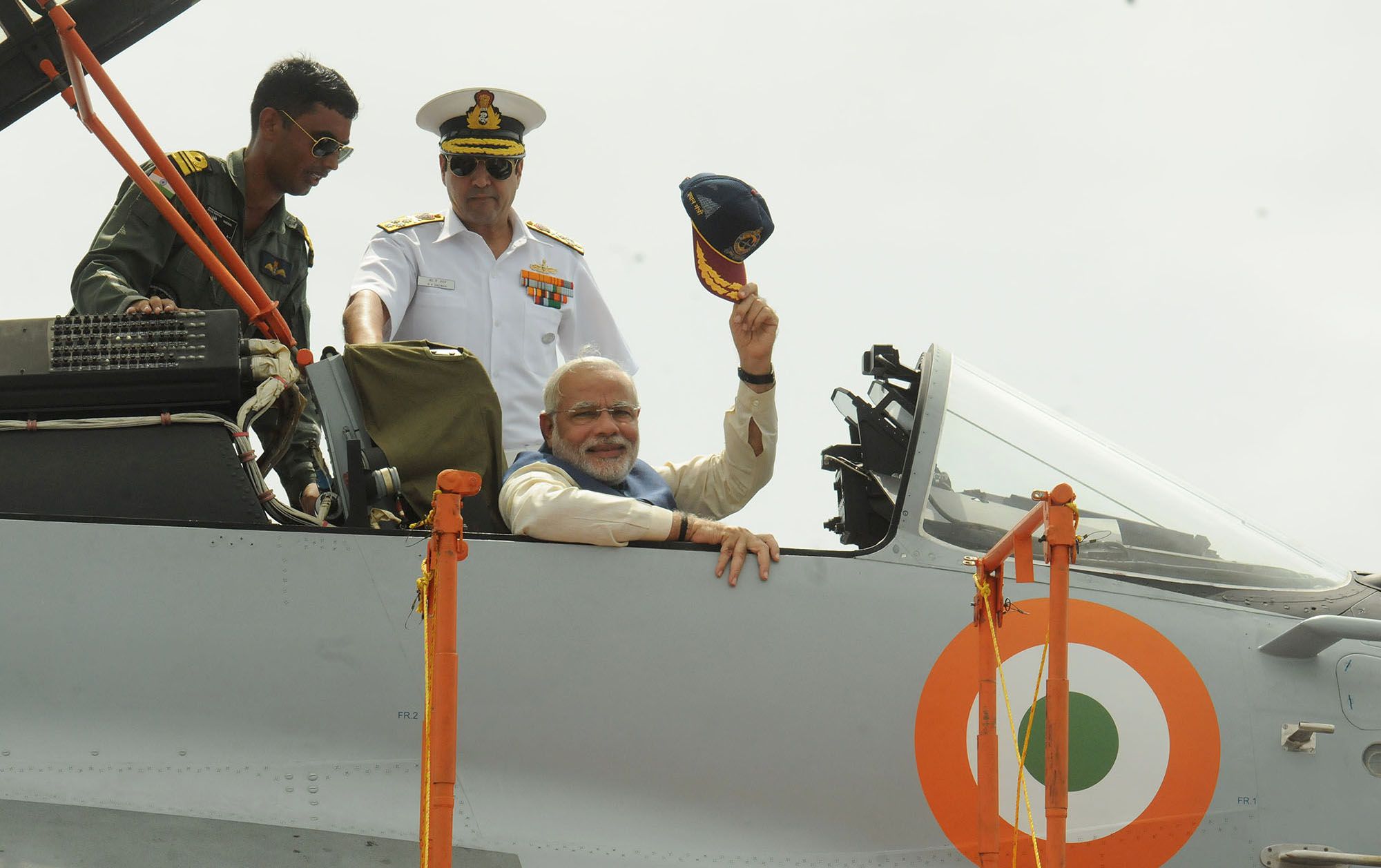 The defence industry was among the 25 sectors of the economy, to which ‘Make in India' pays attention.

narendramodi.in
In New Delhi, the government has decided to upgrade Russian-made air defence systems at its own factories, defending the interests of its military industry. We assess Russia’s prospects in the most competitive arms market.

The Indian Defence Ministry has asked Indian military enterprises to repair the S-125 "Pechora" anti-aircraft missile systems by themselves, as a part of the ‘Make in India’ programme.

The Indian Air Force (IAF), to which the air defence systems are accountable, placed a $ 272 million tender in May to fit new digital technologies into the S-125 subsystem. Inquiries inviting participation in the tender were sent to a number of Indian companies.

However, according to the Defence News portal, Indian defence companies are not adequately equipped to carry out this modernization. According to an anonymous IAF employee, Indian factories will require technical partnership with foreign collaborators to complete the order.

Is old Russia better than the new Israel?

Reports in early May 2015 said India has agreed with Israel on joint production of an air defence missile system, to replace the S-125.

For a variety of reasons, production of the new systems has been postponed, and New Delhi has decided not to write off the Russian equipment, but upgrade it according to the new requirements.

The "Pechora" modernization program will include reconstruction of the missile homing radar, and integration into the IAACCS system for synchronized control by the IAF. This will enable the system to work for another 10 years. Modernization involves digitizing a number of system components. Whoever wins the tender will have to supply the IAF with 16 upgraded S-125 units within 42 months after signing the contract.

"The Indian defence companies are developed enough to build a subsystem, so that they can purchase their projects from foreign companies," said an anonymous BBC representative, referring to the Russian manufacturer of "Pechora;" the "Almaz-Antey" corporation.

Shortly after he assumed office, Indian Prime Minister Narendra Modi launched the ‘Make in India’ programme, aimed at increasing India’s production capabilities. The defence industry was among the 25 sectors of the economy, to which ‘Make in India' pays attention. New Delhi has limited the volume of foreign investments in the defence industry to 49 percent.

A logical extension of this initiative was the "Defence procurement procedure", launched in March 2016. This document is aimed at increasing the role of the domestic private sector in Indian military production.

In a conversation with "Gazeta.Ru", Timofei Borisov, a specialist on International Relations, said the Indian arms market is one of the most open and competitive in the world. This is because of the self-sufficiency policy in the military sphere which Indian authorities have pursued for decades.

"Certainly, the country pursues an independent military and technical policy. One way to ensure independence in this sector is the diversification of sources of arms that the Indian leadership has purposefully conducted since they became independent", - said Borisov.

Even during the "cold war" years, the Indian defence establishment tried to maintain a balance between procurement in the Western and the Eastern blocs. This was a development of the policy of former Indian Prime Minister Jawaharlal Nehru, one of the founders of the Non-Aligned Movement.

However, according to experts, Indian manufacturers will not be able to become one of the world's leading defence industries for a long time.

India is unlikely to pose any significant competition for either Russia, or China, or the West, as it is limited by a narrow range of supply of arms to developing countries, primarily in the Southeast Asian region.

According to Borisov, Indian authorities are not restricted by the new protectionist measures, instead using them, paradoxically, to expand prospects of Russian suppliers.

"In the prevailing circumstances, Russia gets a competitive advantage, which is reflected in the willingness to grant licenses to manufacture and develop joint projects. Other suppliers, at least for now, are much less flexible in technology transfer," said Borisov.

India is still interested in Russian equipment that is not used by Moscow now, having become obsolete. These include the S-125 "Pechora", which Indians intend to modernize. Russia withdrew these air defence systems in the 1990s.

"The majority of the 30 system units [available in India] are out of date; however, extension of their operation has been approved. These are still very powerful and capable anti- aircraft defense systems," said Indian Marshal Daljit Singh.