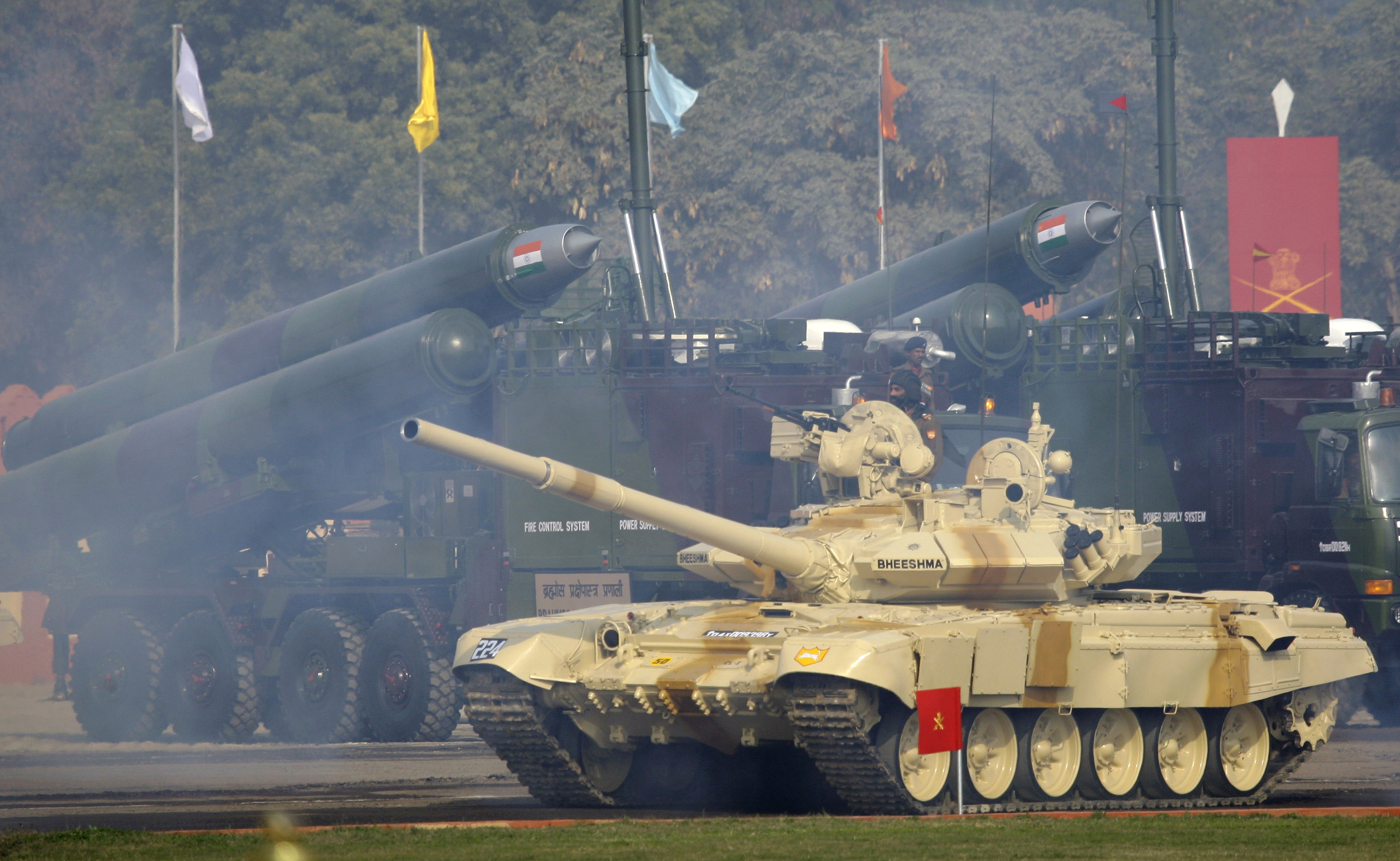 AP
Despite India diversifying its sources to procure defence equipment and weaponry, the India-Russia cooperation in defence remains strong, as a variety of forthcoming projects show. The main advantage for Russia is the fact that Moscow has always been willing to transfer technology to its strategic partner.

Victor Kladov, Director of International Cooperation and Regional Policy of the state corporation ‘Rostec’ told ‘Izvestia’ that New Delhi intends to strengthen its combat preparedness through procurement, as well as through joint production of Russian arms and equipment.

“India is one of Russia’s main strategic partners in the sphere of military and technical cooperation,” said Kladov. “Our relations have a planned, long-term nature. We have a number of joint ventures in India: in future, they plan to produce at least 1,000 T-90 tanks, 250 Su-30MKI fighters and 200 Ka-226 helicopters.”

“India's annual GDP growth rate is close to 9%, which has enabled the country to buy whatever they want,” said Vadim Kozyulin, professor of the Academy of Military Sciences. “In this regard, we happen to have enough "white spots," he said.

As a result, India has started to increasingly pay attention to the western military products rather than Russian ones. Russia has consistently lost several major tenders for the supply of military transport aircraft to India. Instead of the IL-76, New Delhi preferred to buy six American C-130 Super Hercules planes for which India has paid nearly $ one billion. The figure is astronomical, compared to that of the IL-76.

“Russia’s most modern MiG-35 is inferior to the French Rafale, the combat helicopter Mi-28N is inferior to the US AN-64 Apache, and the heavy transport helicopter Mi-26T2 is inferior to CH-47 Chinook. And this is despite the fact that the Russian car is more modern, it is fully digital, flies one and a half times further and has twice the volume of the cargo compartment, than its American counterpart. But in the long term, Moscow and Delhi have larger projects,” said Kladov.

One of them, for example, involves building a second aircraft carrier for the Indian Navy. The second one is the nuclear aircraft carrier project 23000 "Storm". The concept of the ship was developed in the Krylovsky research centre along with the Nevsky engineering company. The British edition of Defense News, authoritative in the field of defence policy, reported that plans for the project have been presented to the Indian Ministry of Defence. The ship has a displacement of 100 tonnes, it is 300 metres long and 40 metres wide. It can accommodate between 4,000 and 5,000 crew members and perform combat missions at sea. The carrier  will be able to accommodate up to 100 aircraft of various classes.

The "Storm" can take the carrier-based fighters MiG-29K / KUB available in Delhi and the promising FGFA (export name of the PAK FA or T-50 in the Indian version: Fifth Generation Fighter Aircraft). After several years of negotiations New Delhi has decided to ease its requirements for the fighter and is ready to sign a contract, under which both countries will contribute $ 4 billion instead of eight, as earlier envisaged. This corpus will include the cost of prototyping, test programmes, construction of production facilities and assembly lines, warehouse and support facilities, as well as the production of at least 200 vehicles.

“In India, there is a big controversy surrounding the delivery of the French fighter aircraft Rafale,” said Ruslan Pukhov, head of the Centre for Analysis of Strategies and Technologies. “In violation of the contract, not only has Paris, raised the price per aircraft twice, but it also refuses to transfer the basic machine technology to Delhi. We have not had this kind of problem with Russian equipment. We have already passed on the production of T-90 tanks, Su-30MKI fighters to India and are preparing a site for production of our advanced Ka-226 helicopters. I am sure we will improve production and the FGFA,” Pukhov said.

Pukhov noted that the process of building military-technical relations and technology transfer has nothing to do with politics. Moscow, providing its own equipment and designs, reserves the right for New Delhi to dispose of them on their own, said Pukhov.

A key example is the supersonic anti-ship "BrahMos" missile.

Company spokesman Praveen Pathak told ‘Izvestia’ that the missile has now been placed into service for the Indian Navy and the Indian Army. It will be tested in September along with the armed Su-30MKI armoury. Russia has given full rights for India to promote the missile in any market.

“In the period from 2012 to 2015, India signed 162 contracts for purchase of weapons, including 18 with Russia and 13 with the Americans. The number is not so impressive, but these contracts are very large, and determine the future. Unlike the West, not only are we ready to supply the equipment, but also to transfer the technology of its production, which the West never does,” said Kozyulin.